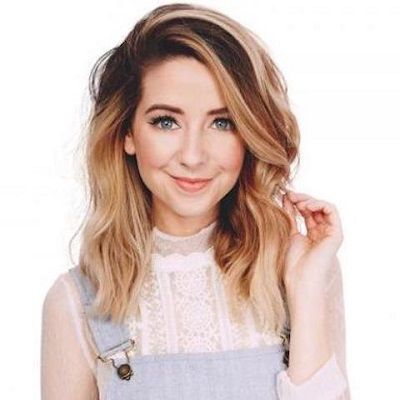 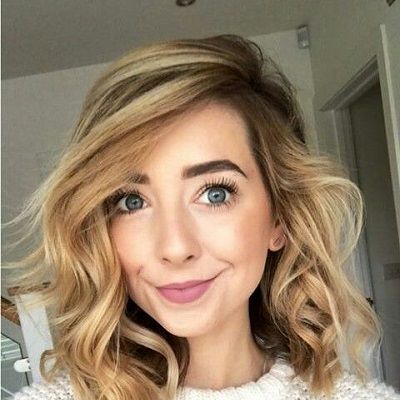 Zoe Sugg is a British Fashion & Beauty Vlogger. Zoe Sugg is an author, vlogger, and businesswoman famous for her Youtube channel Zoella.

Zoe Elizabeth Sugg was born on 28th March 1990 and is currently 32 years old.  Her zodiac sign is an Aries. She was born in Lacock, Wiltshire, England. Likewise, she is British by nationality while her ethnicity is white. Regarding her religion, she believes she is an Atheist. She is the daughter of Graham Sugg and Tracey Sugg. Furthermore, in her childhood, she was brought up along with her sibling Joe Sugg a Youtube vlogger who is her brother. 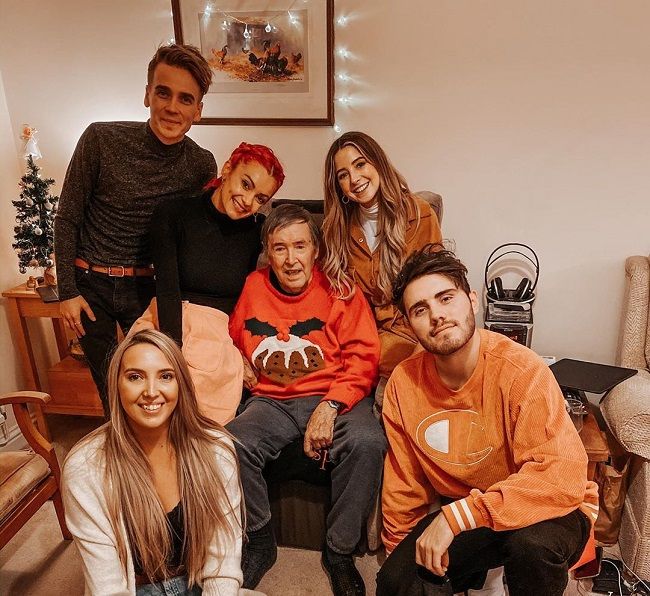 Likewise, reflecting upon her educational background, she attended Corsham School for her secondary school. Later she attended art college and majored in Arts.

She began her career as an interior designer right after she attained her college degree. Likewise, while working as a trainee at an interior design company, she started writing blogs too. She created her blog named‘ Zoella’ which made her rise to fame. She created the blog in 2009, which she created in the year 2009. It gained more than a 500Million visits by the year 2015. After writing many blogs, she soon got accomplished the best-selling author tag.

Furthermore, she did her first debut novel, ‘Girl Online’ was released on 25th November 2014. This book was about a 15-year-old anonymous blogger whose blog goes viral. It targeted young adult audiences and the book soon became the fastest-selling book.  Moreover, she got an opportunity to collaborate with famous Penguin Books and signed a two-book deal with it. Likewise, soon she launched the sequel of the book, Girl Online: On Tour on 20th October 2015.

Moreover, besides fictional works, she has also written non-fiction books too. She published a book, ‘Cordially invited’ which was a guidebook offering advice on how to entertain guests at home and plan for the celebration. This book was published in October 2018 by Hodder & Stoughton.

As a multitalented lady she is, she has also been featured in songs. She did a charity performance with Band-Aid 30, a charity supergroup that was raising money for the Ebola Virus epidemic in West Africa. The single ‘Do They Know its Christmas’ was No.1 on the UK Official Singles Chart.

Likewise, she has also appeared on the popular British talk show ‘This Morning’ where she talked about an issue related to social anxiety. Furthermore, she also appeared as a guest panelist on the daytime chat show ‘Loose Women in June 2014. She has also taken part in the Comic Relief edition 2015 of The Great British Bake Off.

Moreover, besides this, she was featured in Television, Print, and Billboard advertisements on Youtube in the UK. Furthermore, she appeared on a Podcast series, ‘Happy Place’ which is presented by Fearne Cotton.

Furthermore, she is a member of the Style Haul network which is a marketing and media service technology pioneering brand content on digital media. Likewise, Joe has also appeared along with many members in Daily Mix. It is featuring beauty and makeup, fashion, music, giveaways, and challenges.

Moreover, besides this, she has also collaborated with fellow Youtubers including, Louise Pentland, Tanya Burr, Alfie Deyes, Tyler Oakley, Miranda Sings, Troye Sivan, and many others. Furthermore, she was also titled ‘Britain’s most influential Tweeters’ by the famous British national daily The Telegraph in the year 2013.

Zoe has launched a wide range of beauty products under the brand name Zoella Beauty since September 2014. It has ranged wide range of products under ‘Bath and Beauty’ which is manufactured by family-owned company SLG Allstars Ltd. She launched her first edition, on 2015 ‘Tutti Fruity’, followed by ‘Sweet Inspirations in 2016 and ‘Jelly & Gelato in 2017, and ‘Splash Botanics’ in 2018.

Likewise, she has also been a director of ZS Beauty Ltd, which is a wholesaler of perfumes and cosmetics. However, she decided to stop renewing her licensing agreement with SLG, stating that she has a newer vision besides that and discontinued the Zoella Beauty and Zoella Lifestyle Products in the year 2020.

Zoe is the recipient of many awards and nominations. She received her first award in the year 2011 for the ‘Best Established Beauty Blog’ award at the Cosmopolitan Blog Award Ceremony. Moreover, she received the award for ‘Best Beauty Vlogger’ at the same award ceremony in the year 2012. Furthermore, she has received the ‘UK Favourite Vlogger’ in Nickelodeon Kids’ Choice Award for the year 2014. Likewise, she has been the recipient of the ‘Choice Webstar: Fashion/Beauty’ for the Teen Choice Award for two consecutive years 2014 and 2015.

Furthermore, she was also nominated for Shorty Award, ‘Youtuber of the Year’ in the year 2016. Reflecting upon her net worth, she has a net worth of $3.6Million. Likewise, the majority of her earnings are through her blog and Youtube channel.

Zoe is married to Alfie Deyes. The Youtube power couple has dated since 2013 and has been together since then. However, there is no exact date given about when they got married. Regardless of that, she is happy with Alfie, and has continued to love each other like never before. 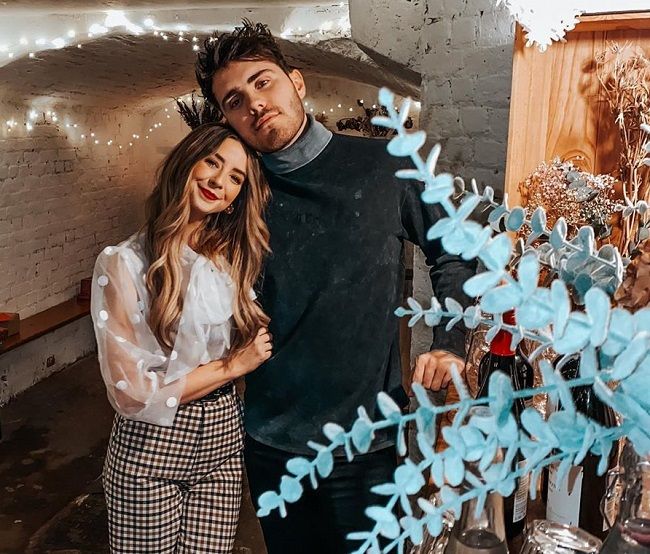 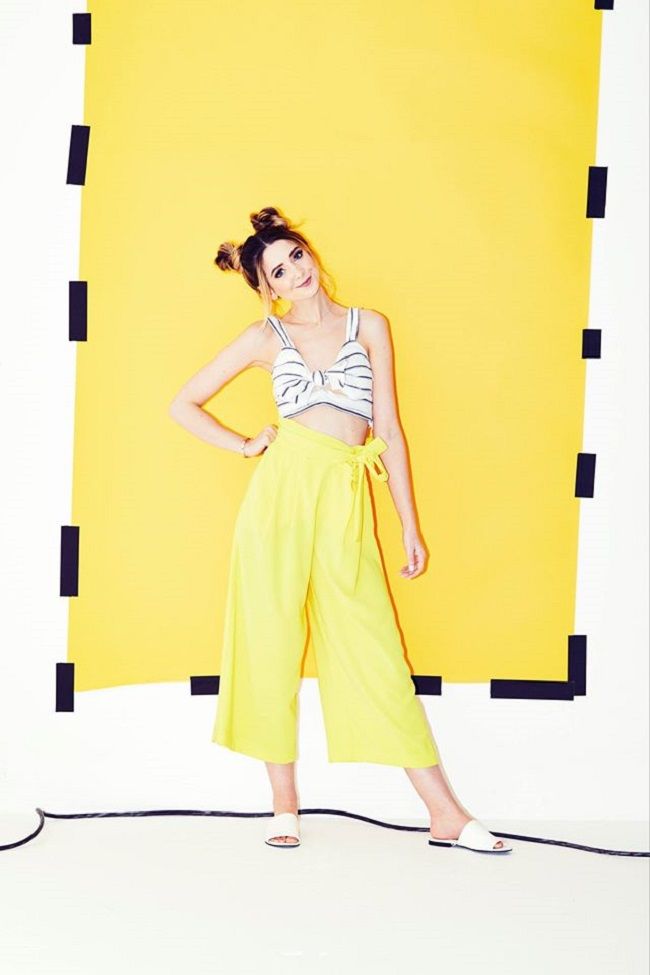