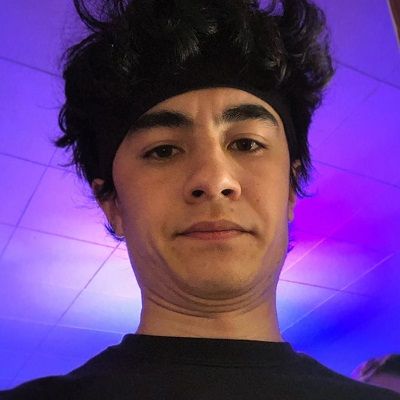 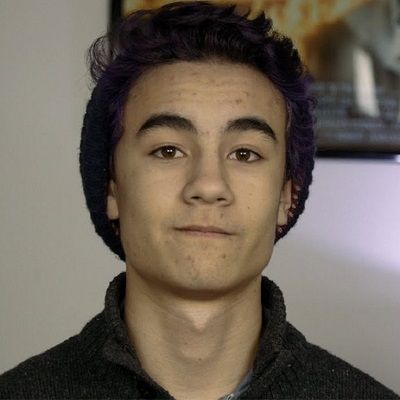 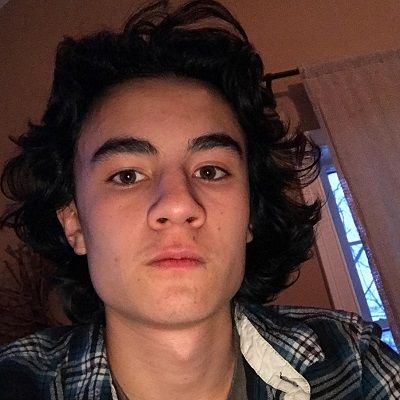 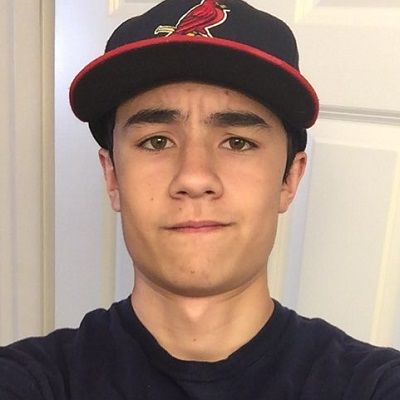 ZexyZek is a famous American YouTube gamer who posts amazing gaming content on his self-titled channel. ZexyZek also has two other channels on YouTube called ‘ZexyZek Plays’ and ‘ZexyZekTV’. He has gained millions of subscribers.

ZexyZek was born as John Morin on March 24, 1999, in Springfield, Missouri, USA. And currently, his age is 23 years old. He, along with his family, later moved to New Hampshire. He has featured his mother in many of his Instagram posts and YouTube videos. In May 2015, ZexyZek uploaded a video in which he disclosed to his fans that his parents had split recently. Moreover, there is no more information related to his family and educational background. 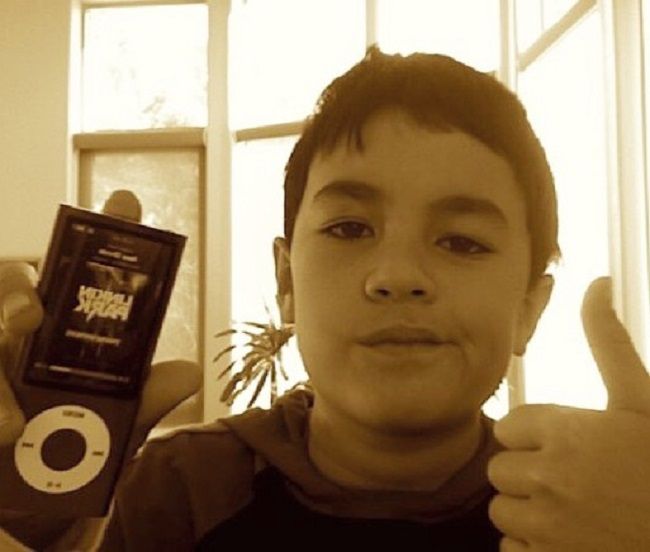 ZexyZek started out on YouTube with his main channel on June 18, 2012. He started with Minecraft and posted a number of videos related to the video game. Soon after, he started to play other video games like the MineZone, Skate 3, and Call of Duty. He simultaneously began to share other content like challenges and vlogs as well. His recent gameplay videos are related to the famous game Skate 3. However, all these gameplay videos are entertaining, amusing, and detailed.

His oldest current video was posted on July 26, 2012, a review for the “Sphax PureBD Craft” Texture Pack for Minecraft. His next few videos were all Minecraft-based, included How-To videos, minigames, and mod reviews. Moreover, he has collaborated with fellow gaming YouTuber Tyler Christie. John has also collaborated with many fellow YouTubers including Tyler Christie, Davdav45, SCGBarbarien, AntVenom, Bodil40, and Gizzy14Gizza to date. He is also popular during the rocket League.

Some of the most-watched videos on ZexyZek’s main channel are “Mine With Me” A Minecraft Song Parody of Taylor Swift’s “You Belong With Me” and “Minecraft: Trolling- Episode 1- Herobrine + Invisible”. The first video is a Minecraft song parody of one of the popular hits of Taylor Swift. The second video features gameplay related to the video game Minecraft.

During his career, he began doing videos with a list Minecraft YouTubers such as SCGBarbarien, AntVenom, Gizzy14Gizza, Bodil40, and many others; most of these videos were ZexyZek’s Minecraft game show “The Showdown”, which involved two Minecraft YouTubers competing in a bunch of Minecraft trivia and minigames.

At the moment, John is doing Skate 3 videos rather than Minecraft and has gained a new audience out of it, gaining subscribers once more, slowly. Moreover, his second most popular video is a Skate 3 Challenge video.

On August 17, 2012, Morin began his long-lasting series and the pinnacle of his YouTube channel, “Minecraft Trolling”, where he would go around his server and many others “trolling” players using a variety of Server Plugins, usually ending his episodes disguising as Minecraft villain Herobrine. Though scaring and confusing the player in the process, he undoes all damage he causes during the video and gives the player diamonds as a reward. This is usually done off-camera, though Morin revealed himself doing it upon request from fans on Episode 68 in the series.

The Trolling series was the primary reason for Morin’s success on YouTube. After a year, he had achieved over 100,000 subscribers. Morin private most of his trolling videos and posted a seven-minute video explaining he will no longer continue trolling on February 27, 2014. John noticed the Minecraft EULA stated “trolling” is not allowed in the game.

He communicated Mojang asking if this was true, and they confirmed yes. Despite John asking his fans not to petition to get the series back online as he claimed he would just discover new material, many fans blackmailed Markus Persson “Notch”, the creator of Minecraft, as well as many other officials from Mojang.

Persson ignored the issue at first wanting to calm down but then asked the head of the EULA to change “trolling” to “griefing” as Morin does not actually grief, and people like Morin are what makes Minecraft Minecraft. The series was reinstated, all past trolling videos became public, and Morin resumed his series. That summer, his channel reached 1,000,000 subscribers. 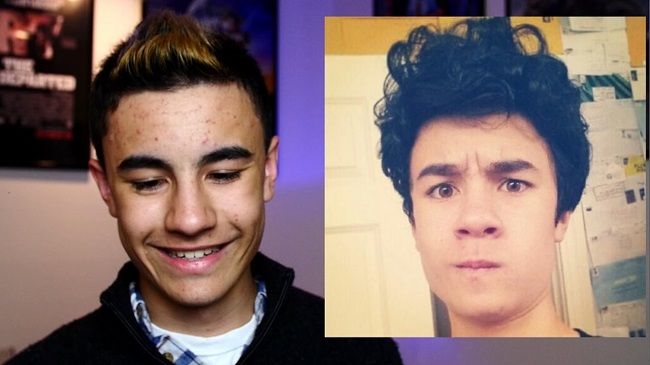 On November 21, 2015, Morin posted his last trolling video part of his original series. He attempted to restart the series as “Minecraft Trolling 2.0” on January 26, 2016, but only one video was posted in the series. He claimed he’s discontinuing the series because he feels like he has to make the videos as a chore rather than doing it for fun in April 2016. After his series ended, Morin’s channel gradually began losing subscribers.

Several from his fanbase decided to leave hate comments and started to unsubscribe since they only subscribed for the trolling. And to gain subscribers Morin began starting new series’, including Minecraft Helping, but none lasted more than two videos. There was a brief moment in time where he changed his channel name and started doing skits only, which didn’t do any good for him.

On Christmas 2016, John claimed he’s restarting his trolling series again based upon request. He began this series on January 14, 2017, though there is no active schedule for his uploads.

Since December 2015, Morin has been posting a series of real-life skits with his friends. His first plan was to put all his gaming videos on his second channel, ZexyZekPlays, while ZexyZek was devoted to sketches with his friends. He changed ZexyZek to his legal name, though it has since been changed back and all his gaming videos resume on his main channel, leaving ZexyZekPlays inactive.

It was launched on August 4, 2014, as a channel where John would post gaming videos that weren’t Minecraft related. Commencing December 2015, all of his gaming videos would be uploaded to that channel, however, as of January 19, 2016, the channel had remained inactive and all of Morin’s gaming returned to his main channel. He now posts his Skate 3 let’s play videos on ZekyZek Plays, where the channel remains fairly active.

It was launched on December 31, 2012, just a few months after Morin started his original channel, as a vlog channel where most of his videos included him opening fan mail. And on June 29, 2014, this channel remained inactive until a recent revamp on May 11, 2018, with all his old videos deleted, though he hasn’t uploaded in three months.

The videos start with him saying “today we ask the age-old question” followed by him asking a somewhat-random question, whilst often proceeding to do something idiotic. The videos only last a couple of seconds long.

No doubt John pockets a great amount of money through his YouTube profession. He has an estimated net worth of around $471K. He earns extra money by selling merch. His YouTube channel has published 1,008 videos which all together add up to more than 499.2 million views. John creates on average 3 new videos every month. Currently, he has not signed brand endorsement deals with any brands. However, it is sure that he will surely be endorsing some of the top brands from around the world real soon in the future.

Concerning his dating history, he has not shared his previous relationship status. Currently, he is dating a pretty girl named Louise. Both of them share their photos together in their respective Instagram accounts. They seem to be very happy together. 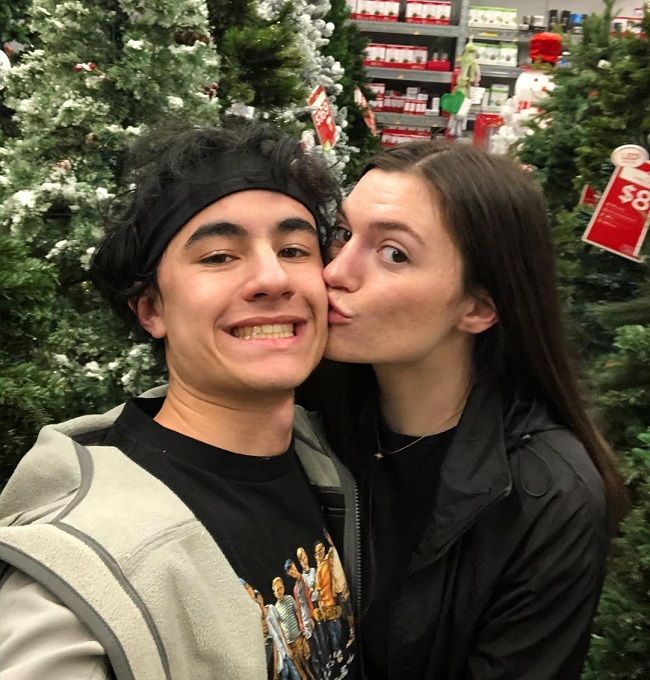 He has a decent weight that matches his height. However, he has maintained a good and healthy body physique. John has not shared the exact details of his height and weight. There is also no further details regarding his body measurements. Besides, he has dark brown hair and green eyes.