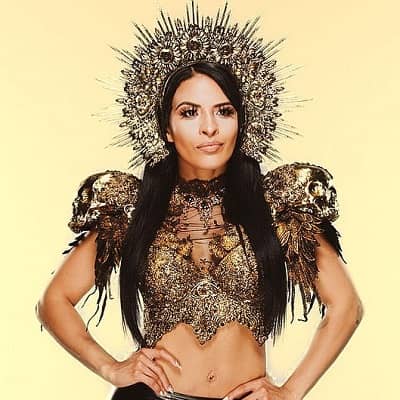 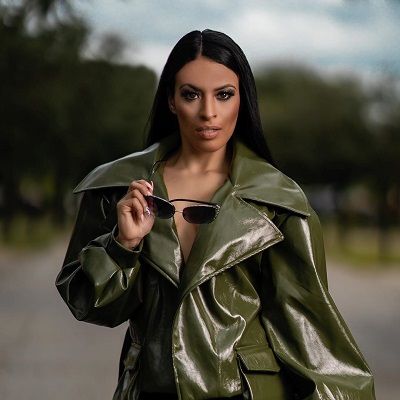 Zelina Vega is an American wrestler, manager as well as actress. At present, she is signed to WWE. In WWE, Zelina Vega performs on the Raw brand under the ring name Zelina Vega. She is also famous for working in Total Nonstop Action Wrestling (TNA) as Rosita, and many other independent promotions under her real name. Moreover, she was a one-time Knockouts Tag Team Champion with Sarita.

The real and full name of Zalina Vega is Thea Megan Trinidad. Zelina was born on December 27, 1990. Her birthplace is in Queens. Currently, she is 31 years old. Her zodiac sign is Capricorn. The nationality of wrestler is nationality and her ethnicity is Puerto Rican descent.

Also, she was born to Michael Trinidad and Monique Ferrer. She has a younger brother named Timothy. From an early age, she grew up watching professional wrestling with her father. She considers that her father let her enter the wrestling business. Unfortunately, her parents separated when she and her brother were still young. However, the ex-married couple remained friends. 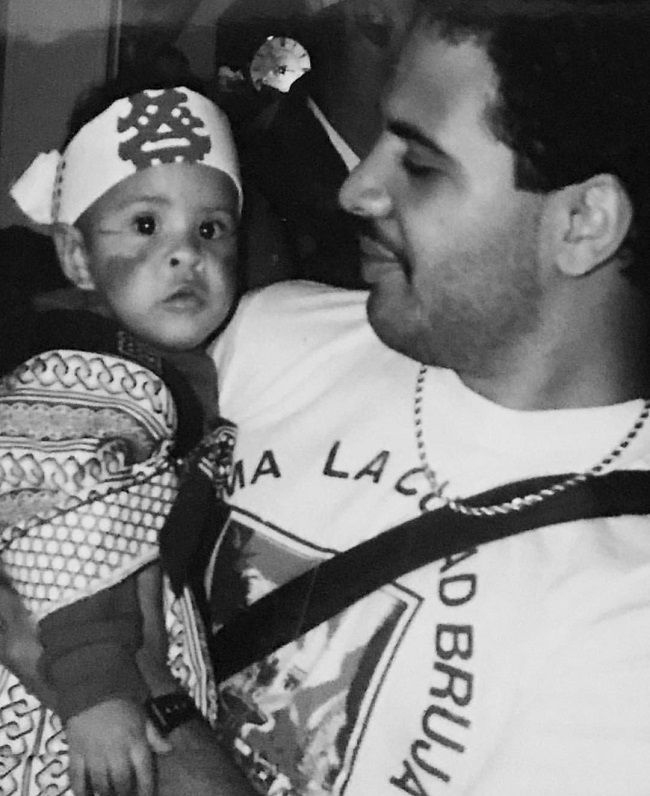 Caption: Zelina Vega during her childhood with her father (Instagram)

During her school days, Vega used to practice swimming and baseball. Sadly, her father expired in the September 11 attacks when she was just 10. Her father was a telecom analyst for Cantor Fitzgerald.

At the time when her career was not started, Zelina used to work as a counselor at a camp for children that had lost their parents on 9/11. Similarly, she also participated in charitable causes such as Habitat for Humanity with Tuesday’s Children after Hurricane Katrina.

The 17-year-old girl began her training under Javi-Air, Azriel, and T.J. Perkins. Her professional wrestling debut was under the ring name Divina Fly for National Wrestling Superstars (NWS) on February 20, 2010. It was in Bloomfield, New Jersey.

In 2010, she made her debut for Women Superstars Uncensored (WSU). It was under the ring name Divina Fly in a losing effort against Brittney Savage.

In 2011, she wrestled in a tryout dark match at Total Nonstop Action Wresting’s (TNA) Impact!. On February 10, she debuted as the storyline cousin of Sarita under the rng name Rosita. Afterward, Rosita and Sarita performed various matches together. As Rosita, she appeared on AAA’s television program. She promoted a storyline where wrestlers from TMA were invading the promotion.

On 2011, May 14, Rosita made her debut in-ring debut for Family Wrestling Entertainment (FWE) at the Meltdown pay-per-view. In 2015, she joined GFW (Global Force Wrestling) and debuted for the promotion in June. Later, her profile was removed from the GFW website in August of the same year.

From 2013 to 2016 she took part in a tryout for WWE. She also made several brief appearances in the promotion in 2014. In 2017, she signed a contract with WWE and also initiated training at the WWE Performance Center. In 2018, Vega made her debut for the brand on the May 15 episode of Smackdown.

Trinidad aka Zelina appeared in the 2012 movie names Dorothy and the Witches of Oz. Similarly, she appeared in the documentary Children of 9/11. This also includes the first anniversary of the September 11 Memorial Ceremony. She participated in the reading of victim names.

Likewise, she portrayed wrestler AJ Lee in the 2019 movie titled Fighting with My Family. She claims that she is inspired to act by Dwayne Johnson. Moreover, she has also given her appearance as a manager in WWE 2019 and a playable character in WWE 2020.

Zelina Vega has won a match against newcomer Candy Cartwright with a Fly Clutter on September 11, 2010. She has been awarded ‘Inspirational Wrestler of the Year’ by Magazine Pro Wrestling Illustrated’ in 2011.

Subsequently, she ranked No.31 of the top 50 female wrestlers in the ‘PWI Female 50′ in the same year. In 2018, American Sports Magazine Sports Illustrated’ ranked her at No. 29 in the ‘top 30 female wrestlers’ 2018. Surprisingly, Zelena and Sarita became the ‘TNA Knockouts Tag Team Championship’ together.

The talented wrestler’s net worth is estimated to be approximately $2 million. Her source of wealth is her professional wrestling career. On the same token, her basic and average salary is from $500,000 to $1 million a year according to WWE.

Talking about the endorsements, she had endorsed many brands including Trifecta Nutrition, Nails By Leishka, It’s a 10 Hair Care, and the Jessica Angel collection.

The hardworking personality is happily married to the professional wrestler, Tom Budgen. Tom Budgen is famously known as Aleister Black in 2018. The married couple’s residence is in Tampa, Florida. 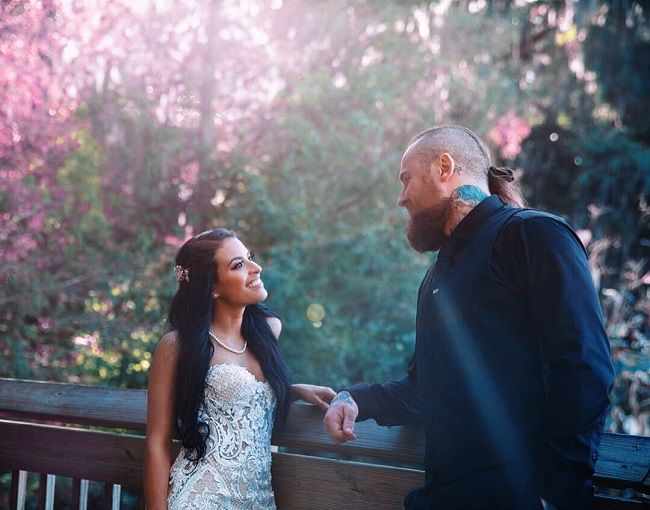 The couple has been married for about two years. They have together launched a YouTube channel called ‘A to Z Aleister to Zelena. They share their everyday lives on the channel.

The wrestler stands at a height of 5 feet and 1 inch tall. Her weight is 65 kg. Furthermore, Zelina has an athletic body type. Her body measurement is 38-29-37 inches. She makes use of a bra cup with size 36B. Her dress size and shoe sizes are 6(US) and 8.5 (US) respectively. Additionally, she has black hair and dark brown eyes. 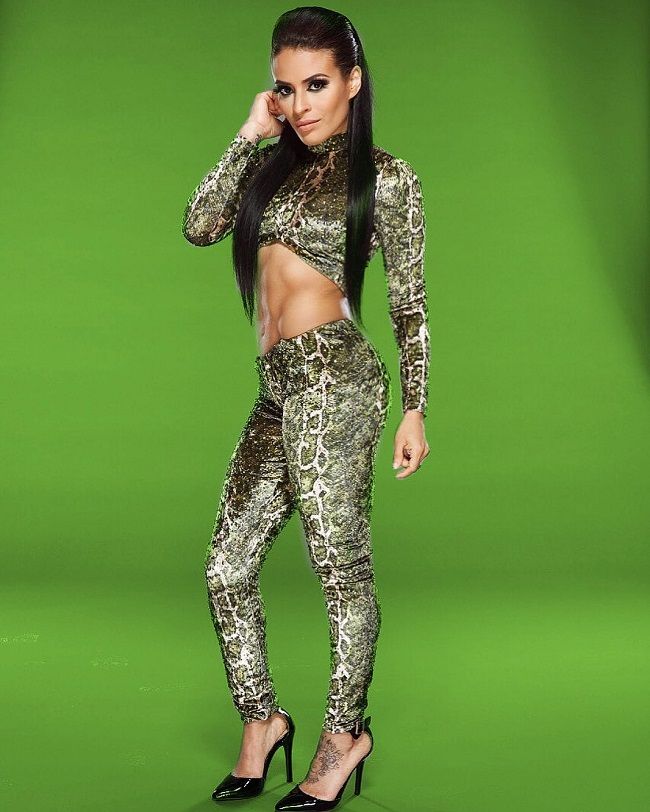 The celebrity doesn’t seem to be active on Facebook. However, she is active on Instagram as well as Twitter. She seems to be much popular on these social media sites. Hence, she has 356.6K followers on Twitter with the name, @Zelina_VegaWWE. Also, she has a million followers on Instagram. She can be found on Instagram at @zelina_vegawwe.