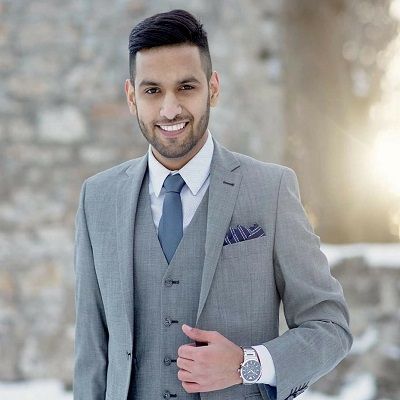 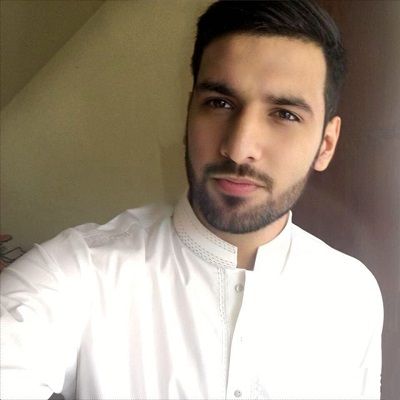 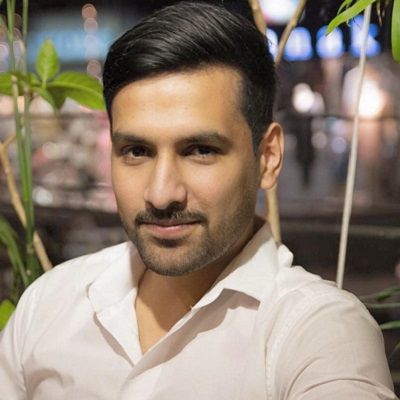 Zaid Ali is a Pakistani-Canadian social-media celebrity who owns the YouTube channel ZaidAliT.’ Zaid Ali is well-known for his comedy videos that portray the “desi” South Asian culture.

Zaid Ali entered this world on July 2, 1995. He was born in Waterloo, Canada, and moved to Pakistan at an early age. His age is 27 years old as of 2022 and his zodiac sign is Cancer.

Further, he is of Pakistani descent. His religion is Islam and his nationality is Pakistani-Canadian.

Moreover, Ali later came back to Canada for higher studies and enrolled at the ‘University of Waterloo, Toronto, in business studies. His favorite food is biryani. 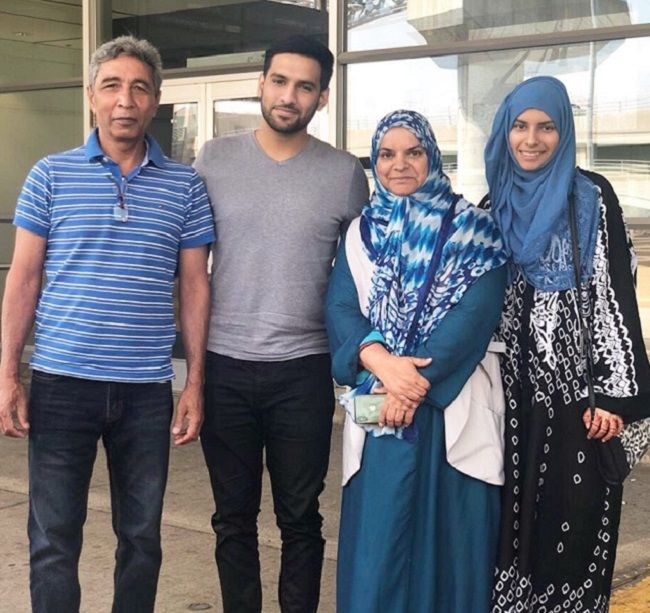 Zaid Ali clicking a photo with his family. Source: Instagram

Zaid Ali is active and attached to social networking sites. He often delivers his views and posts his pictures on it where millions of fans are connected with him.

Likewise, he also is popular on Facebook with more than 5.5 million followers.

Ali is married to his better half, Yumna Zaid. They tied the knot on August 19, 2017. Yumna is a stunning lady who is 27 and is into mathematics, research, and skincare.

Following the marriage, the sensation uploaded a picture in traditional attire on Twitter and made the audience know about their new move.

He and his wife even conducted a rapid Q/A session video where they discussed their relationship before and after the vows exchanging ceremony.

In the YouTube video, the couple dispelled other rumors and clarified they aren’t cousins and first met while they created a video for YouTube.

Similarly, the duo also discussed each other’s favorite qualities with much affection and love in the same video. While explaining about Yumna’s good traits, he made a list of seven things that included all her daily chores.

The couple never fails to shower love on each other on their social media.

Therefore, their profiles are filled with cute couple pictures. He posted their first visit to Pakistan as a married couple on his Instagram in January 2018.

The two looked great together in their traditional attires standing in front of a Pakistani monument.

He also posted a family picture with his wife and parents. The love between the two is clear from their social accounts. 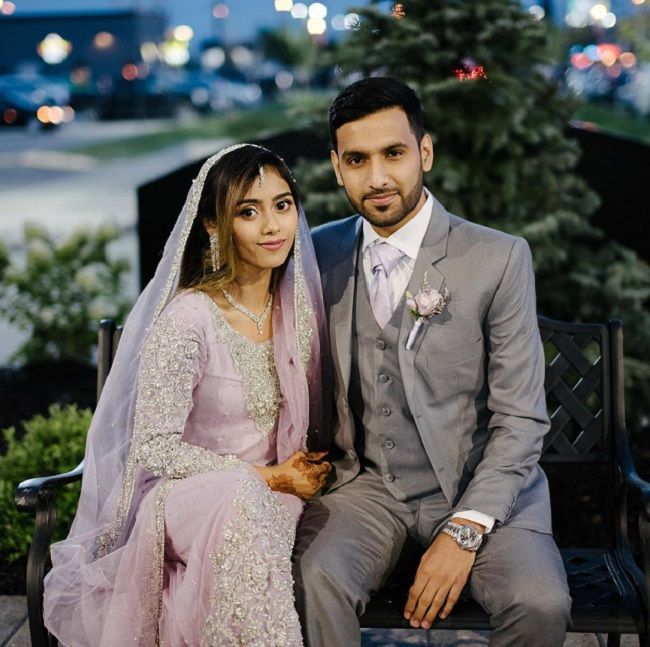 Zaid Ali began his social media career through YouTube. He created his first YouTube channel on March 7, 2010, and began posting videos. And, most of his videos are based on the “desi” South Asian culture.

He picks random situations and enacts them in a comical manner. Moreover, he plays various characters in his videos. His portrayals of female characters have been loved by his fans.

He often plays female characters by draping a “dupatta” (scarf) over his head, and this has become his trademark.

Many of his initial videos contained profane language, but they still managed to earn significant viewership.

In an attempt to increase his viewership, he began making family-friendly videos. This turned out to be a beneficial move, as it boosted the number of views on his channel.

Therefore, he has now deleted all his videos that contained profanity. And the first video he uploaded was named ‘Your Profile Picture is Cute.’

In 2015, he posted the video ‘When you use a Bollywood dialogue in real life..,’ which made “Bollywood” actor Sonakshi Sinha “tweet” about it.

Sonakshi’s “tweet” made the video viral, and his popularity soared. His prank videos titled ‘PILLOW FIGHT PRANK!’ and ‘WEED PRANK GONE WRONG!’ have both earned over four million views and have made him a popular “YouTuber.”

Some of his videos such as ‘Things Brown Mothers Say,’ ‘Brown Mom Gets Angry!,’ ‘I Do My Mom’s Makeup!,’ and ‘I love you, Mom’ also features his mother.

Some of his other popular videos are ‘White Guy Speaks Hindi,’ ‘Things Muslims Say In Ramadan,’ ‘A Bollywood Love Story..?,’ and ‘How Desi aunties gossip.’

Most of the content on his channel is heavily inspired by the works of popular “YouTuber” and web celebrity Lilly Singh, better known as “Superwoman.”

Interestingly, he has more Facebook fans than Lilly, despite having fewer YouTube subscribers than her. Similarly, his videos have more “views” than those of Pakistani singer Atif Aslam, who has more fans than he has.

He owns a second YouTube channel, ‘ZaidAliT Vlogs,’ where he primarily posts his life vlogs. Moreover, the most popular vlog on the channel is the one featuring his wife.

After he got married, he did a Q&A video with his wife to let his fans know more about them. This vlog channel has gained more subscribers than its main channel.

Similarly, he was also offered a role in a Hollywood film, which he turned down because the script required a kissing scene. He does not support getting intimate on-screen.

Other than working on YouTube videos he also performs on stage and wants to pursue a career in the acting field. His YouTube video ‘Bollywood Dialogue in Real Life’ was tweeted by Indian actress Sonakshi Sinha.

Furthermore, he visited Pakistan and performed on the stage of the QMobile Hum Style Awards 2017 along with many other top celebrities of Pakistan.

He appeared as a guest in many talk shows and morning shows including BBC Asian Network and the ‘Good Morning Pakistan’ morning show of ARY Digital. Moreover, he won his first award as the best ‘Vlogger of the Year PISA2020’ on February 8, 2020.

This famous personality is sure to make a great amount of money throughout his career. His social media career is creating a good amount for himself.

His height is 5 feet 8 inches. He is a talented man with attractive and handsome hunk looks and a perfect match body with six-packed.

Moreover, his chest-waist-biceps measurements are 38-34-14 inches respectively. Similarly, his body weighs around 68 Kilos. He has dark brown hair and eyes of the same color. 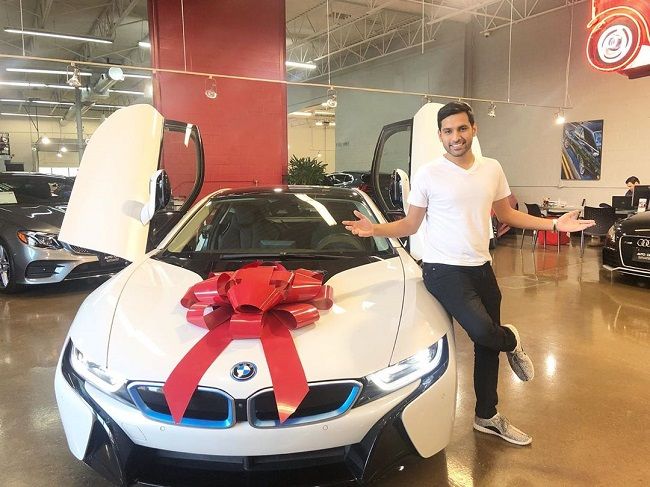 Zaid Ali posing for a photo in his new car. Source: Instagram