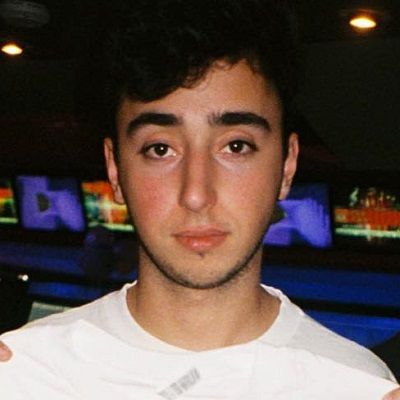 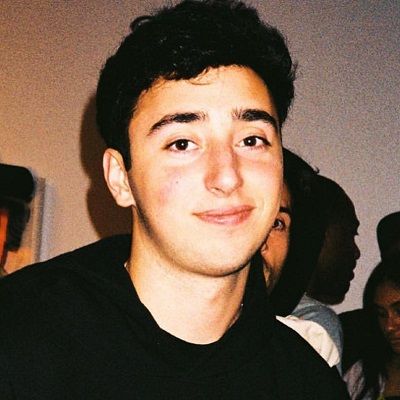 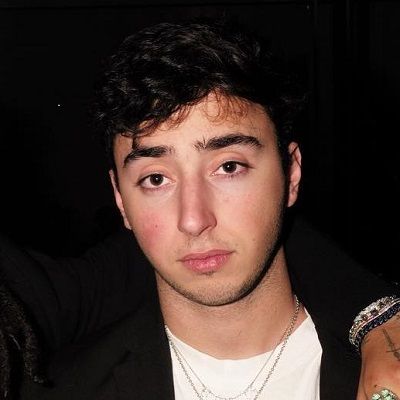 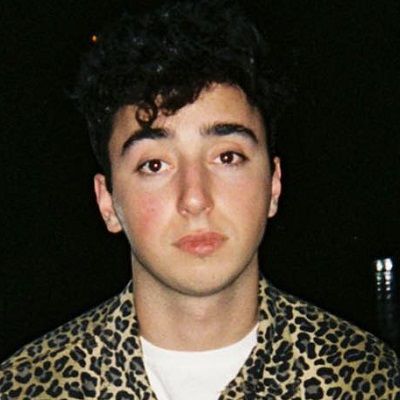 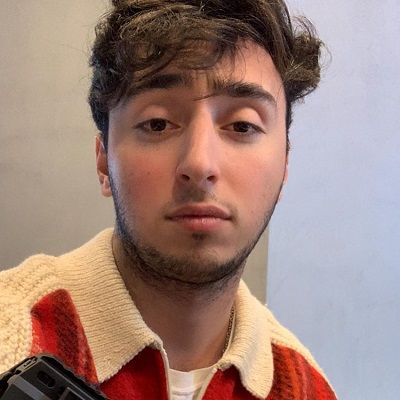 Zack Bia is an Instagram Star whose account features photos of Hollywood celebrities. Zack Bia gained fame as the then-boyfriend of American singer Madison Beer. He is also a DJ and promoter of the H-Wood group.

Zack Bia was born on 9 June 1996 in the United States. He is currently 23 years old and his zodiac is Gemini. Similarly, his full name is Zack Bialobos. Sadly, there is not much information about his mother, father, and other family members.

However, there is information that his cousin named Olivier Bialobos works for LVHM. He is a Chief Communications Officer at Christian Dior Couture. It is a part of luxury conglomerate Louis Vuitton Moet Hennessy. Olivier was one of the driving forces behind the popular fashion documentary Dior & I released in 2015.

The documentary followed newly appointed creative director, Raf Simons, as he designed his first collection within the time frame of only eight weeks prior to the show. His family’s fashion influence has definitely influenced him, who also seems to share his love of Louis Vuitton on his Instagram.

Talking about his educational journey, he attended Beverly Hills Hig School where he played quarterback for the football team. Further, he enlisted at the University of Southern California and as per his LinkedIn profile, he studied there from 2015 till 2018. Moreover, he currently resides in Los Angeles, California. 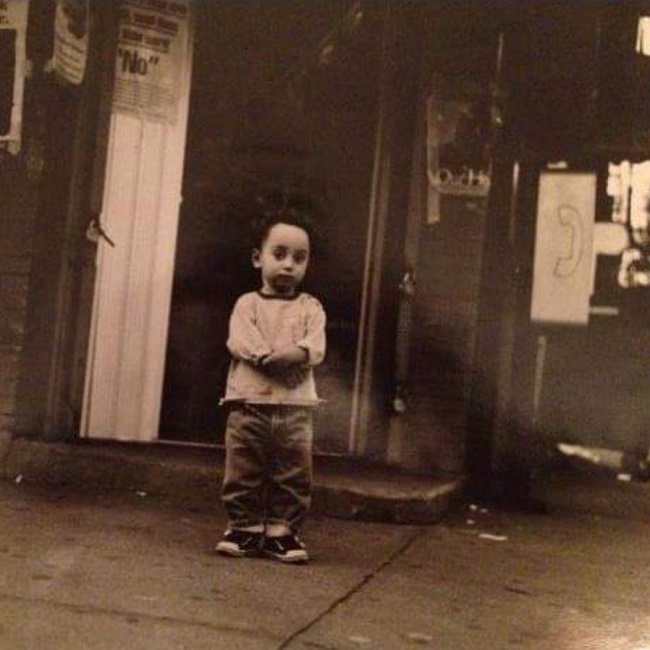 Caption: Zack Bia’s childhood photo when he was in Brooklyn. Source: Instagram

Zack Bia is a social media star, DJ, and promoter. He gained fame for his relationship with Madison Beer, an American singer. He is best known for his Instagram account @zackbia in which he has garnered over 285k followers. Although he created his Instagram account earlier, there are posts shared only since December 2017. It is believed that he deleted all the photos he uploaded to his account prior to November the same year.

Moreover, on his Instagram photos, a number of celebrities make appearances. Some of them are Drake, Khalid, Jaden Smith, Smokepurpp, John Terzian, Bella Hadid, Fai Khadra, Luka Sabbat, Takashi Murakami, Winnie Harlow, Kaia Gerber, and Charlotte Lawrence among many others.

Moreover, several resources online indicate that he works for H-Wood Group. It is the hospitality group run by CEO Brian Toll. The group owns some of Los Angeles’s most popular celeb hotspots, like Delilah, The Nice Guy, and Poppy. This might explain how he is connected with so many big names in the showbiz.

He often shares his photos clicked from the inside of H-Wood’s swanky venues. He also occasionally DJs in locations including Poppy’s ultra-exclusive Coachella outpost. He also shared a photo on 8 April 2019 with the caption “almost that time again ? ?”. In this photo, he is behind the booth at Poppy’s DJ station. 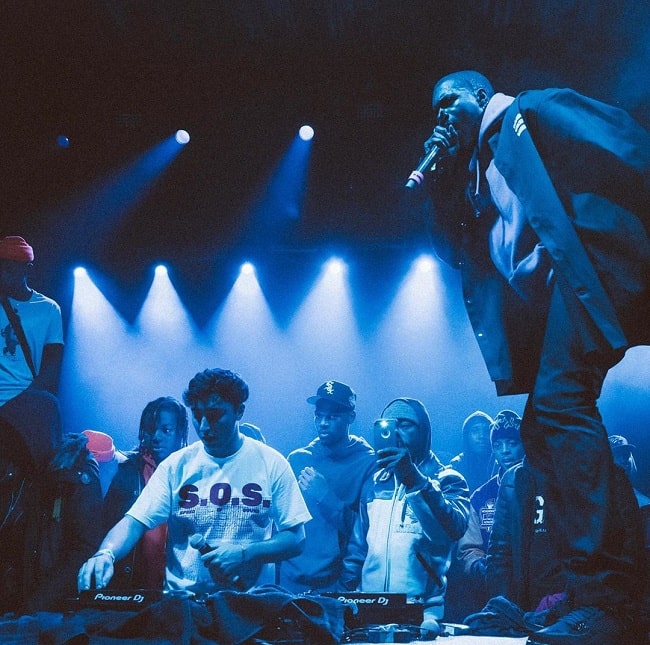 He is also friends with singer/rapper Drake. Drake is often seen hanging at Delilah, where he hosted an NYE bash in 2018 and The Nice Guy when he’s in Los Angeles. Both these locations are owned by the H-Wood where he works. Moreover, Drake seemingly referenced him on “No Stylist” with French Montana. He even rapped “I’ve been here / I’ve been back / In Delilah, word to Zack / I need action, that’s a fact”.

His shared a photo on the rapper’s birthday and it is the most recent photo with Drake. He captioned “happy birthday to my brother. another year of being the greatest.” Drake’s 33rd birthday bash was held at Goya Studios back in October. The “Hotline Bling” rapper Drake is also seen rocking a basketball jersey that reads “Bia” in one of his posts. He has also shared a post wishing Bia on his birthday on Instagram.

However, it is unclear when he started working with the H-Wood. Nevertheless, there is information that his job overlapped with his time at the prestigious University of Southern California, where he enrolled from 2015 till 2018 as per his profile on LinkedIn.

There isn’t any information related to Zack’s awards and nominations up to now. However, he might bag some awards for his amazing work as a DJ and promoter for the H-Wood group.

As of now, Zack Bia is possibly single. He dated the American singer Madison Beer on-and-off for a year. The couple parted ways for good in March 2019. The couple lived quite the jet-set lifestyle over their time of dating from 2017 till 2019. The pair also hung out in the front row for Virgil Abloh’s Off-White show in Paris on January 21 alongside rapper Gunna.

The Instagram photo from this event remains his only social media post featuring Madison at present. The American Singer tweeted “Single Madison thrives” on March 19, 2019, after a series of cryptic posts that suggested that the two had broken up for good.

Madison Beer is an American singer born on 5 March 1999 and is currently 21 years old. She has been in a romantic relationship with high-profile guys like Blake Griffin kin 2019, Jack Gilinsky from 2015 to 2017, and Brooklyn Beckham in 2017. 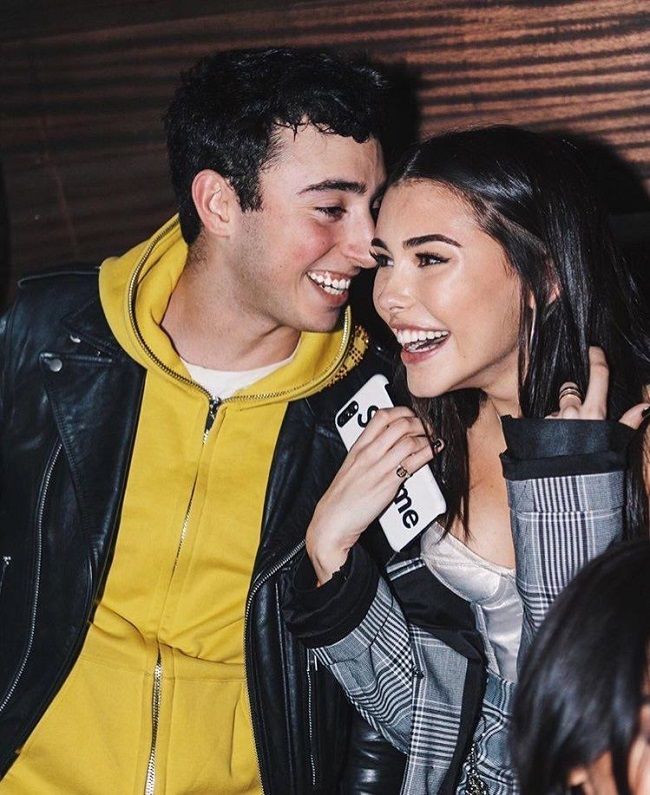 There were rumors that Zack Bia was dating Kylie Jenner. Jenner is 22 and is still very much single. And when she was hanging out with a cute guy on New Years’ Eve, the rumors began.

The cute guy was none other than he. He has several connections to Kylie and her crew. The rumors started brewing about a romantic relationship between the pair when he took a shot next to a sequin-clad Kylie. However, sources told TMZ that everything is strictly platonic.

Moreover, he and Kylie have similar tastes. A quick glance at his Instagram reveals that he rocks one particular accessory more than any other. That is his classic yellow gold Juste un Clou bracelet that is worth around $6,800. The iconic nail style is one of Cartier’s staples. It is similar to LOVE bracelet designed by Aldo Cipullo for the legendary jeweler in 1971.

Kylie is credited for the partial resurgence of the design along with the LOVE bracelet and rings after sharing several pictures of herself wearing the item on social media and on red carpets. He was wearing the bracelet for his NYE outing with the Kylie Cosmetics CEO.

Zack Bia stands tall at the height of 5’8″ and his weight is around 65 kgs. Moreover, he has dark brown eyes and hair of the same color. Sadly, there isn’t much information available on his exact body measurement stats like chest-waist-hip, biceps, dress size, shoe size, etc.

Furthermore, talking about his social media presence, he has an Instagram account with several celebrities appearing on his photos. He has 36ok followers on his @zackbia account with 33 posts as of August 2020. For inquiries, we can contact him through his email address, [email protected] Further, he also joined Twitter in November 2017 and so far has 3176 followers on his @zack_bia account.