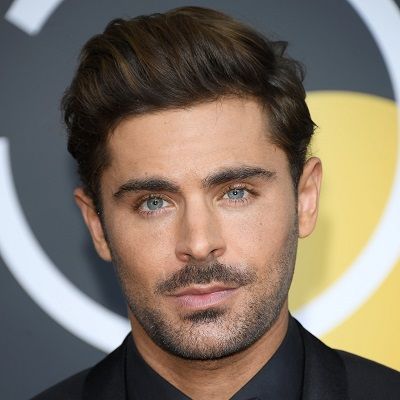 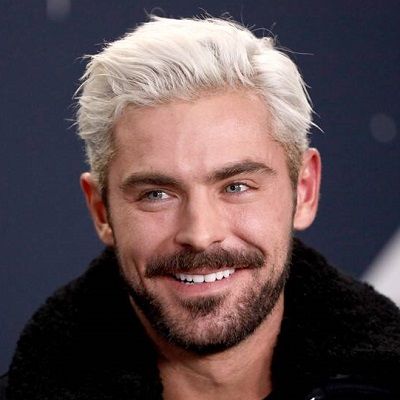 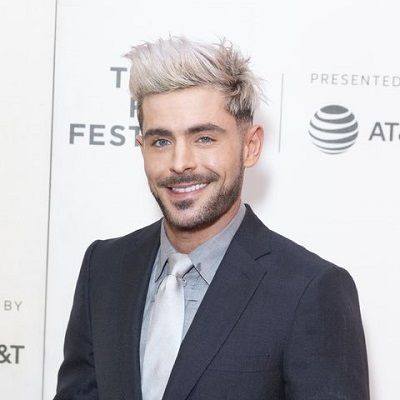 Zac Efron is an American actor and singer. Zac Efron is best known for his role as Troy Bolton in the “High School Musical” franchise. He has also starred in movies like “17 Again”, “The Lucky One”, “The Greatest Showman”, “Extremely Wicked, Shockingly Evil and Vile”, etc. As a singer, he has released songs like “Rewrite the Stars”, “Right Here, Right Now”, “Breaking Free”, “You Are the Music in Me”, etc.

Zac Efron was born on October 18, 1987, and he is currently 34 years old. He is originally from San Luis Obispo, California, the U.S. and he later moved to Arroyo Grande, California. Likewise, his full name is Zachary David Alexander Efron.

Regarding his family, his father is David Efron and his mother’s name is Starla Baskett. His father is an electrical engineer at a power station whereas his mother is a secretary who worked at the same power plant. He has a brother named Dylan.

“Efron” (אפרון) is a Jewish surname taken from a Biblical place name. Further, he has described himself as Jewish. But he was raised in an agnostic household and did not practice religion as a child.

Talking about his educational background, he graduated from Arroyo Grande High School in 2006. Though he was accepted, he didn’t enroll in the University of Southern California. He also attended the Pacific Conservatory of the Performing Arts where he performed during the years 2000 and 2001. It is a community college located in Santa Maria, California. 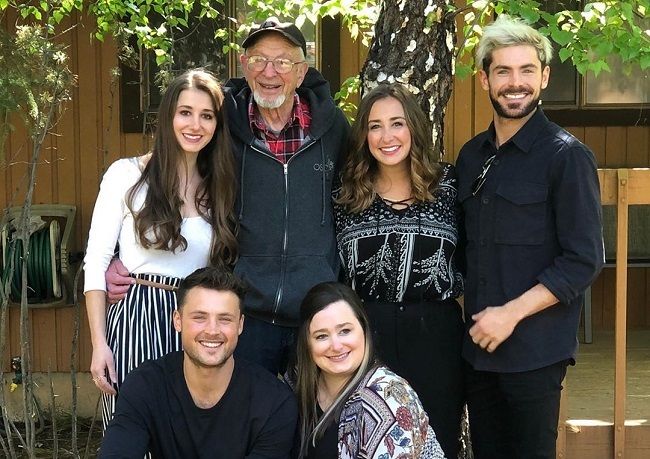 Caption: Zac Efron posing for a photo with his grandfather, brother, and other family members. Source: Instagram

Moreover, he has said that he would “flip out” if he got a “B” and not an “A” in school. Also, he has shared that he was a class clown. His father encouraged him to begin acting when he was only 11 years old. Following this, he appeared in theater productions at his high school, worked in the theater “The Great American Melodrama and Vaudeville”, and also began taking singing lessons.

Additionally, he also performed in shows like Gypsy; Peter Pan, or The Boy Who Wouldn’t Grow Up; Little Shop of Horrors; and The Music Man. His drama teacher Robyn Metchik recommended him to an agent in Los Angeles and later he signed with the Creative Artists Agency.

Professionally, Efron is an actor and singer. He began acting in the early 2000s with guest roles on several TV series like Firefly, ER, and The Guardian. Then in the year 2004, he began appearing as a recurring character in the first season of Summerland. For the show’s second season, he was promoted to the main cast.

He also appeared in some films, including Miracle Run for which he earned a “Young Artist Award” nomination for his performance as one of two autistic twins. 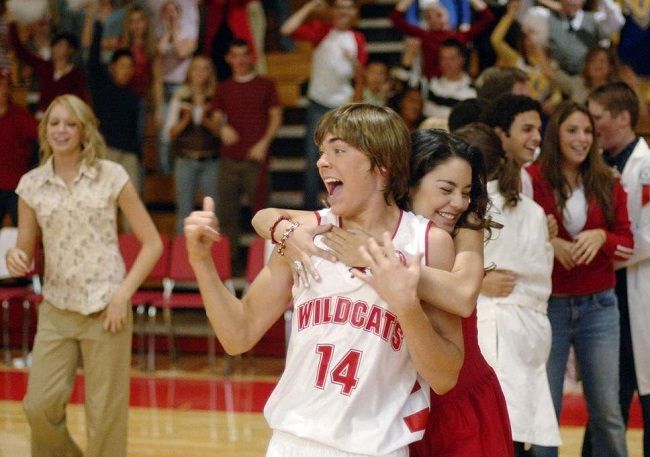 Efron’s career reached a turning point with High School Musical. It is a teen musical television film that premiered on the Disney Channel in January 2006. This film has been described as a modern adaptation of Romeo and Juliet.

For this film, he played the male lead, Troy Bolton. Troy is a high school basketball player who feels conflicted when he finds himself interested in participating in the school musical with Gabriella Montez, played by Vanessa Hudgens. This film also stars Ashley Tisdale, Lucas Grabeel, Corbin Bleu, and Monique Coleman in pivotal roles.

Efron also played the role of Link Larkin in the musical comedy film Hairspray in the year 2007. This film is based on the 2002 Broadway musical of the same name. He followed this with the commercially successful comedy 17 Again in the year 2009. 17 Again is about a 37-year-old man, played by Matthew Perry, who transforms into his 17-year-old self, played by Efron, after a chance accident.

Then in March 2019, he announced the creation of his YouTube channel. He hosts two weekly series. “Off the Grid” follows him and his brother Dylan as they participate in outdoor activities and trips without electronic devices, except for a video camera to document their experiences. Likewise, “Gym Time” spotlights fitness and nutrition. He has also informed his viewers that he plans to “train with celebrities, athletes, and interesting people”. 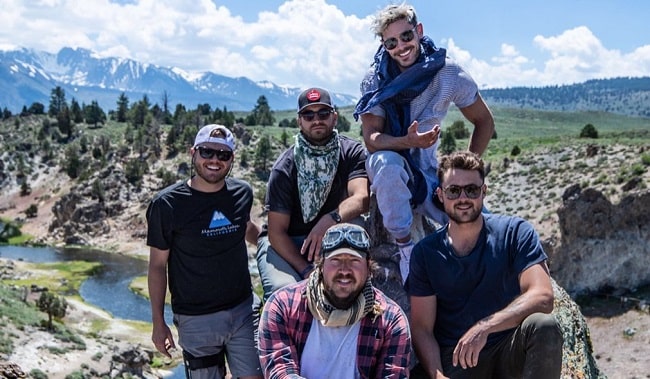 Caption: Zac Efron posing for a photo during an adventurous trip. Source: Instagram

A Star on Hollywood’s Walk of Fame

Zac Efron will be joining over 2600 celebrities on the Hollywood Walk of Fame in the year 2021. He will join other celebrities like Kelly Clarkson, Benedict Cumberbatch, Charlie Chaplin, Jennifer Aniston, Jimi Hendrix, and rapper Snoop Dogg. Their names will be inscribed on pink and bronze stars embedded on the sidewalk along Hollywood Boulevard. It is a tradition that started back in 1960.

Besides Vanessa, he has also been linked with several other co-stars including Alexandra Daddario from Baywatch, and Lily Collins in Extremely Wicked, Shockingly Evil, and Vile. Further, he has also been in a romantic relationship with Olympic swimmer Sarah Bro and actress Halston Sage.

At present, he is in a romantic relationship with Halston Sage and the two are “in a serious relationship and love.” The pair also spent the holidays together in Santa Barbara and their romance continued into the new year. Moreover, the two reportedly dated previously after meeting on the set of the 2014 movie Neighbors.

Efron went for treatment in early 2013 after struggling with alcoholism and substance abuse. Following this, he has been sober since June 2013. Then in November 2013, he got his jaw wired shut after breaking it in a fall at home. Likewise, he engaged in a fight with a homeless man on Skid Row in March 2014. However, the law enforcement officials didn’t make any arrests as they viewed the incident as mutual combat. 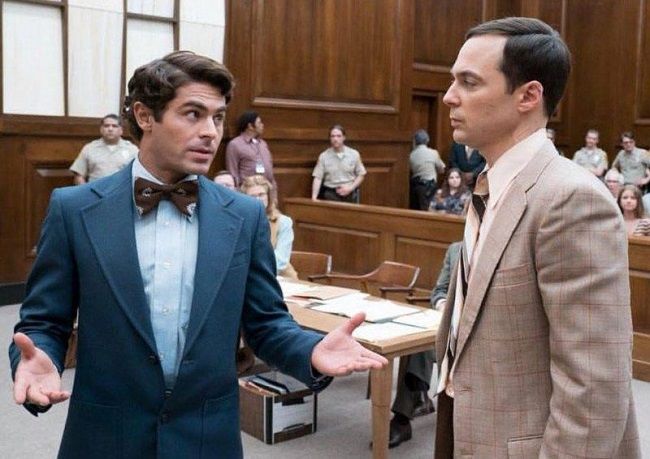 Caption: Zac Efron as seen in a scene of the movie Extremely Wicked, Shockingly Evil and Vile. Source: Coming Soon

Additionally, Efron turned to transcendental meditation (TM) to help decompress. It was after he struggled to separate himself from the role of Ted Bundy in his movie. Ted is a serial killer in the 2019 movies Extremely Wicked, Shockingly Evil, and Vile.

Also in December 2019, he contracted a serious and potentially life-threatening illness while filming his adventure series Killing Efron in Papua New Guinea. It was a “form of typhoid or similar bacterial infection”. Following this, he was flown to St Andrews War Memorial Hospital in Australia. There, he was treated before flying back home to California on Christmas Eve. Later, he recovered without serious issues.

Zac Efron stands tall at a height of 1.73 meters or 5 feet 8 inches and weighs around 80 kgs. Likewise, he has mesmerizing blue eyes and dirty blonde hair color.

Then he created his self-titled Youtube channel in February 2014 and so far has 49,299,578 views and 1.33 million subscribers. He also created an official Facebook page on February 13, 2012, and so far has over 17.9 million people following him.