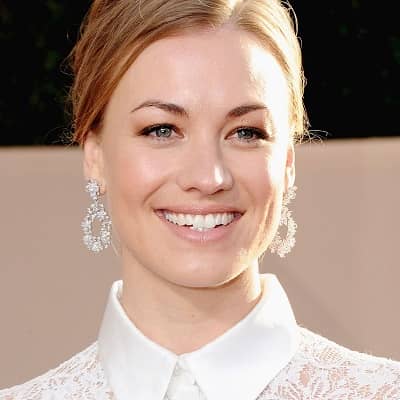 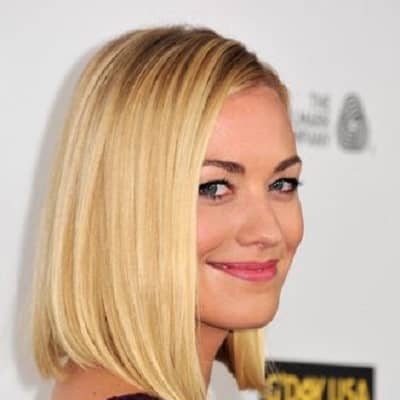 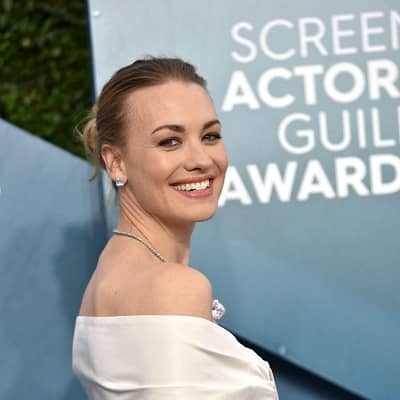 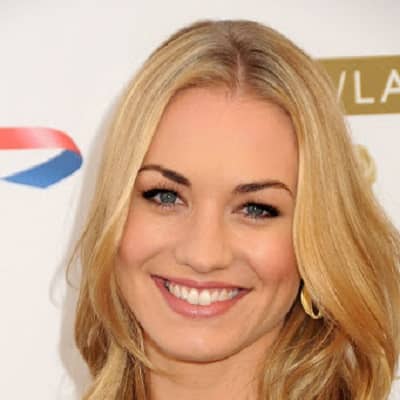 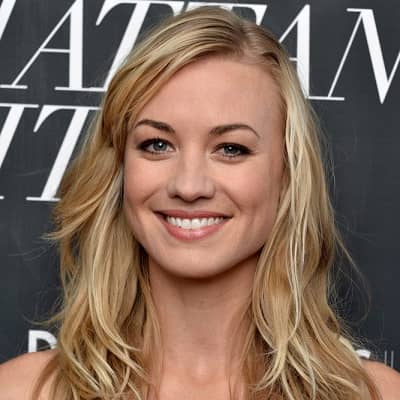 Yvonne Strahovski is an Australian actress based in Los Angeles. Yvonne Strahovski is popular for her role in movies and series like “Chunk”, “Gone”, “Double the Fist: Fear Factory”, “Killer Elite”, and “The Handmaid’s Tale”, etc. She is also a voice actor who has lent her voice to the character “Stalyan” in “Tangled: The Series”.

Yvonne Strahovski was born on July 30, 1982, and she is currently 40 years old. She hails from Werrington Downs, New South Wales, Australia, and she later moved to Los Angeles to become more active in Hollywood movies.

Talking about her family, her parents are her father Piotr, and her mother Bożena Strzechowski. Likewise, her father is an electronic engineer whereas her mother is a lab technician. Her parents are immigrants from Warsaw, Poland. Hence, she is fluent in the Polish language and though her parents live in the US to be near her, her remaining relatives are in Poland.

Strahovski began acting lessons at the young age of 12 years. She attended Santa Sabina College, Strathfield, for high school, and later attended the University of Western Sydney’s Theatre Nepean in the year 2003. She also co-founded a small theater company. Further, she was a straight-A student in school. 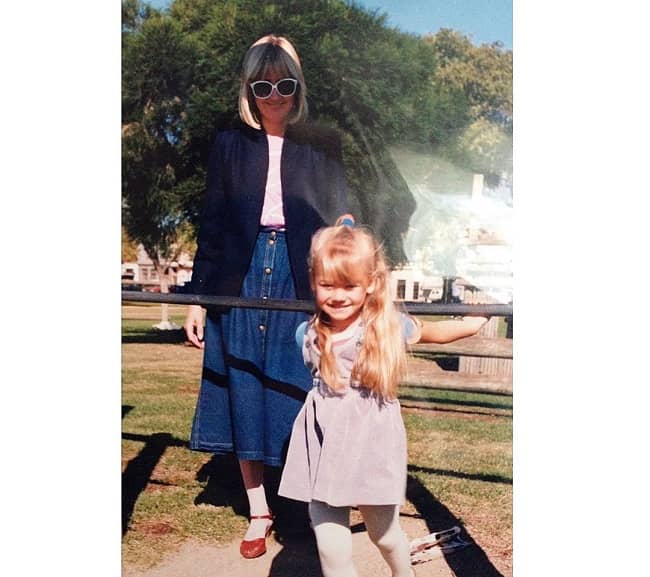 Caption: Yvonne Strahovski and her mother posing for a photo in a childhood photograph. Source: Instagram

Professionally, Yvonne Strahovski is an actress. She has won multiple TV Guide Awards for her starring role as Sarah Walker. She played the role in the television series Chuck. Then in 2017, she began starring in The Handmaid’s Tale and has also appeared in several American-made films, including Killer Elite and My Mother’s Curse. She has also appeared in several episodes of the TV series Dexter which also stars Michael C. Hall.

Further, she began her acting career and appeared on television shows when she was in Australia. Shortly after her university graduation, she landed her first role on television in an episode of Double the Fist: Fear Factory in the year 2004.

Then her next role was also on Australian television and appeared in several episodes of Headland. In the year 2007, she made her big-screen debut in Gone released in the year 2006. Her role in Gone caught the attention of casting directors in Hollywood. Hence, after some time moved from Australia to Los Angeles.

Soon after reaching there, she landed her breakthrough role as Sarah Walker in Chuck. She also lent her voice to the character Stalyan on two episodes of Tangled: The Series. The male lead “Eugene” in this show is voiced by her previous Chuck co-star Zachary Levi. 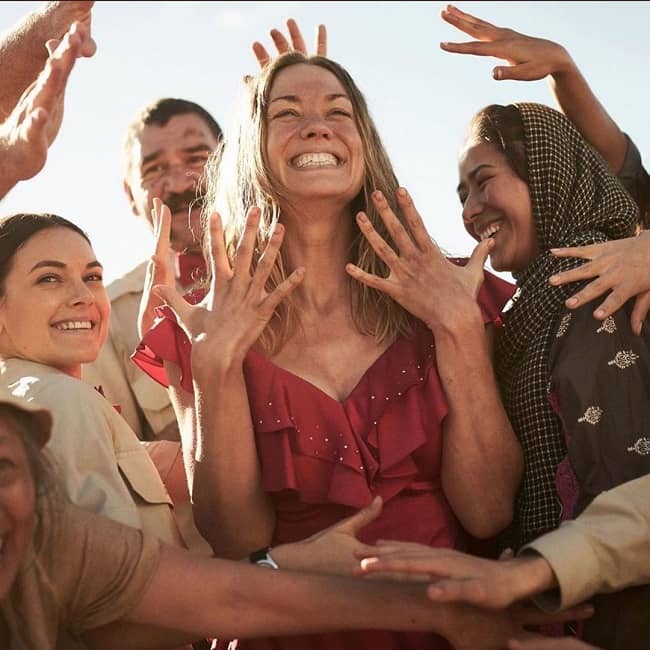 Caption: Yvonne Strahovski in a scene from Stateless. Source: Instagram

Likewise, Cosmopolitan Magazine (Australia) awarded Yvonne the “Fun Fearless Female of the Year” as well as “Favorite TV Actress” in the year 2011. Moreover, she was nominated for the 2019 Golden Globe Award. This nomination was for the “Best Performance by an Actress in a Supporting Role in a Series” for her role as Serena Joy Waterford in The Handmaid’s Tale but lost to Patricia Clarkson for Sharp Objects.

She is also a supporter of PETA and appeared in an ad for their “Adopt, Don’t Buy” campaign. Further, she was honored for her work in international roles with the 2012 Australians in Film Breakthrough Award. They also awarded Liam Hemsworth for the same cause. Moving on, she has a net worth estimation of approximately 12 million dollars.

Yvonne Strahovski is a married woman and her husband is Tim Loden. Before marriage, the lovers were dating for around six years. The couple married secretly in Northern California in the summer of 2017. Then in October 2018, the couple welcomed a son named William whose face is not revealed yet.

Before dating Tom, she was romantically involved with actor Matt Morgan in 2006. Moreover, the actress has maintained a clean public profile that is away from any rumors, scandals, and controversies that might hamper her professional career and personal life. 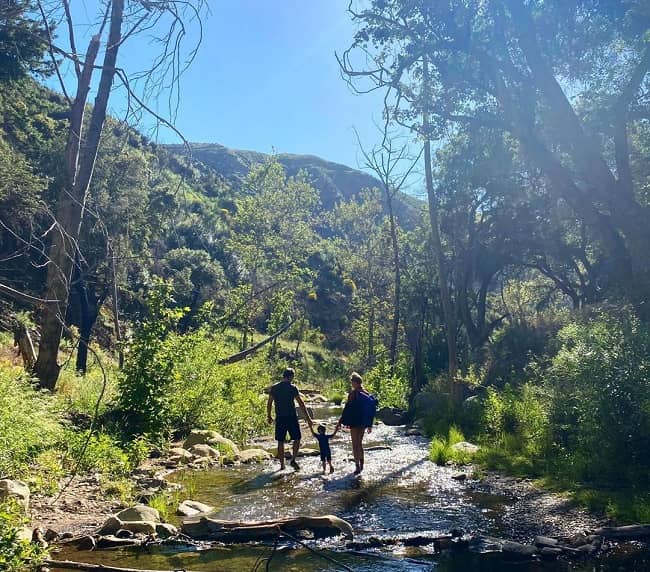 Caption: Yvonne Strahovski hiking together with her husband and son. Source: Instagram

Yvonne Strahovski stands tall at a height of approximately 1.76 meters or 5 feet 9 inches and weighs around 60 kgs. Likewise, her chest-waist-hip measures are Celebrity respectively. Further, the actress has brown hair color and beautiful blue eyes. She also had a nose ring for five years and says that the hole is still visible from a close-up.

Talking about her social media presence, Strahovski joined Twitter in June 2010 and so far has 420.5K followers and counting on her @y_strahovski account. Likewise, she goes by @yvonnestrahovski on Instagram and her account boasts 787 post shares and 827k followers at the time of writing this biography.