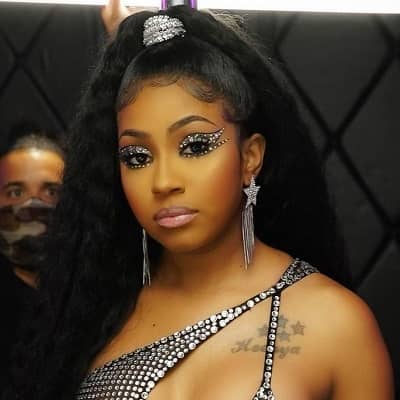 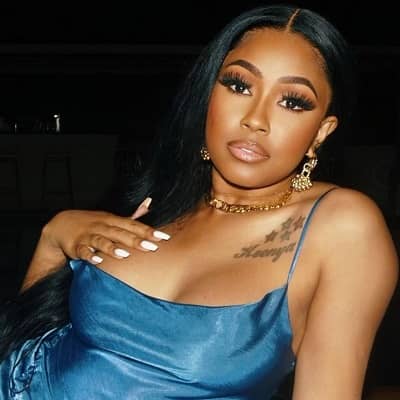 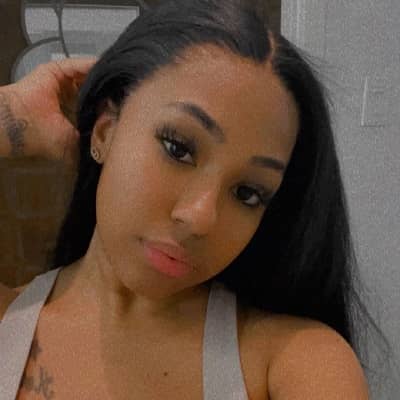 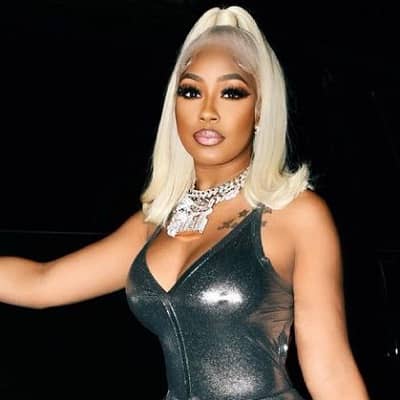 Yung Miami is an American famous rapper, singer, and model. Yung Miami is best known as a member of the rap duo, City Girls, along with JT. They are female rappers signed with ‘Quality Control Music.’

Yung Miami’s birth name is Caresha Romeka Brownlee. She came to this world on February 11, 1994. Her hometown is in Opa-Locka, Miami, Florida, USA. She is 27 years old currently and her birth sign is Aquarius. Her mother is presently in prison and is set to be released in the year 2021.

Likewise, her father has also served time in prison. Further, when Yung was 14, her father gave her one of his cars. Moreover, she has a brother and a sister but their names are not mentioned. Additionally, her godmother is Trina.

Yung became friends with Jatavia Shakara Johnson aka JT through mutual friends. They both attended ‘Carol City Middle School’ in Miami Gardens, Florida. Therefore, they became close friends and would go to teen clubs in Miami together. Yung is a famous rapper who rose to fame as part of the rap duo ‘City Girls.’ Therefore, ‘City Girls’ recorded their debut studio track “Fuck Dat Nigga” in August 2017. And, they promoted it through social media and clubs. Likewise, later that year, the track was included in Quality Control Music’s compilation album ‘Control the Streets Volume 1.’

Similarly, in May 2018, the duo released their debut studio album ‘Period.’ They released their second album titled ‘Girl Code’ in November 2018. Moreover, it features music artists Cardi B, Lil Baby, and Jacquees. They also contributed as guest appearances on “In My Feelings”, Drake’s song. Followingly, in August 2018, they released ‘Point Blank Period,’ a documentary. 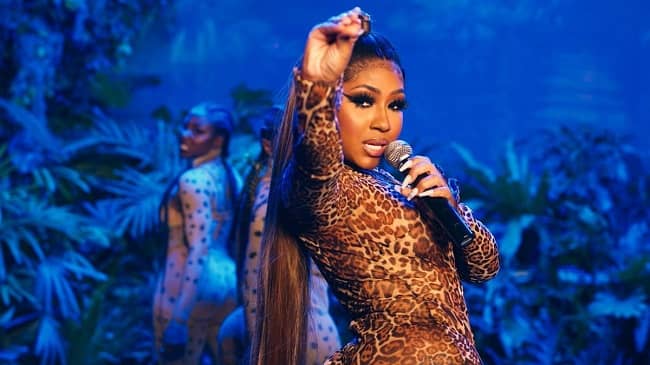 Caption: Yung Miami while performing on the stage. Source: Showbiz

Also in November 2018, their album ‘Girl Code’ entered the Billboard 200 at number 63. Moreover, on January 16, 2019, the duo and Cardi B released the music video for “Twerk”. Since JT was incarcerated at the time, Yung and Cardi B were featured in the video. It has reached number 29 on the Billboard Hot 100. Also, the music video received over 36 million views in less than two weeks.

Likewise, for the music video, the City Girls issued a challenge asking women to post videos of themselves twerking. And, the top 20 were flown out to Miami for the music video shoot, and the winning dancer, DHQUEEN won $25K. ‘City Girls’ released a new lyric video since JT’s release, “You Tried It” on November 27, 2019. And, the song gained more than a million views in a week.

Yung has a son named Jai Malik Wiggins, Jr., with her ex-boyfriend, Jai Wiggins. The pair broke up after Jai assaulted Yung and committed several acts of domestic violence. Jai Wiggins was shot to death in 2020. In December 2018, she started dating Joshua Howard Luellen aka Southside.

The two broke up and reunited later in December after Southside bought Yung a brand new 2019 Mercedes-Benz G-Class. Moreover, she announced her pregnancy on Instagram on June 11, 2019. And, on October 17, 2019, she welcomed her daughter Summer Miami Luellen. 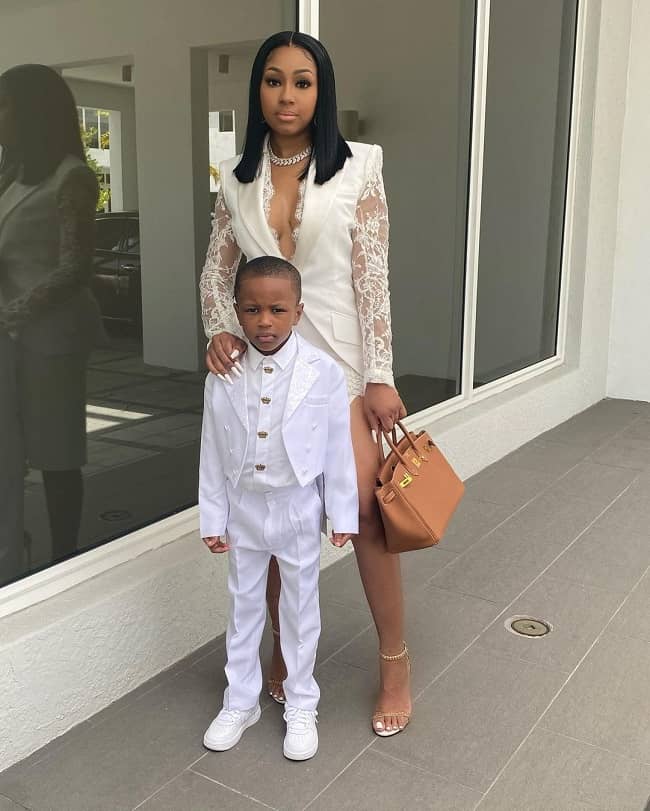 Caption: Yung Miami posing for a photo with her son. Source: Instagram

Then, Police were called during that fight and the rapper claims she was transported to a hospital for facial injuries. It included a contusion to her eye and cuts to her lips and face. Later, she was granted a long-term protective order against Wiggins. That required him to stay 500 yards away from her, as well as attend a program on domestic violence prevention. Yung also gained sole custody of her son.

Moreover, on August 6, 2019, Yung was shot at as she left a recording studio in Miami. Therefore, the shooting comes after Yung’s ex, rapper Kodak Black, recorded a song from jail in which he refers to Yung being pregnant with another rapper’s child. Fortunately, she and her unborn child were not injured. But her car was damaged by gunfire.

Yung is a beautiful and gorgeous woman. She has an average height of 5 feet 2 inches and weighs around 55 kilos. She has a stunning body figure and her bra size is 34B. Her chest-waist-hip measurements are 36-27-36 inches respectively. She has a charming and attractive personality. Additionally, she wears a shoe size of 5 (UK). Her eye color is dark brown and her hair is of black color.

This talented and popular rapper surely generates a good amount of fortune. She has a net worth of $1.5 million as of 2021.