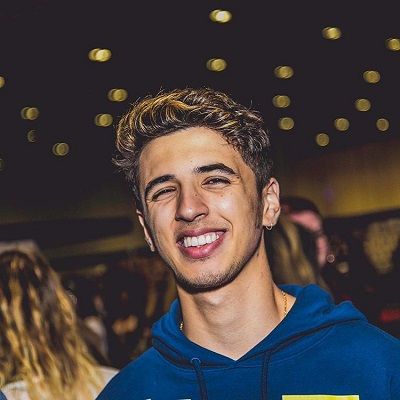 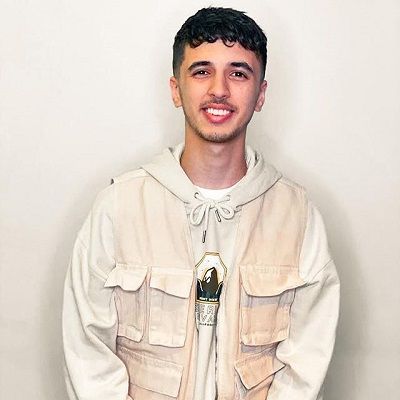 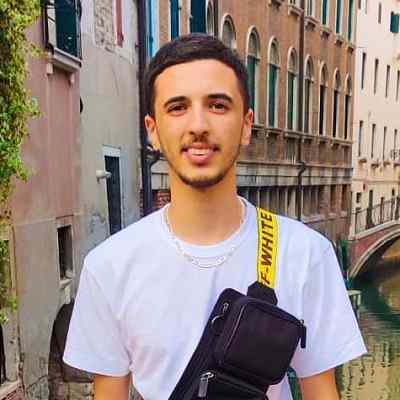 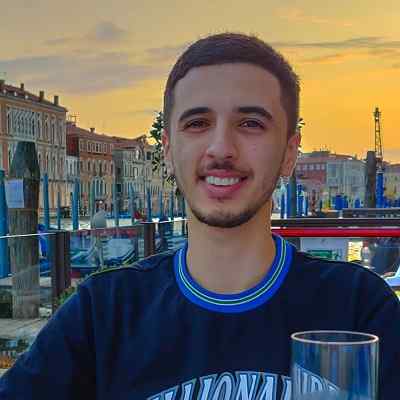 Yung Chip is a British social media personality. Yung Chip is popular as TheBurntChip and is a Youtuber who shares Fortnite videos on his channel. He is also available on other platforms like Twitch, Twitter, and Instagram among others.

Yung Chip was born on July 13, 1994, and he is currently 27 years old. He is originally from Manchester, Lancashire, England, and currently lives in the Stratford Halo Tower located in east London. His real name is Josh Larkin and he is popular as Yung Chip as well as TheBurntChip. Talking about his family, he has a young sister and has featured her on his Youtube videos and Instagram account.

Other than this, there is no information about his parents and other family details. But he has shared a photo featuring his father on Instagram. Likewise, he also has not shared information regarding his educational background. But considering his age, we can assume that he might be a university graduate unless he decided to take a break from his studies and rather focus on his professional career. 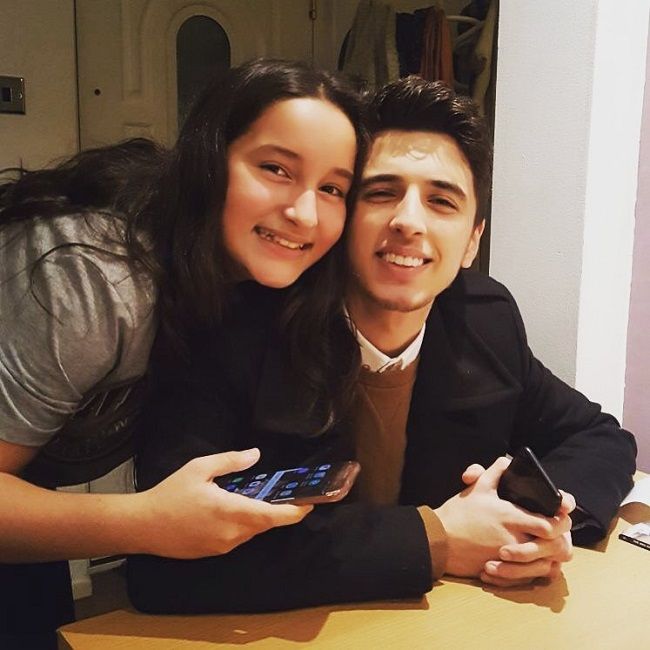 Caption: Yung Chip posing for a photo with his younger sister. Source: Instagram

Yung Chip is a social media personality. He is a popular Fortnite YouTuber who shares FIFA videos. He has more than 2 million subscribers on his “Yung Chip” channel. Moreover, Yun Chip joined the YouTube community on October 21, 2012, with the channel “TheBurntChip” which has 1.34 million subscribers at present.

On the “TheBurntChip” channel, the most viewed video with more than 4.8 million views is titled The Best FIFA 15 TOTY Pack Opening Ever!! – 9 x TOTY’s!! He did a Q&A video with AnEsonGib in October of 2014. He also had multiple appearances alongside the Sidemen in recent months – in particular with @wroetoshaw and Miniminter.

He was originally participating in the 2016 charity football match, playing on the YouTube All-Stars team. However, JMX replaced him on 1 June 2016 due to his granddad’s demise.

He started on YouTube with TheBurntChip, a channel he launched on October 21, 2012. This channel has 1.34 million subscribers and 90,375,604 views. Likewise, the first video was ‘FIFA 14- If Uche Pink Slips Vs ANESONGIB’. This was followed by more FIFA 14 gaming videos.

Then in September 2014, he made a transition to the FIFA 15 version of the game. After several months, in April 2015, he came up with FIFA 16 gameplay videos. His first video on the version was ‘FIFA 16 Slot Machine!!! – New FIFA 16 Game Mode‘ which was followed by more such gaming videos.

His journey as a YouTuber continued and Chip became extremely famous on the video-sharing platform. Besides FIFA gameplay videos, he has also published several vlogs and challenge videos on his channel, all of which are truly entertaining and fun-filled.

One of the most-viewed videos on his channel is ‘The Best FIFA 15 Toty Pack Opening Ever. He published it on January 18, 2015, and this video has received over 3.6 million views and more than 76k likes to date. The last video uploaded to this channel is titled How I completely ruined my life… and he uploaded this on 25 June 2019. It has been over a year since Chip shared new content on this channel. 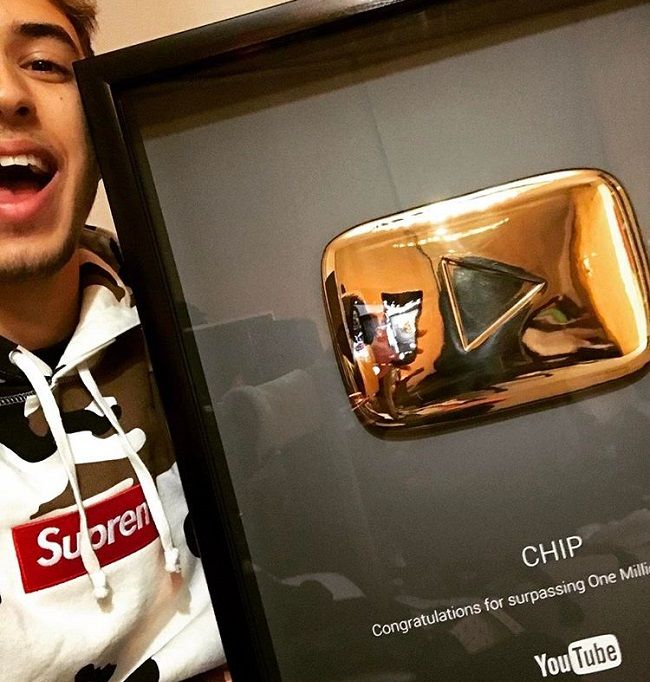 He created his self-titled channel on April 6, 2014. This channel has 202,539,508 views and 2.13 million subscribers at present. He shares Fortnite videos on this channel. He has listed a series of the gadgets he uses.

The videos with over 3 million views at the time of writing this biography are Xbox To PC – 60 Days of Progression – Fortnite Battle Royale, Every time I die I BUY something from the ITEM SHOP, Why Ninja thinks I’m a bot…, Wireless Keyboard Prank HACK on Best Friend Playing Fortnite…, and I found ALL 5 MYTHIC weapons in ONE GAME and won… with 4.8 million, 3.6 million, 3.5 million, 3.4 million, and 3.2 million views respectively. The channel has more than 2.07 million subscribers as of 2022.

Yung Chip is in a romantic relationship with Gee Nelson. The lovers have been together since August 2017. Gee has done a course in media studies and operates two YouTube channels. Gee also co-runs a glitter company called GLOW alongside her friend Gigi.

Gee is also an Instagram model as well and has worked for Ralph Lauren in the past. The lovers share photos featuring each other on their respective Instagram handles. Moreover, Chip has maintained a clean public profile that is away from rumors, scandals, and controversies that might hamper his professional career and personal life. 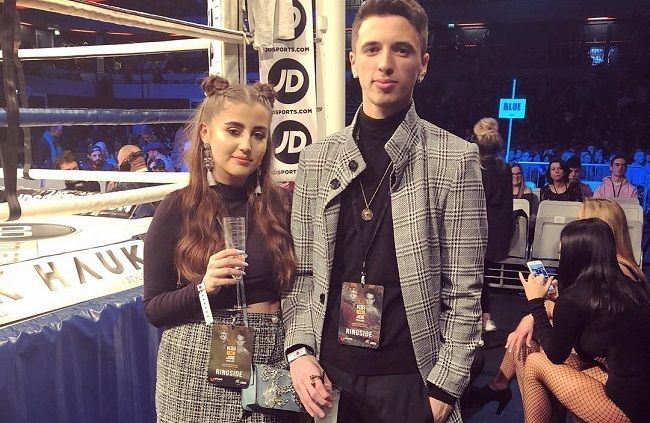 Yung Chip stands tall at a height of 5 feet 10 inches. Other than this, there is no information regarding Chip’s body measurement details including his weight, chest-waist-hip measures, biceps, dress size, shoe size, etc. Similarly, he has brown eyes and hair of the same color.

Moving on, Chip has a net worth estimation of approximately 1.4 million dollars. He mostly earns through his Youtube videos. He has published over 300 videos which all together add up to more than 202 million views. He creates on average 15 new videos every month earning 879k video views and 7.1k new subscribers every day.

Likewise, his “TheBurntChip” channel is worth 19,000 dollars. He has published 470 videos which all together add up to more than 90 million views. TheBurntChip has not created any new video for more than a year. Nevertheless, he earns 16.7k video views and 5 new subscribers every day on this channel.