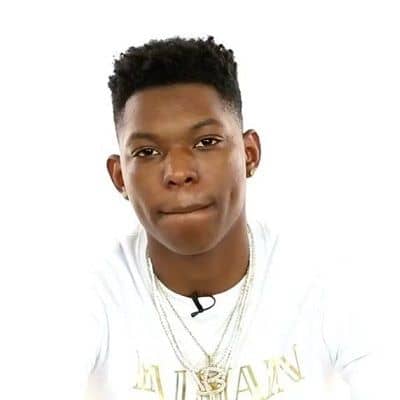 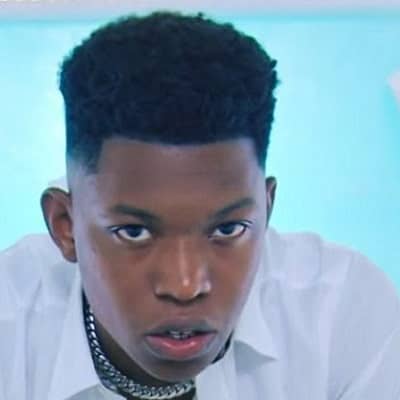 Yung’s real name is Jeremy Biddle. However, he is better known by his stage name Yung Bleu. He was born on April 4, 1994. Thus, his age is 27 years old as of 2021. He was born in Mobile, Alabama. Similarly, he is an American by nationality. Talking more about him, he is an Aries by horoscope. He hasn’t talked much about his childhood. Therefore, it is hard to retrieve information about his family background.

Although, he did mention that he was bullied due to his color and race back in the days. He also talked about another tragic incident that happened in the past, his younger brother had passed away due to gang violence. Other than these details, he hasn’t shared much with his fanbase or any online media. The names of his parents, their occupations, and the whereabouts of his siblings are still unknown as Yung prefers to keep such information confidential. Although he is a public figure, he prefers keeping his family life a private matter.

As his childhood details are still a mystery to his fans, so is his educational background. His educational qualifications are not known yet. He has never talked about the schools and colleges he attended back in the days. Although considering his age, he has already graduated college if he attended one.

Yung’s interest in music was very obvious from a young age. As he grew up listening to singers like Luther Vandross, he grew very fond of music. At the young age of 11, he started writing and singing raps. He first released his song to the public when he was only 13. However, he didn’t have enough money to professionally record his music.

The first music he ever recorded was on his Nokia phone. He used to work in a local pipe mill and invest the money he earned from his job into his music. He debuted in the year 2013. Similarly, he has worked with quite a few different entertainment agencies like Young Boss Entertainment, Columbia Records, and Ma Music Management, he has collaborated with different artists like Lil Drunk, Wiz Khalifa, YFN Lucci, Moneybagg Yo, Kevin Gates, and more. 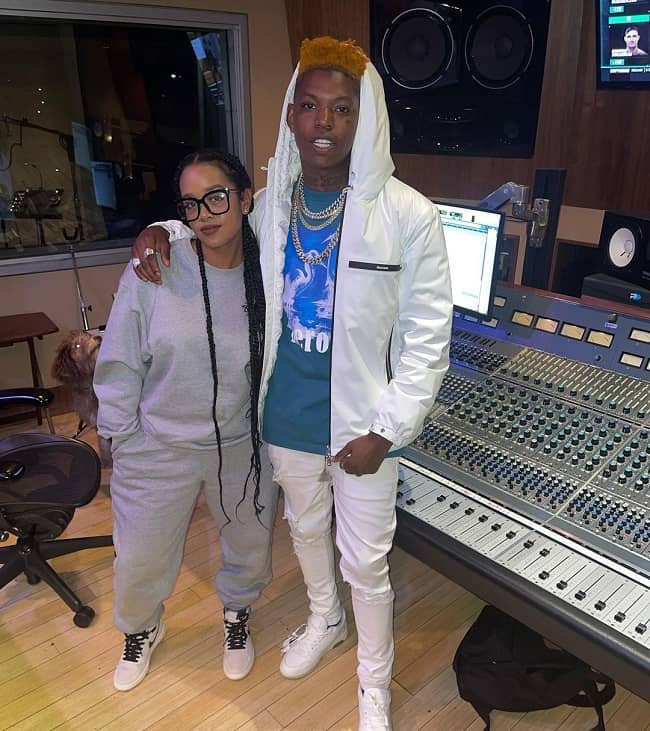 Caption: Yung Bleu in the recording studio with a fellow artist. Source: Instagram

He has garnered many fans who enjoy listening to his music over the years. He has a large number of people who listen to his music on different platforms like SoundCloud and YouTube. One of his biggest hits is a song titled “Miss It” which he released in the year 2017. Other than these achievements, he also has a YouTube channel of his own.

His YouTube channel is @Yung Bleu. He joined the YouTube community in September of 2015. He has 1.22 million subscribers on his YouTube channel so far. Likewise, he has posted 145 videos on his channel to date. He uses this platform to share his music-related content with his subscribers and people who are interested in listening to him. Although his growth in music is significant, he still has a lot more to achieve in the days to come.

He earns money from music which he has been passionate about since a very young age. He is a rapper and also a songwriter by profession. His total net worth is suspected to be around $100k-$1 million. However, he hasn’t confirmed this piece of data himself yet. Similarly, his monthly salary and other such details regarding his income are also not obtainable at the moment. 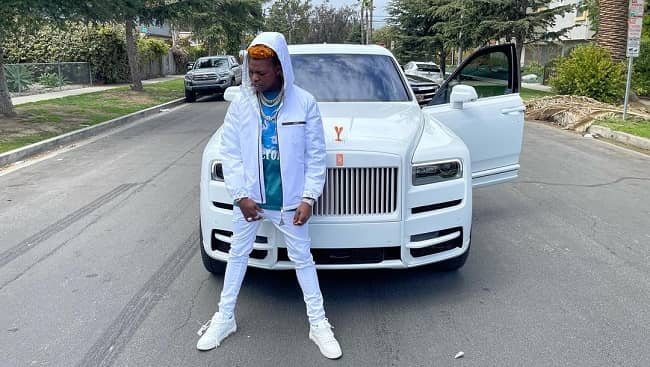 Caption: Yung posing in front of his brand new car that he gifted himself. Source: Instagram

The 27-years-old artist is said to have a son. However, details of his relationships are not available on the web. It seems like Yung likes to maintain privacy regarding his personal life. he hasn’t shared any details about his relationships. Thus, his relationship status is still unsure, and might be single right now.

Yung stands at a height of 6 feet tall. Similarly, he has dark brown eyes. His hair is naturally black. Other than these, further body measurement of his is not obtainable right now. 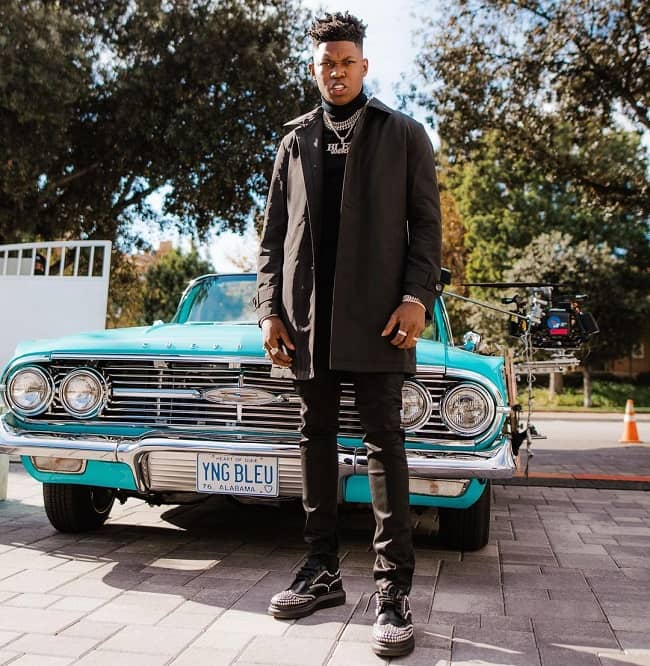