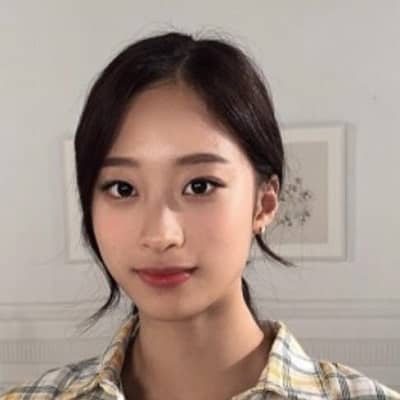 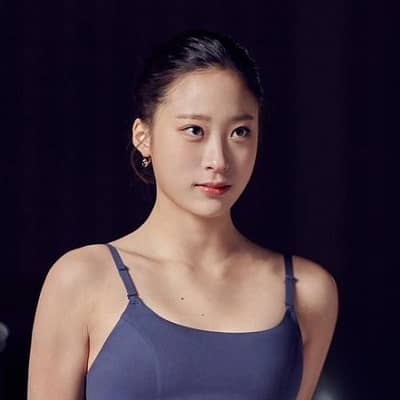 More Facts of You Young

You Young was born on the 27th of May 2004, in Seoul, South Korea. She is 18 years old according to her birth date and is a South Korean by nationality. Likewise, she has a birth sign of Gemini and belongs to the Korean ethnicity.

She is the only daughter of her parents You Il-jin (father) and Lee Sook-hee (mother). Professionally, her father runs a business in Indonesia. Because of her father’s business, she moved to Indonesia when she was two years old and spent her childhood in Singapore.

Coming towards her educational career, she enrolled in Bukit Timah primary school and attended school for a year before she returned to South Korea.

You Young began skating after seeing Yuna Kim win the 2010 Winter Olympics. Despite her South Korean citizenship, she was raised in Singapore, trained with various coaches, and competed in the Singapore National Figure Skating Championships from 2011 to 2013.

Zhang Wei, a former Chinese national ice dancer who won gold with partner Wang Rui at the 1999 Asian Winter Games, was one of her coaches in 2012. Her coach believes You have what it takes to become a world and Olympic champion in the future.

With her coach’s advice, You returned to South Korea with her mother in March 2013 to further her development as the training environment is better. She won the gold medal at the 2016 South Korean Figure Skating Championships in January 2016, becoming the country’s youngest-ever national champion at 11, breaking Yuna Kim’s previous record of age 12 in 2003.

Moreover, she won the gold medal at the Cup of Tyrol’s novice level in March. She finished second to Alena Kanysheva of Russia in the Tallinn Trophy novice level in November 2016. Later, she finished fifth at the 2017 South Korean Figure Skating Championships in January 2017, primarily due to a short program fall.

You made her Junior Grand Prix (JGP) debut in September 2018, finishing fourth at JGP Croatia in Zagreb. She finished fifth at the JGP Italy in Egna in October.  Moreover, she won gold at the 2018 South Korean Figure Skating Championships in January 2018, her second national title.

She finished ninth at the 2018 World Junior Championships in March. She appeared on the JGP series in August 2018, taking bronze at JGP Slovakia in Bratislava behind Russians Anna Shcherbakova and Anna Tarusina. It is currently her only JGP medal.

She then finished fourth at the JGP Canada in Richmond, British Columbia, Canada. Moreover, she was selected for the 2019 World Junior Championships after winning her third national title.

In February 2019, she won gold at the 2019 Bavarian Open and the 2019 Winter Children of Asia ISG. She improved to sixth place overall with a more robust free skate after a poor short program at Junior Worlds that placed her in eleventh place.

You started her season with a gold medal at the 2019 Philadelphia Summer International. She made her Challenger Series debut in 2019, taking bronze behind Russians Anna Shcherbakova and Elizaveta Tuktamysheva at the 2019 CS Lombardia Trophy after finishing second in the short program and third in the free program. 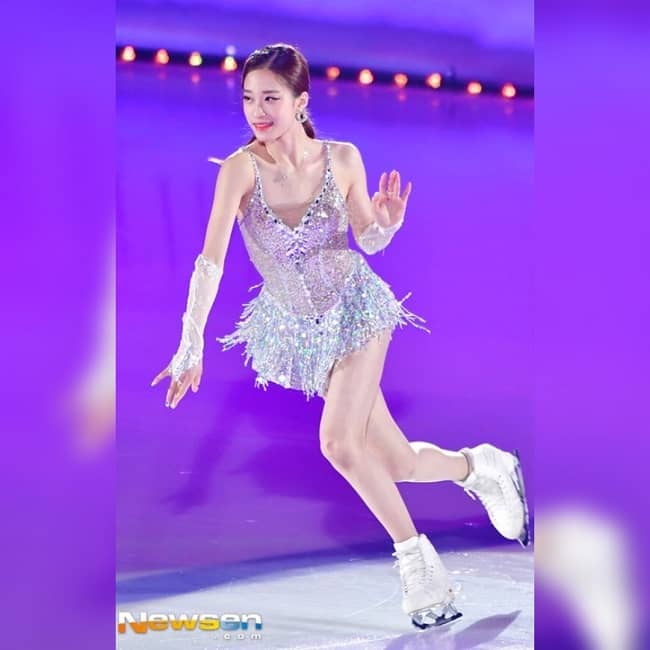 She entered the 2020 South Korean Championships as the defending champion and, given her success on the international circuit, was favored to repeat her title. After placing first in both segments, You won the gold medal ahead of Lee Hae-in and Kim Ye-lim.

She was the first Korean skater to win a medal at Four Continents since Olympic champion Yuna Kim in 2009. Her senior World Championship debut was scheduled for Montreal, but it was canceled due to the coronavirus pandemic.

You competed in the South Korean Championships in 2021. Despite under-rotation calls, she finished first in the short program, but fell twice in the free skate, including on her triple Axel attempt, and finished fourth overall.

As a result, she was not nominated to Korea’s World Championship team for 2021. You began the 2021-2022 season with the Cranberry Cup event at the Skating Club of Boston, where she earned the silver medal, 30 points behind champion Alysa Liu.

She then competed in the Challenger series at the 2021 CS Autumn Classic International, where she was widely regarded as the gold medal contender but ultimately finished second to surprise winner Marilena Kitromilis of Cyprus. She did not land a clean triple Axel at either competition.

You finished fifth in the short program at the 2021 Skate America Grand Prix after falling on her triple Axel attempt. You did not land her triple Axel in either segment of her second tournament, the 2021 NHK Trophy, but she still finished third in the short program and second in the free skate to earn her second bronze medal of the Grand Prix season.

She entered the 2022 South Korean Championships as the favorite and won the gold medal in both segments. Moreover, she and Kim were named to the South Korean Olympic team and will compete alongside bronze medalist Lee Hae-in at the 2022 Four Continents Championships. 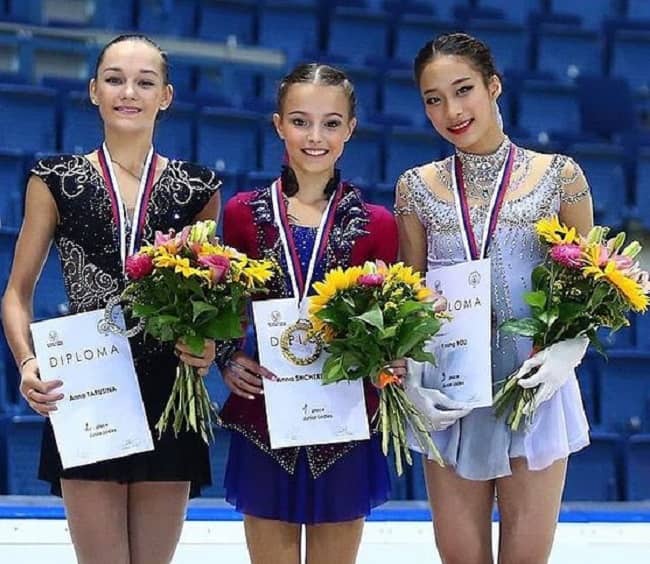 Caption: You Young with medal and flower (Source: Instagram)

You Young has not officially revealed her earnings, salary, and income in public. However, according to some online sites, her net worth might be around $1.5 million which she earned from her profession.

Regarding You’s relationship, she is still a teen and is not involved in any kind of relationship. However, it seems, she is single and not dating anyone at the moment and might be single. You like to avoid scandals and controversy which can harm her professional career. 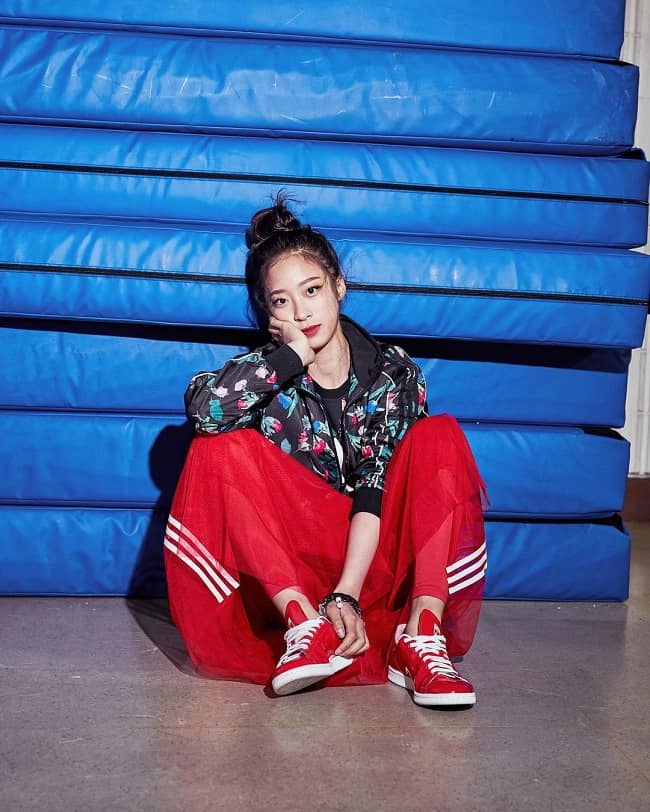 Caption: You Young posing for a photo (Source: Instagram)

This figure skater stands 5 feet 5 inches tall. However, not much is known regarding her weight, dress size, shoe size, and others.  Looking at her photos and images, You have brown eyes with black hair color.