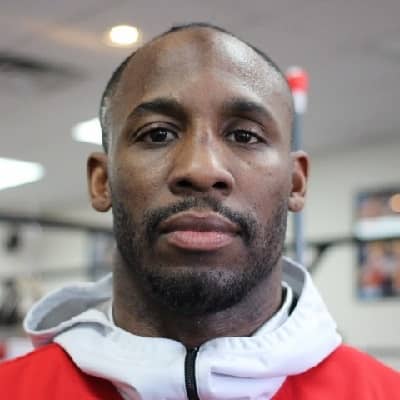 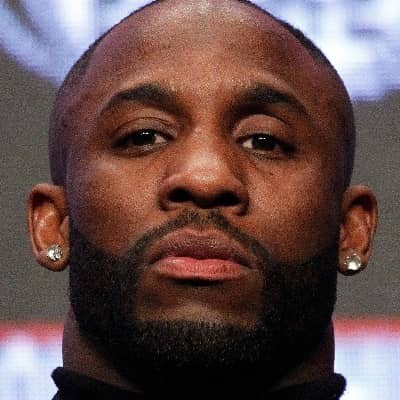 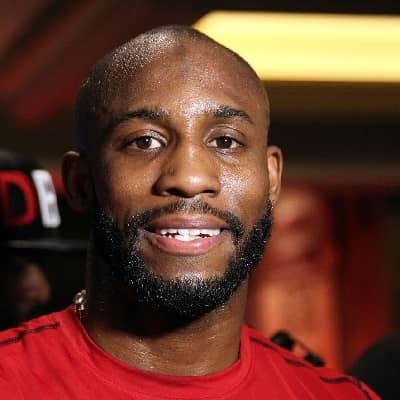 Yordenis Ugás was born on the 14th of July, 1986, in Santiago de Cuba. He is Cubans and his ethnicity is African. Ugas is Christian. Likewise, his full name is Yordenis Ugás Hernández. His mother’s name is Milagros. As of now, he is 35 years old. 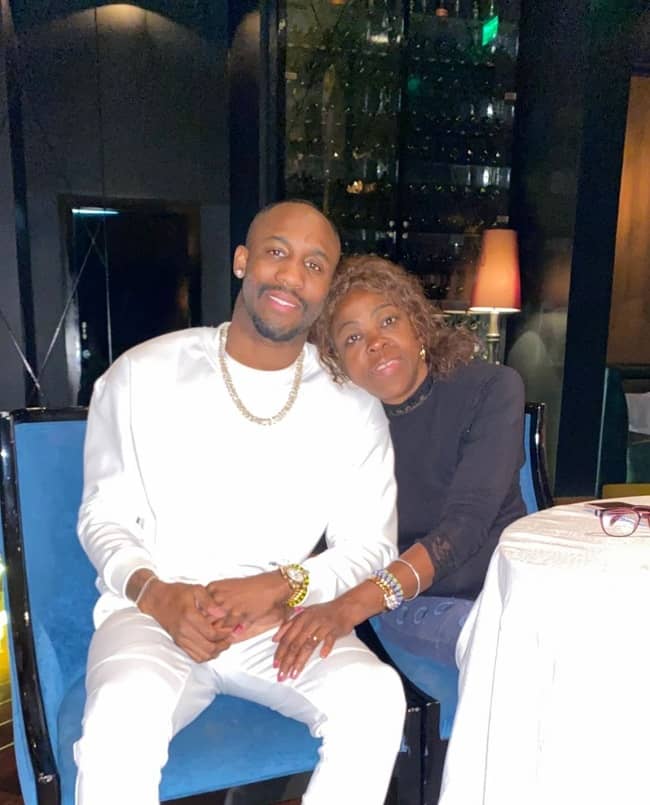 In 2003, he was the U17 world champion but he lost against Amir Khan at the junior championships in 2004. On other occasions, he lost two times against his count countryman Luis Franco at featherweight and finished 3rd in the nationals 2004 at featherweight. He moved to lightweight in 2005 where he got more success as he won the Cuban Championships from 2005 to 2008.

Yordenis Ugásalso won the tournament called PanAm Championships (not the PanAm Games) in 2005. He also suffered a loss two times against Kazach southpaw Serik Sapiyev in 2005. In 2006, he was part of the Cuban national team which won the 2006 Boxing World Cup and he also won the Central American Championships that year.

Ugas moved to the USA in March 2010 in hope of becoming a professional boxer. He made his pro debut on July 9, 2010. He had his first career title fight against Shawn Porter for the WBC welterweight title on March 9, 2019. Ugas was dominant in most of the fight. He started to celebrate after the match while Porter just stood still.

However, he lost the match after two of the judges the fight in favor of Porter, 116-112 and 115–113 while only one of the scored the fight in his favor. The match was seen as a controversial split decision win for Porter as the crowd booed the match’s result. He then faced former world champion, Omar Figueroa in his next match. He dominated the match and won unanimously.

Ugas fought against Abel Ramos for the vacant WBA (Regular) welterweight title on September 6, 2020. He dominated most of the fight and won the fight in a split decision. He was then elevated to the status of WBA (Super) champion. Manny Pacquiao was stripped of the title due to inactivity.

Manny was scheduled to face undefeated WBC and IBF champion Errol Spence Jr. at the T-Mobile Arena in Las Vegas on August 21, 2021, but he had to withdraw from the fight after suffering an injury to his left eye. He replaced Spence Jr and had the first defense of his WBA (Super) title against Pacquiao. The fight was quite competitive but Ugas dominated the bout and won via unanimous decision.

After he defended his title against Manny, he petitioned the WBA for a special permit to avoid a mandatory defense against Eimantas Stanionis in order to face Errol Spence Jr., the IBF and WBC champion, in a title unification bout. As a result, Ugás and Stanionis were given a 30-day period to negotiate the terms of their fight.

Due to their inability to reach an agreement, a purse bid was ordered for December 9 with a minimum bid of $200,000. As the reigning champion, the winning bid would be split 75/25 in favor of Ugas. WBA President Gilberto J. Mendoza said that the Spence-Ugas deal was accepted because Stanionis was willing to stand down on December 19, 2021.

On February 8, 2022, the unification match was officially announced. The fight was scheduled to headline a pay-per-view card on April 16 at AT&T Stadium in Arlington, Texas. Showtime was in charge of the PPV distribution. In the tenth round, he lost the match via TKO.

The fight was stopped by the refs on the advice of the ringside physician, due to Ugas’ severely swollen right eye. At the time of the stoppage, he was losing on all three judges’ scorecards, with scores of 88–82, 88–82, and 88–83. He also anded fewer total punches (216 to 96) and fewer power punches (192 to 77) compared to Spencer Jr. 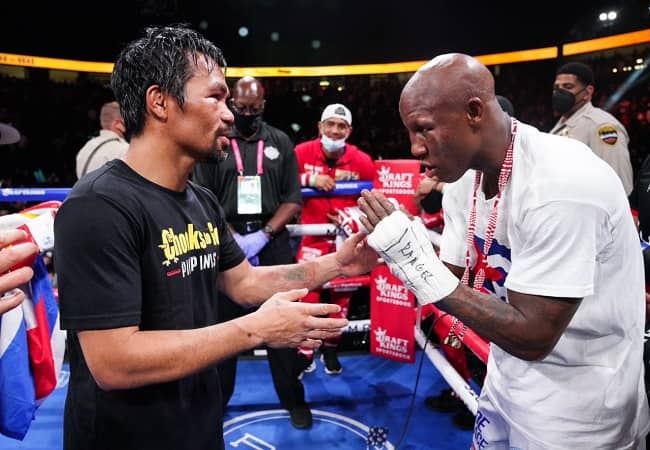 Caption: Ugas and Manny after the bout Source: Twitter 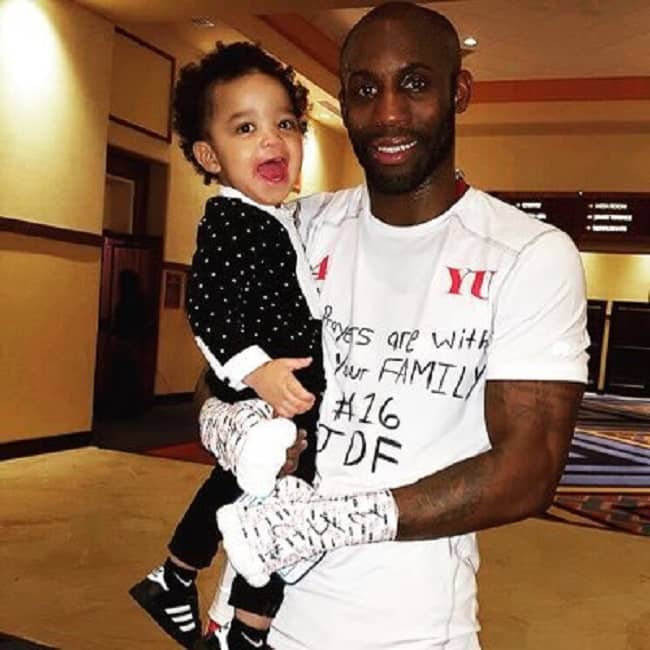 Yordenis Ugás has a height of 5 ft 9 inches and he weighs 66 kg. Yordenis is bald and his eyes are black in color. He also has an arm reach of 73 inches.

Ugas earned his wealth from a successful boxing career. He has a record of 27 wins and 5 losses in his professional boxing career. Ugas has a total net worth of 15 Million.