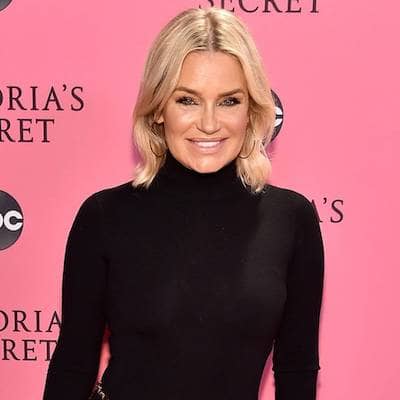 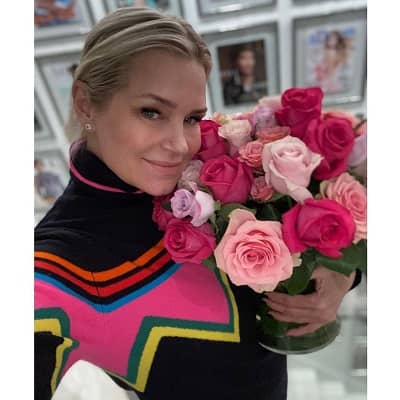 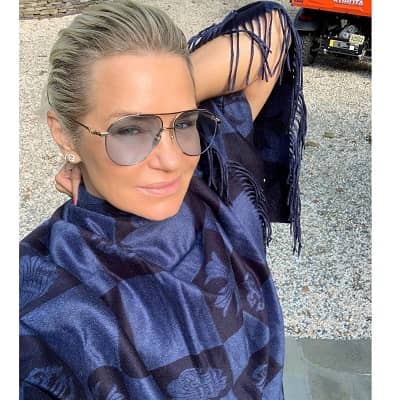 Yolanda Hadid is a Dutch-American television personality, former model, and also an interior designer. Yolanda Hadid is famous as a star of the American reality television show The Real Housewives of Beverly Hills. She is a mother to IMG models Gigi, Bella, and Anwar Hadid. A perfect amalgamation of beauty, courage, and composure, she continues to live a positive life with her family and friends.

Yolanda Hadid’s date of birth is January 11, 1964. The birth name of Yolanda is Yolanda van den Herik (Hadid). Her nationality is American and her ethnicity is-American and her ethnicity are Dutch-American. Similarly, she is 57 years old and her horoscope is Capricorn. She was born in Papendrecht, Netherlands, to a family of Christian background. She has a brother named Leo. As a child, she loved to ride horses, milk cows, and other barn activities.

When she was seven years old, her father died in a car accident, leaving her mother, Ans van den Herik (1941-2019) to raise the two children. Widowed at the age of 30, her mother took up the challenge and learned to be an independent mother, devoting her life to the children. At the age of 13, she decided to become a provider for her family and took up the job of a dishwasher at the local Chinese restaurant.

It was her first-weekend job and a tiring one too which consisted of washing hundreds of dishes and buckets of silverware. Two years later, she took on a part-time job selling cheese and sandwich meats at the Hema, a local grocery store, and was soon promoted to the post of cashier. With the money earned from the job, she managed to get through her hectic school, riding, and barn work schedule. 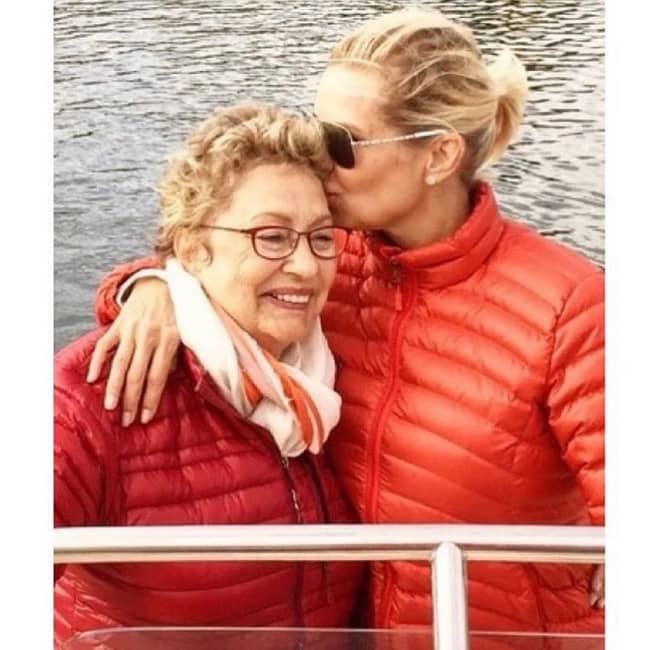 Yolanda began her modeling career at a young age. She did a hair show for her friend, Dorothy, in Amsterdam and it was there that she was first asked to walk the ramp in a fashion show. Dutch designer Frans Molenaar asked Van den Herik to replace one of his models at a show, where she was discovered by Eileen Ford and signed a contract with Ford Models. Afterward, Van den Herik modeled in Paris, Milan, Sydney, Cape Town, Tokyo, New York, Los Angeles, and Hamburg. Moreover, she modeled for 15 years before wanting to settle down and start a family.

In 1994, Van den Herik moved to Los Angeles to start her family after meeting and marrying Mohamed Hadid. After her second marriage, she emerged as an entrepreneur and has been actively involved in her company, ‘Hopelessly Romantic’, which helps men and women “get wise and keep their romance alive!”. During the 2010s she also started appearing on ‘The Real Housewives of Beverly Hills’, an American reality television series that focuses on the personal and professional lives of several women residing in Beverly Hills, California.

In 2012, Van den Herik was diagnosed with Lyme disease, as she has stated multiple times on several episodes of The Real Housewives of Beverly Hills. Then, in December 2012, she reported that she was having a port implanted in her arm to help treat her chronic Lyme disease. In April 2013, she had the port removed. Also, in January 2015, she revealed that, as a consequence of the illness, she had “lost the ability to read, write, or even watch TV”.

Now, Hadid is again back to her normal healthy life. She got American citizenship on 23 May 2013. In addition, Her memoir Believe Me: My Battle with the Invisible Disability of Lyme Disease was published in 2017. On January 11, 2018, her reality TV-show competition Making a Model with her premiered on Lifetime, which had been developed under the working title Model Moms. 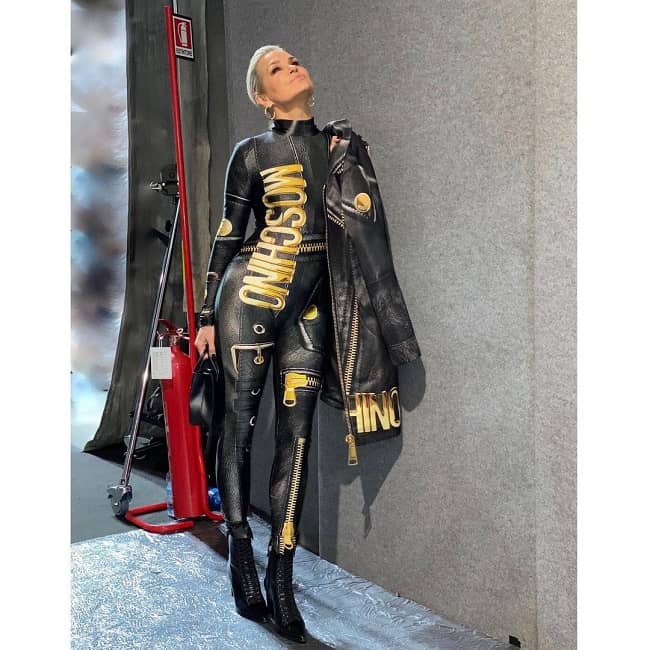 Yolanda Hadid’s net worth is $45 million and their salary is $100,000 per season. She is satisfied with her earnings as of now. Moreover, she is living a luxurious lifestyle on her own. Her major source of earning is from her modeling and acting career.

Van den Herik’s first marriage was to Mohamed Hadid, a real estate developer, from 1994 until 2000. The couple has three children together, Jelena “Gigi” (born 23 April 1995), Isabella “Bella” (born 9 October 1996), and Anwar (born 22 June 1999). In 2006, she met David Foster, a Canadian musician and record producer, winner of 16 Grammy Awards. He too had been married before and had several children. The couple fell in love over time and moved in together after four years of dating.

Then, Van den Herik married David Foster in Beverly Hills, California on 11 November 2011, after becoming engaged on Christmas Eve, 2010. On 1 December 2015, Van den Herik announced she and David Foster planned to divorce. The divorce was finalized in May 2017. Yolanda Hadid is showing her love for her boyfriend Joseph Jingoli on his birthday. On Saturday, the former Real Housewives of Beverly Hills star, 56, posted a heartwarming tribute for Jingoli on Instagram, calling the construction CEO her “true love”.

Hadid, who raises chickens, cattle, ponies, and more on her farm, including a photo of the pair getting ready to go horseback riding as they were holding a saddlebag and wearing riding boots. Then, in January 2018, Hadid raved about her boyfriend in an interview with PEOPLE Now, also revealing that she took some time off from dating after her divorce from ex-husband David Foster to focus on herself. 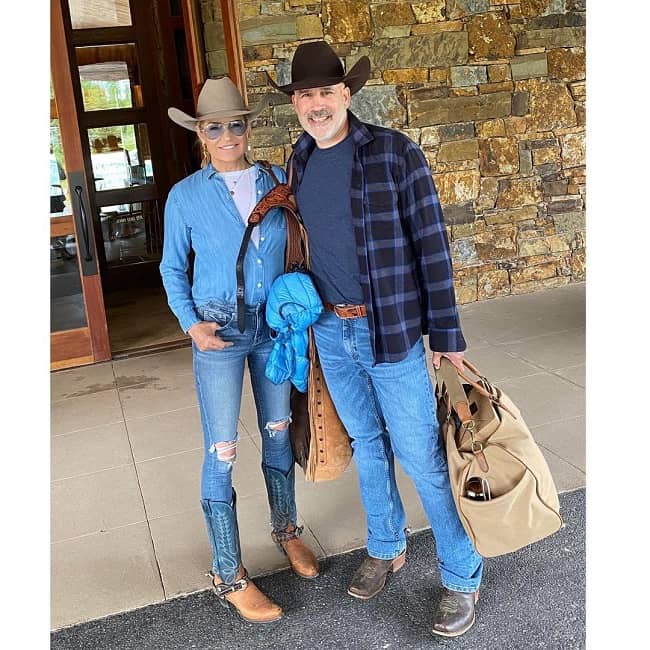 Yolanda Hadid rumored that her ex-husband David Foster divorced her due to her struggles with Lyme disease. She made sure that it wasn’t the reason. Other than this there are no other scandals and rumors about her.

Yolanda Hadid is a very beautiful woman with a charming personality. She has a good height of 5 ft 7 inches and her body weight is64kg. Similarly, she has blonde hair color and her eye color is Hazel. Her bra size is 34C, her shoe size is 9(US) and her dress size is 10(US). Moreover, her body measurement is 37-26-37 inches. After having so many troubles in her life, she still has managed to stay happy, healthy, and kind. Even after becoming a mother of three daughters, she has a perfect body posture.

Coming to her social media status, she is quite active there, she has an Instagram account with 3.5 million followers. She also uses Twitter where she has 682.3 K followers. In addition, she even has a Facebook page but is not active there anymore. However, she still has more than 80 K followers there. We can see how happy she is with her family and her career through her social media accounts as well.