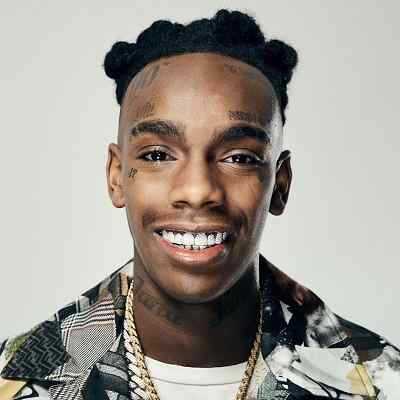 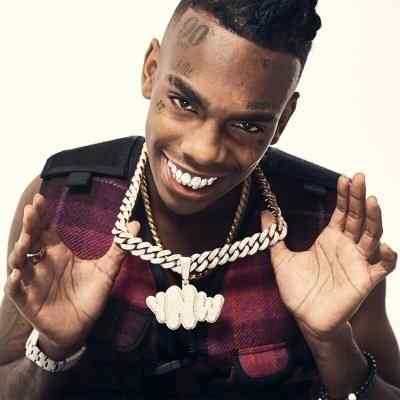 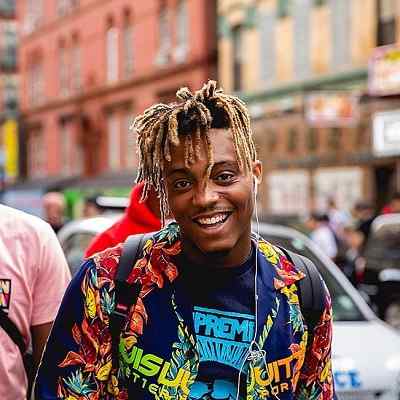 YNW Melly is an American Rapper. YNW Melly is an emerging SoundCloud artist. He is a rapper who started to solidify himself on the Florida scene with his record “Murder on my Mind”. Likewise, he was charged with two accounts of first-degree murder in 2019.

YNW Melly was born in Gifford, Florida, the United States of America, on May 1, 1999. He is 23 years old and is under the birth sign, Taurus. He holds American nationality and is an African-American. His real name is Jamell Maurice Demons.

His mother’s name is Jamie Demons-King but he does not know who his father is. He was raised by his single mother. However, another rapper, Donte “Tha Gift” Taylor, claims to be his father but this information is not confirmed by anyone. Likewise, Jamell’s mother was 14 years old when she became pregnant with him, giving birth to him in ninth grade. Later, she moved to a poorer part of Gifford. His mother struggled to pay for housing and necessities. Moreover, Jamell also has a younger brother and he is Ynw Bslime who is also a rapper.

Regarding Jamell’s educational background and qualification, he attended Vero Beach High School. Other than this, no information regarding his education is available as of now. 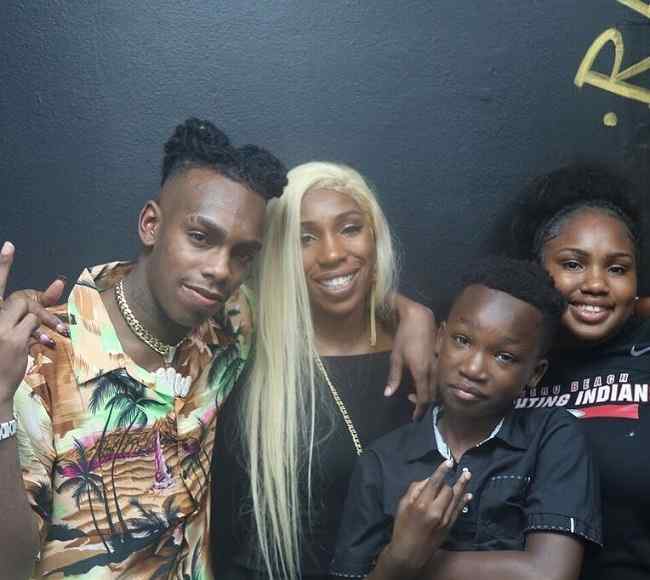 Caption: YNW Melly along with his family (Source: Instagram)

YNW Melly developed an interest in music when he was very young. He grew up listening to singers like Chris Brown as well as Michael Jackson. And, he was heavily influenced by the way Michael Jackson moved the crowd with his on-stage persona. So, Jamell also developed an interest in dancing and copied Michael’s dance steps. And, when he was 5 years old, he began singing at family gatherings. The appreciation he received in the gatherings pushed him even further to follow music as a career path.

He attempted making music for the first time in the eighth grade. He went to a friend’s house and recorded a rap on his microphone and began writing his own raps earlier. His recording went very well, and then she began uploading his music on social-media channels, particularly on “SoundCloud”. Likewise, Jamell’s freestyle rapping and comprehension of songwriting quickly made him popular in the local circles. He was being compared to Young Thug, and that pushed Jamell to make more music by his friends.

Most of Jamell’s lyrics were based on his experiences of growing up in a dirty, shady neighborhood. However, he did not literally write most of the lyrics down anywhere but he did memorize them. After being released from prison, he began recording songs. And, one of his first singles was “Murder on My Mind” and the song became a local hit as well.

Following Jamell’s release from prison in March 2018, he shifted from Gifford to Miami, citing issues with the racism that is prevalent in the Florida police department. He then announced that he was working on a mixtape titled “I Am You”. Then, in August of the same year, he released his debut mixtape. Likewise, he included his ode to several contemporary rappers, such as Gucci Mane and Wiz Khalifa, in the mixtape. His mixtape consisted of 15 songs and was an instant hit with his listeners as well as critics.

He also released an EP titled “Collect Call EP” and the song featured artists like Lil B and John Wicks in the EP. In the year 2018, he had a major career breakthrough when he was featured on Radar Station’s list of the “Hottest New Creators”. He was able to earn the top spot on the list, beating other popular artists like King Princess and Australia’s Fisher. Jamell even was working with rapper Tee Grizzley on a new project and a few rappers, like Young Thug, Future, and Uzi, showed interest in working with him.

Furthermore, he takes pride in the fact that he managed to get his life back on track after going through a lot of trouble. His song titled “Mama Cry” is about his mother and the lyrics of the single talk about the struggles his mother went through to raise him. 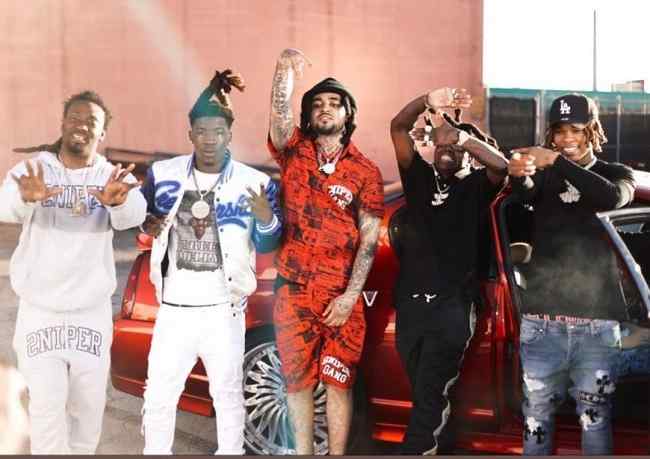 He was arrested on June 30, 2018, in Fort Myers, Florida for possession of marijuana, a weapon or ammunition by a convicted felon, and drug paraphernalia. He then was again arrested in January 2019, in Fort Myers for possession of marijuana. Then, on February 12, 2019, Jamell was charged with two counts of first-degree murder. It was in connection with the October 2018 shooting deaths in Fort Lauderdale, Florida of two YNW associates described as his close friends, rappers Anthony Williams and Christopher Thomas Jr.

Likewise, the authorities purport that he conspired with fellow YNW rapper Cortlen Henry to stage the double-murder of Williams and Thomas Jr. And make it appear as if they were in a drive-by shooting and were fatally injured. His friend, Henry allegedly drove the victims to the hospital where they later succumbed to their wounds. Then, on February 13, 2019, he turned himself in.

The neighborhood where Jamell Maurice Demons grew up is one of the most dangerous American towns. And growing up amidst the chaos did not help him at all. This town is highly notorious, and not many people from this place have been able to move to other places. Likewise, while in prison, he became serious about his career as a rapper. And, some of his best songs were written behind the prison walls.

Furthermore, in April 2020, he through management told fans on Twitter that he tested positive for COVID-19. And, he was in the process of trying to get an early release from prison because of his health concerns. But, his motion was denied on April 14. 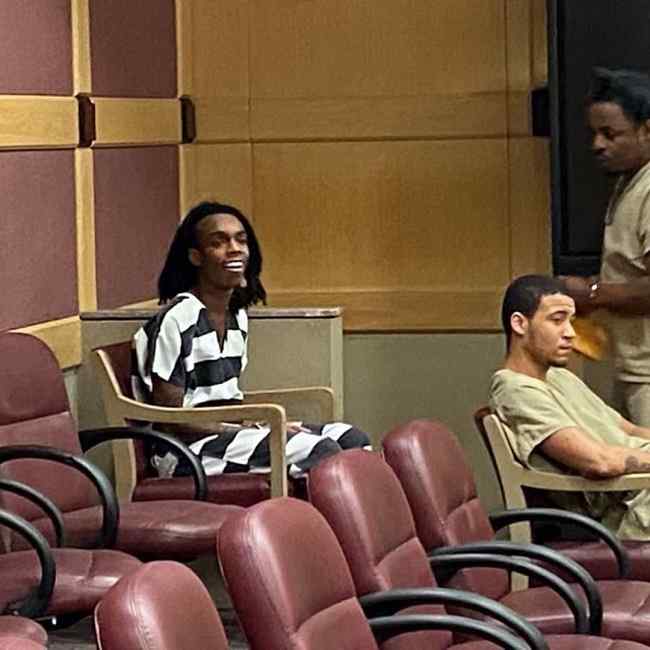 YNW Melly’s single brought trouble for him. The second verse of his single described his fantasies of murder. And, the judge read it aloud in court and punished and sentenced Jamell for violating the rules of his probation. Likewise, many of his songs glorify violence, and this has also been criticized. He did try to cover some of his extremely violent lyrics with melodious music and produced some hit tracks.

Moreover, the single “Slang That Iron” was his wicked take on Chris Brown’s famous single “Say Goodbye”. And, another single, “4 Real” talked about him threatening to empty a clip. After his release from prison, he released his second song “Virtual”. This song talked about how he wanted to have blood on his blue shoes. Further, this was Jamell’s way of making the local people from Gifford relate to his music.

YNW Melly is possibly single at the moment and is to be more focused on his career and life rather than being in a relationship. Also, he is being arrested at present. And, he has spent most of his life in the dark and in prison. He has been fighting for his own life and is focused on it.

Or maybe he wants to keep his personal and love relationship private and away from the media. Also, when we focus on his past relationships, no information has come forward until now. However, there have been rumors of dating but none of the people have confirmed the rumor to date.

YNW Melly has a height of 5 feet 8 inches and his weight is 70 Kg. Jamell’s other body measurements like his chest size, waist size, and hip size, are 40-32-33 inches respectively. Moreover, he has dark brown eyes and black dreadlock hair.

According to celebritynetworth, he has a net worth of $100K and his main income source is his career of rapping.