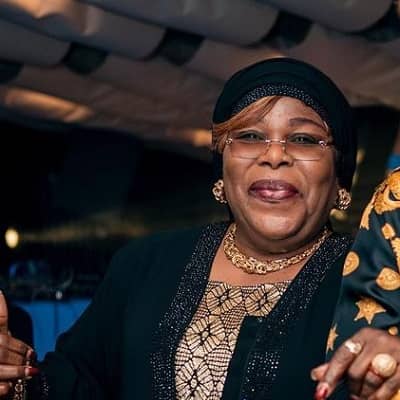 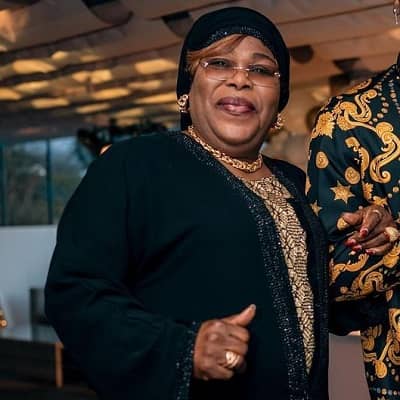 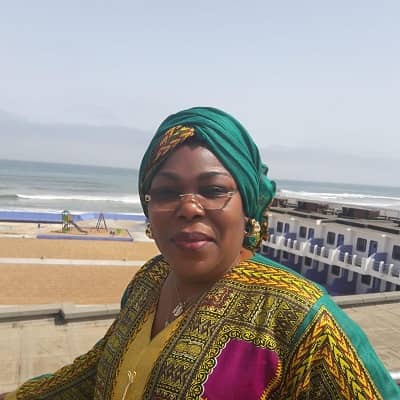 Yeo Pogba’s date of birth, place of birth, age, and zodiac sign are all unknown at present. However, her son Paul wished her a happy birthday through an Instagram post on 22 August 2019. Likewise, her full name is  Yeo Moriba Pogba.

Yeo also has yet to share insights into her personal life including information about her parents, siblings, educational journey, etc. Moreover, Yeo’s nationality is Guinean and she is a Muslim. 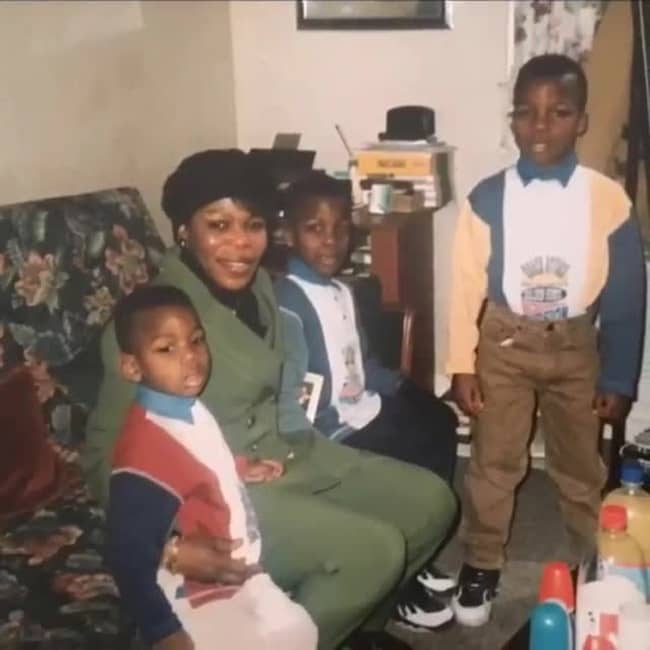 Caption: Yeo Pogba in an old photo with her children. Source: The Sun

Yeo Pogba is famous as the celebrity mother of footballers Florentin Pogba, Mathias Pogba, and Paul Pogba. Her twin sons Florentin and Mathias have both played for the Guinea national team. Likewise, Mathias has played five times since his debut in 2013.

Talking more about her children’s professional life, Florentin plays for the Guinean national team as well as for the Ligue 2 club – FC Sochaux- Montbeliard. On the other hand, Mathias plays as a striker and is a free agent. Moreover, her son Paul plays for Serie A club Juventus as well as the France national team.

Her son Paul operates primarily as a central midfielder but can also be deployed as a left winger, attacking midfielder, defensive midfielder, as well as a deep-lying playmaker. Similarly, her son Paul joined the youth team of Ligue 1 side Le Havre in 2007. It was before a protracted transfer brought her son Paul to Manchester United two years later.

After beginning his senior career with Manchester United, limited appearances persuaded her son Paul to depart to join Italian side Juventus on a free transfer in 2012. With this team, her son helped the club to four consecutive Serie A titles as well as two Coppa Italia and two Supercoppa Italiana titles. 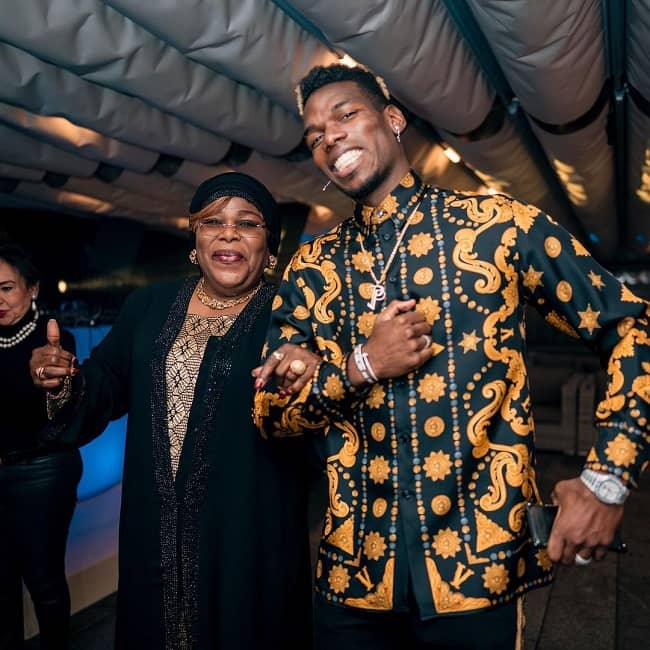 Caption: Yeo Pogba posing for a photo with her son Paul. Source: Instagram

During his time in Italy, her son Paul further established himself as one of the most promising young players in the world. As such, her son received the Golden Boy award in 2013 and the Bravo Award in 2014. Then in 2016, her son was named to the 2015 UEFA Team of the Year and the 2015 FIFA FIFPro World XI after he helped Juventus to the 2015 UEFA Champions League Final.

Moreover, her son’s performances at Juventus led to him returning to Manchester United in the year 2016. This was for a then-world record transfer fee of €105 million which is equivalent to £89.3 million. In his first season back, her son Paul won the League Cup and the Europa League. Likewise, in the 2018–19 season, her son was named the PFA Team of the Year.

Internationally, her son Paul captained France to victory at the 2013 FIFA U-20 World Cup as well as took home the award for the Best Player for his performances during the tournament. Similarly, her son made his debut for the senior team after a year. 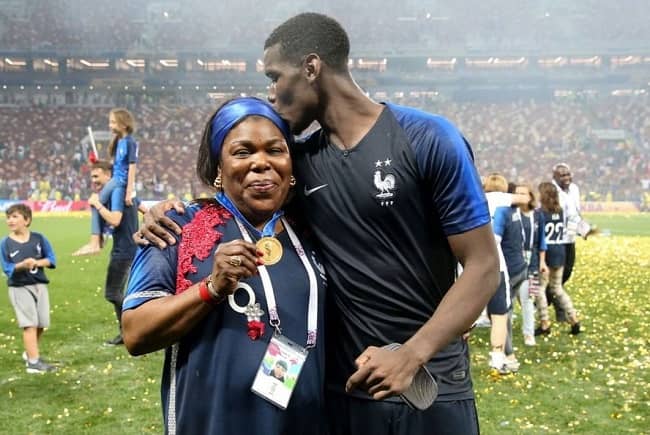 Yeo Pogba was previously married to Fassou Antoine Pogba. Her ex-husband is also from Guinea and he worked as a telecommunications engineer. This ex-couple welcomed their twins on 19 August 1990 in Conakry, Guinea. The twins are footballers Florentin Pogba and Mathias Pogba.

Similarly, the ex-couple has another child named Paul Labile Pogba who was born on 15 March 1993. Prior to all this, Yeo and Fassou emigrated to France in the year 1991. This couple unfortunately separated in 1996 and later got divorced. 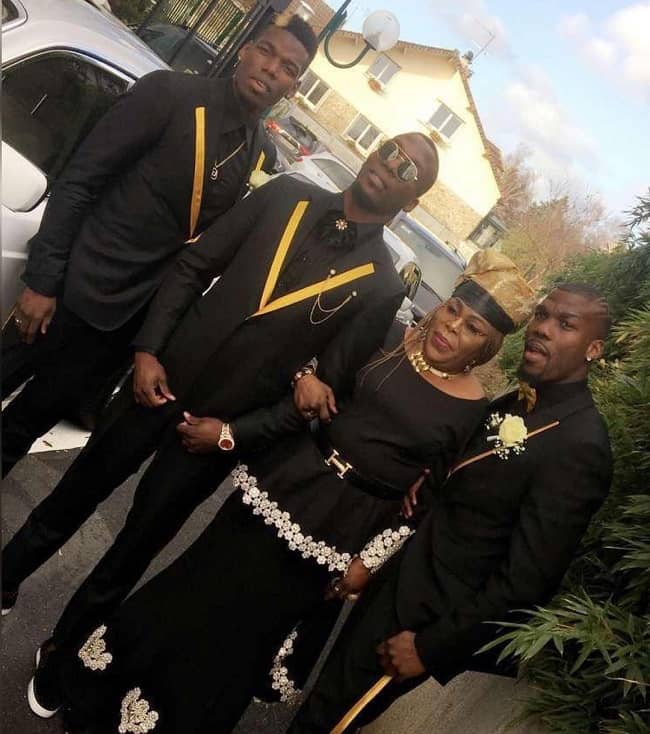 Caption: Yeo Pogba posing for a photo with her sons. Source: Instagram

Yeo Pogba’s body measurement details including her height, weight, chest-waist-hip measures, dress size, etc. are still unknown. On the other hand, Yeo has dark brown eyes and hair of the same color.

Moving on, Yeo doesn’t have a social media profile on any platforms. However, she occasionally appears on her sons’ Instagram profiles @paulpogba, @mathiaspogbaofficial, and @florentinpogbaofficial. She also sometimes appears on her daughter-in-law’s Instagram @zulaypogba.

Similarly, her son Paul has a net worth of around $125 million. Her son’s primary source of income is his active involvement in football tournaments throughout the years. However, Yeo’s own net worth and earnings are still a mystery.