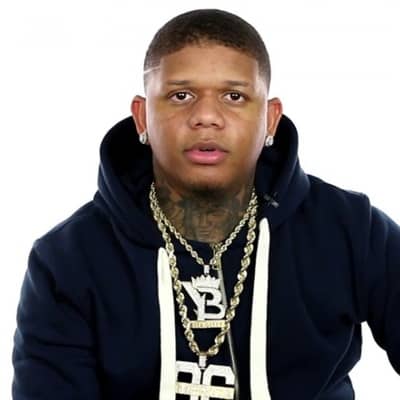 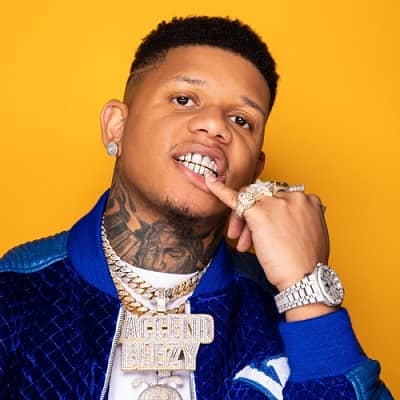 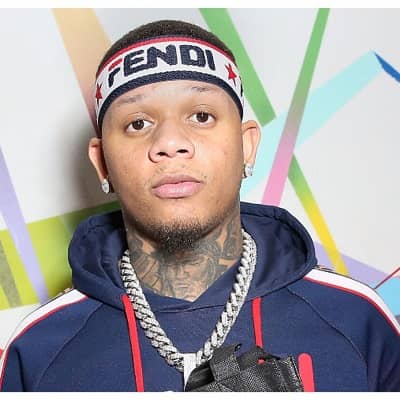 Yella Beezy grew up in the Oak Cliff neighborhood of Dallas. At the young age of 12 years, Yella Beezy’s father was murdered at their home in Oak Cliff. This unfortunate incident occurred on Mother’s Day. Throughout his childhood, Yella Beezy played basketball and football.

Moreover, Yella’s original aspiration was to become a professional footballer. However, during his teens, Yella Beezy became a Crip. Following this, the young Conway was selling drugs to support his family. Young Conway was often kicked out of school for fighting. He then ended up dropping out of high school without a diploma. 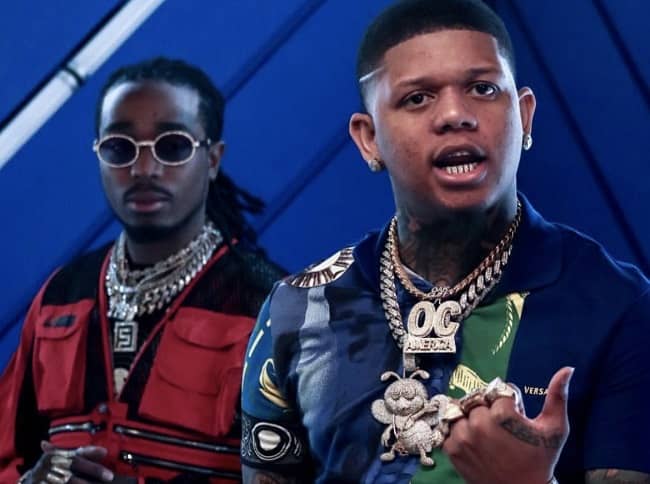 Professionally, Yella Beezy is a famous rapper and singer-songwriter. The rapper is most popular for his singles like That’s On Me, Bacc at It Again, Up One, and Goin Through Some Thangs among others.

The rapper actually started writing song lyrics and rapping at the young age of 13 years. The Dallas rapper names artists Boosie Badazz and Kevin Gates as his inspiration. Then at the young age of 14 years, Yella Beezy released his 1st mixtape. It is called Mash Mode Overload.

Then in the year 2012, Yella Beezy released his 2nd mixtape called Lil Yella Mane. The Dallas rapper’s hit 1st single was Trap in Designer. This single is a part of his mixtape Broke Nights Rich Days released in 2015.

Likewise, in the year 2017, the Dallas rapper released his mixtape Lite Work, Vol. 2. This mixtape featured the song That’s On Me. This song actually peaked at #37 on the Billboard Hot 100. This song also led the rapper to sign with Chris Turner (A&R) to L.A. Reid’s label Hitco.

In the year 2018, the rapper released his next mixtape Ain’t No Goin Bacc. This mixtape includes hit songs What I Did, Up One, a remixed version of That’s On Me. For this mixtape, the rapper collaborated with multiple artists including Lil Baby, 2 Chainz, T.I., Kevin Gates, and Boosie Badazz.

Also in 2018, Yella Beezy gained more fame. It was due to the rapper opening for Jay-Z and Beyoncé in Dallas and Houston. It was during the power couples’ On the Run II Tour.

The next year, i.e. 2019, Yella Beezy released his mixtape Baccend Beezy. This was also the rapper’s 1st mixtape under his label “Hitco”. This mixtape also features hit singles like Bacc At It Again and Restroom Occupied. For these songs, the rapper collaborated with Quavo, Gucci Mane, and Chris Brown. Furthermore, Yella Beezy also appeared on Eritrean model Rubi Rose’s single Hit Yo Dance. This single also features NLE Choppa. 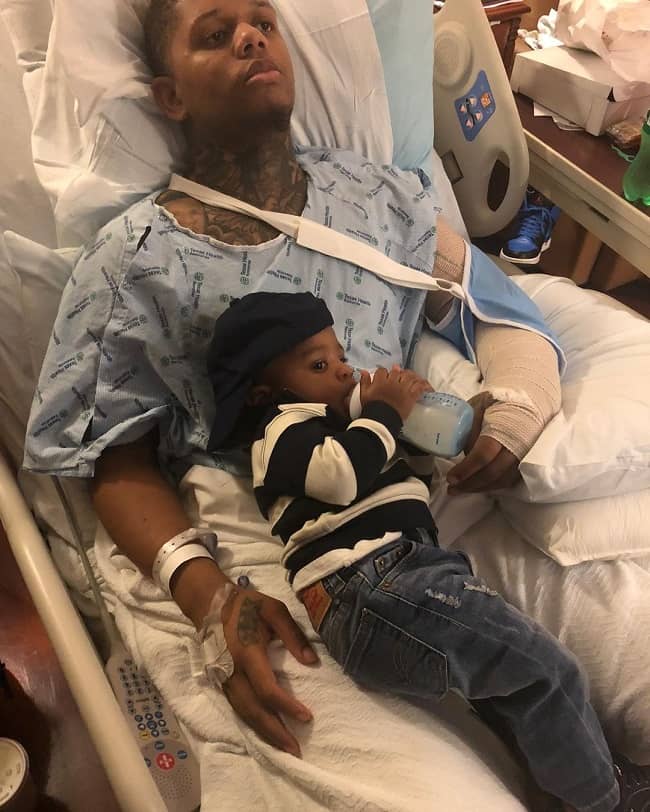 Caption: Yella Beezy captured with his first son while recovering from the gun-shot accident. Source: Instagram

Yella Beezy welcomed his first son on 20 January 2018. His first son turned 3 years old in 2021. On 7 January 2021, Yella Beezy also shared an Instagram photo welcoming his second son. However, the rapper has not shared the names of his children as well as his baby’s mothers too.

On 14 October 2018, Yella Beezy got shot on the Sam Rayburn Tollway in Lewisville, Texas. It was at around 3:30 AM. As per the reports, the rapper’s vehicle was fired 23 times. Among them, Yella Beezy was hit 4 times. The rapper was hospitalized and he luckily survived. The sad thing about this incident is that they never found the shooter. Talking about his relationship status, she might be single. 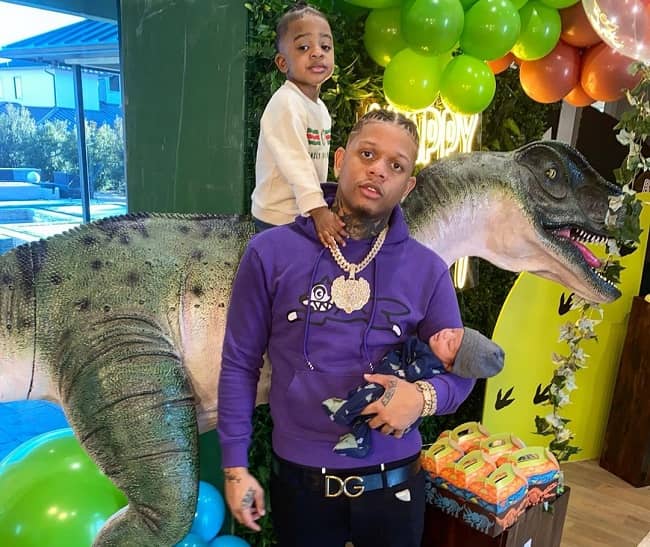 Caption: Yella Beezy posing for a photo with his sons. Source: Instagram

Yella Beezy stands tall at an approximate height of 1.78 meters or 5 feet 10 inches and his weight is around 79 kgs or 174 lbs. Moreover, the Dallas rapper has dark brown eyes and hair of the same color.

Talking about his social media presence, Yella Beezy joined Twitter in March 2011 and so far has over 33.7K followers on his @YellaBeezy214 account. Likewise, he has over 2 million followers on his @yellabeezy214 Instagram account.

The rapper then created his “Yella Beezy” Youtube channel on June 5, 2018. So far, this Youtube channel has over 603 million views and 1.13 million subscribers as of May 2021. The Dallas rapper has over 669K people following his journey on Facebook. Moving on, Yella Beezy has a net worth of approximately $2 million US dollars.