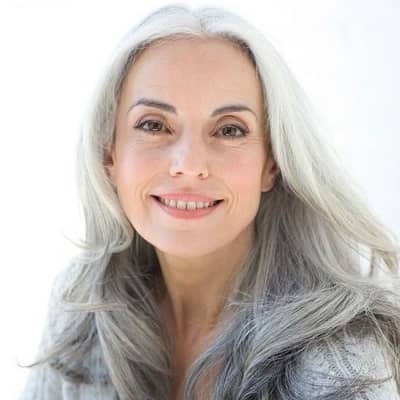 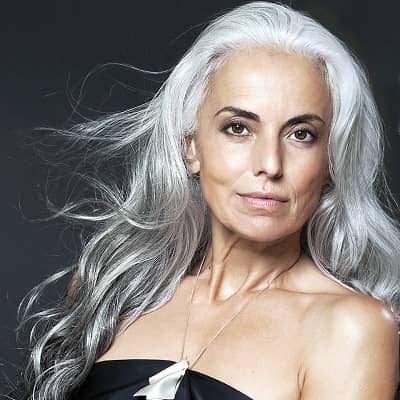 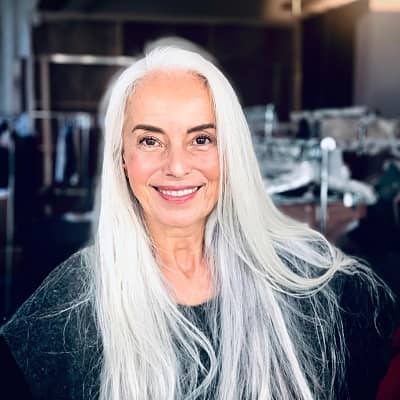 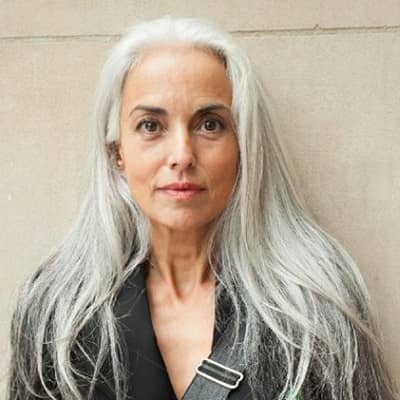 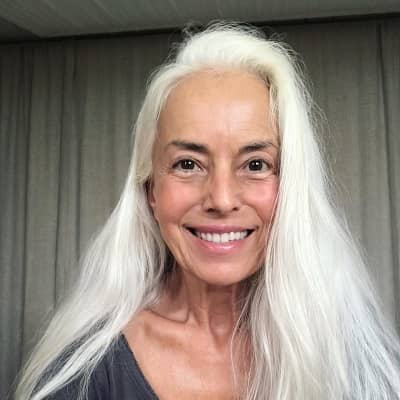 Yazemeenah Rossi was born on 21 December 1955 and she is currently 66 years old. She hails from Corsica, France, where she grew up with her grandparents. She also grew up spending time on the French mainland. Likewise, this model’s zodiac sign is Sagittarius and she has dual citizenship of French and American. At present, she is living in Malibu, California. 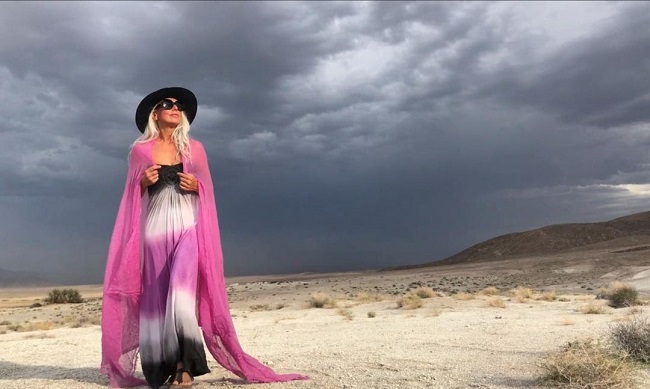 Professionally, Yazemeenah Rossi is a multitalented personality. More precisely, she is a model, photographer, designer, storyteller, and social entrepreneur. She has also appeared in Timeless Beauty in 2018, Revelator in 2017, and The Grasslands in 2017.

Talking about the beginning of her modeling career, she started while still living in France at the age of 30 years. This makes her a unique model as her starting point was normally the age of retirement for modeling. After a few years, this personality became a model for The Ford Modeling Agency in New York City.

This personality is recognized as a pioneer as she became one of the first models with silver hair. Despite being a model, her first love since childhood has been photography. This model with silver hair likes being real with her body and work. That is also why she accepts her moon hair and wrinkles.

As she grew up in nature, she has always adopted a way of life that is very balanced, healthy, spiritual, and in tune with nature. She has also been practicing Yoga for over 30 years and her quest for “Beauty” is in the simple little things of everyday life. 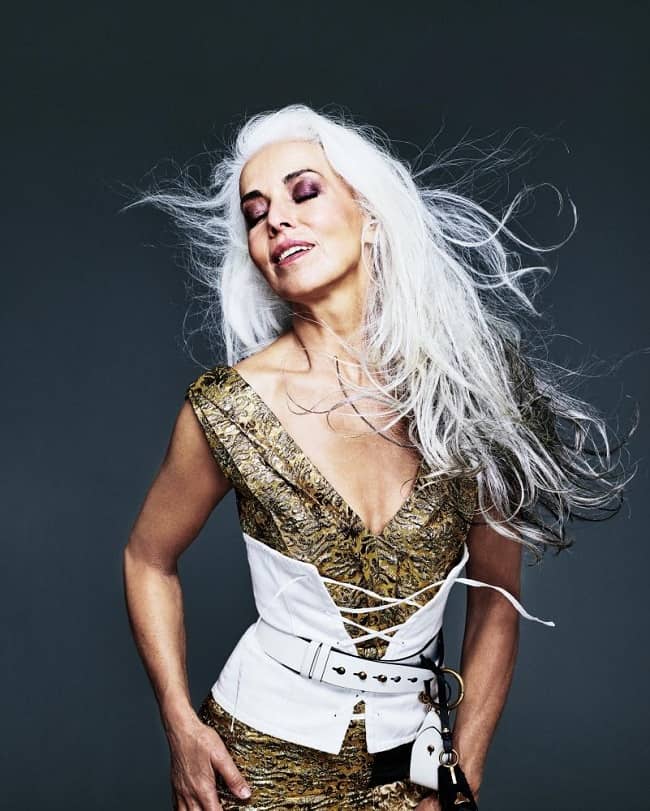 Caption: Yazemeenah Rossi in a photoshoot. Source: The Guardian

Talking more about her career, she started taking her first self-portraits in New York in the year 2000. Some of her photos were retouched in her portfolio and it frustrated her not to recognize herself in them. This gave rise to a hobby to work in its own right.

Today, she is a model both in front of and behind the lens for different brands leading styling and artistic direction. She is also a photographer, who works in natural outdoor light as much as possible. This model has also displayed several exhibitions of different works including self-portraits, portraits, landscapes, and still life. She is also very active on social media networks.

Furthermore, she is also an artist not only visual but also manual. As such, she appreciates and values the work of artisans. She also promotes and shares their work with the world in social entrepreneurship with Nepal using her talents as a model and photographer to create beautiful visuals of their wearable art pieces. 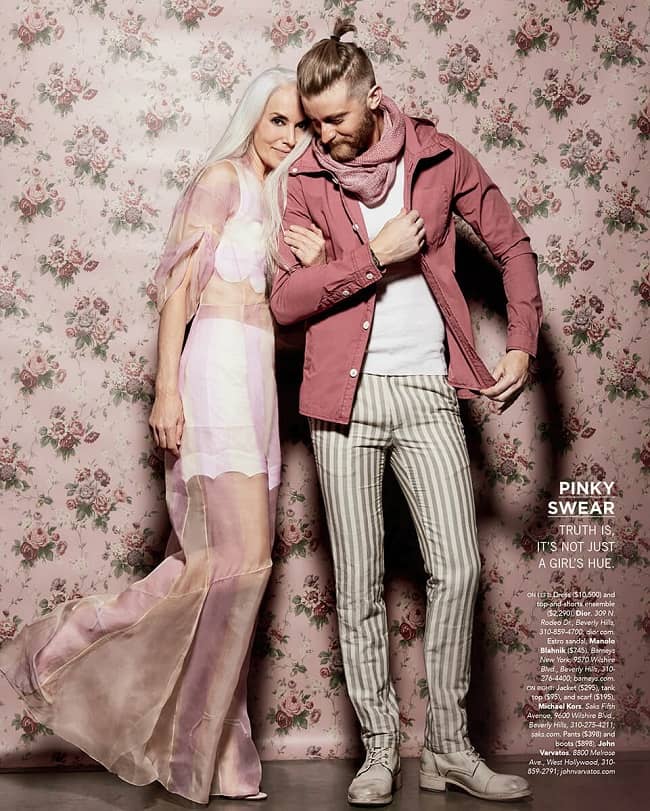 Yazemeenah Rossi is living a single and happy life focusing her time on utilizing her creativity. Talking about her past relationships, she married for the first time at the young age of 17 years. Soon after, she gave birth to her son. After 3 years of welcoming her son, she gave birth to her daughter. Through her son, she has two granddaughters namely Sara and Leanne. As of 2022, her grandkids are 20 and 17 years old respectively.

In her 30s, Rossi divorced her 1st husband. She then remarried 10 years later. However, her 2nd marriage also ended in divorce 15 years later. Despite ending their marital relationship, she and her 2nd husband are still good friends. 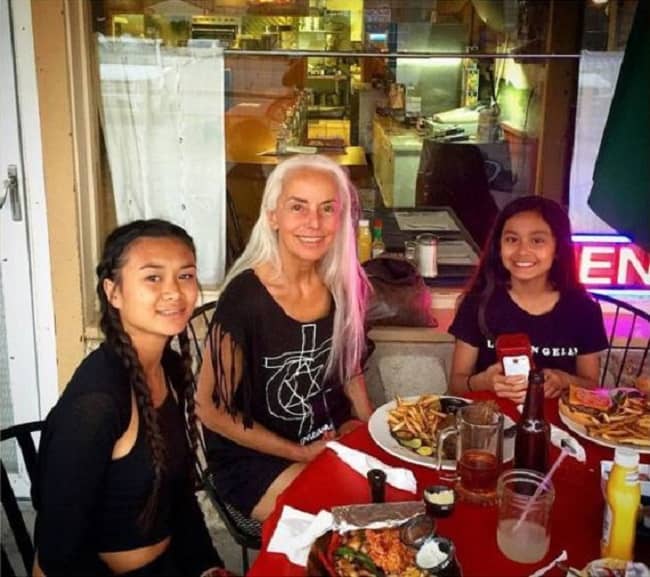 Caption: Yazemeenah Rossi having quality time with her grandchildren. Source: Fashion Over Fifty

Yazemeenah Rossi stands tall at an approximate height of 5 feet 9 inches or 174 cm. Likewise, this model has a bodyweight of 126 lbs or 57 kgs. Further, this model’s chest-waist-hip measurements are 34-27-36 inches respectively.

Likewise, this model’s eye color is dark brown whereas her hair color is white/grey. People might think her hair turned white with aging, however, it is not the case. Her hair actually started turning white when she was only 12 years old. As such, moving to the USA in 1999 presented her with an opportunity to flaunt her unique hair as a model.

Talking about her social media presence, Yazemeenah Rossi is available on Instagram under the username @yazemeenah and so far has over 324k followers. Likewise, she is also available on Facebook where she has earned more than 256K followers. Also, she created her “yazemeenah rossi” Youtube channel on 9 May 2013. So far, this channel has garnered more than 6.8 million views and 134K subscribers. Moving on, this unique model has a net worth of around $800,000 to $1 million US dollars.