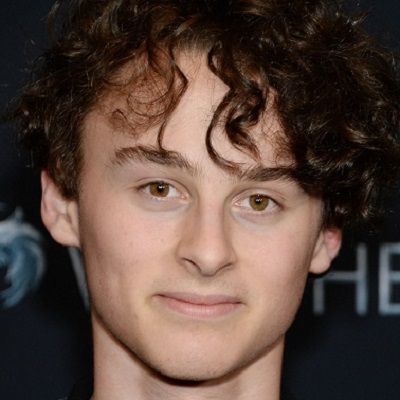 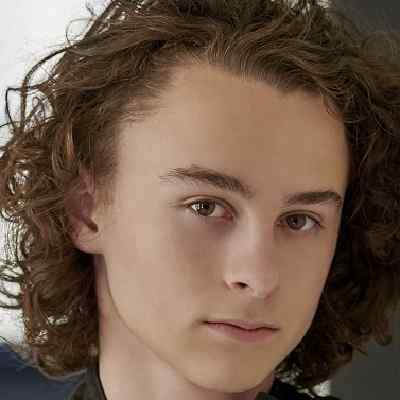 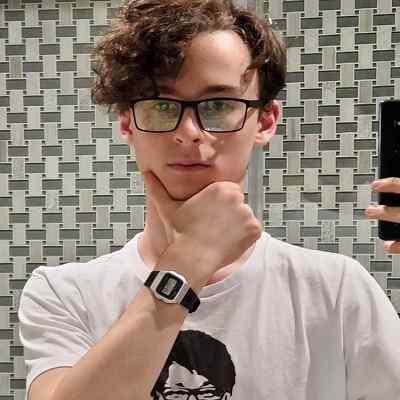 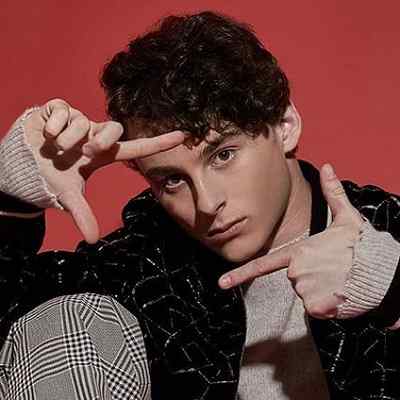 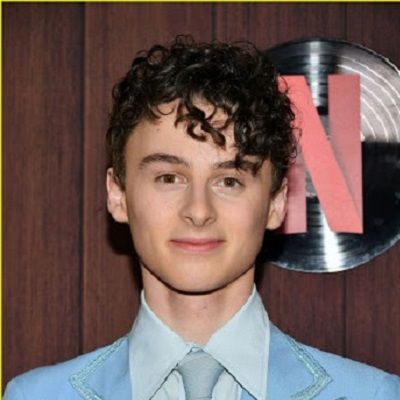 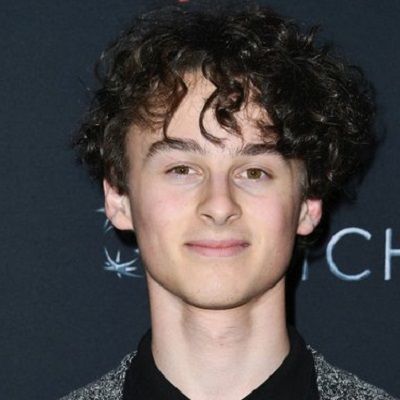 Wyatt Oleff is a young American actor. Wyatt Oleff is best recognized for his roles in “Guardians of the Galaxy”, “I Am Not Okay with This”, “Once Upon a Time”, etc. He is also a social media sensation with his personal accounts on platforms like Youtube, Instagram, Twitch, Twitter, etc.

Wyatt Oleff was born on July 13, 2003, and his age is currently 18 years old. He is originally from Chicago, Illinois, the U.S. and his full name is Wyatt Jess Oleff. Talking about his family, Wyatt’s parents are father Doug and mother Jennifer Oleff. Likewise, Wyatt also has an older brother named Eli. There is information available that he also has two sisters but their identity is unknown and it is unclear if this information is verified or not.

Moreover, Wyatt’s parents own CHALK Preschools. They originally founded it in Bloomington, Illinois in May 2005 following their wonderful experience with their child’s preschool. Wyatt grew up in Chicago until age 7 and later moved to Los Angeles, California with his family to pursue his acting career and also for her parents to expand their business.

Since their move to LA, Wyatt’s parents have opened four new preschool branches in Southern California, while Wyatt has been pursuing acting. He also has a little pet dog named RoRo. Moreover, Wyatt is an avid video game fan and sometimes plays games at the expense of his school homework. 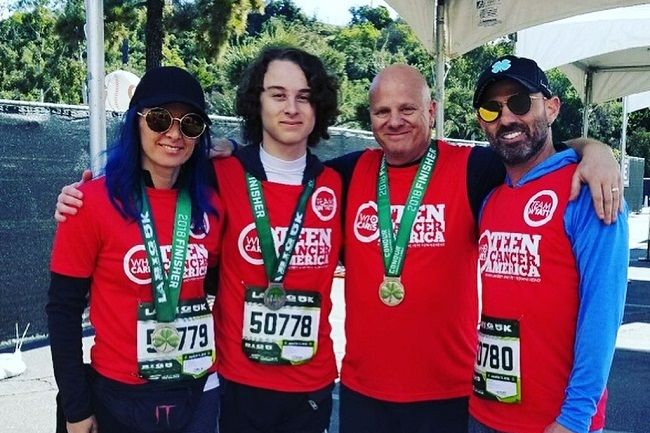 Caption: Wyatt Oleff posing for a photo with his family. Source: Pinterest

Professionally, Wyatt Oleff is a child actor. He gained fame as Young Quill in the 2014 Marvel movie Guardians of the Galaxy. Likewise, Wyatt also landed a starring role as Stanley Uris in the 2017 horror film It and Stanley Barber in Netflix’s I Am Not Okay with This.

Moreover, Wyatt’s professional acting career began in the year 2012 when he landed a minor role in the TV series Animal Practice. He has also made guest appearances on shows like Suburgatory, Shake It Up, Once Upon a Time, and Scorpion. Wyatt and Stranger Things actor Finn Wolfhard were both casts of the horror remake of Stephen King’s It.

Wyatt Oleff was only five years old when he began talking to his parents about his passion for acting. While he is not sure what inspired him to become an actor back then, even as a toddler he was intrigued by the story-telling aspect and playing different roles. After his family relocated to Los Angeles when he was seven, it became easier for him to pursue acting.

Soon after, he bagged his first-ever acting opportunity for a commercial for Coldwell Banker. During this time, Wyatt gained a new perspective on the audition process that still helps him in auditions to date. He subsequently began appearing on television in small roles.

Then in 2013 when Wyatt was age 10, he landed the leading guest star role of Young Rumplestiltskin on the ABC series Once Upon a Time. For this role, Wyatt needed to speak in a Scottish accent. He and his mother actually thought of passing the opportunity due to his own insecurity. However, with the guidance of a dialect coach, Wyatt nailed the accent within a week.

After working on television for a few years, Wyatt then made his film debut with the 2014 romantic comedy Someone Marry Barry. His big break actually came in the same year when he played the young Peter Quill, the younger version of the character played by Chris Pratt in the Guardians of the Galaxy. 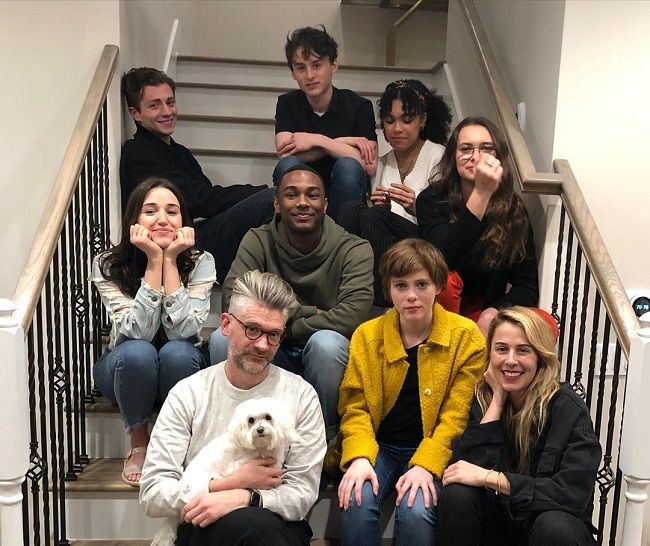 Caption: Wyatt Oleff posing for a photo with the co-stars of “I Am Not Okay With This”. Source: Instagram

Wyatt later reprised the role in the film’s 2017 sequel and also appeared in the role of Stanley Uris in It. He is also a YouTuber who joined the platform back in July 2013 but began posting skits from May 2017. All in all, Wyatt Oleff has appeared in a total of 8 movies and 8 TV series each as of 2020. Wyatt has also appeared in Sia’s 2017 son Santa’s Coming for Us.

Wyatt, the young actor, has won several awards during his acting career. At the 2017 Catalina Film Festival, he bagged the “Crest Award in Acting” for his role in Guardians of the Galaxy; It. Likewise, he also won the “Best On-Screen Team” award alongside his co-stars of It – Finn Wolfhard, Sophia Lillis, Jaeden Martell, Jack Dylan Grazer, Jeremy Ray Taylor, and Chosen Jacobs. This award was at the 2018 MTV Movie & TV Awards.

In October 2017, Wyatt Oleff became involved in a Twitter fight with internet personality, model, and makeup artist James Charles. Back in September, Charles had dismissed his latest movie It as “awful” at just five minutes in, stating that it was very predictable and did not scare him at all.

Charles was soon attacked on Twitter by fans of the movie, as well as Oleff’s co-star Finn Wolfhard, following which he back-pedaled a bit by acknowledging that the movie was well-made, but he was disappointed as he didn’t get as scared as he expected to be.

A month later, after Charles posted a video on how to do the makeup of the movie’s villain, Pennywise the Clown, Oleff called him an opportunist for exploiting the movie for money after dismissing it publicly. Charles fought back stating that he won’t apologize for doing a tutorial his followers asked for.

The two continued to clash for some time as Oleff tried to pass his comment as a ‘joke’. But Charles fired back stating that this is not funny as fans of the movie will shred him again. Charles and Wyatt eventually ended their feud after Shane Dawson made a humorous tweet asking them if they can be friends.

Wyatt Oleff is in a romantic relationship with a girl named Erin a.k.a. @cactiluna. Erin mentioned in an Instagram post that it has been one and a half years dating each other. This post was shared in May 2020. Both Wyatt and Erin share adorable photos featuring each other on their respective social media accounts. 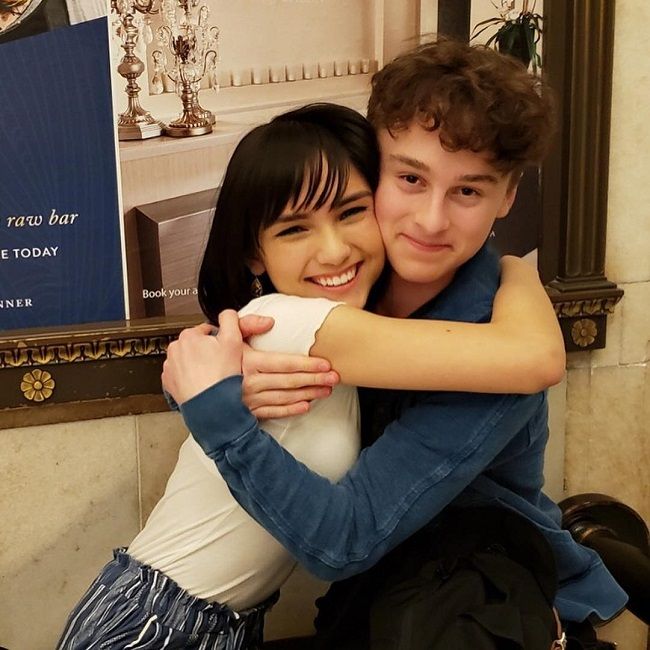 Caption: Wyatt Oleff posing for a photo with his lover Erin. Source: Instagram

Wyatt Oleff stands tall at a height of 1.73 meters or 5 feet 8 inches. Other than this, there is no information regarding his other body measurement details like chest-waist-hip measures, biceps, dress size, shoe size, etc. Likewise, Wyatt has brown eyes and hair of the same color.

Talking about his social media presence, Wyatt Oleff joined Twitter in April 2016 and so far has 355.6K followers in his @fellowyatt verified account. Likewise, he goes by @wyattoleff on Instagram and this account boasts 403 posts shares and 2.6 million followers at the time of writing this biography.

He also created a self-titled Youtube channel on July 23, 2013. This channel at present has 6,347,212 views and 286K subscribers. At present, he makes skits for his channel but is unsure what his content will include in the future. He also has a Twitch account under the username @awyatt with over 27.8k followers.

Moving on, Wyatt Oleff has a net worth estimation of approximately $1 million to $5 million dollars. He might earn through his acting and modeling projects, brand endorsements, partnerships, etc. among other income-generating activities.