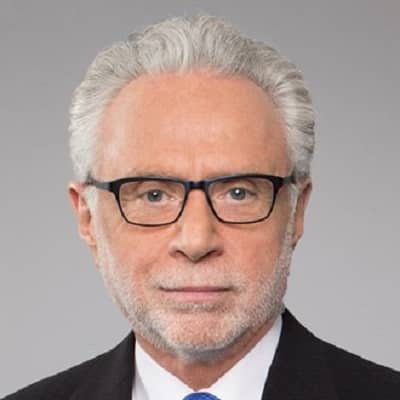 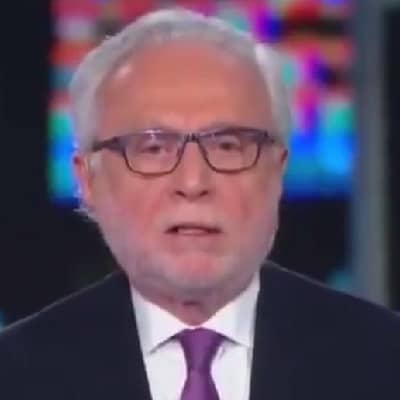 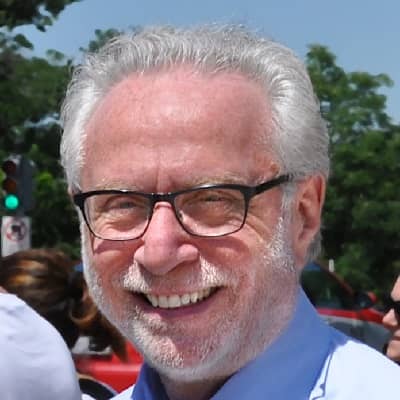 Wolf was born on the 22nd of March, 1948 in Augsburg, Germany. Likewise, he is 74 years old. He was born to parents Cesia Blitzer and David Blitzer during post-World War II Allied occupation. His father worked as a home builder while his mother was a homemaker. His parents were Holocaust survivors from the Auschwitz concentration camp in Nazi-occupied Poland. All of his relatives died in the camp. The 1948 Displaced Persons Act allowed Blitzer and his family to come to the United States.

Blitzer grew up in  Buffalo, New York. He finished high school at Kenmore West Senior High School. In 1970, He graduated with a bachelor’s degree in History from the State University of New York at Buffalo. He completed his master’s in International Relations from the Johns Hopkins University School of Advanced International Studies in 1972. He studied Hebrew at the Hebrew University of Jerusalem during his time at Johns Hopkins. 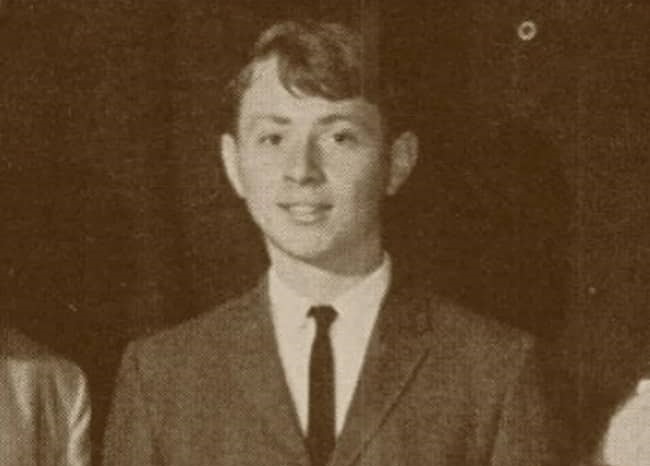 Wolf started his career in Journalism during the early ’70s.  He worked at the Tel Aviv bureau of the Reuters news agency. Wolf caught the attention of Jerusalem Post editor Ari Rath and got hired to work as a Washington correspondent for an English-language Israeli newspaper. He stayed with the company till 1990. During his time there, he covered both American politics and developments in the Middle East.

He also used to publish articles for Hebrew-language newspapers as he was fluent in Hebrew. Wolf had several pen names when he used to work for Hebrew-language newspapers. Wolf also served as the editor of the American Israel Public Affairs Committee’s (AIPAC) monthly publication, the Near East Report, in the mid-1970s. Wolf’s articles at AIPAC centered on Middle East matters as they related to US foreign policy.

Wolf became known after covering the arrest and conviction of Jonathan Pollard, an American Jew accused of spying for Israel in 1986. He was the first writer to pollard. After interviewing pollard, Wolf went to write a book called the Pollard Affair titled Territory of Lies where he explains that pollard reached out to him in the hope that he would help him.

Wolf later went to work with CNN. He was military affairs reporter for the network. Wolf received a CableACE Award and cemented his reputation after his team covered the first Gulf War in Kuwait. Wolf joined CNN as a White House correspondent in 1992, a post he held until 1999. He received Emmy Award for covering the  1995 Oklahoma City bombing during this period.

He also started to host CNN’s Sunday morning interview show Late Edition with Wolf Blitzer in 1998, which was broadcasted in over 180 countries. In 1999, Wolf’s first assignment as an anchor was on CNN’s daily newscast The World Today. He began hosting his own show, Wolf Blitzer Reports, in 2000, which lasted till 2005.

since 2004, Wolf was also selected by CNN to anchor their coverage of all U.S. presidential elections. The Situation Room, a two-hour afternoon/early evening program on CNN was hosted by Wolf since August 8, 2005. Wolf anchored CNN Newsroom at 1 p.m. ET in 2013. The show was renamed Wolf in 2014. Brianna Keilar’s CNN Right Now replaced Wolf after it ended in 2018.

CNN announced programming changes in January 2021, including the reduction of The Situation Room to one hour (6-7 PM/ET) beginning April 26 and the promotion of Jake Tapper to Lead Washington Anchor and the expansion of his programme The Lead with Jake Tapper to 4-6 PM/ET. Wolf serves as the primary anchor for important breaking news and continues to host documentaries. 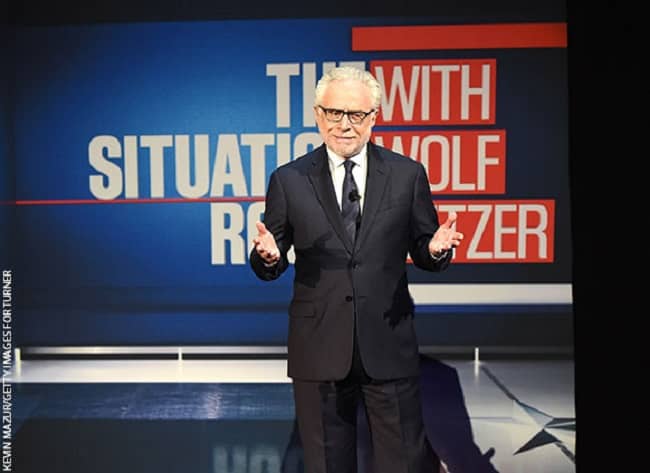 During his career, wolf won several awards. He received awards such as the 2004 Journalist Pillar of Justice Award,  2003 Daniel Pearl Award, George Foster Peabody Award,  Alfred I. DuPont Award, and many more. The University at Buffalo awarded the honorary Doctorate in Humane Letters to Wolf in May 1999. He received the same honor from other universities like Niagara University,  George Washington University, and many more.

Wolf Blitzer married Lynn Greenfield in 1973. There’s no information or timeline on how the couple met and started dating. They currently live in Maryland in Bethesda. The couple shares one daughter Illana. Their daughter was in 1981. Wolf loves football. He supports his hometown Buffalo Bills NFL team. 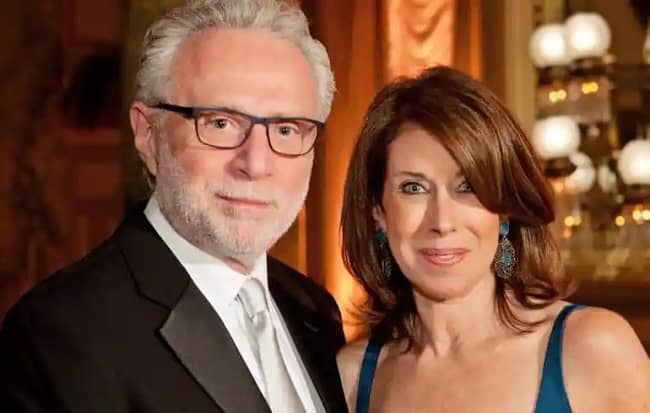 Caption: Wolf and his wife in an event Source:Abtc.ng

Wolf has a height of 5 feet 11 inches and he has a slim body. Wolf has white hair and his eyes are blue in color.

Wolf earned his wealth through his news career. Wolf’s total net worth is $20 million.