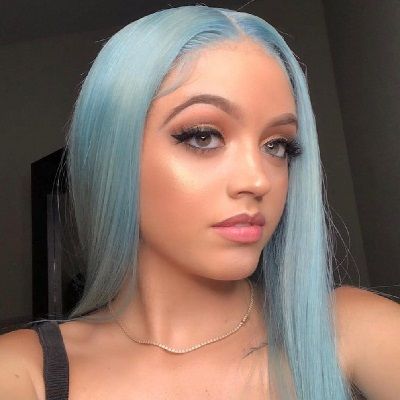 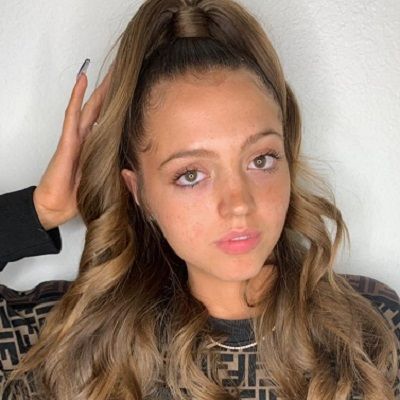 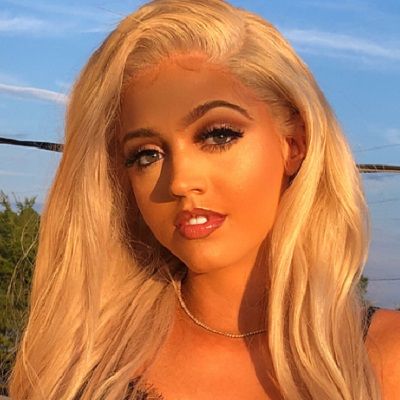 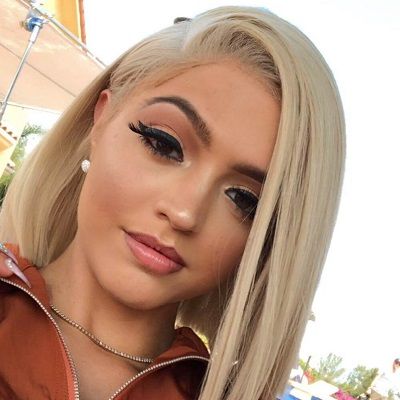 Woah Vicky is an American social media star businessperson, Youtuber, and recording artist who grew to fame on Instagram. Woah Vicky is a rapper, an entrepreneur, and a reality star with other content on the way – podcasts, web series, etc.

Woah Vicky was born on March 7, 2000, in Atlanta, Georgia, USA. As of 2022, she turns 22 years old and her zodiac sign is Pisces. Her birth name is Victoria Rose Waldrip. She is the second daughter of Carla Johnson and Steve Waldrip.

Her father, Steve, is a real estate agent, who deals with building, restoring, and renovating residential properties. She does not like talking about her mother Carla Johnson. According to sources, her parents didn’t marry. Vicky has an older sister, Stephanie who currently lives in New York. Furthermore, she has a pet dog named, Bankhead. 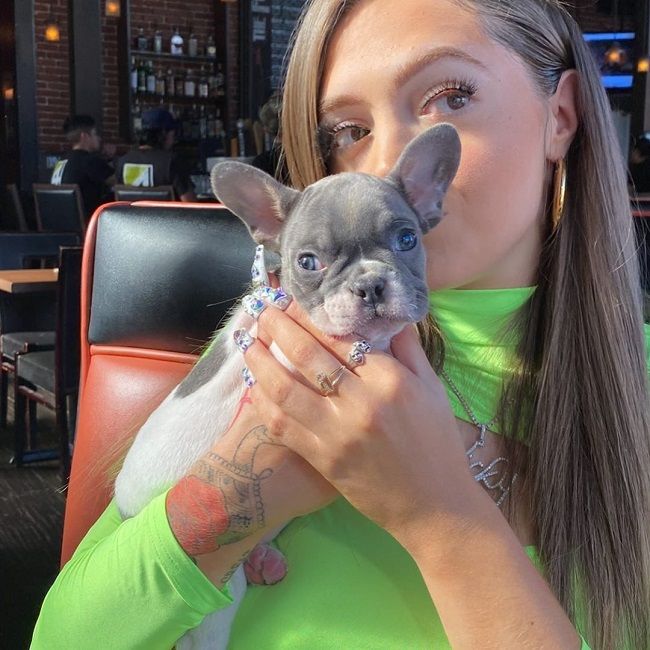 Vicky attended ‘Marietta High School’ in Georgia. Her father is also a supporter of the school’s sports programs and has served as a mentor of ‘The Youth Apprenticeship Program,’ an academic program organized by the school. She was never good at studies. Vicky eventually dropped out of school as she couldn’t secure good grades throughout.

She started homeschooling and later did a job as a hostess at a local food joint. Vicky quit her job after a few days as she didn’t want to be bossed around by others. However, she eventually completed her high school diploma through the online Penn Foster High School program.

Woah started her career on social media sites soon after she graduated from high school. She posted a few photos of her and her friends previously. Soon after she got popular for her presence on Instagram mostly for posting lifestyle and meme-inspired photos. And in December 2017, she deleted her ‘@woahhvicky’ Instagram account. However, she had a second account, ‘@imwoahvicky’, one on which she has posted photos since July 2016.

She created her YouTube channel on September 25, 2013. She has gained a huge number of subscribers on it. Her videos were liked and shared by celebrities like Snoop Dogg and Chief Keef. She frequently posts photos of clothing and accessories made by the luxury fashion brand Gucci.

Soon then, she became an internet celebrity when the popular rapper Snoop Dogg shared her video on one of his social media accounts. Her popularity grew when rappers like Plies and Chief Keef too shared some of her videos. And her Instagram account was deleted when she made some racist comments. She then formed another account, where she currently posts her pictures and videos.

Vicky also owns a YouTube channel where she usually posts videos related to things that are often associated with the black community. She once posted a tutorial on twerking and rapping. She posted a summertime makeup tutorial, which was meant exclusively for black women. Further, in 2019 Vicky released her trap single, “Money Counter”, and it ran up some numbers on WorldStarHipHop.

Vicky has been engaged in promoting brands and products through her massive popularity on social media sites. She also has her merchandise store where she sells a variety of merchandise including shirts, hoodies, Zone 6 ski masks, hip-hop chains, frills, phone cases, and more. 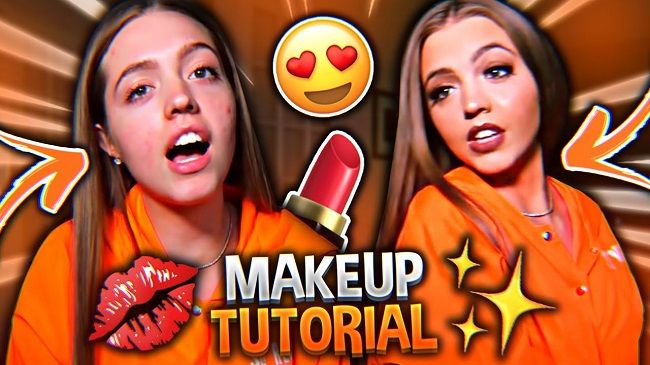 In 2017, Vicky made a weird statement when she spoke about her ethnicity. She claimed that she belonged to Zone 6, a famous neighborhood in Atlanta, which is known for producing famous black rappers like Gucci Mane, Young Scooter, Future, OJ da Juiceman, Rich Homie Quan, and Childish Gambino.

To prove that she referred to the black community, Victoria produced weird evidence. She once turned to a genealogical and historical record website called ‘Ancestry.com’ to prove her ancestral connections with black people. She even indulged herself in things that are usually associated with African-American people. Victoria started twerking, rapping, and even adopting their accent.

She was criticized for her acts and many called her a racist. Vicky even used the ‘N-word’ in a few of her social media updates, for which she was bombarded with many hate comments. She later justified it by saying that she has every right to use the word as she belongs to the black community! Vicky has often referred to herself as ‘Melanin Queen.’ She even faked pregnancy when she was in a relationship with Papi JJ.

In 2017, Vicky released a racist diss track, ‘Ching Chong’ which was later flagged and removed from YouTube. At the time, Vicky also claimed that she was expecting a baby from an ex-boyfriend, Papi JJ. But, he denied the fact that he is the father of the baby.

On February 18, 2018, Vicky was arrested in a North Caroline mall and was charged with trespassing, assault on a law enforcement officer, and resisting, delaying, or obstructing an officer. When she was arrested in Greensboro, it was confirmed on her arrest summons that she is white.

In May of 2018, Vicky once again hit the radar of law enforcement as a video surfaced of her brandishing a weapon and threatening Snoop Dogg and DJ Drama. She subsequently released a video apologizing for her actions, to which Snoop responded by pointing out that she was trying to borrow from his fame.

Vicky has her iOS app called Woah Vicky, it’s a simple tap game created by a company run by Josiah Jenkins, the brother of someone Waldrip used to date. It was reported that she has used her Instagram status to trade prizes4fun.XYZ, is a spam site that promises a free iPhone X but is just a click farm that paid her for the clickthrough business she was able to generate.

As of 2017, Vicky has beefed with Danielle Bregoli on FaceTime. She directed multiple insults at her such as criticizing the number of males she has had sex with and her drug use. Vicky also claims that Bregoli got breast implants.

She said it all started when Instagram personality, Malu got into a feud with her before Danielle. Vicky insists that she and Malu fought because Malu was trying to “get with her baby daddy.” Because Danielle Bregoli and Malu were friends at the time, Vicky claims that the two girls were frightened to beat her up if she were to come to Los Angeles. Subsequently, she claims Bregoli got angry because Vicky was trying to do the same thing with the guy Malu was going out with.

On April 15, 2018, a video of Danielle Bregoli and Waldrip getting into an altercation at The Americana at The Brand in Glendale, California went viral on social media; Lil Tay (Waldrip’s friend) was there as well. She has allegedly talked about how she wants to fight BhadBabie. In the middle of a scuffle, Bregoli eschewed the crowd and punched Waldrip in the back of the head.

Woah Vicky was in a relationship with Papi JJ, a singer. They had a great time together but soon they broke up after the news of Vicky getting pregnant was fake. There is no information if she is currently in a relationship with anyone or not. It seems like she is dating someone but she has not shared it yet.

Woah Vicky is a pretty girl with an amazing personality. She has a height of 5 feet 4 inches and weighs around 54 kg. She has a well-maintained body physique. Her chest-waist-hip measurements are 33-27-35 inches respectively. She wears a shoe size of 5 (US). Further, she has brown eyes and blonde hair. 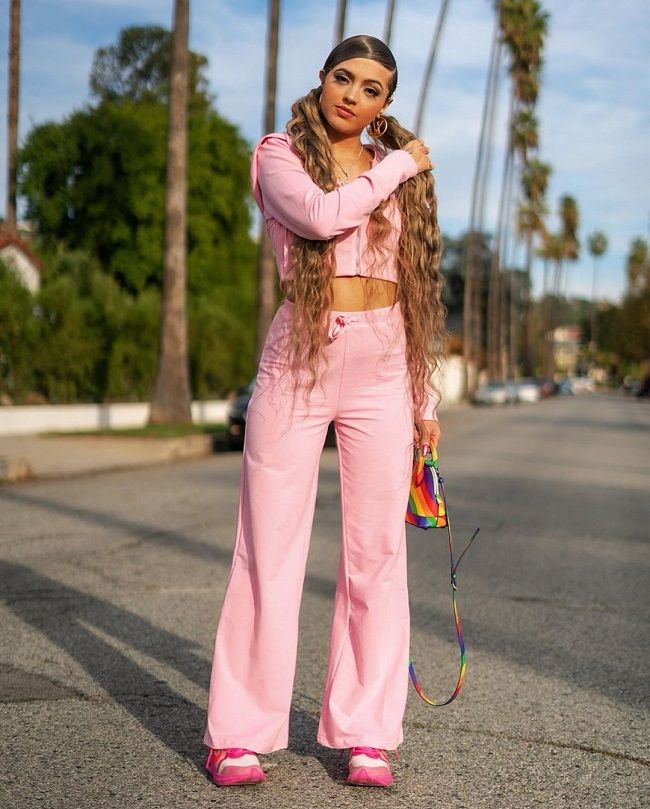 Without any doubt, she might earn a great amount of money through her profession. Her estimated net worth is around $500K. She also earns from paid appearances and sponsored social media posts.