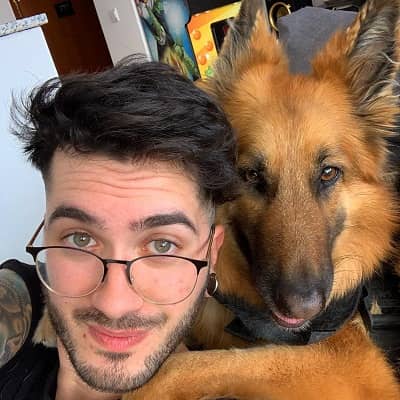 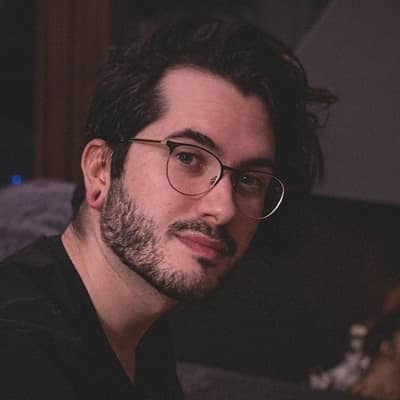 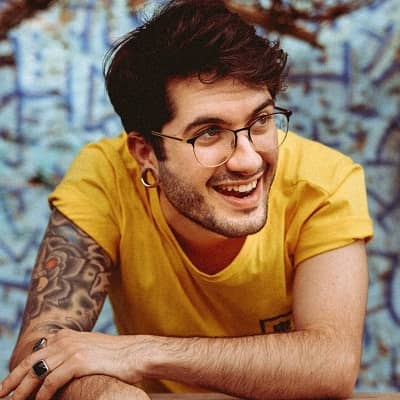 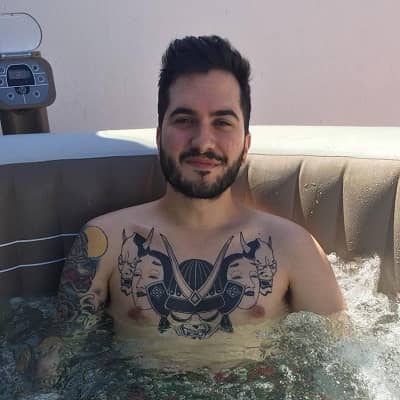 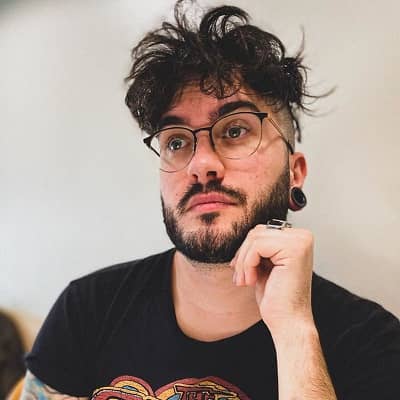 Wismichu is a Spanish Youtuber, comedian, actor, writer, and comic writer. Wismichu is popular for his self-titled Youtube channel and he is also available on other platforms.

Wismichu was born on 5 October 1993, and he celebrates his 27th birthday in 2020. He hails from A Coruña, Galicia, Spain, and his zodiac sign is Libra. Wismichu moved to Madrid to study Audiovisual Communication and lived there as recently as 2016. Talking about his family, he has a brother named Germán Prego, a.k.a. “Orslok” on Youtube. Likewise, his father’s name is Javier Prego. Likewise, his real name is Ismael José Prego Botana. Moreover, he is frank about his choice to be a vegan for ethical reasons. 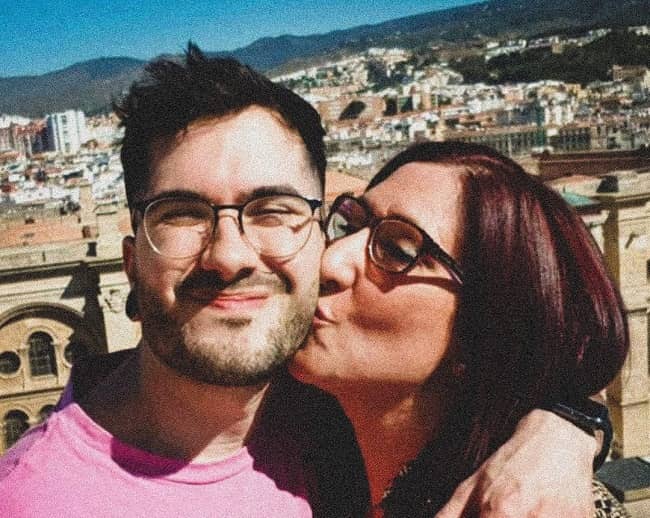 Caption: Wismichu posing for a photo with his mother. Source: Instagram

Professionally, Wismichu is an international YouTube phenomenon. He generates millions of views per video he publishes and earned 7.5 million views in just 8 months for his “Como Hacer reggaeton” video. Likewise, he kicked off his YouTube career in January of 2012 and posted one of his earliest videos, “Scott Pilgrim The Videogame. Wismichu,” in February of the same year.

Moreover, in addition to the 9 million subscribers he accumulated on his YouTube channel, Wismichu’s Instagram has also garnered more than 3.3 million followers. Wismichu and fellow Spanish YouTuber Auronplay have collaborated multiple times.

He began uploading videos to YouTube in 2008. He initially gameplay videos and nowadays, his videos often consist of video blogs, prank videos, and parody videos. His videos are mostly full of the absurdist and dark style of humor. His content is often comparable to “Rick and Morty” or the Deadpool comic series.

Likewise, Wismichu has stated that the origin of his YouTube user name is a version of his name “Isma,” short for Ismael, with his friends often calling him “Wisma”. He initially wanted his YouTube name to be “Wisma,” but at the time YouTube did not allow names of only 5 characters. Hence, he made the name longer into “Wismichu”. Additionally, Wismichu has also performed live shows across Spain, often with fellow YouTuber AuronPlay. 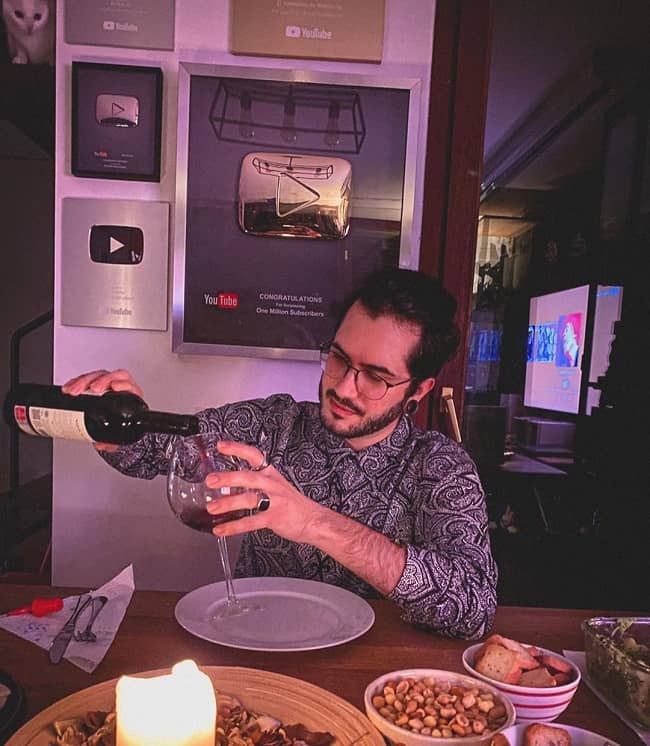 In 2014, Wismichu had a cameo in the comedy crime film Torrente 5: Operación Eurovegas. Then on 12 September 2018, he announced that they had finished the shooting of his first movie, named Bocadillo. This movie stars fellow Youtubers Joaquín Albero (JoaquínPA), David Cajal (Kajal Napalm), and María Rubio (Miare’s Project).

The film was defined as a prank and he laughed at the press and the audience for their negative review. Then on 17 October 2018, Wismichu revealed that he was working on a documentary film in which the director is Carlo Padial. He also added that Bocadillo is a section of the same documentary.

Moreover, Wismichu has also appeared in the Movistar+ TV show La Resistencia, hosted by David Broncano. In November 2018, Wismichu presents a podcast series with Kajal and Joaquín named “W-Podcast” where they interview contestants. 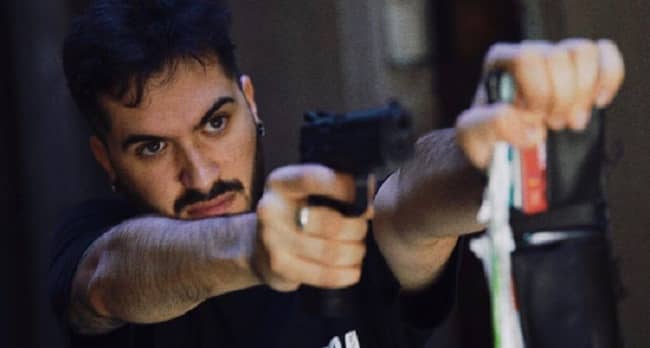 At present, he is not signed as brand ambassador for any brands or products. Nevertheless, he will surely involve in endorsement of major brands in coming future.

Wismichu often gets tangled with controversies for his controversial and offensive humor and content. In May 2016, multiple news outlets claimed that the show was incredibly offensive and inappropriate and alleged that he even “Called little girls in the audience whores, and invited them to the stage to suck him off.”

It was when he was on his “There’s A Wismichu in Me” tour. However, his audience and a video of his own proved this wrong. The fact that Wismichu gave almost 200 shows and no such complaint surfaced during any of those helped prove his innocence in this matter.

Since he started dating Ingrid, YouTuber Daniel Santome Lemus aka Dallas Review allegedly harassed Wismichu and Ingrid. This controversy produced multiple videos by both sides, most known being Wismichu’s own “Así es Dallas Review.” It is a ranting, serious-toned video where he explains everything Daniel has committed behind scenes and on social networks to harass the couple. As of today, both sides still encounter each other on social media.

In 2015, Youtube shut down Wismichu’s channel for several days. It was after people reported and flagged his channel for having “explicit sexual content.” Later, a petition on Change.org amassed over 21,000 online signatures in favor of reinstating the Wismichu channel, and it was ultimately restored.

In September 2016, Wismichu and fellow YouTuber Auronplay made a prank call to a lumber business, asking for firewood to burn down their school. A lumber company in Andalucia appeared on a news program run by Spain’s Canal Sur a few days later.

They stated that they had filed a police report about the incident because it had negatively impacted their business. The lumber company complained of receiving a high number of prank calls after Wismichu uploaded the prank call video. The company spokesperson said that this “ruined” their business. However, Wismichu clarified that it was not the same company that they called in the video.

Then in September 2016, Álvaro Ojeda Sacaluga filed a police report against Wismichu after he jokingly claimed that he was “coming for Alvaro Ojeda” while cocking an airsoft handgun. He jokingly made it seem like he was going to murder Ojeda in his “Pokemania” video.

Later in 2017, people reported Wismichu to the police for breaking a bottle over a 21-year-old’s head. It happened during a political debate after a night of drinking. In a YouTube video soon after, Wismichu admitted that the incident was true and not just a rumor.

Moving on, Wismichu has a net worth estimation of 1.4 million dollars as of October 2020.

Wismichu is currently in a romantic relationship with María Rubio Sánchez. They have been dating each other since 2018 and still going strong. Before Maria, Wismichu dated Ingrid Michel from the year 2013 to 2018. 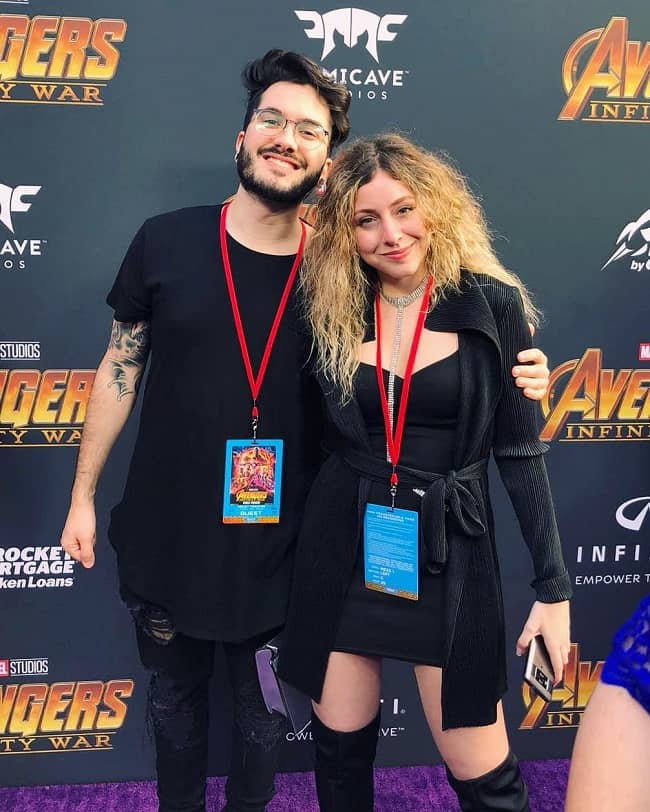 Caption: Wismichu and his lover attending the world premiere of Avengers Infinity in Hollywood in April 2018. Source: Instagram

Wismichu stands tall at a height of 1.70 meters or 5 ft 7 inches. Other than this, there is no information regarding his weight, biceps, dress size, shoe size, etc. Likewise, he has dark brown eyes and hair of the same color.

Talking about his social media presence, he joined Twitter in January 2012 and so far has over 2.8 million followers on his @Wismichu account. Likewise, his @wismichu Instagram account boasts 1,585 post shares and over 3.3 million followers at the time of writing this biography. Likewise, Wismichu has over 979k people following his journey on Facebook since February 27, 2013.

He created his Youtube channel “Wismichu” on January 22, 2012. Since then, this channel has earned over 1.4 billion views and more than 9.36 million subscribers. We can watch his stats in SocialBlade. He is also available on Twitch with 926K followers on his @wismichu account. We can also contact him at [email protected] for more inquiries.