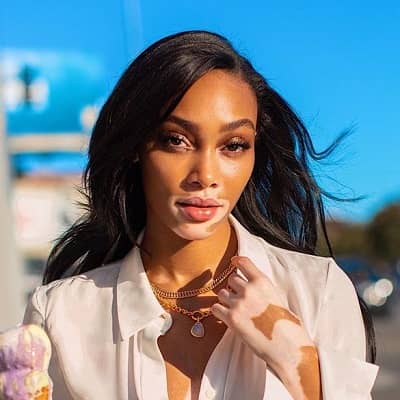 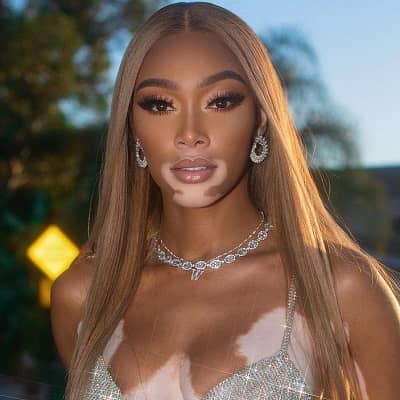 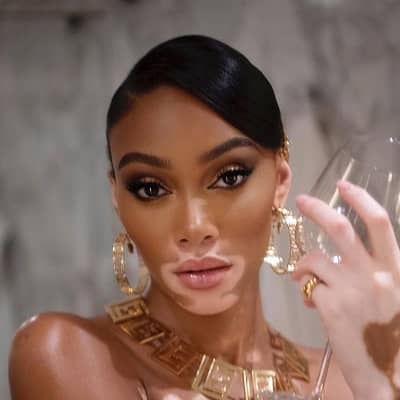 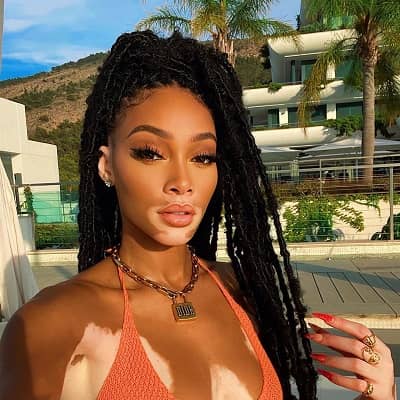 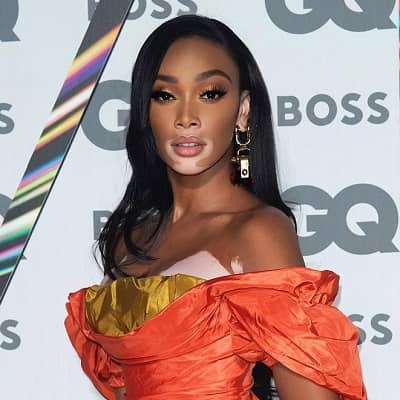 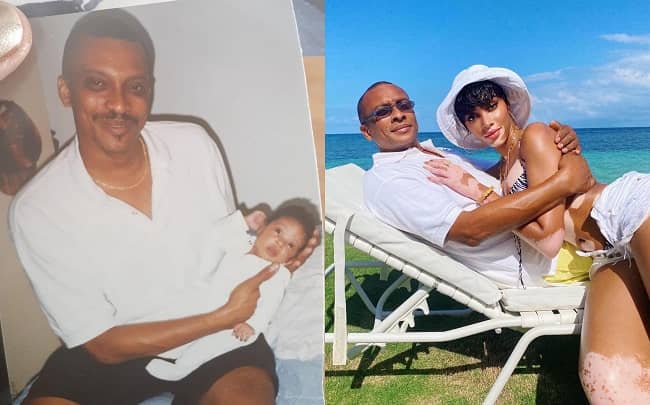 Caption: Winnie Harlow in a past and present photo with her father. Source: Instagram

Winnie Harlow was born on July 27, 1994, and she is currently 28 years old. She hails from Mississauga, Ontario, Canada, and her zodiac sign is Leo. Her full name is Chantelle Whitney Brown-Young. Likewise, her parents are her mother Lisa Brown, and her father Windsor Young. She has two sisters and one of them is Christina Harlow. Moreover, her family has Jamaican ancestry and therefore, her ethnicity is Canadian Jamaican.

At the young age of 4 years old, Harlow was diagnosed with the chronic skin condition vitiligo. Her condition is characterized by depigmentation of portions of the skin. Due to her skin condition, the young lady was often a victim of bullying.

Some words that her bullies used frequently were cow, zebra, and all manner of other disparaging slurs. She often changed schools due to her experience with bullying. Eventually, she dropped out of high school. Subsequently, she also contemplated committing suicide. 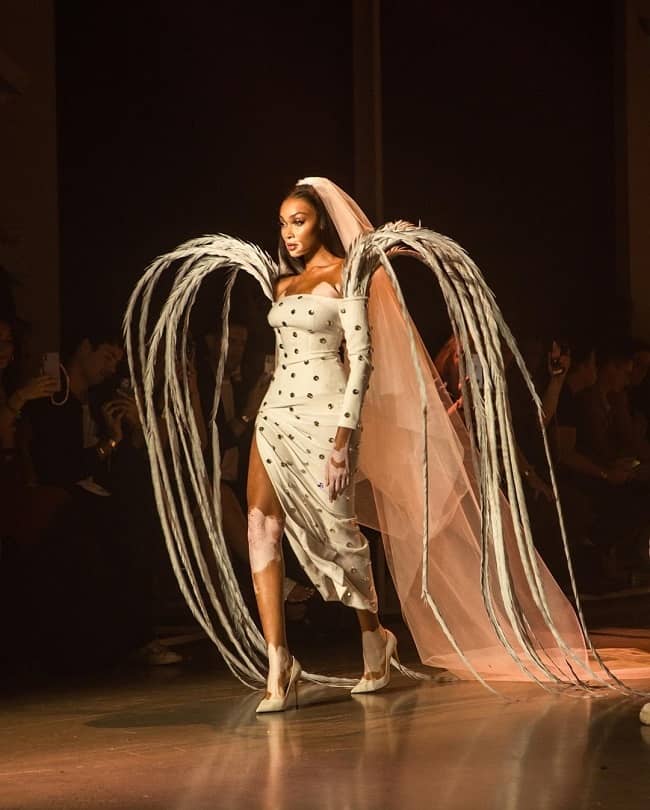 Winnie Harlow is a professional fashion model. She is also famous for public speaking and spreading awareness on vitiligo. The Canadian model gained widespread popularity in the year 2014. It was due to her appearance on the 21st cycle of America’s Next Top Model.

She began her modeling career after Tyra Banks discovered her on Instagram. Tyra Banks is the host of America’s Next Top Model. Following this, she participated and became one of the 14 finalists of the 21st cycle of ANTM. Likewise, Harlow was the only Canadian model who appeared on the aforementioned American series.

In the comeback series, Harlow received the highest average public vote score. Hence, she returned to ANTM but was once again eliminated in episode 13. Overall, the young model placed 6th on the 21st season.

After appearing in ANTM, Harlow did modeling for Desigual, a Spanish clothing brand. She then became the brand’s official brand representative. Then in September 2014, the Canadian model walked and closed for Ashish. It is a clothing brand and the model worked with them for their spring/summer 2015 collection in London Fashion Week.

Likewise, she became a model for fashion magazines like i-D and Dazed. She also became the model for the fashion website Showstudio.com. In the year 2015, she worked with the Italian clothing brand Diesel for its spring/summer 2015 campaign. She worked with the British fashion photographer Nick Knight for this project. 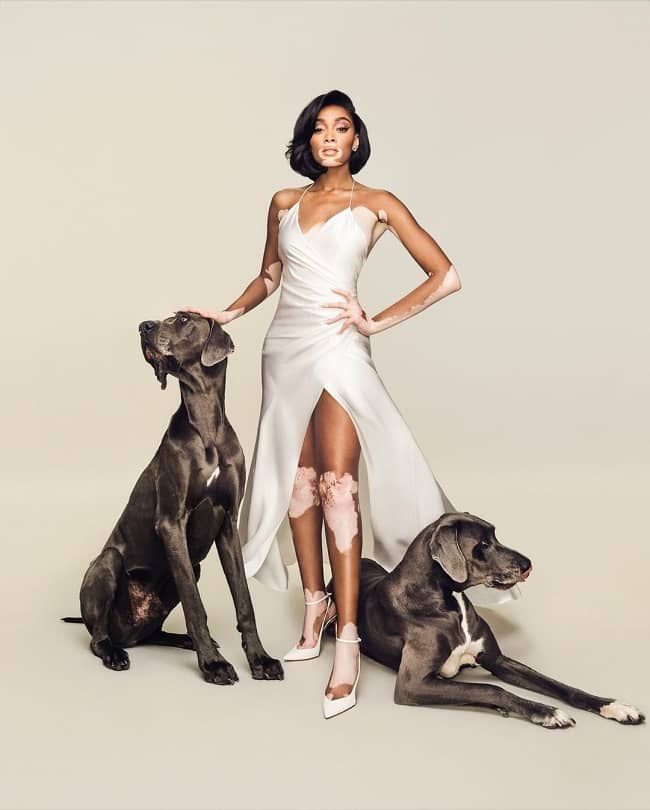 Furthermore, the young model has also worked with Glamour magazine for its Spanish and Italian editions. She was also featured in Complex magazine for its August/September 2015 issue, Cosmopolitan’s August 2015 edition, and Vogue Italia’s website. The same month, the model also appeared in Ebony magazine’s September issue. For this, she worked alongside ANTM contestant Fatima Siad.

The young Canadian model has also featured in advertising campaigns for various other brands and companies like Marc Jacobs, Nike, Fendi, Tommy Hilfiger, Steve Madden, Puma, and MAC among many others. Additionally, she has also appeared in several music videos of various artists.

Some of them are Eminem’s Guts Over Fear, Black Eyed Peas’ Where’s the Love?, JMSN’s The One, and Calvin Harris’ Promises among others. She also had a cameo appearance in Beyoncé’s visual album Lemonade. Likewise, the model also starred in one of Lilly Singh’s videos on Youtube titled Three Girls, One Elevator. Lilly Singh is also popular as IISuperwomanII on social media.

Winnie Harlow is dating Kyle Kuzma since 2020. Her lover is a popular American professional basketball player. Her lover plays for the Washington Wizards of the National Basketball Association (NBA). 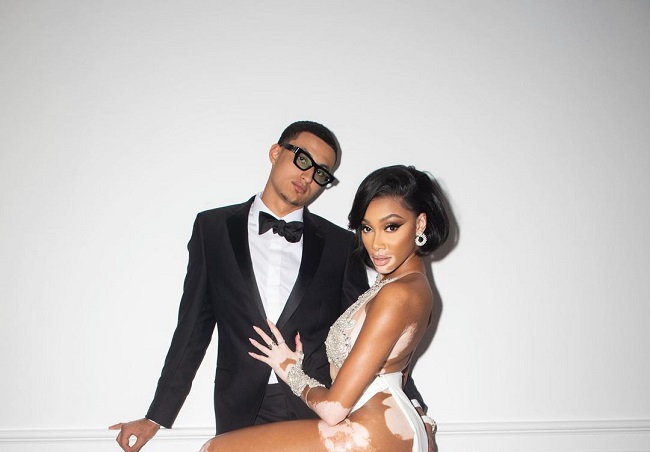 Winnie Harlow stands tall at an approximate height of 5 feet 9 inches or 175 cm and her weight is around 121 lbs or 55 kgs. Likewise, the model’s chest-waist-hip body measurements are 33-24-35 inches respectively. Furthermore, the Canadian model has dark brown eyes and hair of the same color.

Talking about her social media presence, Winnie Harlow is available on Instagram under the username @winnieharlow and so far has over 9.1 million followers. Likewise, she has over 100.9K followers on her @winnieharlow Twitter account which she joined in June 2009.

Moving on, the Canadian model has a net worth of around $3 million US dollars. Her lover is also worth the same amount.