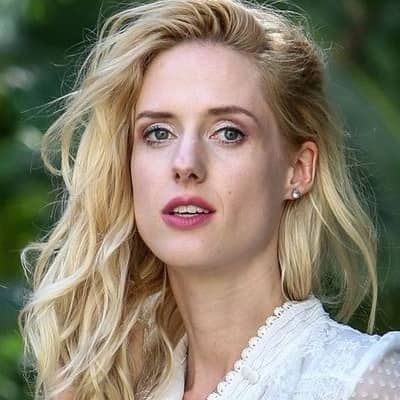 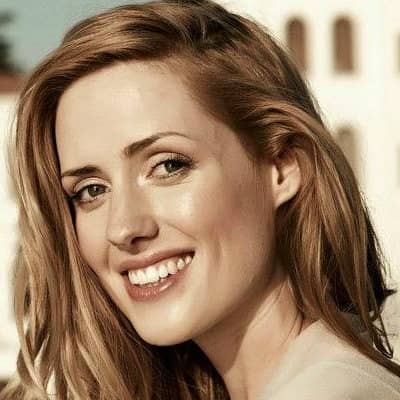 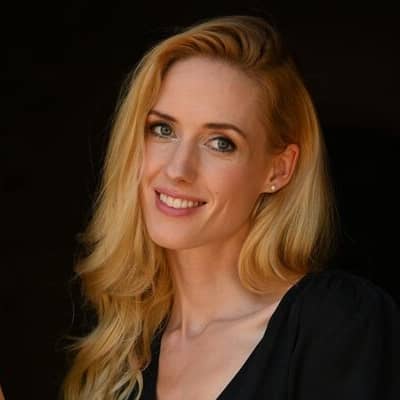 Wilma Elles was born on 18th, October 1986 in Cologne, North Rhine-Westphalia, German. Currently, she is 35 years old and her nationality is Turkish. According to her date of birth, her zodiac sign is Libra and her ethnicity is unknown till now.

In terms of her family background, Wilma Elles is the daughter of Veronika Elles(Mother) and her father is unknown till now. Wilma Elles is a married woman whose husband’s name is Kareem Josh. This beautiful couple has 2 children where son’s name is Milat and their daughter’s name is Melodi.

Regarding her educational background, Wilma Elles is a graduate student. She graduated from the University of Cologne. Besides this, there is no information available about her educational history.

Coming to her relationship status, Wilma Elles is a married woman. She has married Kareem Josh in 2014. The couple has 2 children whose named Milat(Son) and Melodi(Daughter). 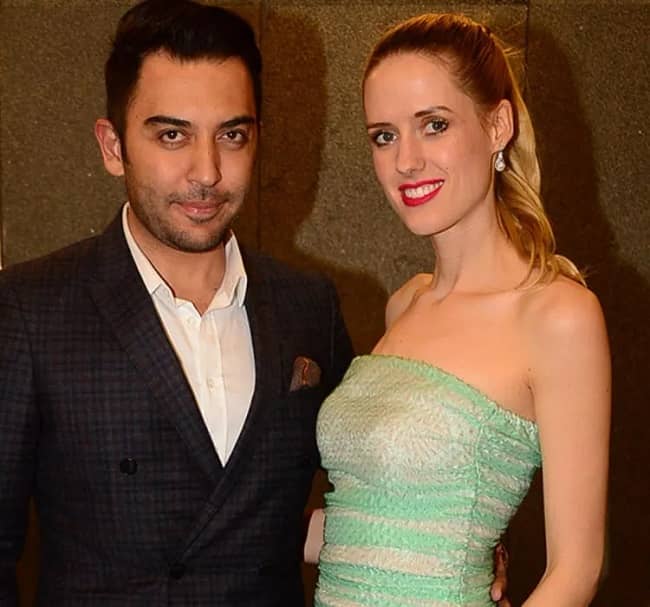 Caption: Wilma Elles was captured with her husband in one of the event show
Source: Milliyet

Wilma Elles began her career as a TV serial actress, appearing in numerous theater productions and Turkish drama series. She has appeared in the drama serial named Oule Bir Gecer Zaman Ki in a leading role.

She made her acting debut in the major German TV production Ship of No Return-The Final Voyage of the Gustloff by Joseph Vilsmaier. 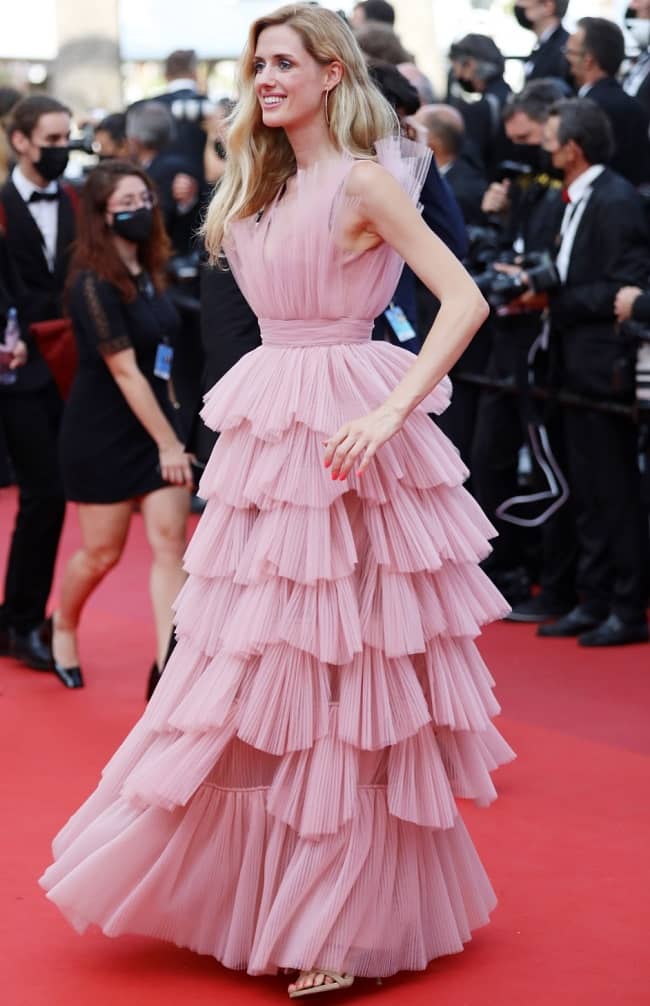 Caption: Wilma Elles was captured while she was posing for a photo at the event
Source: IMDb

Later, she got the lead part of Kika in Gokhan Sayim’s summer release of the film Das Weinen Davor (2010). Likewise, in the same year in 2010, she played Maria in Turk Usulu of Mehmet Gunes and Lilly.

Similarly, The End by Joachim Mais with Christine Kaufmann and Martin Semmelrogge. Although in 2010, she got an offer for the leading character of Caroline in the Turkish TV series named Oyle Bir Gecer Zaman ki on Kanal D which was over after the 3 seasons.

Besides that, her television series has been made public in 70 nations, including the US, Argentina, Bolivia, Saudi Arabia, Egypt, Iran, Cyprus, Algeria, Chile, Serbia, and so on.

Additionally, in 2011 she played an Australian woman in the movie Canakkale Cocuklari from  Sinan Cetin. Later, she played Olivia as a lead character in the 2012 US-American-Dutch-Turkish co-production Tragedy.

However, in 2020 she made an appearance in the film “Eyvah Karim” and played the female lead in “Mendilim Kekik Kokuyor” which were both released in theaters. In the similar year 2020 she was played in the German movie named ‘Gegen den Wind – Die Ruckkehr’ as the role of Katherina.

Wilma Elles was a famous Turkish and German Actress and many brands want her as a brand ambassador in their brand. The famous actress was the front model at the Fashion week in New York and Loa Angeles for the brand named Artistixin in 2014-15.

Similarly, she was the front model for the designer Emre Tamer at the London Fashion week in 2020.

The well-known actress Wilma Elles received numerous awards throughout her career. She has received  European Quality Awards’ Best Actress award in 2011. Also in 2012, she received an award for Best Actress at the Golden Orange Film Festival.

In 2012, she was a nominee for Best Femme Fatale of Turkish, and also she has nominated for the title of Turkish TV’s meanest character in 2012 as well.

Wilma Elles has earned a decent amount of money throughout her career as a German Actress. She has approximately net worth of $100,000 – $1M  as of 2022.

Moving to her physical appearance, she is tall of height 5 feet 10 inches and weighs 55kg.  She has a pair of green eyes and blonde hair color. She has a body measurement of 32-23-35(Bust-waist-hips). 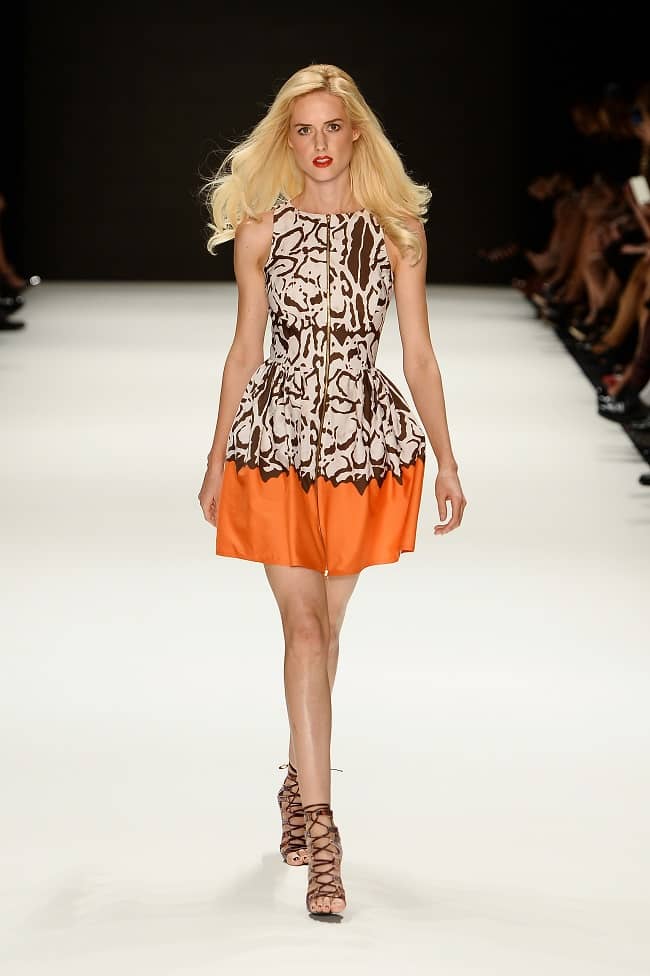 Caption: Wilma Elles was captured on one of the runways where she has been performing
Source: wikiFeet

Similarly, she has a 9.5(US) shoe size. Besides that, there is no information available on her dress size and so on.

Reflecting on her social media activities, she was active on social media where she has 17.8k followers and 957 Tweets on Twitter with the username @WilmaElles.

Likewise, she has 1.1M followers and 266 posts on Instagram with the username @wilmaelles1 which was verified by Instagram. Also, she is active on Facebook with more than 3k followers on it.