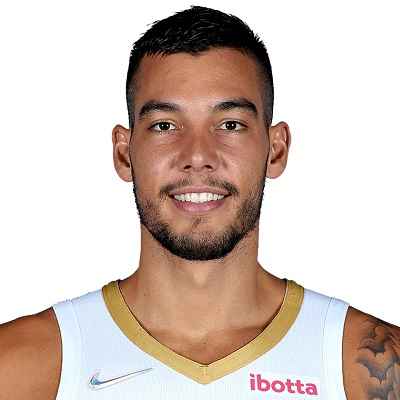 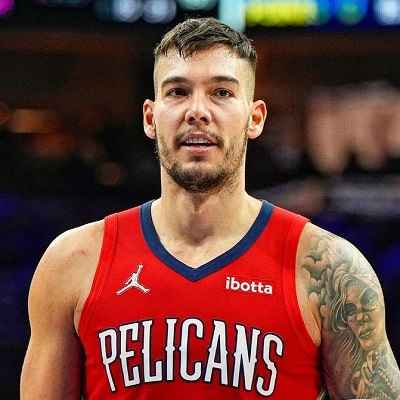 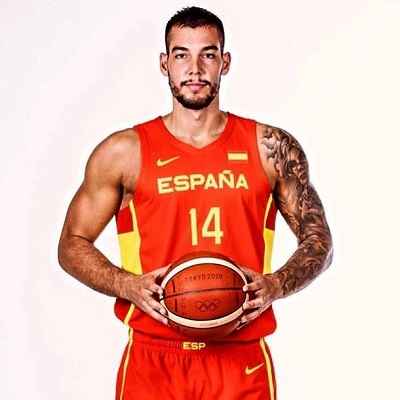 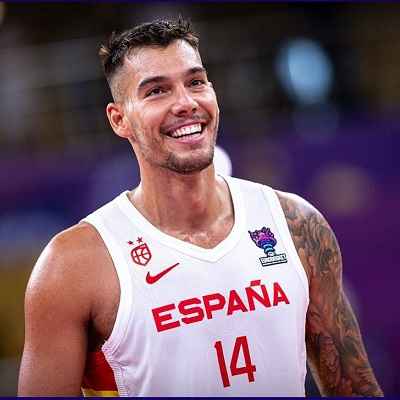 Willy Hernangómez was born on 27 May 1994 and he is currently 28 years old. He hails from Madrid, Spain, and his zodiac sign is Gemini. Likewise, his full name is Guillermo Gustavo “Willy” Hernangómez Geuer. 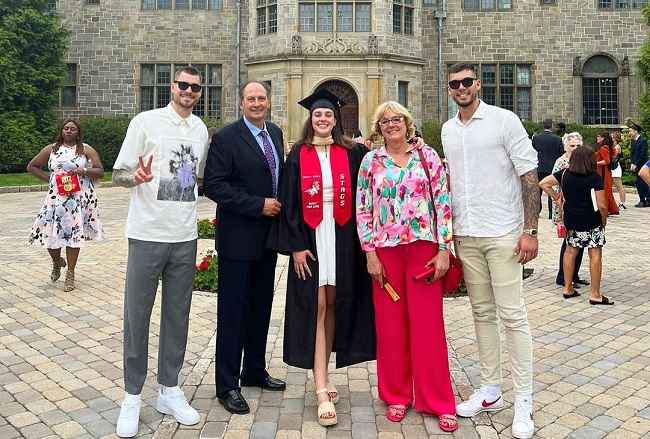 Caption: Willy Hernangómez and his family posing for a photo on his sister’s graduation day. Source: Instagram

Moving on, Willy has a net worth of more than $5 million dollars. This young basketballer acquired his net worth and earnings through his active and successful career as a basketball player who has played for the NBA teams as well as the Spanish national team over the years.

Willy Hernangómez has collaborated with various brands and companies to use, endorse, and advertise their products and services. He has also shared or endorsed works by popular personalities on his Instagram profile. 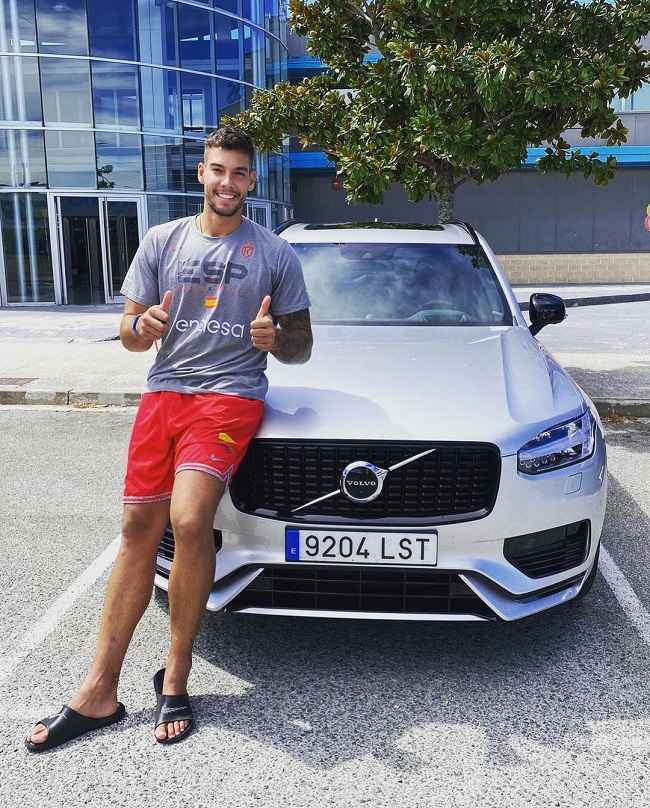 Caption: Willy Hernangómez posing for a photo with one of Volvo Car España’s products XC90. P A S. Source: Instagram

Professionally, Willy Hernangómez is a professional basketball player. As such, Willy plays for the National Basketball Association (NBA) team New Orleans Pelicans. Besides his playing career, he is also known for appearing in Hustle, NBA on YES, and The NBA on TNT.

As a basketball player, this personality was considered one of the best prospects of Real Madrid and he played his 1st two seasons on its reserve team. In the summer of 2013, Real Madrid loaned this player to Cajasol Sevilla with whom he extended his agreement for one more season in the next summer. 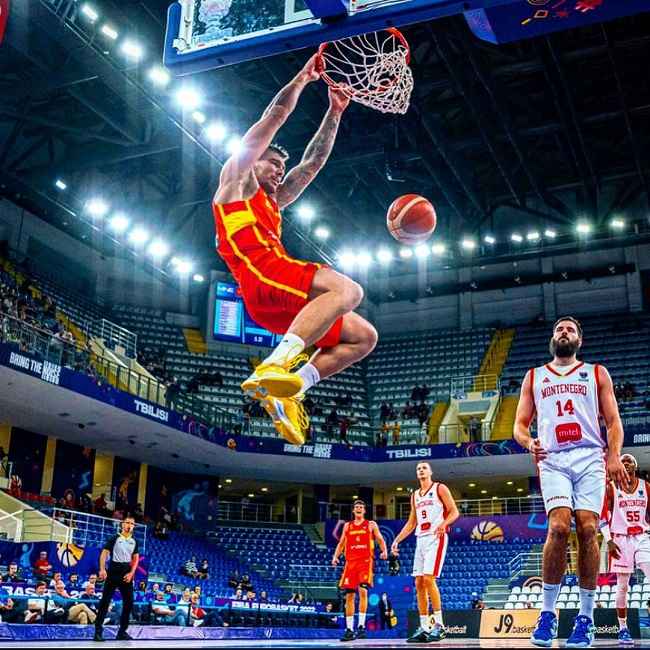 Similarly, this basketballer was declared for the 2015 NBA draft. Subsequently, the Philadelphia 76ers selected him with the 35th overall pick. Later on, Willy’s rights were traded to the New York Knicks on draft night.

On 8 July 2016, this basketballer signed with the New York Knicks. Then on 25 October 2016, this player made his debut for the Knicks in their season opener. Likewise, this player was assigned to the Westchester Knicks – New York’s D-League affiliate on 7 November 2016.

Furthermore, this player was traded to the Charlotte Hornets in exchange for Johnny O’Bryant III and two future second-round draft picks on 7 February 2018. Then on 30 November 2020, this basketballer signed with the New Orleans Pelicans with whom he still plays as of September 2022.

Talking about his journey with the national team, he was a member of the junior national teams of Spain. As such, he played at the 2012 Albert Schweitzer Tournament. There, Willy was named to the All-Tournament Team.

Moreover, this personality also has been a member of the senior Spain national basketball team. With Spain’s senior national team, Willy played at the EuroBasket 2015. There, Willy won a gold medal. Similarly, this basketballer won a bronze medal at the 2016 Summer Olympics. Further, this player also played at the EuroBasket 2017 and won a bronze medal once again. 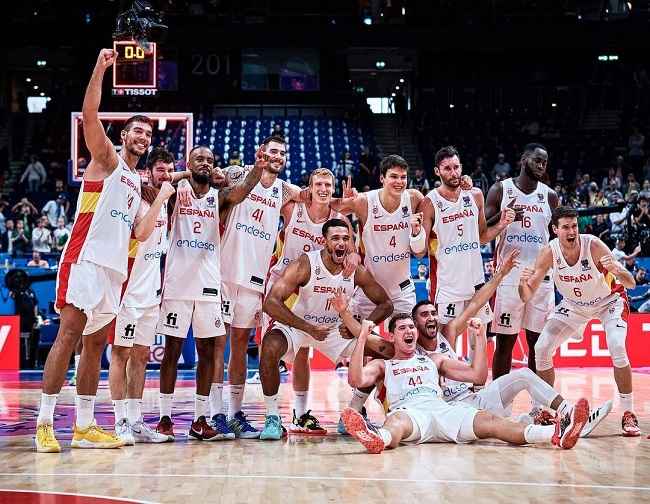 Willy Hernangómez is most probably single and not involved in any romantic relationships. This basketballer has not shared any information or social media posts hinting at his love affairs, possible relationships, and controversies related to his love life.

Willy Hernangómez stands tall at an approximate height of 6 feet 11 inches or 2.11 meters and his weight is around 250 lbs or 113 kgs. Likewise, Willy has dark brown eyes and hair of the same color.

Talking about his social media presence, Willy Hernangómez joined Twitter in June 2011 and so far has over 81.8K followers on his @willyhg94 account. Likewise, he is available on Instagram under the username @willyhernangomez. As of September 2022, this profile has garnered over 359K followers.

Similarly, he has more than 41K followers on his “Willy Hernangómez Geuer” Facebook profile while writing this biography. On Tiktok, his username is @willyhernangomez. As of September 2022, this profile has garnered over 119.6K followers and 1.4 million likes.