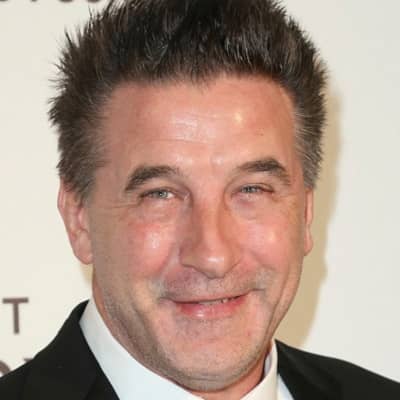 William Baldwin is an actor, former model, and producer. William Baldwin has contributed a lot to the entertainment industry with his voiceover work for a few characters like ‘Sarco’  of Back to the Jurassic, ‘And Shane’ of ‘Aftermath’ to name a few. His TV series such as ‘Dirty Sexy Money’ ‘Dream Corp LLC’ and ‘Insatiable’ became popular in no time. He has worked on big-screen projects like, ‘A Pyromaniac’s Love Story, ‘Say Nothing’, and ‘You Stupid Man. He is still in limelight and is about to come up with some amazing roles in the movies like ‘S.O.S. Survive or Sacrifice’, ‘The Trouble’,’ South of Hope Street’, and ‘Fourth Grade’.

William Baldwin’s full name is William Joseph Baldwin. His nicknames are ‘Bill’ and ‘Billy’.He was born on February 21, 1963, and has turned 58 years of age as of now. Actor Baldwin was born to Carol Newcomb and Alexander Rae Baldwin in Massapequa, New York. Originally, he is from the United States of America. Baldwin’s father His father was a high school history/social studies teacher and football coach while her mother’s occupation has not been revealed yet.

Baldwin is an American by nationality while he belongs to the White ethnicity. However, he is one of the actors whose birth sign is Pisces. Talking more about his family, he belongs to a Catholic family with Irish and French ancestry. Altogether, he has five siblings. He is the third eldest son while his brothers are actors, Alec, Daniel, and Stephen Baldwin mostly known as the ‘Baldwin Brothers. His other two sisters are Elizabeth  Kuchler and Jane Sasso.

Reflecting on his educational background, he is a graduate of Alfred G. Berner High School and Binghamton University. he holds a degree in political science. During his college days, he was a wrestler and also played football for the college team. 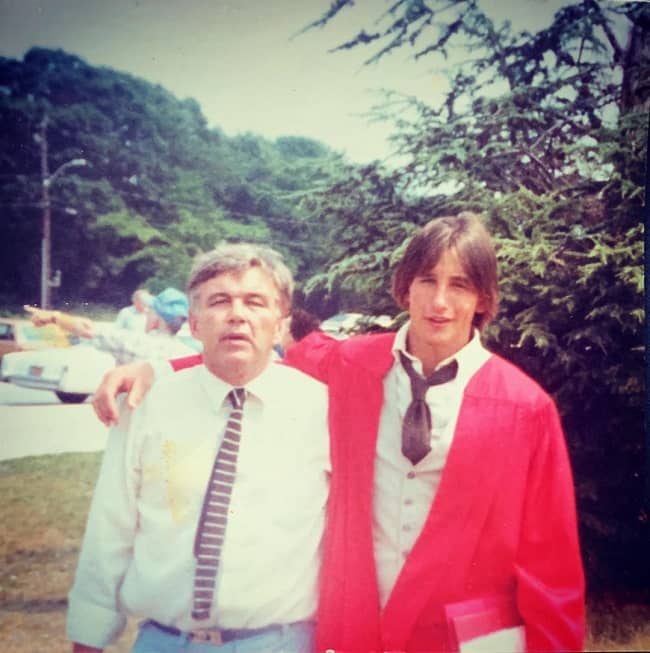 Initially, he worked as a fashion model for Calvin Klein. During his modeling days, he was noticed by many celebrities, and thus commenced his journey in the entertainment industry. In 1989, he made his debut on TV with the movie named ‘The Preppie Murder.He portrayed the character, ‘Robert Chambers’. In the same year, he was seen as ‘U.S. Marine – Vietnam’ in the TV movie, ‘Born on the Fourth of July’.

In the comedy movie, ‘A Pyromaniac’s Love Story’ he starred as Garet. The same role was portrayed by him in the action crime drama ‘Fair Game, which was popular with the audience, unfortunately, it got negative reviews from the critics. 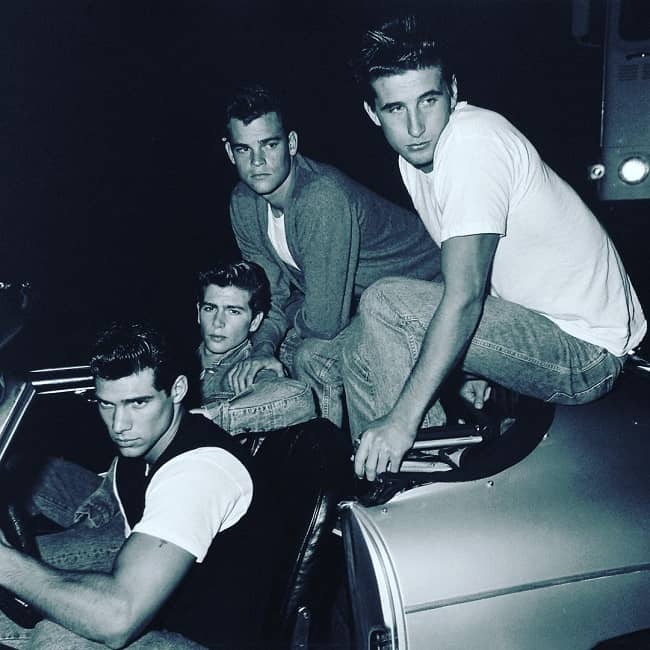 In 1998, he played the uncredited role of ‘Constance Bulworth’s Lover (uncredited)’ in Bulworth. Similarly, he was seen as Paul Guell in ‘Curdled’, Brian in ‘Shattered Image’, Steve Baker in ‘Virus’, and Tom Martinez in the TV movie ‘Brotherhood of Murder.’ Furthermore, in the year 2001, he played the role of Billy Brennan. The same year, he was doing two other films named, ‘One-Eyed King’ and ‘Say Nothing.

In the year,2006, he got the role of “Paul Brennan’ in the TV series, ‘Waterfront’. He shared screen space with Bruce MacVittie and Joe Pantoliano.

Furthermore, in the same year, he had done other films like ‘Lenexa, 1 Mile’ and ‘Park’. The following year has been quite busy for Baldwin. He did the role of ‘Johny 13’ in the TV series, ‘Danny Phantom which aired from 2004-2007. At the same time, Baldwin appeared in movies like ‘A Plumm Summer, ‘American Fork’, “Noise’ to name a few.

His second breakthrough was in 2007 when he was cast as ‘Senator Patrick Darling’ in the drama TV series ‘Dirty Sexy Money.Thereafter, he mostly appeared in television series.

In the year, 2013, the role of Dan in the TV movie ‘Be My Valentine’ was loved by his viewers. He was seen in the two videos the same year. He was cast as ‘Bert Mayfaire’ in ‘Sexy Evil Genius’ and as ‘Robert’ in ‘Stranger Within’. Similarly, he was guest-starred as William ‘Wild Bill’ in the TV series, Copper.

In the year 2014, he guest-starred as ‘Oliver Clausten’ in the series, ‘Forever’.In ‘‘Hot in Cleveland’, he was offered the recurring role of Dane in 2015. Later, he did minor roles in ‘Christmas Tree’ and ‘Lead with Your Heart.’ The following year, ‘Jackson Everett’ was one of the most popular roles in ‘Hit the floor. Similarly, Baldwin appeared in a video,’ The Lost Day’ as ‘Mr.Rose’.

He came back to the big screen again in the year 2017. He played the role of ‘Haskell’ in ‘The Broken Key’, ‘Mystery Man’ in ‘Maximum Impact’, and ‘Mr. Walters’ in ‘Minutes to Midnight’ to name a few. In the same way, he played the role of ‘Elwood’ in the series ‘MacGyvr’ that aired till 2019.

The year 2018 became a busy and productive year for him. Baldwin appeared in movies such as ‘Abigail Falls’, ‘Minutes to Midnight, ‘1st Born’, and ‘Cut Off’ to name a few. In the TV series, ‘Dream Corp LLC’ and ‘Insatiable’. She was guest-starred. In the former, he played the role of  ‘Dad’ while in the latter, he did the role of “Gordy Greer’. Similarly, Baldwin impressed his audience as a  David Ryker in the Amazon action horror ‘The Purge’. The TV series was created by James DeMonaco, the series starred other actors like Gabriel Chavarria, Hannah Emily Anderson, and Jessica Garza.

His leading role as John West in the series ‘Northern Rescue’ was commendable. Furthermore, Baldwin also appeared as “Theo” in the mini-series ‘Too Old to Die,’ Young’. His short movie, Elvis was also equally loved like his movie, ‘You Are Here. 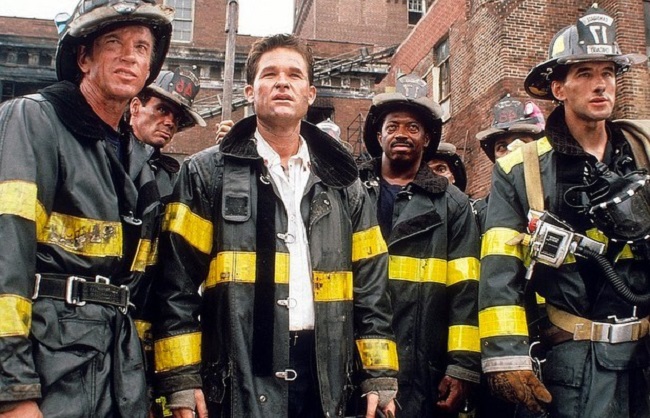 Caption: William with the cast of Northern Rescue(Source: Instagram)

In 2020, he did the role of ‘Mario’ in ‘2 Graves in the Desert’. His upcoming projects include the movies Church People’, ‘S.O.S. Survive or Sacrifice’, and ‘The Trouble’.Shortly, we will see him on the big screen as ‘Daniel’ in the movie,’ South of Hope Street. Similarly, his movie ‘Fourth Grade’ is also scheduled to release soon.

He has lent his voice to the character, Johny 13’ in the TV series, ‘Danny Phantom’. Similarly, the sound of ‘Sarco’  of Back to the Jurassic belonged to him. In 2014, Baldwin lent voice to ‘Shane’ of ‘Aftermath’.

Besides the actor, another work that fitted him is the producer. He co-produced ‘LymeLife’ in the year 2008. After seven years, he was the executive producer of ‘Lead with Your Heart’,’ Cut Off’, ‘While You were Dating’. Similarly, he has also produced 10 episodes of, ‘Northern Rescue’ lately.

William Baldwin has bagged various awards until now. He has brought the ‘Governor’s Award’ his home at the ‘Cape May NJ State Film Festival’.In 2005, he won ‘Best Ensemble Performance’ in ‘Gotham Awards’ for ‘The Squid and the Whale.  Under the category of ‘Best Actor, Baldwin has bagged awards in various award functions such as the ‘AltFF Alternative Film Festival’,’ Prisma AEC’, and ‘top Short Films’ to mention a few.

Talking about his earnings, Baldwin did modeling in his initial days, but his main source of income is acting as of now. As per the online sources, his net worth is mentioned as $1 million. Furthermore, he earns $10K per month for playing roles in episodes and movies.

William’s sexual orientation is straight. He married pop singer, Chynna Phillips on the 9th of September 1995. Moreover, the duo is blessed with three children. They have two daughters named Jameson Baldwin, and Brooke Baldwin, and a son, Vance Baldwin.

He was romantically involved with Jennifer Grey. After three years of dating, things did not work out between the duo and they got separated. As of now, he is living a blissful life with his family. 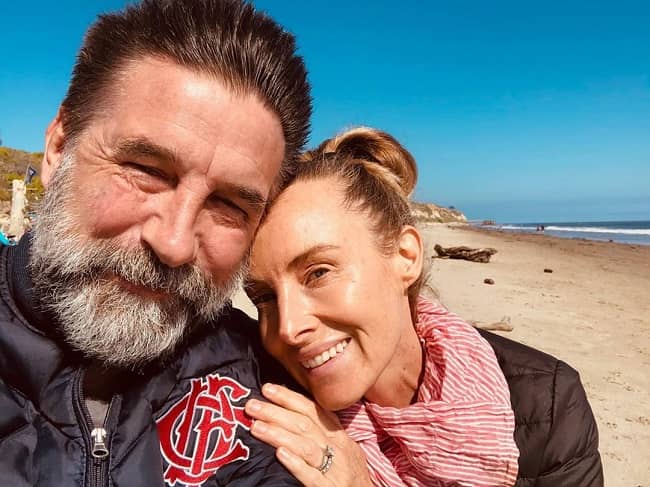 Successful star, William stands tall with a height of 6 feet and 2 inches. Likewise, he weighs 78 kg as of now. His dress size is recorded as 6 US while his shoe size is 10 US. However, his body measurements are not recorded. His both hair color and eye color are Dark Brown.