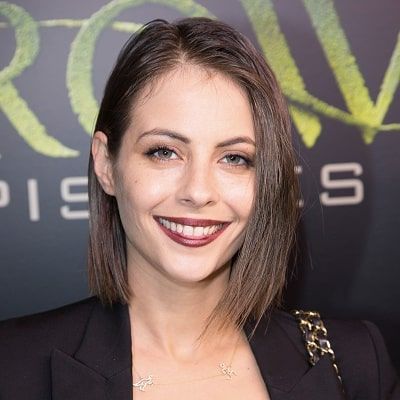 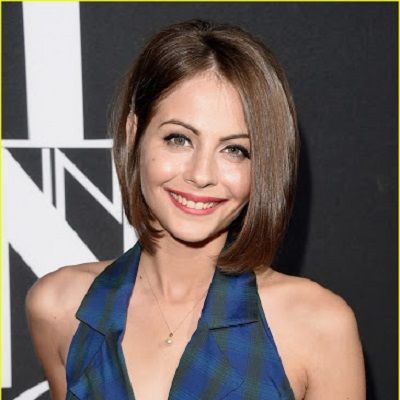 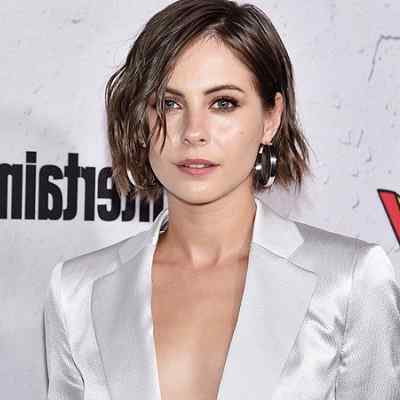 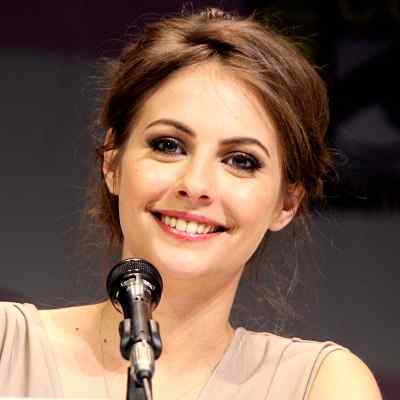 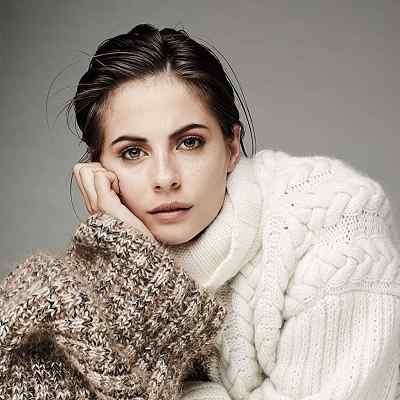 Willa Holland is an American actress and model. Willa Holland has beeinon the entertainment business from a very young age of seven. She started as a model working for various high-end brands like Burberry, Ralph Lauren, and Guess among others. She has also appeared in several well-known series and movies like “Gossip Girl”, “Tiger Eyes”, “The O.C.”, “Garden Party”, etc.

Willa Holland was born on 18 June 1991 and she is currently 31 years old. She is originally from Los Angeles, California, U.S. Also, her birth name is Willa Joanna Chance Holland. Talking about her family, her parents are mother Darnell Gregorio-De Palma, and father Keith Holland. Her mother is an actress and her father is a cinematographer.

Further, her mother was remarried to director Brian De Palma from 1995–97. Moreover, the father is English and he is from Reading whereas her maternal grandfather was of Italian descent. Likewise, she supported Bernie Sanders in the 2016 U.S. Presidential election. She also has a pet dog named Bill and she frequently shares photos of Bill on her Instagram profile,

Likewise, she also has two sisters namely Brianna Holland and Piper De Palma. Brianna was born in the year 1988 and Piper in the year 1996. Regarding her educational journey, she attended Palisades Charter High School for only six weeks. It was because her career was taking off and school peers were dismissive of her acting pursuits. Before this, she also attended Kenter Canyon Elementary School and Paul Revere Middle School. 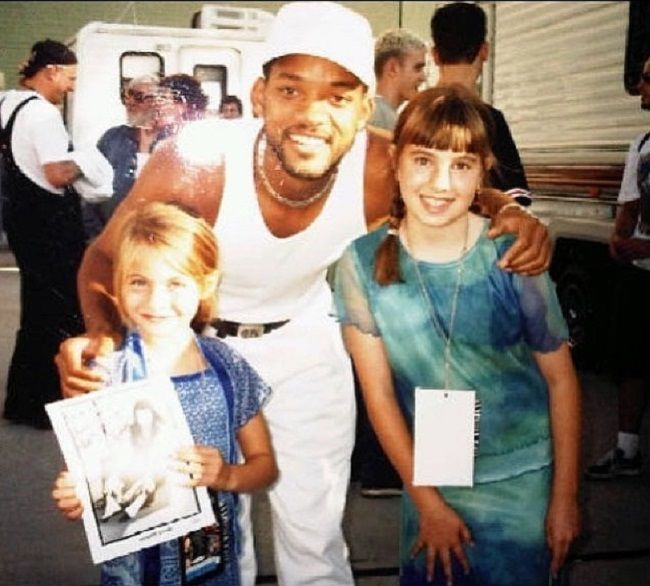 Caption: Willa Holland and her sister in a childhood photo with Will Smith. Source: Instagram

Professionally, Willa Holland is an actress and a model. She started her career at the young age of seven. She was playing at her stepfather’s neighbor’s house in The Hamptons, New York. The neighbor namely Steven Spielberg was filming home videos and told her parents that they got to put the young girl in front of a camera.

Upon returning to Los Angeles in September of the same year, she signed with Ford Modeling Agency at the young age of seven. She immediately booked a shoot for Burberry. Likewise, she has modeled for some high-level brands like Guess, Gap, Abercrombie & Fitch, and Ralph Lauren among others.

Then the following year, i.e. 1999, her mother took her to a theatrical talent agency. Since then, she has been featured in many national commercials. During 2001, she also worked alongside her cinematographer father in Ordinary Madness. She was only 10 years old back then.

She was also slated to star in the 2005 Fox series called The Inside with fellow model Rachel Nichols. However, she left the show when writer Tim Minear was brought in to overhaul it. Moreover, she played the role of Kaitlin Cooper on The O.C. She replaced Shailene Woodley initially as a recurring character in season 3. However, she became a regular character in the 4th season.

Likewise, she is the ex-stepdaughter of film director Brian De Palma and he was the one who took her to a talent agency when she was just seven years old. From the ages of 7 to 11 years old she was the top child model in the USA. She is with Ford Models Los Angeles.

In December 2007, Holland was cast in the independent drama film Garden Party. For this, she played the role of April. April is a troubled teenage aspiring model who tries to make it in Los Angeles. Then in September 2008, The CW announced that she would star in three episodes of the second season of Gossip Girl. This is a teen-drama television series that Josh Schwartz created. He is also the creator of The O.C.

Holland portrays the role of a rebellious 16-year-old model who befriends and creates havoc for Taylor Momsen’s character in Gossip Girl. Then in March 2010, she also made a one-off return in the 16th episode of the third season of The Empire Strikes Jack. This episode aired on 29 March 2010.

Then in May 2010, Square Enix announced that she would be voicing Aqua in the PlayStation Portable title, Kingdom Hearts Birth by Sleep. This was released on 7 September 2010 in North America. The same year, she also starred in her first major studio film the apocalyptic thriller film called Legion. For this, she played the role of a bratty teenager. 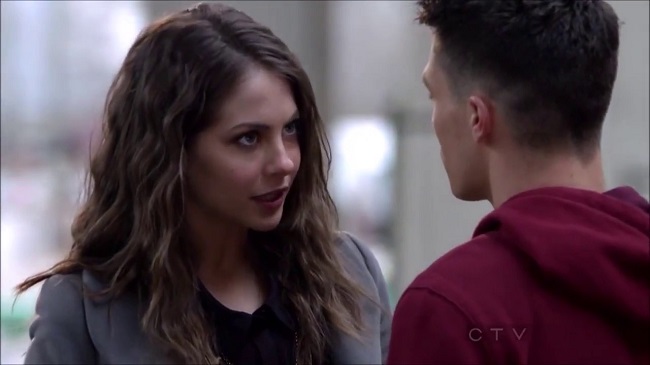 Likewise, she also played the teen-temptress Janice Heddon in the film Straw Dogs. It is the remake of the 1971 film of the same name. This film opened in September 2011. Then in February 2012, she featured in The CW action-adventure series Arrow. It is based on the Green Arrow comic books and for this series, she played Thea Queen / Speedy, the sister of Oliver Queen / Green Arrow. She remained a regular cast member in the series until 2018, during the sixth season.

Moreover, in the film Tiger Eyes released in April 2012, she starred as Davey Wexler. The film is based on the 1981 novel of the same name and Judy Blume wrote this novel. She also starred as Marissa Cooper’s sister Kaitlin Cooper on The O.C.

Likewise, she spent time on the set of Mission: Impossible while growing up in London. She has also appeared on the cover of Teen Vogue magazine. Then she had to learn to play a very difficult Chopin piece for her role in the film Genova or A Summer in Genoa in the year 2008. This was a hard part for her as she had never played the piano. Moving on, the actress has a net worth estimation of approximately 5 million dollars.

Willa Holland is currently single and is not in any kind of romantic relationship with anyone in particular. She is also sure to attract many lovers in her upcoming days through her beauty, talent, charms, and humor.

Holland went public with her then-boyfriend, Nate Walton. Nate is a photographer and has seemingly had a relationship with her since mid-September 2015, 13th September to be exact. The duo was seen in public together several times, but it seems it’s on her Instagram where their relationship is most evident.

When Nate is not posting some of his work with other models, Holland frequently appears throughout his posts. Similarly, Nate also appears often on her account. The last photo on her Instagram featuring Nate dates back to June 2017.

Though Nate’s Instagram account is not trackable right now, sources are mentioning that he had posted a photo on 13 September 2017 congratulating Holland on their second anniversary of dating each other. Her photo accompanied this post. Hence, it is not clear when the lovers parted ways.

Before Walton, it’s believed that Holland was involved with English actor Toby Hemingway. They were together for approximately one year in 2009. 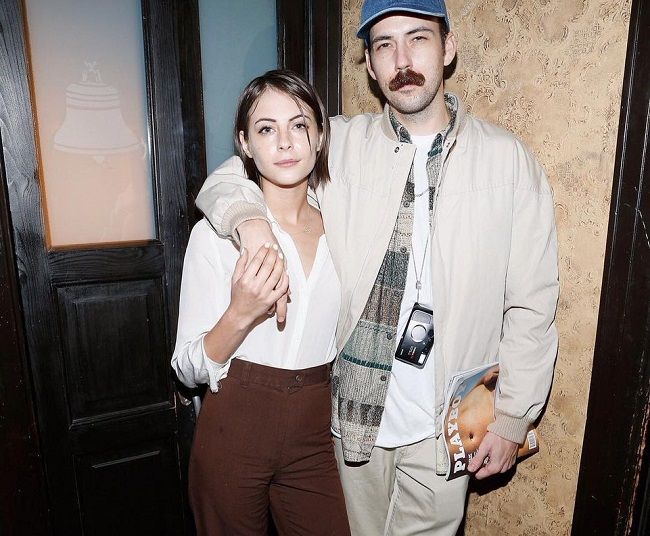 Willa Holland is currently 5 feet 7 inches or 170 cm tall in height. Likewise, her weight is approximately ‎123 pounds or 56 kgs and her shoe size is 9 (US) or 39-40 (EU). However, there is no information regarding her chest-waist-hip measures, dress size, and other body measurement details. Similarly, her eye color is green and her hair color is brown.

Talking about her social media presence, Holland is available on Instagram under the username @willaholland She has shared 1,062 posts and has also earned over 1.6 million followers on her self-titled Instagram account. Moreover, she has also joined Twitter in March 2012. She is available on Twitter under the username @willaaaah and this account has gained over 307.2K followers as of June 2020.