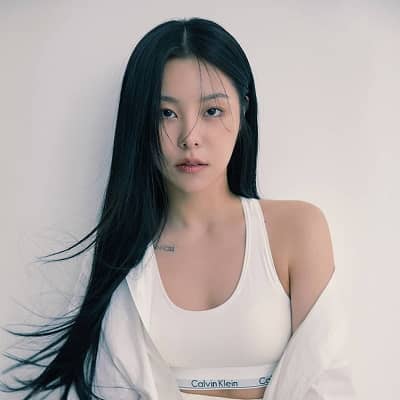 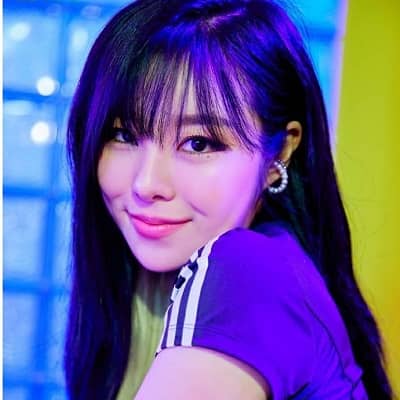 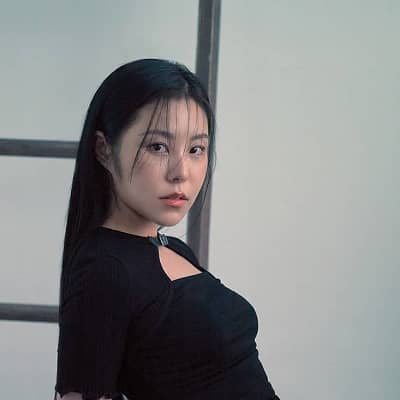 Wheein is a young and prominent South Korean singer. Wheein is internationally famous as the vocalist of the girl group Mamamoo alongside Solar, Moonbyul, and Hwasa.

Wheein was born on April 17, 1995, and she is currently 26 years old. Wheein is a native of Jeonju, North Jeolla, South Korea, and her zodiac sign is Aries. Her birth name is Jung Whee-in (정휘인/丁輝人) and Wheein is her stage name. It translates to “Shinning Person.” Talking about her family, Wheein lived with her grandmother as an only child. Later on, young Wheein graduated from Wonkwang Information Arts High School.

Likewise, Wheein’s nickname is Jindo Dog for looking like one. Also, Wheein has a huge crush on Beenzino and loves watching mukbang/eating shows. Similarly, Wheein is a self-proclaimed “Snack Queen”. 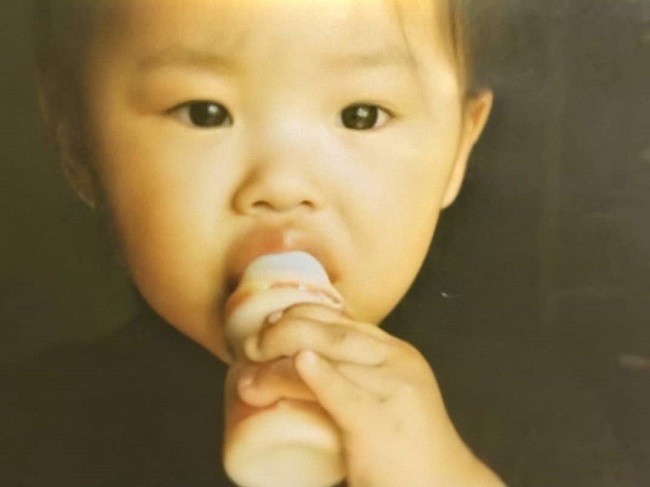 Professionally, Wheein is a famous singer from South Korea. Wheein is internationally recognized as a vocalist of Mamamoo. Likewise, she is signed under the talent management company RBW. The other members of this girl group are Solar, Moonbyul, and Hwasa. She has been friends with Hwasa since middle school.

These girls made their music debut with their single Mr. Ambiguous on June 18, 2014. Prior to their debut, Wheein first appeared in the group’s first R&B collaboration with singer Bumkey. They collaborated in January 2014 for the song Don’t Be Happy. Likewise, Wheein featured in the song alongside the fellow Mamamoo member Solar.

The young singer then made her solo debut on 17 April 2018 with Easy. Then in September 2019, Wheein released her first single album entitled Soar. The young artist has featured on several other prominent artists’ songs. Some of them are Phantom’s Under Age’s Song and Standing Egg’s The Sunlight Hurts.

Similarly, there was an announcement on April 1, 2021, that Wheein will release her debut extended play on April 13, 2021. The EP’s title is Redd. The EP’s lead single is Water Color uploaded on April 5. This album is an R&B-influenced pop album. This EP debuted on #7 on the Gaon Album Chart.

Furthermore, this EP is Wheein’s second top-ten debut on the chart. It was also the 13th best-selling album of April 2021. She sold over 72,000 copies. Further, the lead single of this EP, Water Color, debuted and peaked at #70 on the Gaon Digital Chart. It also charted at #15 on the Billboard World Digital Songs Sales chart. Similarly, on April 23, 2021, she released the English version of Water Color. Likewise, the young singer appeared on King of Masked Singer as Half-moon.

Caption: Wheein posing for a photo with the members of Mamamoo. Source: Instagram

Wheein is currently single. The Mamamoo vocalist has not shared any social media posts and announcements regarding this issue. Moreover, Wheein has a hectic schedule which prevents her from meeting her ideal lover or go on dates. Nevertheless, when the time is right, Wheein is sure to grab the attention of many young lovers through her charm, talent, and beauty.

Talking about her crush and ideal type, Wheein names the South Korean rapper Beenzino as her crush as well as her ideal type. Moreover, the singer is also famous for her close friendship with other celebrities including Hwasa, SONAMOO‘s Newsun, SEVENTEEN’s Vernon, Bigstar‘s Jude, and IMFACT’s Taeho.

Wheein stands tall at an approximate height of 159 cm or 5 feet 3 inches and her weight is around 43 kg or 95 lbs. Other than this, there is no information regarding Wheein’s other body measurement details like her chest-waist-hip measures, dress size, shoe size, etc. Moreover, Wheein has dark brown eyes and hair of the same color. Furthermore, the singer has a total of 12 tattoos. She shares two friendship tattoos with the fellow Mamamoo member Hwasa. 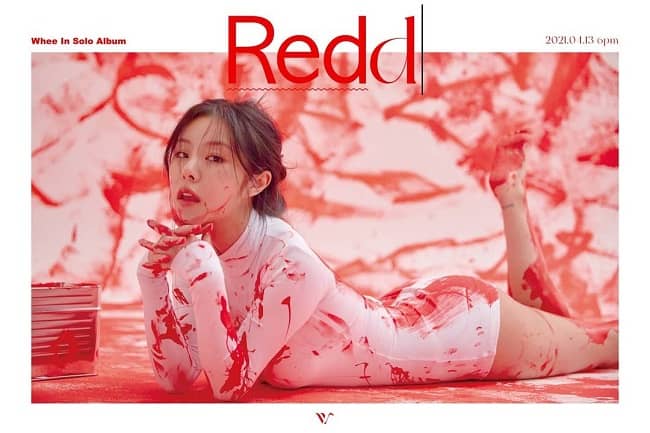 Caption: Wheein appearing on the poster of her album ‘Redd’. Source: Instagram

Talking about her social media presence, Wheein is available on Instagram under the username @whee_inthemood. As of May 2021, Wheein has earned over 1.8 million followers on her official Instagram account.

Other than this, Wheein doesn’t have personal accounts on other platforms. However, we can get updates regarding the vocalist on Mamamoo’s official accounts on Facebook, Twitter, Youtube, Instagram, etc. Moving on, Wheein has a net worth estimation of around $1 million to $5 million US dollars.