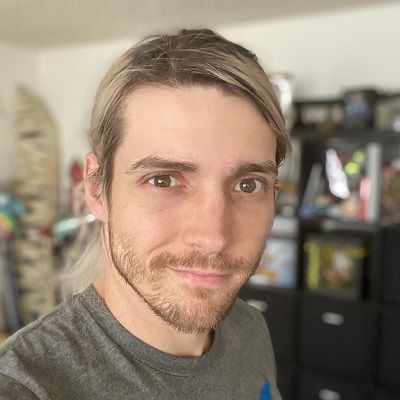 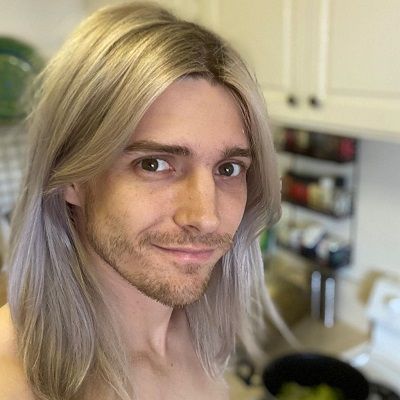 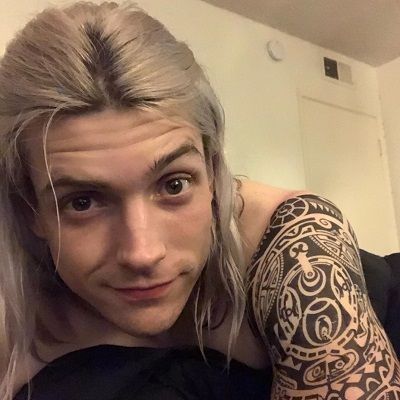 Wesley Johnson was born on May 23, 1988, in Ohio, United States. He later settled in Southern California. He is 34 years old as of 2022 and his birth sign is Gemini. Moreover, he has brothers named Trenton and Brenden. Other than this, there are no further details regarding his family members. There are no details related to his education as well.

According to one of his Q&A videos on his channel, as a child, Wes wanted to be an actual spy, and he stated that he could have chosen that career path if he wasn’t so family-oriented.

Wes is allergic to bananas. The exact nature of his allergy is unknown but is implied to have severe consequences. One of Wes’s defining traits is his childlike and optimistic personality, to the extent that he has been described as “annoyingly happy all the time”. Other Smosh Games members have sometimes called him “an eight-year-old trapped inside an adult body”.

Wes has an extreme love of candy, implied to be more like an obsession. He is notably fond of chocolate, donuts, ice cream, and milkshakes. He enjoys and is talented at cooking. His specialty is chocolate chip pancakes, which he makes on many occasions. 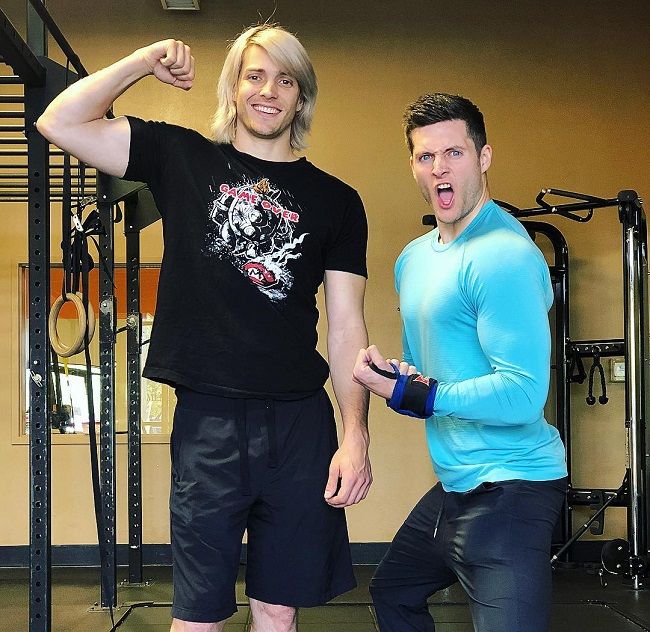 Wes is described as one of the ‘newer’ additions to Smosh Games, meaning he is one of the four hosts who were not part of the original lineup. He enjoys cosplaying and gaming, and since 2014 has posted videos on a personal channel, resuming this in 2018 with a new one after losing his first.

Wes has also done acting on YouTube, including acting in “Breaking Point” in the role of Tate Kelly, and has been in acclaimed films such as “Nazis at the Center of the Earth”. Moreover, as a member of Smosh Games, he has appeared on many episodes of Grand Theft Smosh, Maricraft, Game Bang, Cell Outs, and Friendly Fire.

In 2014, Wes created his own YouTube channel, WesTheEditor, based on video games and other vlogs. The channel had more than 126,100 subscribers as of June 2018. Nevertheless, after Defy Media ceased operations, Wes could no longer access the channel, and by December 2018 the channel had been deleted, presumably by a remaining employee of Defy Media. Similarly, in response to losing his first channel, Wes created a new channel called ‘WesIRL’.

On April 10, 2019, Jovenshire confirmed in the comments of a video on his channel that he, Sohinki, and Wes would not be returning to Smosh Games as full-time members, including their status being officially confirmed as part-time in the eleventh episode of SmoshCast on May 1, 2019.

Wes is a “semi-professional paintballer”. This was mentioned by Lasercorn in CHIVALRY & PAINTBALL PUNISHMENT, which was also Wes’s first official Smosh Games appearance. He does not have a regular streaming schedule.

In early August of 2019, Wes rebranded his channel, renaming it ‘IRL Bros’. He later not only created a Patreon for the channel but confirmed that he and his brother would be working together on it full time. In late February 2020, he started back up streaming on Twitch after sporadically streaming since late 2016.

Moreover, in late February 2020, he started back up streaming on Twitch after sporadically streaming since late 2016. Similarly, in early March of 2020, Wes, along with fellow past Smosh Games members, launched New Element Six. The show started on the AtomicMari channel, but now has its channel, New Element Six. Its members consist of Wes, Mari, Joven, Lasercorn, Sohinki, and Flitz.

Wes was in the first season of the soap opera web series Breaking Point, where he played Tate Kelly, one of the main character’s sons. He was announced to be playing the role of Link for a short film called The Zelda Project: Final Battle. The film was due to be released in 2015, but as of 2019, the film is yet to be released.

Wes dated actress Isabelle Lynn, from 2014 until early 2018. They were engaged from August 5, 2016, to sometime in 2018. They ended their relationship during the first half of that year for unknown reasons, though it can be assumed that the two did not end amicably from comments both Wes and Courtney made during the SmoshCast episode he was featured in.

In June 2018, it was confirmed that Wes had begun dating cosplayer Taylor Bloxham (@rolyatistaylor), whom he met at Fanexpo. Taylor confirmed this herself, as did Boze in a Livestream. They were seen together in many photos on their social media accounts, as well as on Wes’s brother’s Instagram, where he referred to them all as a “crazy family”.

On January 28, 2019, Wes released a video on WesIRL called “I Have Depression and That’s Ok”, in which he revealed (amongst other things) that he and Taylor had broken up. It’s mostly due to problems with maintaining a long-distance relationship. Wes confirmed in the video that they are still close friends and will continue to cosplay together, but that they both believed breaking up was the right decision.

In July 2019, Wes posted a picture of himself on Instagram with cosplayer Sarah Hendo, though he had posted pictures with Hendo before, he revealed in the caption of this post that she was his girlfriend and that he felt “lucky” to be dating her. He previously dated actress Remina West. In mid-April of 2020, Mari, who is a Smosh Games member confirmed in a New Element Six video that Wes is single. 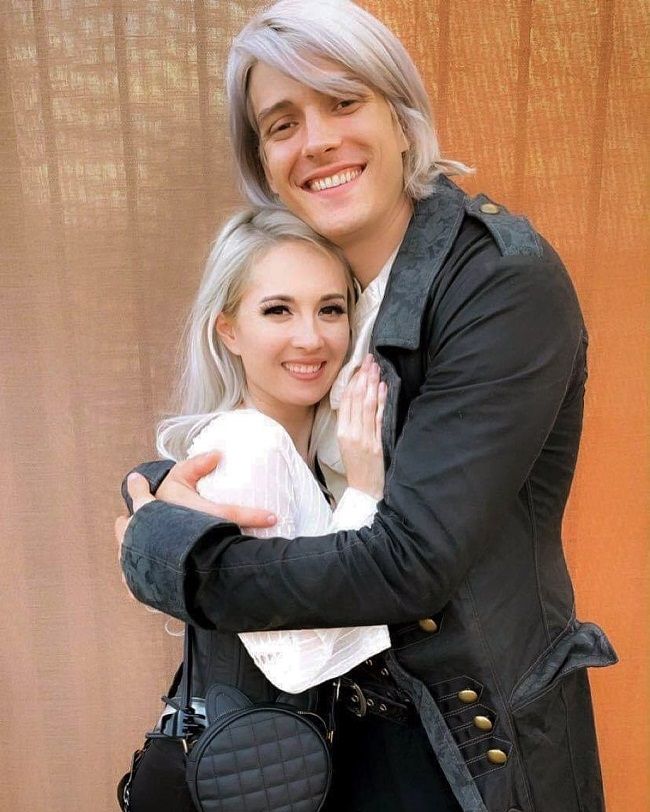 He has an amazing personality. Wes had a henna tattoo on his right arm. He stands at a height of 6 feet 3 inches tall and weighs around 63 kg. His natural hair color is brown but he has dyed it silver. Likewise, he has a pair of dark green eyes. There are no other details regarding his body measurements. 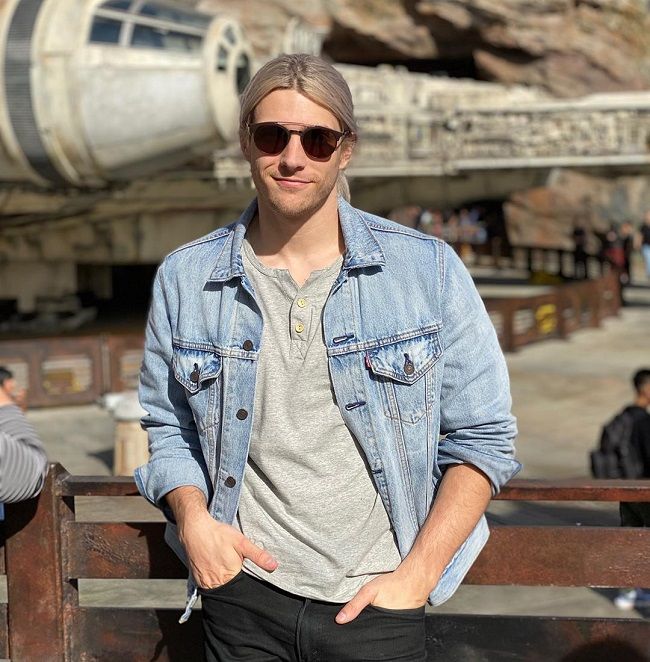 Wes is active on various social networking sites with an impressive number of followers. His Instagram account has earned over 387K followers under the username ‘@wes_irl’. He is also active on Twitter with more than 196K followers. The ‘IRL Bros’ YouTube channel has gained over 53.9K subscribers. Similarly, his official Facebook page has amassed over 16K followers.

He might earn a very good amount from his social media activities. His gaming videos would make a huge amount for himself. Therefore, his estimated net worth is around $1 million – $5 million.