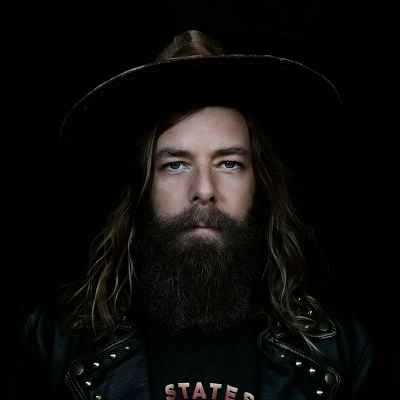 Wes Carr is a popular Australian singer-songwriter. Wes Carr gained immense fame as the winner of the 6th Australian Idol.

Wes Carr was born on 14 September 1982 and he is currently 40 years old. He hails from Gawler, South Australia, and his zodiac sign is Virgo. Likewise, his birthname is Wesley Dean Carr but his recordings are also available under the stage name Buffalo Tales.

Moreover, he is also famous as “Wesley Dean” or just “Wes Carr”. Talking about his family, his parents’ names and professions are not mentioned yet.

However, he has shared a few photographs featuring his sister, parents, and grandmother on his @wesleydeanmusic Instagram profile. Likewise, his sister’s name is Lauren and he lovingly calls her “Lozzie”. Regarding his educational journey, Carr took classes five nights a week at the Johnny Young Talent School. However, he later left Adelaide to live with his father in Sydney at the young age of 15 years.

Since then, this personality started his DIY education in the music industry. He started spending more time at bars, performing, and meeting other musicians instead of going to school.

Wes Carr has not done many brand advertisements or endorsements. Or it might also be that Carr doesn’t share them exclusively on his social media profiles.

Nevertheless, he has mentioned The Vinyl Lab (@thevinylab) in one of his Instagram posts. Also, this singer has shared multiple photographs clicked by photographer/videographer Evan Mattingly (@ev.mattingly).

Professionally, Wes Carr is a multi-instrumentalist and singer-songwriter. Carr is best recognized for being the winner of the 6th season of Australian Idol in the year 2008. Later on, this singer released his 1st studio album named Simple Sumin 2008. This was shortly before he entered Australian Idol.

After being the winner of Australian Idol, this personality signed a record deal with Sony Music Australia and released his debut single You. This song peaked at #1 on the ARIA Singles Chart and the Australian Recording Industry Association (ARIA) certified this single Gold.

In June 2011, this singer released Been a Long Time which is also the lead single from his 3rd album. This song peaked at #33 on the ARIA Singles Chart. Then in November 2011, this singer announced that he was no longer with Sony and would be releasing his album independently.

In August 2012, this singer released an EP titled Blood & Bone under the pseudonym “Buffalo Tales”. The singer’s 3rd studio album Roadtrip Confessions was released in June 2013 and debuted at #83. Talking about the beginning of his career as a singer, Carr’s 1st big gig was supporting the Australian band Leonardo’s Bride for their last gig at The Basement. Likewise, this personality also played gigs with Missy Higgins, Lior, Paul Mac, Don Walker of Cold Chisel, and Andrew Farriss of INXS.

Then in the year 2006, this personality worked with C. J. Vanston in Los Angeles. There, the two co-wrote the song Say My Name for the film For Your Consideration. On 11 June 2008, this personality independently released his debut studio album Simple Sum. Wes Carr shared the news of his engagement with actress Charlotte Gregg in February 2011. The announcement was made through the Australian OK! magazine. The lovely couple tied the knot in April 2012. Caption: Wes Carr posing for a photo with his family. Source: Instagram

There is no verified information related to Wes Carr’s body measurements including his height, weight, chest-waist-hip measures, biceps, etc. On the other hand, Carr has blonde hair and blue eyes. Moreover, this singer likes to keep both his hair and bread long.

Likewise, his username on Tiktok is @wesleydeantiktok. Further, he created his “Wesley Dean” Youtube channel in August 2011. While writing this biography, this channel has garnered more than 1.6 million views and 2.45K subscribers.

Moving on, Wes Carr’s net worth as of 2022 ranges from $1 million to $5 million US dollars. All of this singer’s earnings and net worth come from his successful career as a singer, songwriter, multi-instrumentalist, and the winner of Australian Idol in 2008.