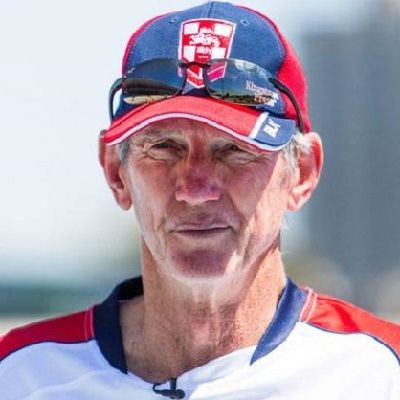 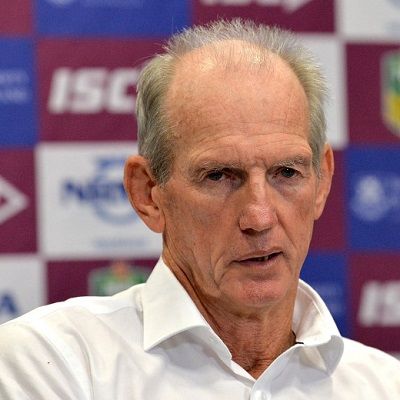 Wayne Bennett is an Australian professional rugby coach. Wayne Bennett is popular as the head coach of the South Sydney Rabbitohs in the NRH. Likewise, he has been the coach if the England national team. Moreover, he is also a former rugby league footballer.

Wayne Bennett is 70 years old. He was born on January 1, 1950, in Allora, Queensland, Australia. His mother’s name is Patricia Bennett but his father’s name is unknown. As his father was an alcoholic and abandoned the family when he was just 11 years old. He grew up with two sisters Michelle and Gretta and two brothers Bob and Dwight in a working-class family nearby Warwick.

Likewise, he belongs to Australian nationality, and ethnicity is still unknown. However, there is no information regarding his educational background. 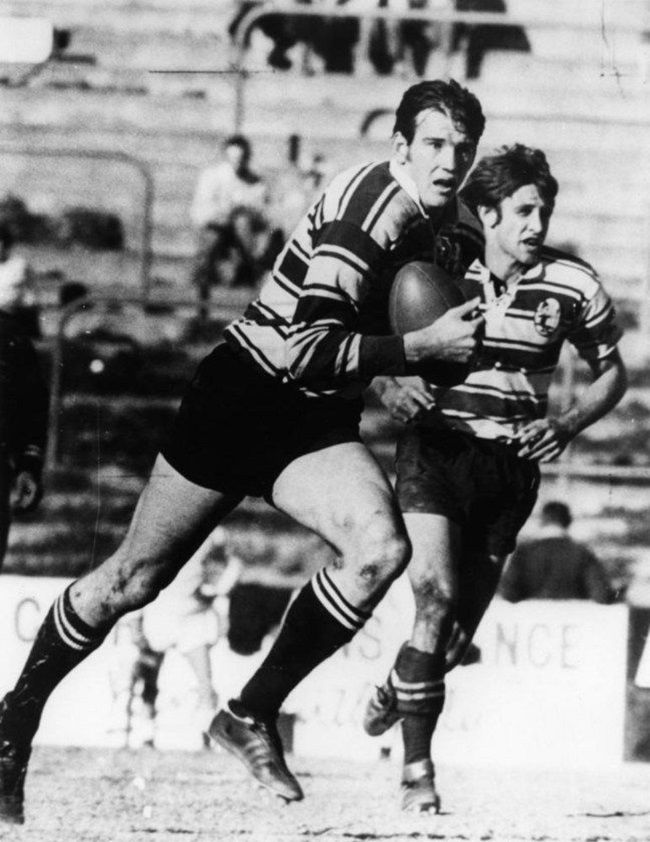 Talking about his professional life, Wayne started his career as a police officer from an early age of 15. Then he was in rugby league in South East Queensland through his uncle, 1948 Kangaroo forward Eddie Brosnan. He has been the head coach of the England national team since 2016.

Likewise, he has also been the head coach of Australia, in 1998. And from 2004 to 2005 he was an assistant coach of New Zealand in 2008. As he has coaching records for most grand final wins and most seasons with a single club, he is well known as a great coach.

Moreover, Bennett was also an Australian international and Queensland interstate representative winger or fullback of the 1970s. He has won the Brisbane Rugby League premiership with Souths as a coach. In 1980, he has earned selection as Queensland’s State of Origin coach.

Later, after starting his NSWRL Premiership coaching career with the Canberra Raiders, he appointed as the inaugural coach of the new Brisbane Broncos club in 1988. Furthermore, he has also coached the St. George Illawarra Dragons and the Newcastle Knights.

Details about his coaching career

Furthermore, he is a well-known and respected Australian coach. His motivation and drive to innovate rugby saw him become one of the greatest coaches ever seen in history. Likewise, his presentations are fuelled by rugby anecdotes and they are filled with a refreshing honesty that is sure to remain with audiences long after conclusion. 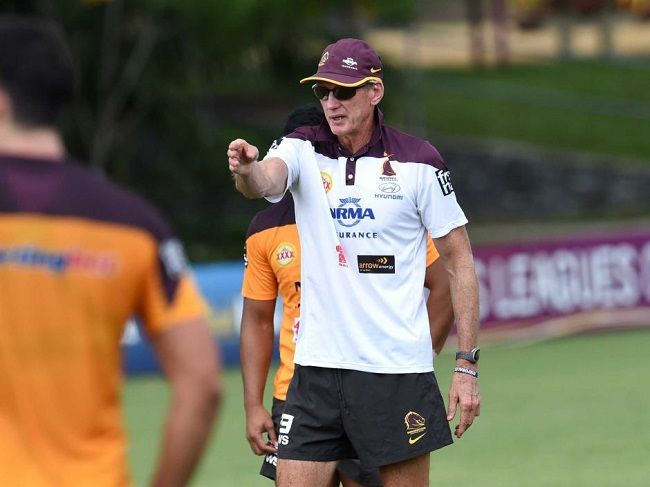 Moreover, he began his coaching career in Ipswich in 1976. In 1987, he moved to Canberra where he coached the Raiders to their first Grand Final appearance. As a result, he was titled Coach of the Year. From the year 1992 to 2006, he joined the Brisbane Broncos as their foundational coach and guided the club to six Premierships. In the year 2006, he received the title The Greatest Coach Ever, as he coached the Broncos to the Rugby League Grand Final.

Further, in the year 2008, he ended his tenure training the Broncos after 21 years. A year later, he moved to New South Wales to begin coaching the St. George Dragons. In the year 2009, he guided the Dragons to Grand Final victory and created a record for himself after leading teams to seven victories. In the year 2011, Bennett made the move to the Newcastle Knights and under his guidance, the team made it to the semi-finals in 2013. At the end of 2014, he made the switch back to the Broncos.

He began his first season as South Sydney coach with the club winning 10 of their first 11 games which saw them sitting at the top of the table. He led South Sydney to the preliminary final against the Canberra Raiders but were defeated 16-10 at Canberra Stadium. Likewise, he got selected to coach the England 9s squad for the 2019 Rugby League World Cup 9s.

Likewise, he became head coach for the 2019 Great Britain Lions tour of the Southern Hemisphere. He even took charge of Great Britain for the first time in the defeat by Tonga.

On 21 February 2020, it made announcement that he would be leaving South Sydney as head coach at the end of the 2021 season with assistant Jason Demetriou taking his place.

Wayne has been recognized as one of the most influential and innovative individuals in Rugby. As an acknowledgment of his dedication, he was inducted into the Australian Sport Hall of Fame in 2012. He is also the longest-serving coach of a single club in rugby history in Australia. Moreover, he also has one of the best winning percentages in the y League.

Furthermore, he has also authored three books ‘Don’t Die with the Music in You’, ‘League’s A Lot Like Life’ and most recently ‘The Man in the Mirror’. Bennett recognizes his triumphs and trials and demonstrates his desire to change up the game and become one of the greatest coaches in his recent book. Additionally, he and his family have also appeared in the ABC’s Australian Story. It became the most requested story to be repeated.

Bennett has won many awards by his hard work and dedication in his work. He has won the Dally M Award Best Coach. Likewise, he has also received an award for an Australian Medal contribution for the development of sports. Further, he was also inducted into the hall of fame.

Wayne Bennett has earned a decent sum of money by his profession. He signed a $1.8 million contract with the Australian Rugby team. Likewise, he earned AUD 750,000 as an annual salary from his current team. Further, he also earned around $5000 for speaking at events. His estimated net worth is around $1 million.

Reflecting on Wayne Bennett’s relationship status, he is single currently. Moreover, talking about his past relationship he was a married man as he tied the knot with Trish Bennett. They are blessed with three children a son Justine, the other two are daughters Katherine and Elizabeth Bennett. However, their relation ended up with divorce after 42 years. 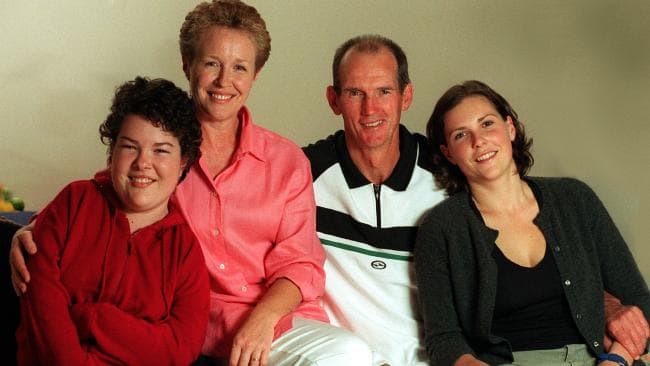 Later he fell in love with Dale Cage. He met her during his profession as a coach for Newcastle Knights. She was a mother of three children. However, they are ended their relation.

There were many rumors regarding his professional life. Likewise,  Bennett has sensationally labeled rival coach Ricky Stuart and others for the comments “drama queens” made about the NRL’s off-season from hell. However, there are no rumors regarding her personal life.

Wayne Bennett has a good personality. He has a tall height of 6 feet 3 inches and weighs is still unknown. Likewise, he has salt pepper hair and green eyes.