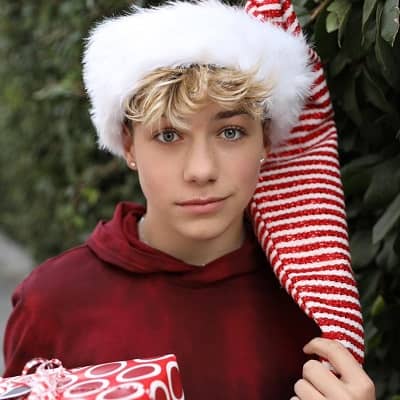 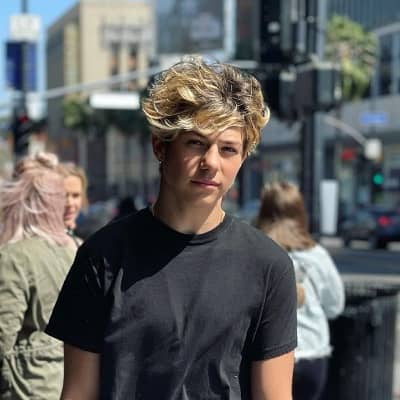 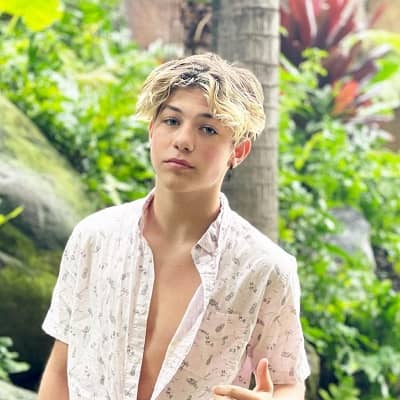 Walker Bryant is a young and talented American actor. Walker Bryant gained fame as an actor for appearing in various short films including ‘Link: Legend of Zelda’, ‘Innocence’, and ‘8 1/2’ among others.

Walker Bryant was born on September 26, 2006, and he is currently 15 years old. He hails from Columbus, Ohio, and his zodiac sign is Libra. He later moved to Los Angeles with his family. Talking about his family, his mother’s name is Jennifer Bryant. Likewise, he also has a sister namely, Alexandra Leona Bryant. He has yet to share insightful information regarding his educational journey. 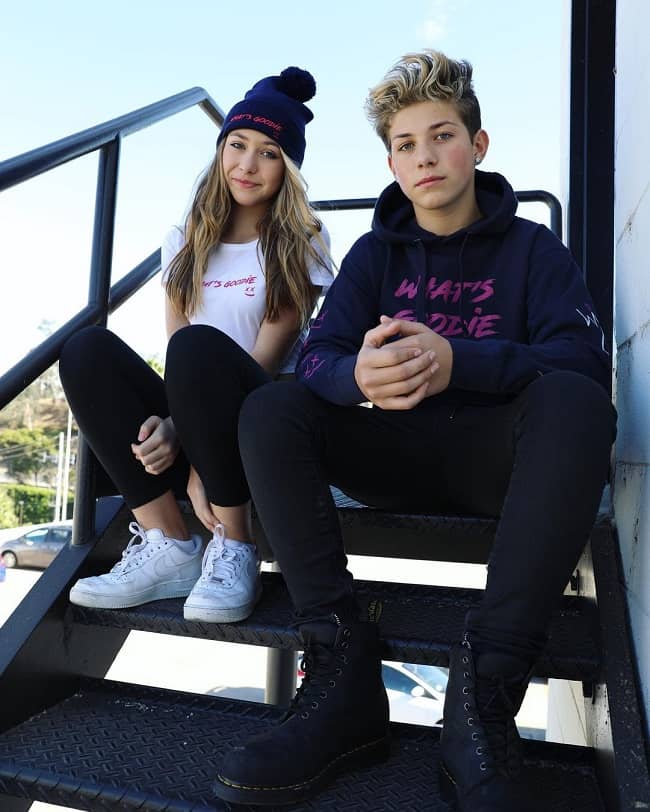 Caption: Walker Bryant posing for a photo with his sister, Alex. Source: Instagram

Professionally, Walker Bryant is a young actor. He is most recognized for his appearances in short films. The young actor is also well known for playing Young Link in the short film, Link: Legend of Zelda. This film’s co-director and writer is Scott Bender. Moreover, this movie is about a boy who awakens in the middle of the woods after years of wandering.

He also gained fame portraying the role of the character Randy in the 2017 short film Innocence. This is a flick that co-stars popular actors including Declan Chambers, Brittney Grabill, Ashlyn Lundahl, Randy Walker.

The teen actor also has a popular YouTube channel. His channel has earned more than 850,000 subscribers since he created it in November 2016. The young actor likes to entertain his fans with vlogs whenever he is not auditioning or studying. As of now, the young actor has uploaded a variety of videos on his channel. These include reaction videos, pranks, challenge videos, and personal vlogs among others.

Prior to his immense fame, he first started his career to stardom by sharing modeling and lifestyle-based photos on his Instagram. He started off this road to success in January of 2015. 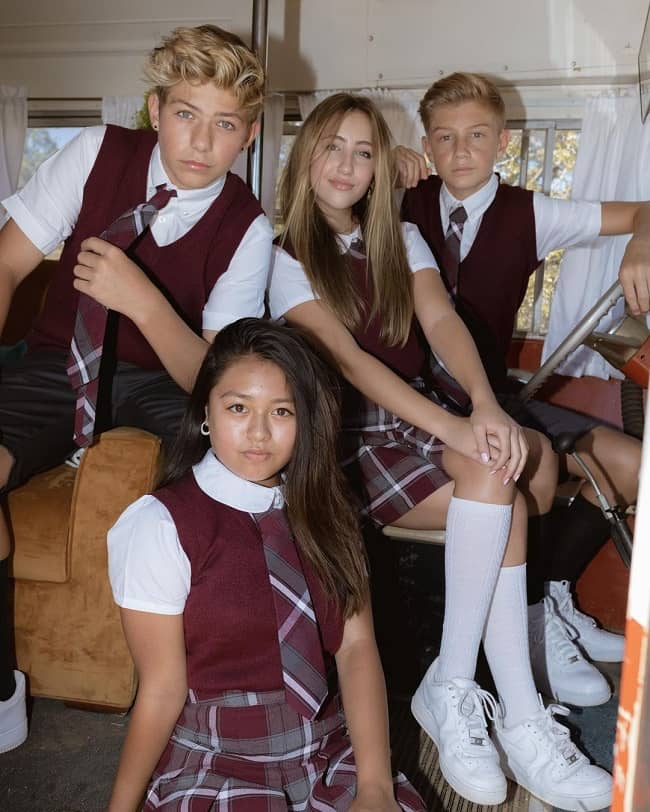 Caption: Walker Bryant posing for a photo with the Vibe Crew. Source: Instagram

Additionally, the young talent was then quickly recognized. Eventually, the young lad made his acting debut in the year 2016. Back then, he played the role of a Clown in the short film 8 1/2. This is a short film depicting the life struggles of a famous Italian film director. For this film, he worked alongside Lev Cameron, Kassia Bonestee, Shae Smolik, and Gracie Miller.

Moreover, he is famous for earning representation from both the Momentum Talent Agency and the Osbrink Talent Agency. The young talent also played the role of Young Jack on ABC’s Station 19. He also became a member of the social media collective famous as “Vibe Crew”. Additionally, he is also a member of GoatFamLA.

Likewise, he also made a video with Nicole Laeno in Beverly Hills. Nicole is a dancer and fellow actress who appeared in Boss Cheer and the DanceOn series Dance-Off Juniors. Nicole has also earned the Hollywood Vibe’s Dancer of the Year award. He then shared a photo from the shoot with Nicole through his Instagram in September of 2018.

Walker Bryant previously dated Indi Star. The two frequently shared Instagram posts featuring each other on their personal accounts. We can still find Indi in his Instagram posts from 2020. Indi also used to appear on his Youtube videos. 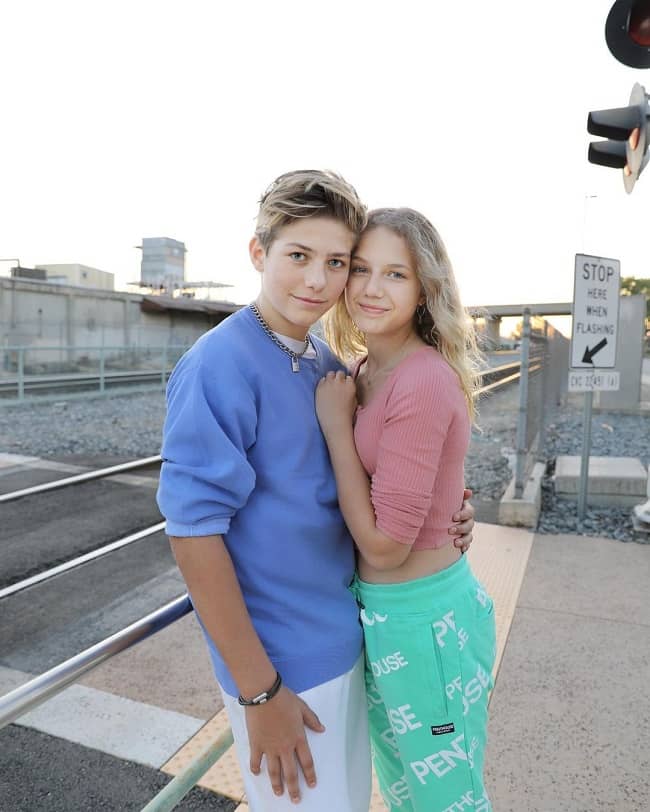 Walker Bryant is still a teen and hence his body measurement details shall keep changing for a few more years to come till his full physical maturity. Nevertheless, his present height is around 5 feet 4 inches and his weight is around 59 kg. Despite the available body measurement data, his height, weight, chest-waist-hip measures, dress size, shoe size, and biceps shall change with time due to his growing age. Moreover, he has blonde hair color and beautiful hazel green eyes.

Similarly, the actor also created his official Youtube channel “Walker Bryant” on November 17, 2016. So far, this channel has garnered over 73.9 million views and 891K subscribers. He then created his official Facebook page on February 2, 2016, and so far has over 20k people following his journey on his platform.

Moreover, he is also active on Tiktok. His username on this lip-sync, short-form video creating and sharing platform is @walkerjbryant. While writing this article, he has gained over 1.2 million followers and 32.8 million likes. Moving on, he has a net worth of approximately $1 million US dollars at such a young age.