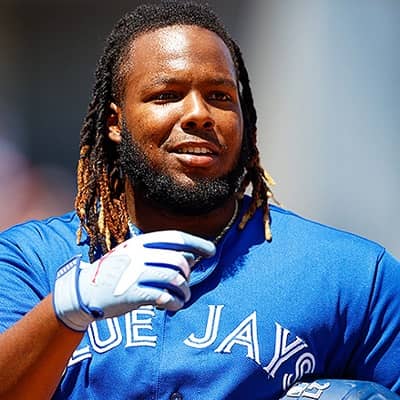 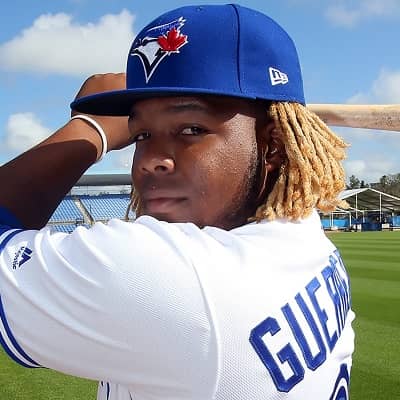 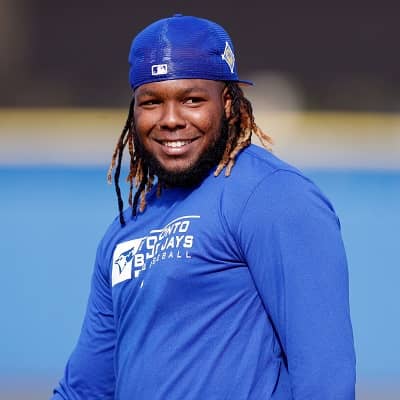 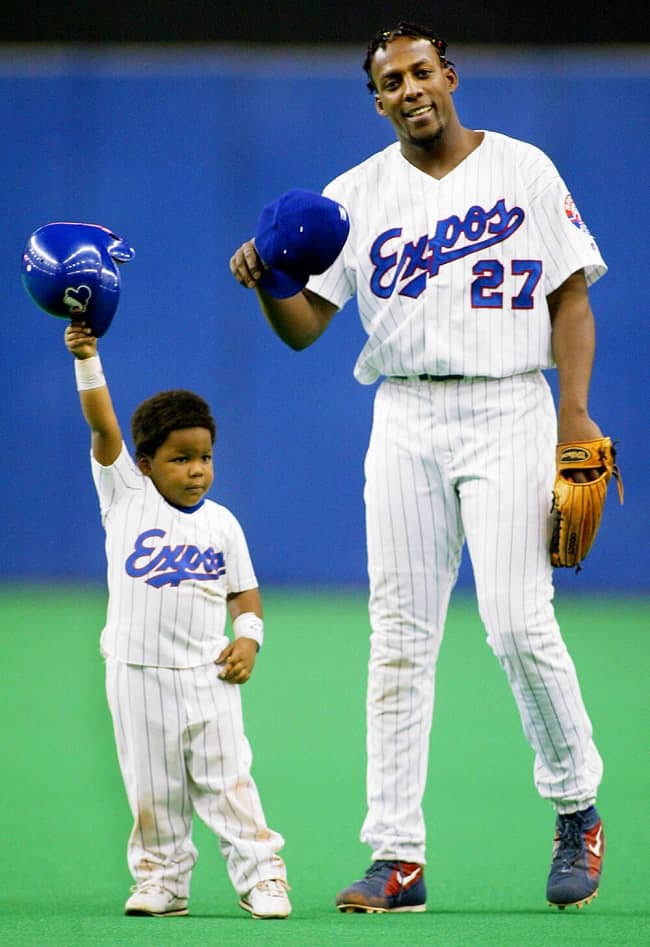 Vladimir Guerrero Jr. with his father in a baseball game Source: Sportsnet

He was introduced to baseball by his uncle Wilton Guerrero, a former MLB player. His uncle trained him in baseball since he was five years old. He spent most of his early childhood in the Dominican Republic.

His parents divorced when he was very young and his mother, Riquelma Ramos moved to Santiago, Dominican Republic. Guerrero would split time between Santiago with his mother, Don Gregorio with his uncle, Wilton, and during the summer he would visit his father in the USA.

Information about his schooling and education is not known.

He debuted in the MBL on 26th April 2019 for the Toronto Blue Jays. He is their first baseman and designated hitter. His career is still in its early days but he has already shown his potential to the world. He won the All-Star Games two times in a row, 2021 and 2022. He was honored with the All-MLB First Team award in 2021.

Likewise, he finished the 2021 season batting .311/.401/.601 and tied the major league lead in home runs with Salvador Perez(48), led in runs scored (123), and led the majors in total bases (363). Because of his excellent performance, he won the American League Hank Aaron Award & the Tip O’Neill Award for 2021 but finished second in American League MVP voting behind Shohei Ohtani. 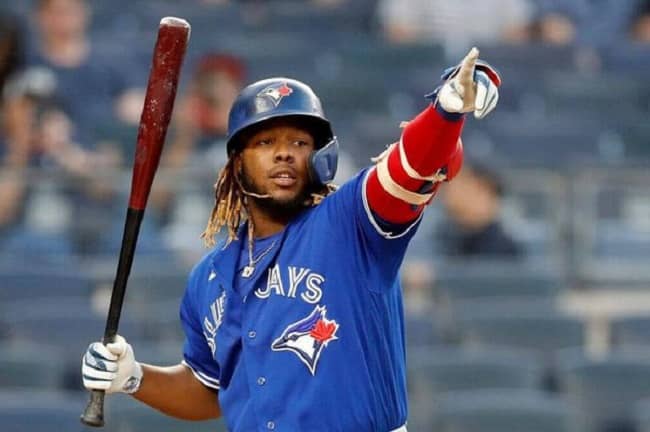 In the 2022 season of MBL, he became the first player in Major League history to hit three home runs in a game (April 13), then strike out at least four times the following game (April 14). He achieved this milestone in his game against New York Yankees.

He is the 163rd highest-paid baseball player in 2022. His salary for playing in Toronto Blue Jays is $605 thousand. Guerrero Jr.’s net worth is calculated to be around $5 million. 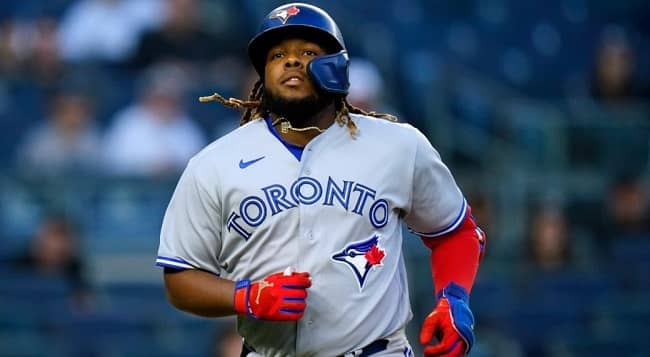 His height is 1.88m or 6 feet and 2 inches and he weighs about 113kgs. Moreover, Vladimir has black colored eyes along with black hair.

Talking about social media, he is active on Instagram as @vladdyjr27 with 1.1 million followers and on Twitter as @27vladdyjr with 25.5k followers. However, it seems that he has not made an official Facebook account but there are many fan pages with a huge number of followers.