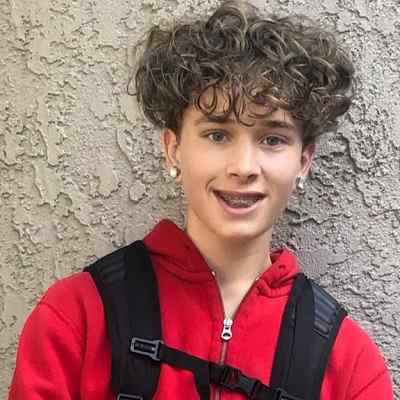 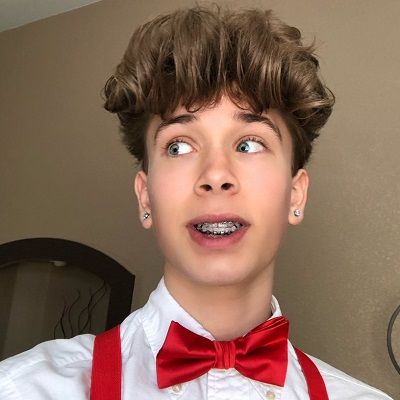 Vitalyyboo is 20 years old. He was born on April 4, 2002, in the United States of America under the zodiac sign Aries. Likewise, he has disclosed his parents’ names. However, his parents are faithful Christians and he oftentimes gets into difficulty with them for his content.

Likewise, he has a twin brother named, Erick and also a sister.  During his presence on social media, he disclosed some information to his fans. He is very expert at mathematics and always helps his friends if they are stuck with their homework. 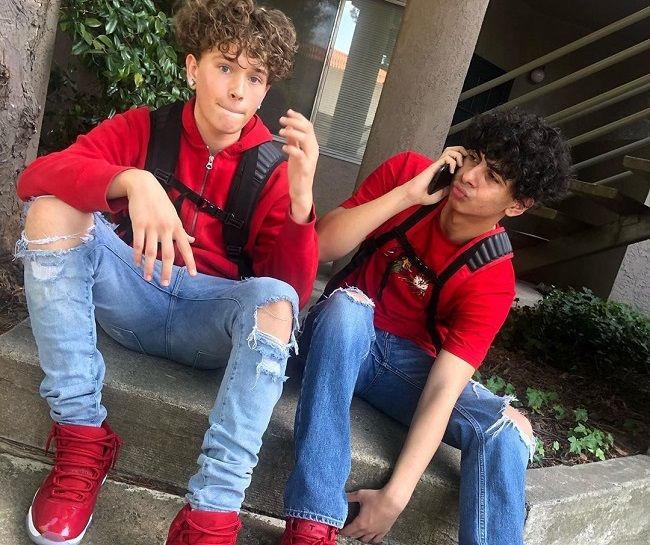 Caption: Vitalyyboo posing along with his Twin brother (Source: Instagram)

Moreover, talking about his nationality he is an American and his ethnic background is still under review. He was believed to be a part of his high school’s 2020 graduating class.

Speaking on Vitalyyboo’s earnings, he is a rising social media star who has earned a quite considerable sum of money through his work. However, he has not disclosed his exact net worth officially. Some online resources have estimated his net worth around $1 million.

Talking about Vitalyyboo’s professional life, he is a social media star. However, he has cut off his relationship with social media and recently created a new Tiktok account. But previously he was actively present on different social media handles like Youtube, and Instagram.

Currently, he has created his new Tiktok account under the username @wowvitaly. He posted his first video on TikTok on April 1, 2020, on the original sound Plouise_makeup_academy. He captioned the video “for the boys.” Within six days, he has accumulated over 61k followers on Tiktok and has got 613.8k hearts. His fans are very happy to see him back.

On Instagram, his oldest photograph was uploaded on September 10, 2018. He posted a solo picture captioning “RIDIN SOLO, #explore”. Though he has already deleted his posts.

Similarly, he also created his YouTube channel named ‘Itzyourboo ?,’ on September 7, 2017. His oldest video was titled ‘Worlds Hottest Noodles (Funny Af) Vitalyyboo.’ It was posted on the platform on January 2, 2019. The video shows a challenge video alongside his brother Erick for a hottest noodles-eating contest. During the contest, he starts having obstacles and loses the challenge. 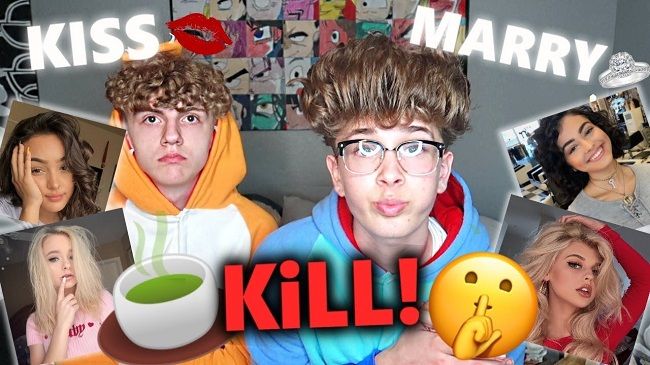 Likewise, in the video titled ‘Asking Random Girls to Rate Me 1-10 (Monkey App) Vitalyyboo’, he asks many girls to rate him on a scale of one to 10. The video was posted on 9 January 2019 and also garnered several thousand comments.

He also has a youtube channel alongside his two brothers named marvelous. The channel has garnered more than  76.5K subscribers. After a year of their inactive on YouTube, recently on June 9, 2020, they premiered a video titled “this carpool video is going to get copyrighted….just for you.” They might be posting more videos in the coming days.

In addition, he had also created his ‘Itzyourboo’ on TikTok which garnered a huge following on the platform. But his account is terminated. He has also performed to the music of Soulja Boy, The Weekend, Falling In Reverse, Echosmith, Trippie Redd, Ebony Day, Shawn Mendes, Troye Sivan, and Diplo, among others. Some of his videos even have definite comedic undertones.

Reflecting on Vitalyyboo’s relationship status, he might be single. He has not opened up regarding his relationships on social media handles. However, he seems to be more focused on his education as well as shaping his future career rather than involving in relationships. Furthermore, he also has not mentioned his previous linkups.

Furthermore, he has not been involved in a controversy regarding his personal as well as professional life.

Handsome Vitalyyboo has a charming personality. He has tall height with a fit body physique. However, he has not mentioned his exact height, weight, body statics, dress size, shoe size, etc. Likewise, he has curly brown hair and a pair of blue attractive eyes.

On Tiktok he goes by the handle @wowvitaly and has amassed around 61k fan followers and 613.8k hearts. He has gained around 138k followers on his Instagram handle and over 13.4k subscribers on the Youtube channel.