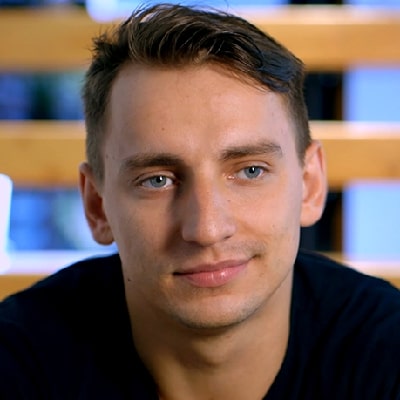 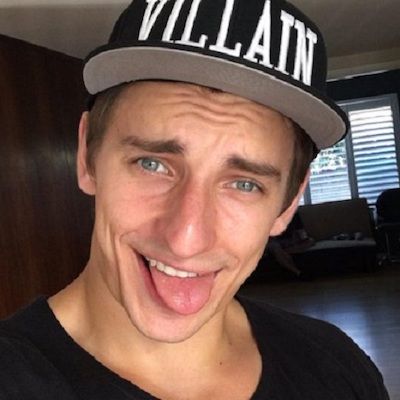 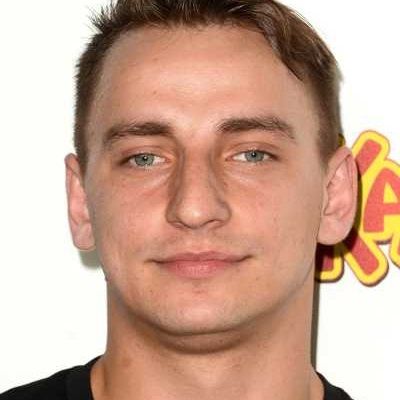 Vitaly Zdorovetskiy is a YouTube personality, actor as well as a businessman. Vitaly Zdorovetskiy is famous for his YouTube channel named VitalyzedTv for posting Pranks, Comedy, Helping the Homeless!, and Dustbring the peace video. Other than that he has also worked in adult film for Bang Bros with Diamond Kitty.

Vitaly Zdorovetskiy is an American Youtuber, actor, and businessman (29 years old), who was born on March 8, 1992, in Murmansk, Murmansk Oblast, Russia. However, he grew up in Odesa, Ukrainian. Later, his parents moved to the United State while he was in high school. There is no information regarding his father, and his mother’s name is  Elena Vulitsky. He is a single child and has no siblings. Similarly, he follows the Jewish religion and belongs to the Russian-Jewish ethnicity. His Zodiac sign is Pisces. He holds Russian citizenship but has a permanent resident Visa for the US.

He studied at Park Vista Community High School. According to his age, he could have already graduated from University. Other than he has never spoken about any information regarding his study. Due to his continuous migration, there is no relevant information about his study.

His career as, American YouTuber started on his YouTube channel name VitalyzdTv on August 8, 2011.  The channel has a million views and posts different interesting content. The comedian made a career out of posting YouTube prank videos.

He is famous for playing pranks and recording them and then uploading the recordings on his YouTube video channel named “VitalyzdTv”. He will also star in the upcoming movie “Natural Born Prankster”, along with Roman Atwood and Dennis Roady. By posting his videos on YouTube, he has attracted close to 10 million subscribers, and over one billion views. He also owns another channel named “vlog”, which has 1.4 million subscribers and has attracted 107 million views.

His fame rises when he posted the video “Miami Zombie Attack Prank” a response to a Cannibalistic attack on a Miami, Florida homeless by dressing up like Zombie. By 2015 the video gained more than 30 million views. His YouTube channel uploads the contents as Helping The Homeless!, How To Pick Up Girls!, Disturbing The Peace!, and Russian Hitman Prank. Other than a prank video he posts the video of giving a job to the homeless and other comedy content. 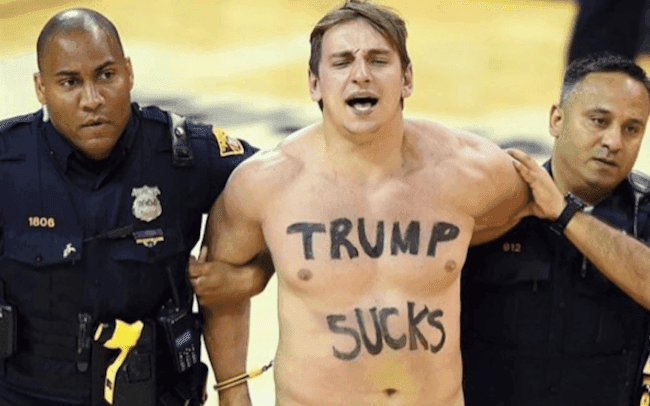 However, his popularity increased rather than decreased due to his humorous and comedy behavior which make him one of the most popular YouTube channels. Vitaly offered to fix his teeth for free which was also shown on the Good Day La Fox morning show. He has his second channel name Vitaly Zdorovetskiy which also posts similar content to the main channel.

Other than that in his early days, initially, Vitaly wanted to become a professional skateboarder and used to upload videos of himself and his friends doing various stunts in the hope of attracting sponsors. However, he was forced to leave this career path because of various injuries he sustained performing stunts.

After he turned 18 he participated in an adult clip produced by Bang Bros in 2011, and can also be seen in the music video “HYFR” by Drake, and the movie “Pain and Gain” starring Mark Wahlberg and many other famous personalities. These projects really established Vitaly’s net worth.

He has done jobs as a garbage collector, sign spinner dresses, and busboy and took part in the adult industry with actress Diamond Kitty in 2011. Later, in 2015 he appeared in the movie the Natural Born Pranksters with fellow pranksters Roman Atwood and Dennis Roady.

Some of his other pranks are “Extreme Homeless Man Make-over”, in which he befriended a homeless man and helped by giving him new clothes and shelter etc., later that homeless man was offered a job and reunited with his wife. Then there is “Gold Digger Prank”, “ATM Robbery Prank” and “Chainsaw Massacre Prank”.

He also streaked during FIFA (Soccer) World Cup Final in Brazil with the name of his upcoming movie “Natural Born Prankster” on his torso; he was arrested by Brazilian authorities, but released on 100 dollars bail. Vitaly Zdorovetskiy produces videos with his partner Roman Atwood who is from Ohio. He has a somewhat infamous reputation because of his pranks, but obviously, most viewers are appreciative of his efforts to bring a little levity into their lives.

Likewise, he has an estimated net worth of around $7 million. Other than that there is no information regarding his salary and house. His net worth is influenced by his famous YouTube channels, Instagram, and social media personality. He owns a Jaguar F-Type V8 Sports car.

He is straight and single. He was previously in a relationship with a girl who is also a model name Kinsey Wolanski. In the 2019 UFEA Champion League Final, his girlfriend ran on the pitch wearing a swimsuit. Other than that he has previously dated the Snapchat star, Bri Teresi. Kinsey disclosed their breakup with an Instagram post on December 5, 2019, Thursday. 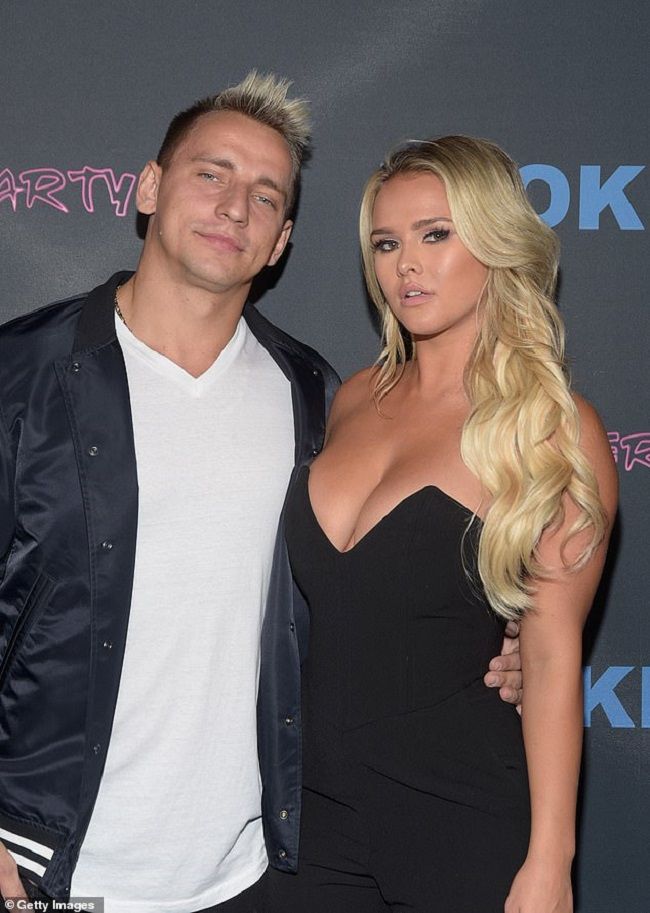 Zdorovetskiy has been involved in several controversies throughout his career. His first controversy came when he was arrested by the police for filming the Hitman Prank video. Then after that incident, he has been arrested several times. In 2014 he was arrested in 2014 FIFA World Cup Final for invading the football match between Germany and Argentina. 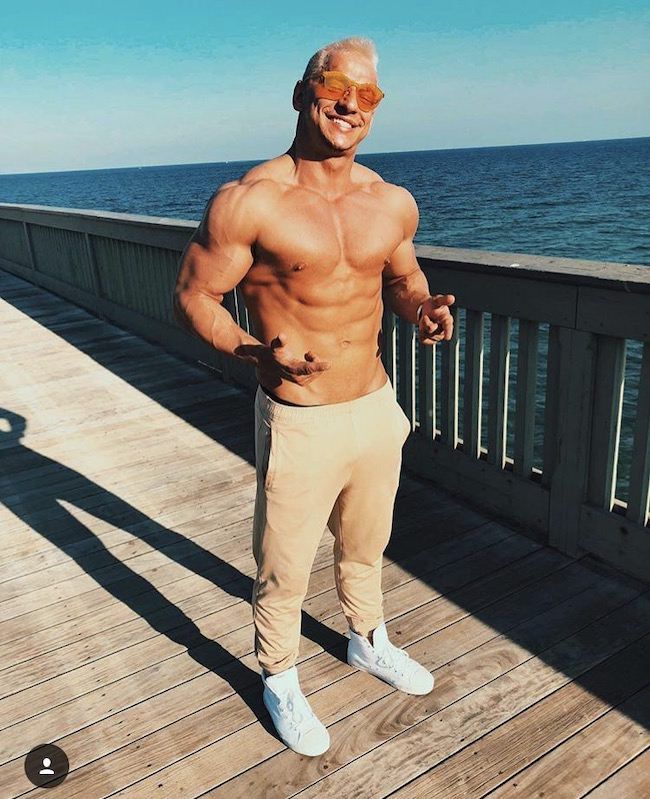 Keemstar has Green eyes with light brown hair color. Moreover, he has a height of 5 feet 11 inches (1.80m) tall and has a weight of 88 kg (194 lbs). There is no information regarding his waist, chest, or hip measurement, and has an athletic body type.