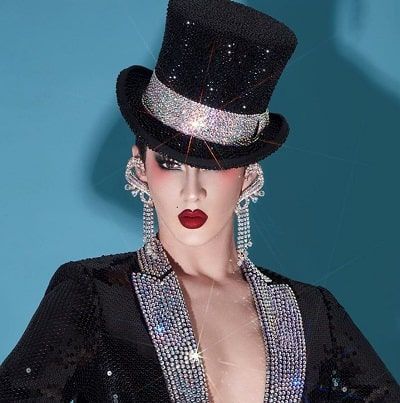 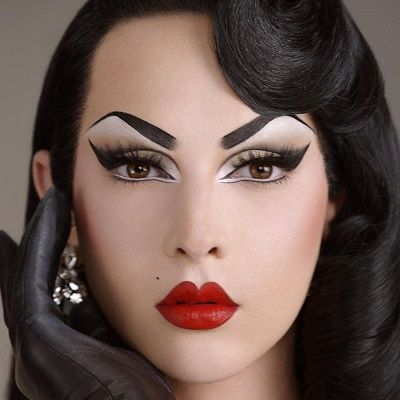 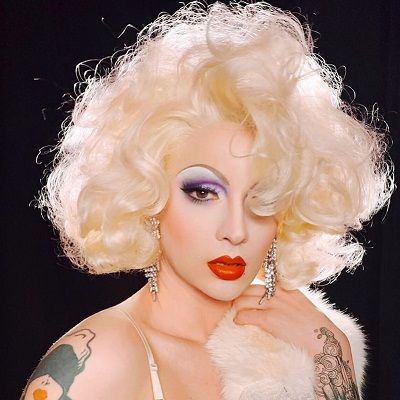 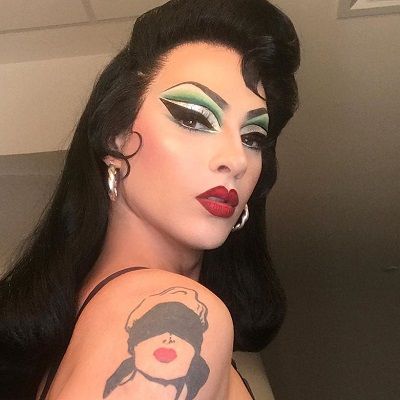 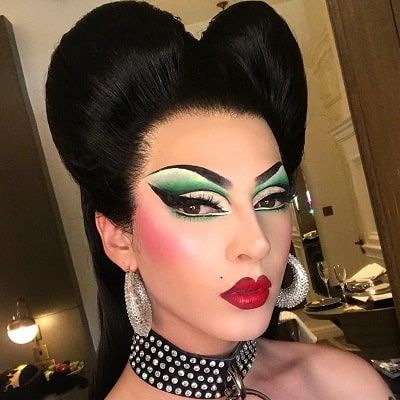 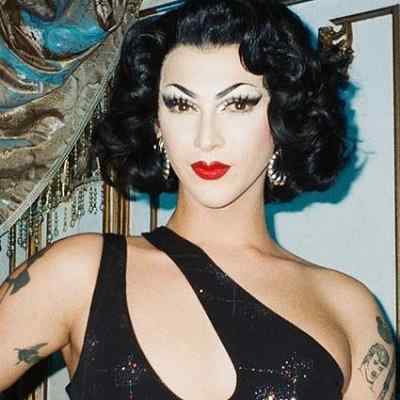 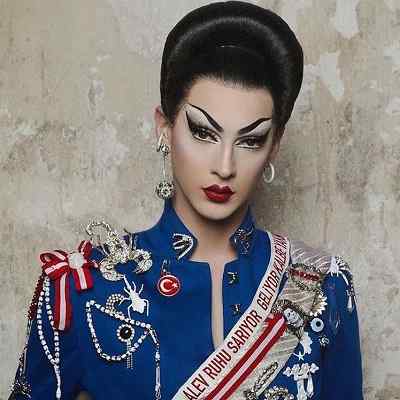 Violet Chachki is an American drag queen, model, burlesque dancer, and a singer. Violet Chachki is the winner of Season 8 of “Rupaul’s Drag Race” and they have also won several other shows. As a singer, their albums include “Bettie” and “Gagged” among others.

Violet Chachki is Paul Jason Dardo’s stage name. Born on 13 June 1992 and is currently 28 years old. Likewise, Violet is originally from Atlanta, Georgia. They are half Ecuadorian and their zodiac sign is Gemini. Paul Jason Dardo started performing in drag as Violet Chachki at the young age of 19.

Jennifer Tilly’s character in the film Bound inspired the name “Violet” whereas “Chachki” is a variant of the Yiddish word tchotchke. It is a small object used mostly for decorations. Talking about Violet’s education, they enrolled at the Savannah College of Art and Design at the Atlanta campus. They went for fashion design but later dropped out to focus on drag.

Although there is no information regarding Violet’s biological family, there is information about their drag family. Their dag mothers are Genre Monster and Dax Exclamationpoint, a Season 8 contestant. Likewise, their drag sister is Brigitte Bidet.

Professionally, Violet Chachki is a drag queen, model, and burlesque dancer, as well as a singer. They first performed at the bar LeBuzz in Marietta, Georgia. Back then, Violet used a fake ID to perform in local drag shows. Hence, they eventually won Miss New Faces at Friends on Ponce in Atlanta. After this, the drag queen and Drag Race Season 8 contestant, Dax ExclamationPoint (Dax Martin) adopted Violet as her “drag daughter”.

Later on, Violet Chachki became a regular cast member of The Other Show at the bar Jungle, also in Atlanta. This gave Violet exposure locally and also allowed them to perform with Drag Race Season 5 contestant Alaska Thunderfuck 5000, Amanda Lepore, and Lady Bunny.

Similarly, in the year 2013, Violet was photographed for Legendary Children. This project focused on Atlanta’s drag scene and the photographer exhibited the project at Gallery 1526. There were two photos that featured Violet’s genitals and gaff. Gaff is an undergarment used to conceal male genitals when in drag. However, these photos were covered up after complaints.

Later, this very censorship controversy also caught the attention of Vice, the Canadian-American print magazine. Then in the year 2014, Violet appeared on the cover for the single Cosplay by Captain Murphy (a.k.a. Flying Lotus). Violet also appeared in a commercial for the single on Adult Swim. 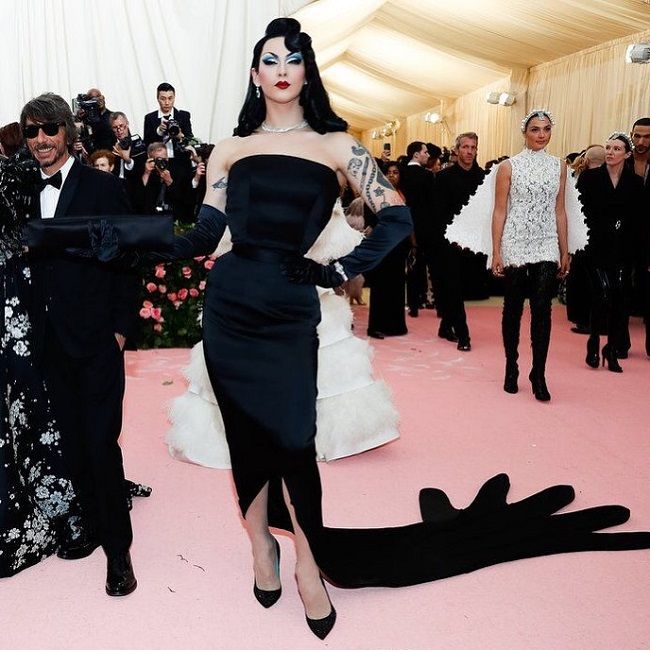 Violet also participated in the 7th season of RuPaul’s Drag Race. They auditioned for the 6th season too, but was unsuccessful. On this show, Violet excelled in fashion and design-related challenges. Their challenges focused on aesthetics and confident demeanor. On 1 June 2015 Violet won the competition receiving a cash prize of $100,000. Violet Chachki is also popular for burlesque performances and aerial work. This includes aerial silk and aerial hoop.

Then in January 2017, Violet joined The Art of Teese. Its a neo-burlesque show headlined by Dita Von Teese. Moreover, in November 2017, Violet became the first drag queen in a major lingerie ad campaign. It was for Bettie Page Lingerie. In January 2018, they also walked for Moschino in their Fall 2018 Collection. It was organized at Milan Fashion Week.

Likewise, in May 2019, Violet attended the Met Gala, where the theme was Camp: Notes on Fashion. For this event, Violet wore a glove-shaped Moschino dress that Jeremy Scott altered. Moreover, in the same year, Violet teamed up with perfume brand Hectic Parfum to release the perfume “Dirty Violet”.

Violet was initially unpopular amongst the other Season 7 contestants. It was due to her snobbish attitude. Due to this, they were frequently picked last for team challenges. Violet had some struggle with acting, and comedy challenges but always was close to winning or actually won fashion, and performative challenges. We can see it in Episode 2, Glamazonian Airways, in which Violet became one of the Top 3.

Just like the drag queen Ginger Minj, Violet also won 3 main challenges. They were in Episode 1 “Born Naked”, Episode 10 “Prancing Queens” where Violet teamed with Katya, and in Episode 11 “Hello, Kitty Girls!”. Moreover, Violet was the only one who didn’t have to compete in a lip-sync not to be eliminated during Season 7. These facts, her eye-catching looks, and unshakeable confidence made Violet Chachki become the 7th crowned “America’s Next Drag Superstar”. 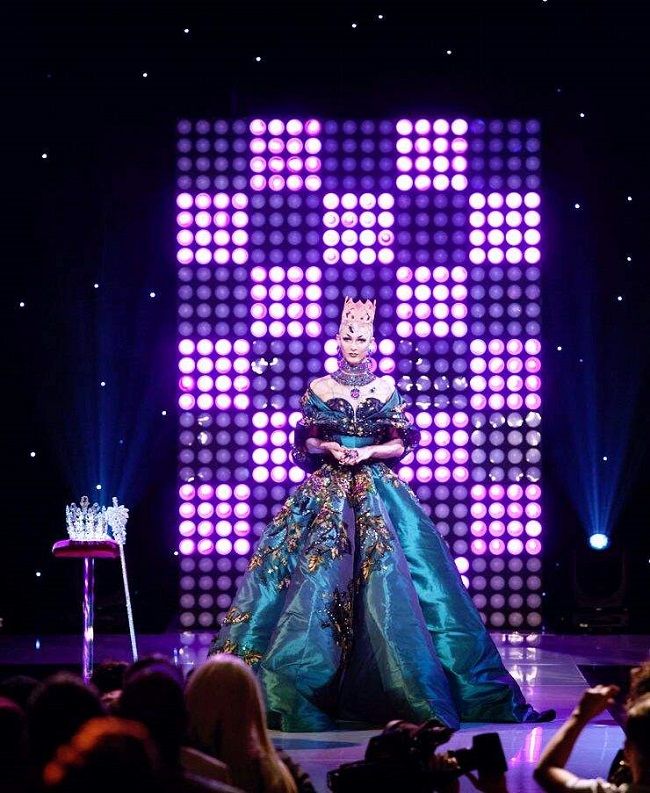 Caption: Violet Chachki appearing in the Season 8 final of Rupaul’s Drag Race as the crown bearer of season 7. Source: Amino

Additionally, Violet Chachki’s style characterizes her obsession with vintage glamor. They have also been referred to as the living embodiment of a 1950s female archetype. Violet has cited designers Christian Dior, Thierry Mugler, and John Galliano as inspirations. Likewise, Violet has also referred to the style icons like Lady Miss Kier, Dovima, Dita Von Teese, and Raquel Welch as inspirations.

Violet Chachki a.k.a. Paul Jason Dardo is most probably single at present. They have not shared any information regarding this issue and also haven’t shared social media posts that might indicate their current affairs or relationships. Moreover, Paul Jason identifies as genderqueer and doesn’t mind if people call him “Violet” when out of drag. 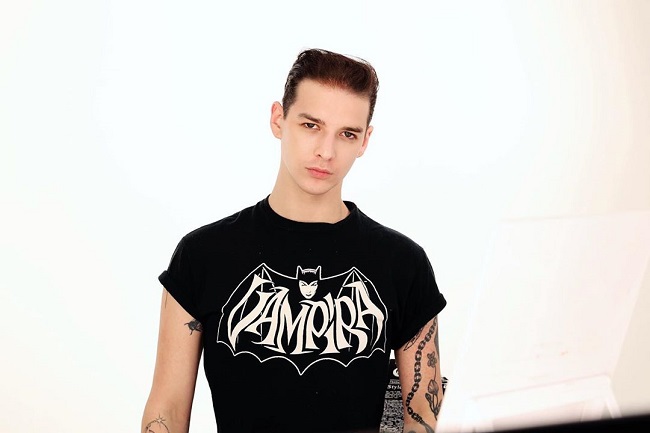 Violet Chachki stands tall at a height of 1.85 meters or 6 feet 1 inch and weighs around 68 kgs. Likewise, Violet has

Talking about Violet’s social media presence, they joined Twitter in December 2012 and so far has over 280.9k followers. Likewise, their self-titled Instagram handle boasts 1,731 posts shares and 1.8 million followers at the time of writing this biography. Violet also has her own Facebook account with over 24.3k followers.

Further, Violet also has a self-titled Youtube channel. They have earned 14,146,387 views and 200K subscribers since its creation on 15 February 2012. This channel is all things entertaining and glamorous but also a bit of historical and educational. We can also contact Violet at [email protected] for more inquiries. Moving on, Violet has a net worth estimation of approximately $1 million to $5 million.