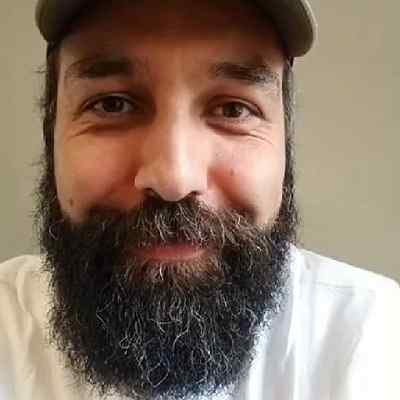 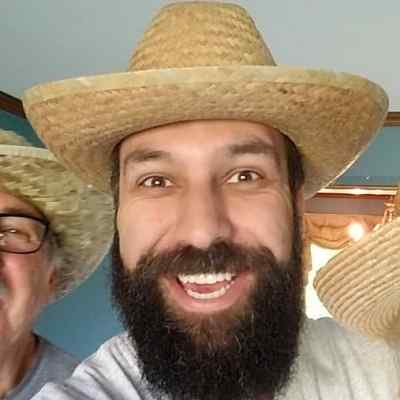 VintageBeef is a Portuguese-Canadian “Let’s Play” commentator on YouTube. VintageBeef is a member of the Mind Crack server. He plays games such as Minecraft, Destiny, and Grand Theft Auto. Likewise, he has also created a popular series called Steve vs. Steve on his channel “VintageBeef”.

VintageBeef was born in  Toronto, Ontario, Canada, on August 26, 1981. He is 39 years old and is under the birth sign, Virgo. He holds Canadian nationality. His real name is Daniel “Dan” M. Likewise, he currently lives in Barrie, Ontario, Canada. Daniel is of Portuguese descent.

The name and information about Daniel’s parents are not available at the moment. However, it is known that he has a sister who is 5.5 years younger than himself but her name is unknown as well. Moreover, his parents come from near Lisbon, Portugal, and speak Portuguese at home. Daniel is the owner of two dogs, an English Bulldog whose name is Bubba since June 2013 and a French Bulldog whose name is Daisy since 17 August 2015. Likewise, prior to owning Bubba, his first dog was a female Pitbull named Angel, and his second was a male Rottweiler named Bailey.

Regarding Daniels’ educational background and qualification, he attended Portuguese school until he was 12, in addition to his regular schooling. Then, he attended the University of Windsor but later transferred to the University of Toronto after one year. Daniel graduated with a degree in sociology, which he says he has put to zero use. 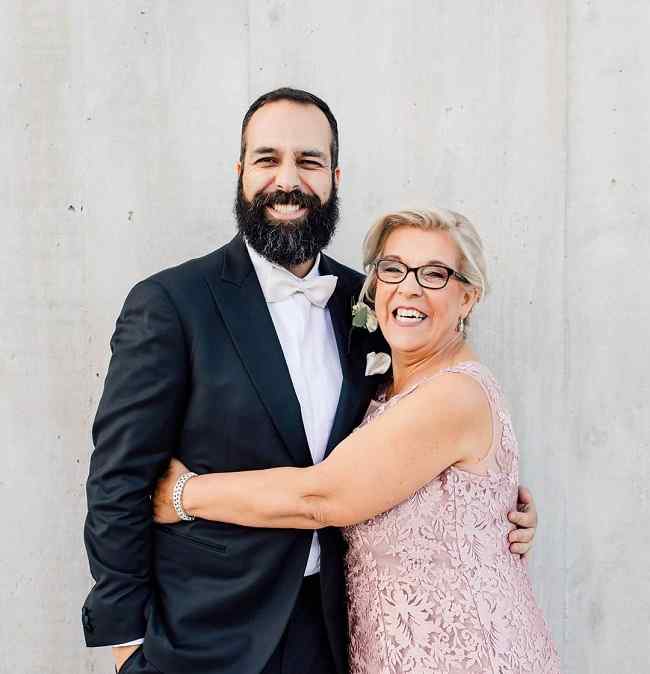 VintageBeef was previously a used-car photographer and has also worked as a butcher. Later he started his Youtube channel with a single-player hardcore Let’s Play of Minecraft. He had been a longtime fan of Guude. And upon the announcement of the second contest for entry into the Mindcrack server he submitted a video showing off a museum of various Mindcrack references and builds. This was his second attempt and on the tenth of May 2011, Daniel began his Let’s Play on Mindcrack. And, around this time, he even started a play-through of the game LIMBO and his original Minecraft Let’s play ended, stopping at thirty-four episodes.

Daniel was initiated into the Mindcrack Prank Wars by davmandave and Kennedyzak. It was the time when they built an assortment of noise machines under his house. And, since then, he has actively set up pranks against other players and retaliated against ones set up for him.

Likewise, Team Canada was formed through the Prank Wars, when he and Etho helped PauseUnpause set up a prank for Guude. The three have done various collaborations, including Minecraft CTMs, Don’t Starve and ARK Survival Evolved as well. For a time, the only videos Daniel posted on his channel were episodes of his Let’s Play on the Mindcrack server, which began its second season (third for Guude) after the 1.8 maps reset.\

He then started one of his largest builds in Minecraft soon after, a replica of Hunyad Castle, a near six-hundred-year-old castle in Hunedoara, Romania. He began another hardcore Minecraft Let’s Play, which ended shortly after thirteenth episodes, and also began a play-through of Skyrim. Moreover, after the completion of Vinyl Fantasy, a complete-the-monument map done with PauseUnpause, Daniel participated in the first Ultra Hardcore.

Likewise, commonly abbreviated as UHC, the first featured himself, Guude, PauseUnpause, and W92Baj, which would eventually form Team Nancy Drew. The four have done a variety of collaborations, such as Shoot Many Robots, Chivalry: Medieval Warfare, and various Minecraft adventure maps as well. And, after the first UHC, Daniel soon started a play-through of Left 4 Dead 2 with PauseUnpause, W92Baj, and Millbee.

With PauseUnpause in particular, he played Resident Evil: Operation Raccoon City, Tom Clancy’s Splinter Cell: Conviction and several Minecraft adventure maps, the latest being From Ashes. In addition to these games, he has also played Journey and Rayman Origins; later, he plays Bastion, Sleeping Dogs (and its DLCs), and Red Dead Redemption.

Moreover, around early November 2012, Guude decided to start a new Mindcrack server specifically for Feed the Beast: Mindcrack mod pack. And, he was also present for the unveiling, along with the rest of Team Nancy Drew. Likewise, he planned to build a cannery for zombie flesh, but after a map reset (and a subsequent start of a new season). He then decided instead to build a zoo that was planned to eventually house animals and mobs that Feed the Beast introduced, he eventually went back to the cannery as a side project.

Furthermore, on the new vanilla Mindcrack server, Daniel has decided to build a gargantuan sea fortress 1500 blocks away from spawn, the “lily pad” (as he has nicknamed it) is going to be split into several sections (one for Beef’s tree farm, one for animals, etc). And, it has also been hinted at that the “lily pad” may have other “pads” sprouting from it for other purposes.

And, apart from first-person shooters, survival, and action-adventure video games, Daniel has also played racing games such as Forza Horizon F1 2012, which he played with kurtjmac and lately Grid 2. Also, in addition to his currently ongoing Minecraft series, he has also recently played (and finished) Fable 3, and Guacamelee!.

Furthermore, although he is a fan of “The Apprentice”, he says he would not support Donald Trump in his 2016 presidential campaign. And, he also says Bernie Sanders is the candidate he associates with most. 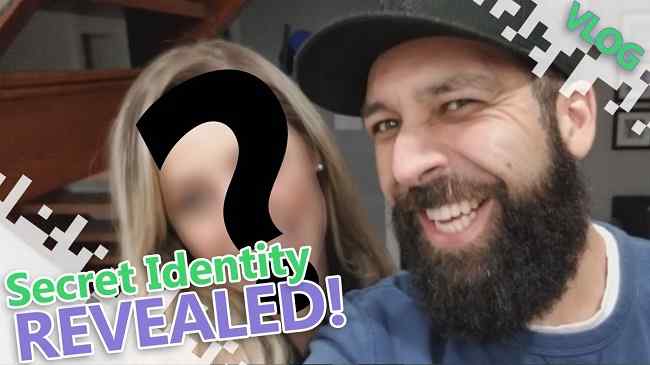 VintageBeef was previously in a romantic relationship with Tawnee Blakely. He mentioned on 3 August 2014 that the two were dating.  She also featured in his ALS ice bucket challenge video on 19 August. Without specifically naming Tawnee, Daniel said in a video on 4 November 2014, “I had been seeing this girl for a little while, and I won’t go into detail, but she kinda broke the old ticker a few times. I kept coming back for more because I’m a glutton for punishment apparently”, concluding “the good news is that it’s all over now”.

Furthermore, he was also in a relationship with model and makeup artist Sara Tyler Tyson, since 14 November 2014. Sara has featured regularly in Beef’s Pocket Pixels Pixelmon series. Moreover, while Beef was ill, Sara recorded a special unnumbered episode of Pixelmon by herself. A popular request from viewers was for Sara to began her own Let’s Play. However, the pair broke up in May 2017.

Daniel then as in a relationship with a girl whose name is Kristin. They got engaged to Kristin on 29 January 2019 and now they are married. He often share pictures along with his wife on his Instagram page. Both of them seem to be very happy with each other. 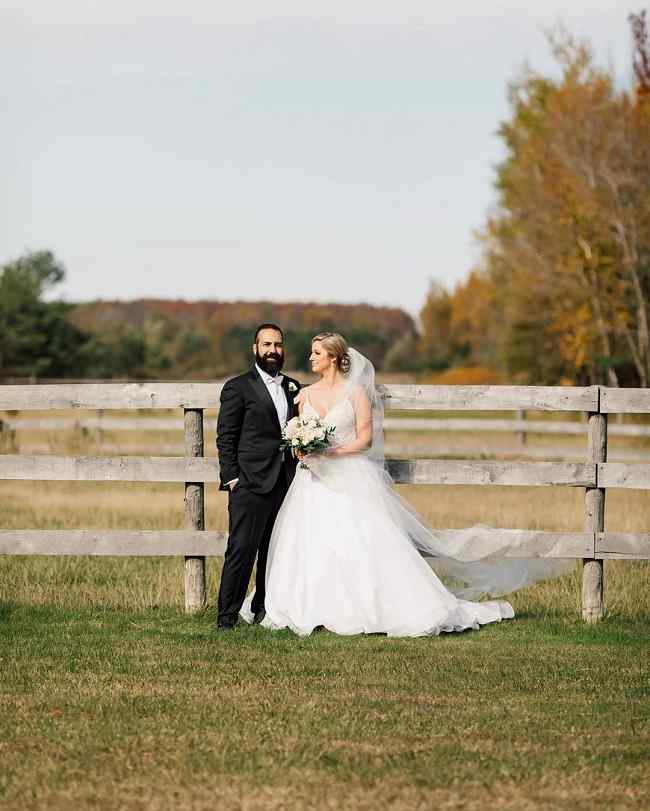 The body measurements of VintageBeef such as height, weight, chest size, waist size, hip size, and other sizes are not available at the moment. And all of those measurements of him are still under review. Moreover, he has black hair, a black beard, and dark brown eyes.

VintageBeef is pretty active on all of his social accounts. He has mustered 1.51 million subscribers on Youtube and 32.8K followers on Instagram. Likewise, he has 188.7K followers on Twitter and 503K followers on Facebook.

Talking about his earnings and income, he has a net worth of $390K. His main income source is Youtube. Likewise, Daniel has published 5,923 videos which all together add up to more than 509.8 million views.