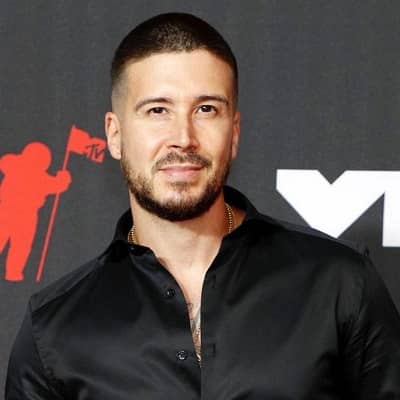 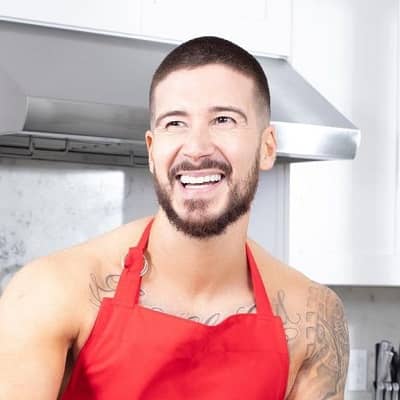 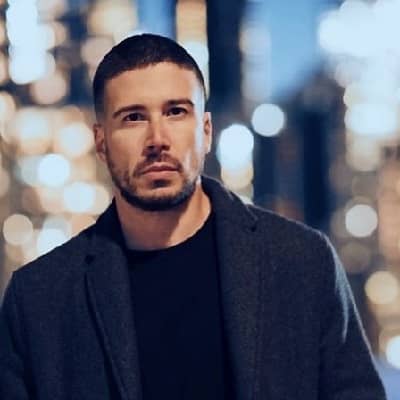 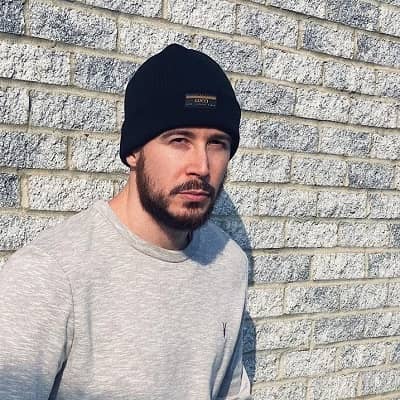 Vinny Guadagnino was born on 11 November 1987 and he is currently 34 years old. He grew up in Staten Island, New York, and his zodiac sign is Scorpio. Likewise, his full name is Vincent Joseph Guadagnino. Talking about his family, his mother’s name is Paula Guadagnino and she is originally from Sicily, Italy.

At the young age of 13 years old, his mother immigrated to the United States. Therefore, this person belongs to a traditional Italian-American family. Regarding his educational journey, he attended Susan E. Wagner High School. For his higher education, he went to the College of Staten Island. 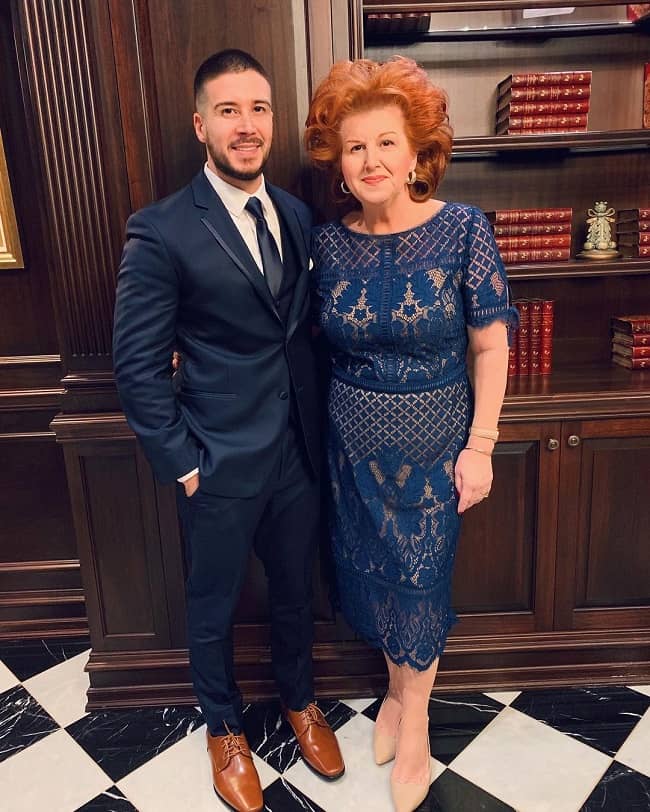 Caption: Vinny Guadagnino posing for a photo with his mother. Source: Instagram

Professionally, Vinny Guadagnino is a reality TV star. Also, he was previously a member of the starting cast of Jersey Shore. We can see him in all six seasons of the aforementioned show from 2009 to 2012. In this show’s 4th season, his family’s farm is shown during one of its episodes.

After the completion of Jersey Shore, this personality started taking acting classes. He also made a guest appearance in the comedy series The Hard Times of RJ Berger. For this project, he portrayed the character of RJ’s cousin. In the 8th November 2011 episode of 90210, the actor starred in a small role. He reprised the said role once again in the episode O Holly Night. Moreover, this actor also starred in Jersey Shore Shark Attack.

Additionally, he also had his own talk show on MTV starting in May 2013. It is called The Show with Vinny which featured celebrities at his own home. These guest celebrities talked and had dinner with the actor and his family.

Furthermore, he appeared in Vinny & Ma Eat America alongside his mother. Then in the year 2018, the actor worked together with most of his original Jersey Shore castmates once again. This time, they came together for a reboot of the series Jersey Shore: Family Vacation. The 1st and 2nd seasons aired in the year 2018 whereas the 3rd one aired in 2019. 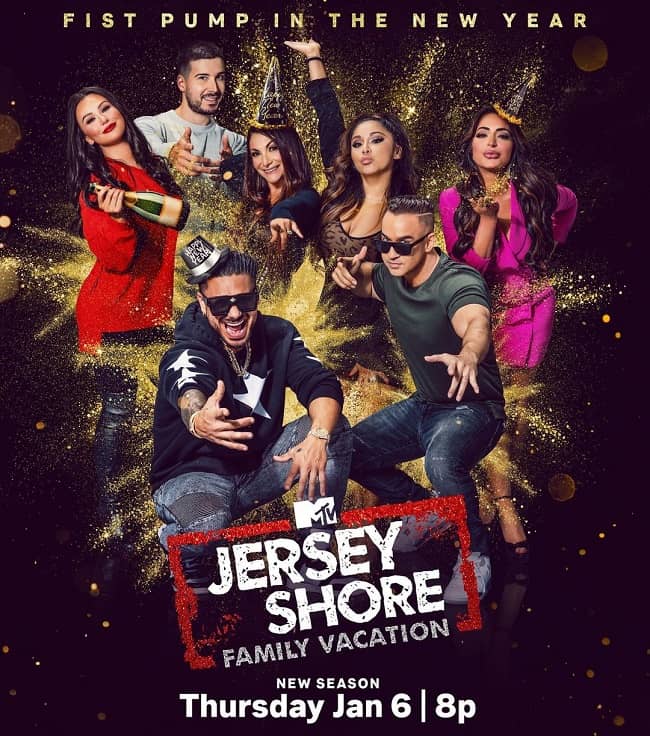 From April 2019, this actor started working together with Pauly D in Double Shot at Love. Then on 26 April the same year, he began a one-month-long residency where he performed as guest host. It was for Chippendales at the Rio Hotel & Casino located in Las Vegas. Then recently in 2021, the actor competed on The Masked Singer spin-off The Masked Dancer. He performed as “Hammerhead”. Unfortunately, he got eliminated in the 6th spot. It was during the Battle of the Super Six.

Besides acting, he is also popular for his philanthropic activities. He launched IHAV (“I Have a Vision”). IHAV is a clothing brand with the message Fuck Bullies started in the year 2011. He donates the proceeds from this brand to the charity Do Something. The charity utilized the funds for anti-bullying projects and programs.

Moreover, the actor is also an avid supporter of the animal rescue organization “Much Love”. For this organization, he recently participated in a charity auction. Additionally, this actor supports gay rights, was a presenter at the GLAAD Awards, as well as took part in the NOH8 Campaign.

Furthermore, the reality star is the co-writer of Control The Crazy: My Plan To Stop Stressing, Avoid Drama, and Maintain Inner Cool. This book’s co-writer is Samantha Rose. Similarly, he launched a new clothing brand Name Brand NYC in the year 2018. 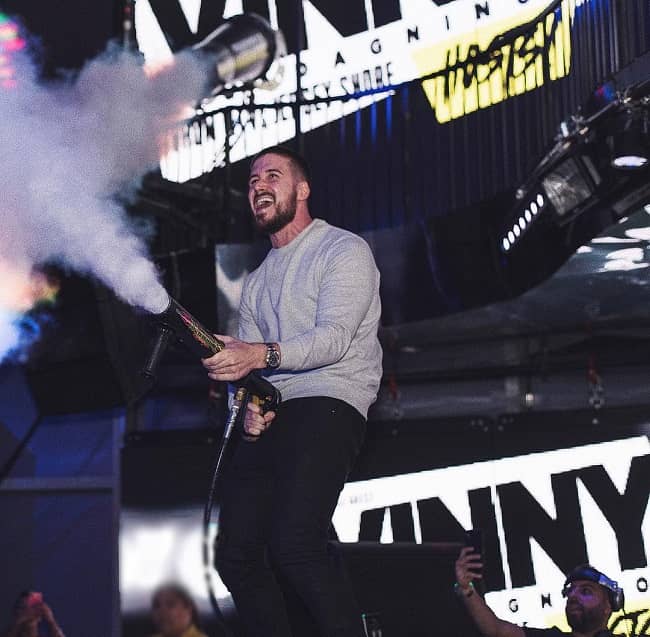 Vinny Guadagnino has not shared any news or social media posts related to his love life. Therefore, we can only assume that he might be single at present. Or the reality personality might as well be an expert at keeping his personal matters away from the prying eyes of the media and public. Nevertheless, he was previously in a romantic relationship with Melanie Iglesias, the winner of Maxim’s Hometown Hotties in 2010.

Vinny Guadagnino stands tall at an approximate height of 5 feet 7.5 inches or 1.71 meters. Likewise, the popular actor has a bodyweight of around 150 lbs or 68 kg. Besides these, there aren’t other details regarding this reality star’s body measurements like his chest-waist-hip measures, biceps, dress size, etc. Moreover, the popular American actor has dark brown eyes and hair of the same color.

Moreover, the actor is also a keto diet advocate. By using it himself, the actor has lost 50 pounds. Additionally, the Men’s Health Magazine has featured this actor multiple times. 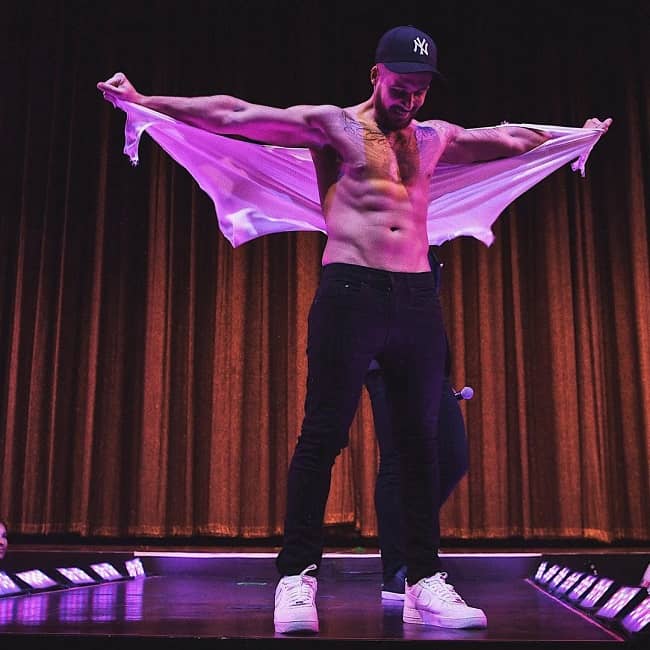 Caption: Vinny Guadagnino during a performance in Chippendales. Source: Instagram

Also, he goes by @vinnyguadagnino on Tiktok where he has over 2.5 million followers. He joined Youtube on January 3, 2020, and so far has over 373.5k views and 1.9K subscribers as of December 2021. Additionally, he has over 2.9 million followers on his Facebook page. Similarly, we can contact him at [email protected] for business inquiries. Moving on, this popular actor has a net worth of around $5 million US dollars.