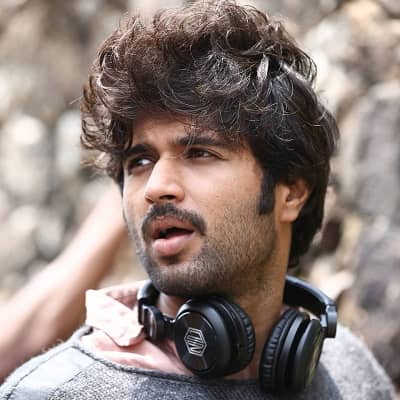 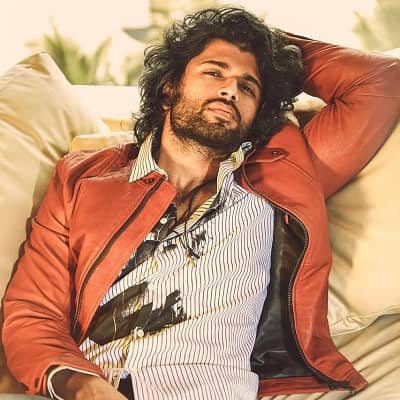 Vijay Devarakonda is a popular Indian movie actor who was present in several Telugu films. Vijay Devarakonda gained popularity after appearing in one of the famous movies “Pelli Choopulu” in the year 2016 for which he has also gained various awards, adding Filmfare Award South.

Vijay Ddevarakonda was born on 9th May 1989, in Achapet, Nagarkurnool district, Telangana, India. The actor’s full name is Vijay Sai Devarakonda. As of 2021, Vijay’s age must be thirty-one years old and his star sign is Taurus. Similarly, Vijay Devarakonda holds an Indian nationality and follows the Hindu religion. The name of the actor’s parents is father, Goverdhan Rao Devarakonda, and mother, Madhavi Devarakonda. Vijay’s father is a former TV serial director whereas his mother was a soft skills tutor.

In fact, the actor also has a younger brother whose name is Anand Deverakonda. Anand Deverakonda is also a talented actor just like Vijay. Regarding the actor’s educational background, Vijay Devarakonda went to Sri Sathya Sai Higher Secondary School Puttaparthi which is in Ananthapur District, Andhra Pradesh for his schooling. After that, Vijay went to Little Flower Junior School in Hyderabad. Likewise, Vijay went to Badruka College of Commerce in Hyderabad from where Vijay got a B.com degree. 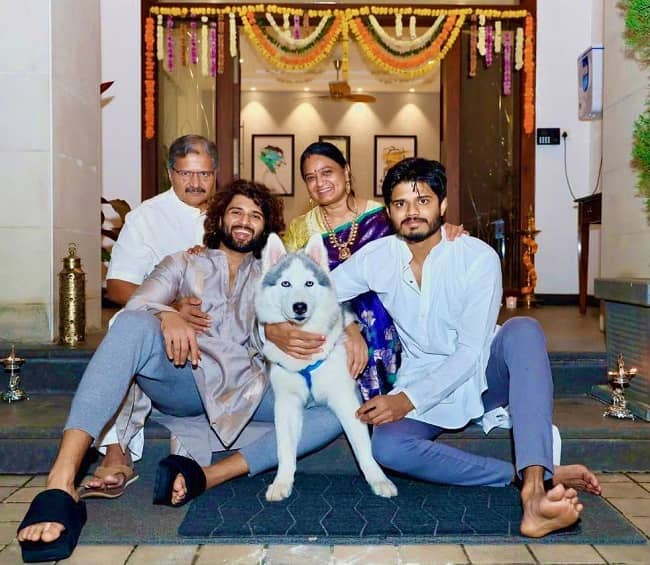 The actor was present for the first time on screen together in the director, Ravi Babu’s romantic comedy film “Nuvvila” in the year 201. After that, Vijay got a minor role in Sekhar Kammula’s “Life is Beautiful”. Both movies turned out to be successful however wasn’t enough to help Deverakonda achieved more popularity. After that, Nag Ashwin got to meet the actor and he even took him for a supporting role in the movie “Yevade Subramanyam” together with the actor Nani in the year 2015. The producers of the same movie were the daughters of Ashwini Dutt who is a producer in the Telugu entertainment industry.

Luckily, the film turned out to become a critical and commercial success which also helped him to gain some praise for his hard works and his skills which he showed in the movie. Then, the actor finally got a chance to act as a lead character in the romantic film “Pelli Choopulu” whose director was Tharun Bhascker Dhaassyam. The movie also turned out to become commercially successful. Also, the same movie helped Vijay to become the winner of the Best Feature Film in Telugu and also the Filmfare Award for Best Film – Telugu at the 64th National Film Awards.

In the year 2017, Vijay was present in the masala movie, “Dwaraka”. After that, he was present in “Arjun Reddy” which made Vijay gain more praises and more successful. In the same movie, the actor’s character was as self-destructive, short-tempered, and also an alcoholic surgeon. After showing his amazing skills in the movie, Vijay again won several awards such as the Filmfare Award for Best Actor – Telugu. In the year 2019, Film Companion kept the actor in “100 Greatest Performances of the Decade” after watching his movie “Arjun Reddy”.

Likewise, the actor was present in “Ye Mantram Vesave”, which was set to be out in 2013 however it was out in the year 2018. Then he was present in the biographical movie “Mahanati”. In the year 2018, the actor came up with Geetha Arts’ romantic comedy film “Geetha Govindam”. There his character was as an innocent and nervous college professor. On 5th October, the actors came up with the Tamil political thriller film “NOTA” whose director was Anand Shankar. However, the film was not a success. Then, Vijay’s other project was UV Creations’ supernatural comedy thriller “Taxiwala”.

Moreover, the actor was present in Bharat Kamma’s romantic action movie “Dear Comrade”, together with Rashmika Mandanna in the year 2019. The romantic movie was a hit was also in the no. 1 trending on YouTube. After that, Vijay made a deal for the movie “Hero” together with Malavika Mohanan whose director was Anand Annamalai. However, the movie was allegedly put back after starting its production. In the year 2020, the actor was present in Kranthi Madhav’s romantic drama “World Famous Lover ” together with other artists such as Rashi Khanna, Aishwarya Rajesh, Catherine Tresa, and also Izabelle Leite.

As of now, the actor is working on another Hindi–Telugu bilingual movie “Liger” which is released on 9th September 2021. The director of the movie is Puri Jagannadh and its producer is Karan Johar. Furthermore, the actor was the brand ambassador of Zomato which is a food delivery app. Vijay formed his fashion brand “Rowdy Wear” on Myntra on 11th February 2020. The actor is also the founder of The Deverakonda Foundation. It is a nonprofit organization that was founded in April 2019. 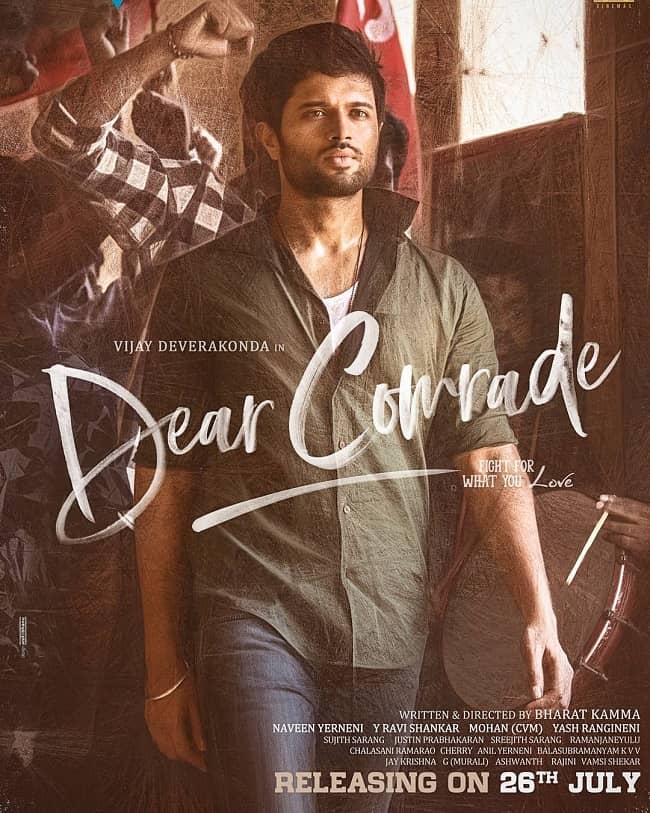 Vijay had a net worth of Rs. 4 crores. Vijay’s primary source of income is from his career as a singer, and also as an actor. He also gets some fortune from several sponsors which he has been getting from various brands. Moreover, the actor has contributed a good amount of funds as a donation, such as a donation for the victims of the Pulwama attack in the year 2019. Likewise, Vijay gave a donation of ₹24,000 from the Foundation to support Ganesh Ambari, a kickboxer who is the winner of the Vaco Indian Open International Kick-boxing Championship Title 2020. in early 2020.

According to some of the reports, the actor was in a romantic relationship with the actress, Ritu Varma. However, there is not a single piece of information about Vijay’s relationship status or any girlfriends to this day. It seems like the star is busy making his acting career more successful. Moreover, as an actor, it is a very hard thing to find themselves a perfect partner as actors are made for acting in various movies with various other female leads. This is often the main reason for various celebrities’ unsuccessful relationships. 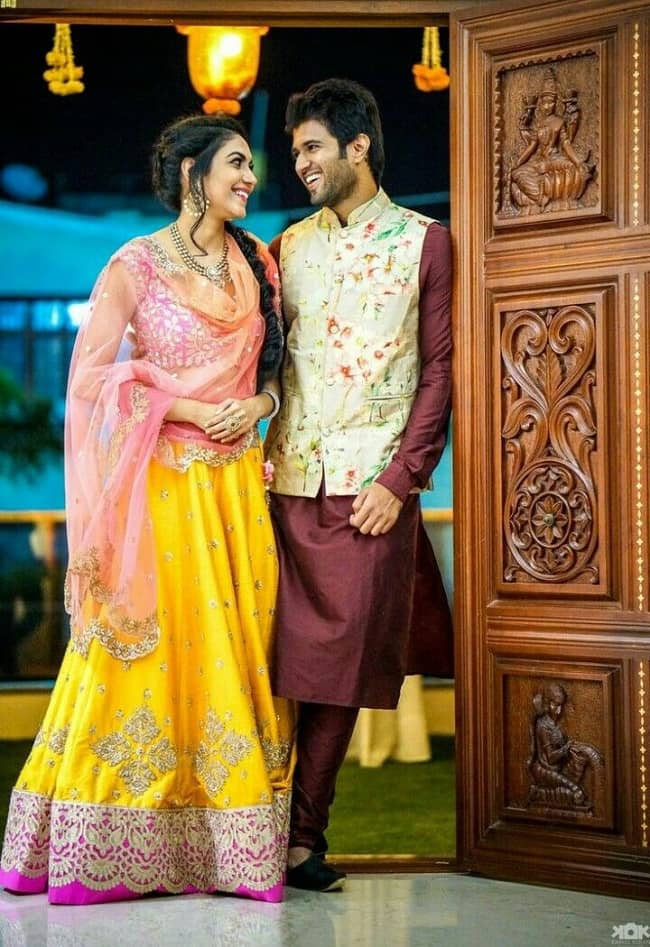 Regarding the actor’s body measurement, Vijay has a good height of 5 feet 9 inches or else 175 cm or 1.75 m. Deverakonda also has an average body weight of around 59 kg or 130 lbs. Likewise, the size of Vijay’s biceps is 14 inches and he wears a shoe size of 8 (US). The body measurements of Vijay Deverakonda are 37-28-35 inches. Furthermore, the actor has a pair of black eyes with black hair. Being an actor, Vijay obviously has a muscular body type with a dashing and handsome personality.

Talking about the actor’s presence on the social media platforms, Vijay Deverakonda is quite active there. Vijay has an Instagram account where he has gained 11.2 million. On his Twitter account, he has 2.2 million followers. Likewise, the actor has a Facebook page where he has already gained 7.6 million followers as of April 2021. Being an actor, it has been easy for him to gain millions of followers on social media platforms. Also, Vijay Deverakonda’s social media accounts are full of his works and his family’s images as well.