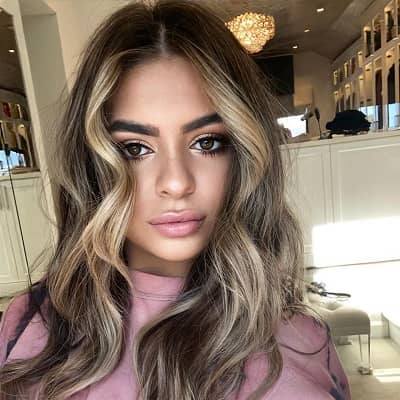 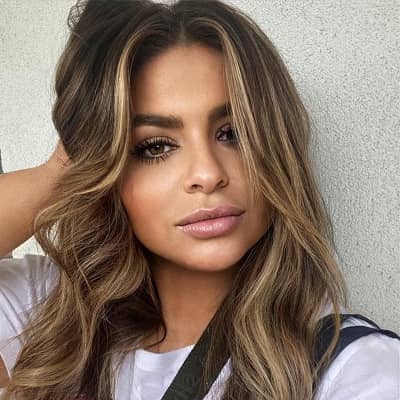 Victoria Caputo is a famous American reality tv star. Victoria Caputo is widely famous for her appearances on the TLC show Long Island Medium. She is also famous as the daughter of American television actor, former businessperson, and hockey player Larry Caputo.

Victoria Caputo stepped into this world on September 27, 1994, in Long Island, New York. She is 27 years old and her zodiac sign is Libra.

She was born into a caucasian family. Further, she is the youngest child born to parents Larry and Theresa. Likewise, she has an older brother named Larry Jr in her family.

From a religious point of view, her family and follow Christianity. 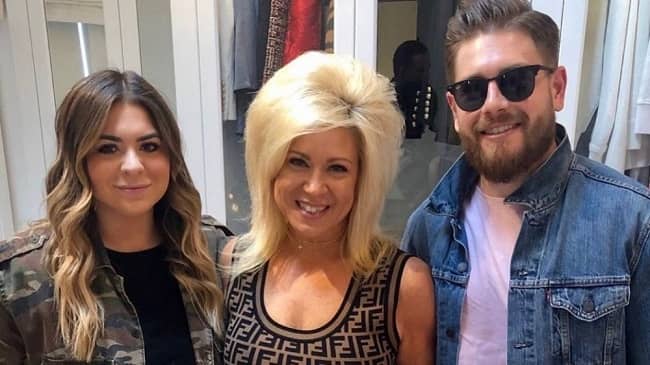 Caption: Victoria Caputo with her mother and brother(source: Instagram)

Moving into the educational background, she completed her school-level education at the Hicksville High School. After high school, she joined Southern Connecticut State University.

After appearing in LIM, she dropped out of college. She began participating in gymnastics at the age of six.

Further, She went on to compete as a level 9 competitor with Gold Medal Gymnastics, concentrating in the vault, bars, and beam events.

Later, she competed for her college team, admitting that she was lured to the institution because of its program and coaching staff. After that, she enrolled in beauty school at the Cactus Academy of Paul Mitchell.

Victoria Caputo is a famous American reality tv star. She is widely famous for her appearances on the TLC show Long Island Medium.

She started her career with MAC Cometic. She began working at SALON ENTOURAGE in 2019, and subsequently at Escape Hair Lounge in January 2020.

When she was six years old, she began gymnastics. She and her brother Larry Caputo Jr. star in “Long Island Medium.”

She began working at Escape Hair Lounge in January 2020. She created a great career as a social media celebrity in addition to a lucrative career in the beauty industry.

Her large social media following got her a sponsored post from the care of. She promoted the product to her followers in order to assist them to live better lives.

Similarly, she is active in social media with more than 405k followers on Instagram and 94.7k thousand followers on Twitter. 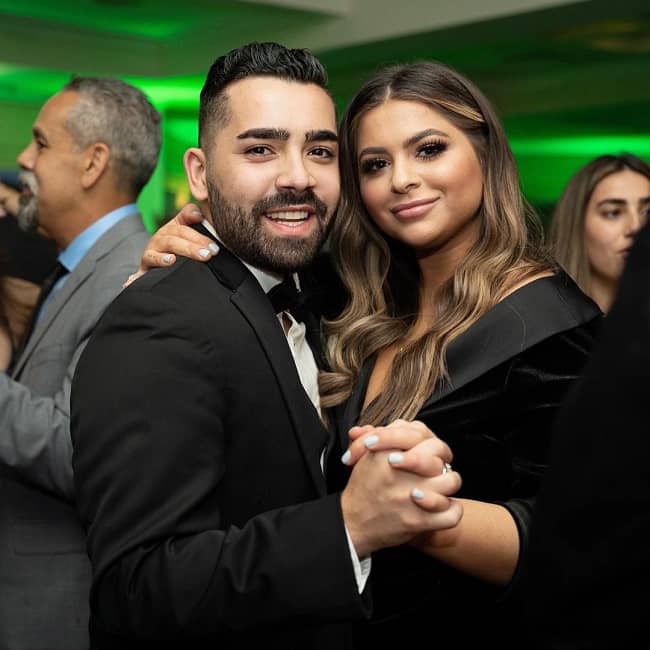 Moving into the relationship status, Victoria Caputo is a married woman and her sexual orientation is straight.

She recently married her long-term boyfriend Michael Mastrandrea on 22 May 2021. In fact, The newly married couple completed their marriage ceremony in Hicksville, New York.

Moreover, Caputo and Micheal started their relation back in 2017, they got engaged in 2019.

Larry Caputo and Theresa Caputo, her parents, documented their finest moments as a married couple. On September 16th, 1989, the two were married in a modest and private ceremony attended by intimate friends, relatives, and family.

Unfortunately, the couple filed for divorce on April 16th, 2018, after 29 years of marriage. Their disputes were the cause of their divorce, which resulted in a divorce settlement on December 18th, 2018.

Talking about body measurement, Victoria has a pretty well-shaped and well-maintained body. She has a height of 5 feet and 6 inches.

She has an average body type and an ideal body weight of 70 Kg or 154 Ibs. Her eyes are black, and her hair is a dark brown tone.

Other than this there is no information available revealing her body sizes and measurements like dress size, shoe sizes, chest-waist-hip, and others.

She has an estimated net worth of around $ 100 thousand as of 2021 whereas she earns almost $38,373 annually salary income. She