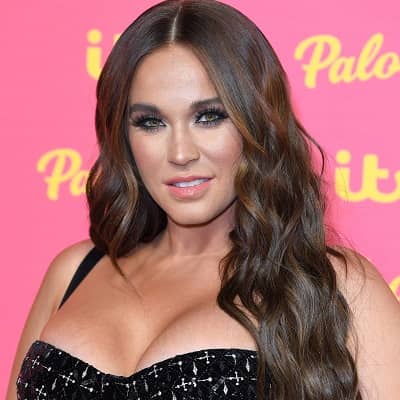 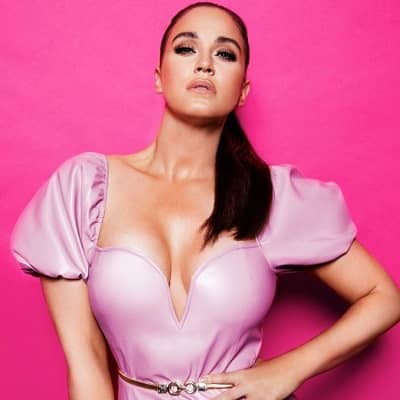 Vicky Pattison is an English television and media personality. Vicky Pattison is best recognized for appearing in the MTV shows Geordie Shore from 2011 until 2014, Ex on the Beach in 2014 and 2015, and her own show Judge Geordie in 2015.

Reflecting on the Geordie Shore star Vicky Pattison’s current relationship status, she is in a romantic relationship with Ercan Ramadan. He is also a reality star. The duo is dating each other since 2018. They isolated together during the time of the Global pandemic of Covid-19.

As reported in DailyMail, she has revealed she’s had her ‘fair share of bust-ups’ with boyfriend Ercan Ramadan, and also his breathing is irritating her in lockdown. She told MailOnline isolating with Ercan, is the biggest test of their relationship yet and she’s ruled out beginning a family with the property developer for the foreseeable future.

In a particular interview, she stated:

‘I’m so in love with him but oh my God, anybody isolating with a partner will completely sympathize with me. We are just rubbing each other up the wrong way.’

The couple is having a good time together, and she often keeps their pictures on her Instagram handle which looks extremely pure and adorable. 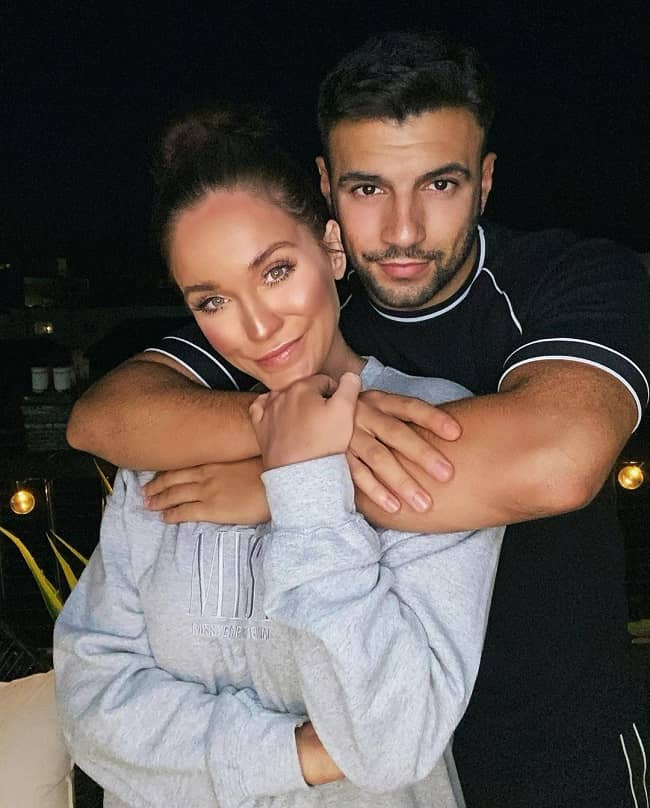 The Geordie Shore star has been linked to several stars throughout her career on reality shows.  Previosuly, she was engaged to English businessman John Noble. The duo started their affair in 2016 and got engaged in 2017. However, it ended.

After splitting from Ricci, Pattison went to Australia for a ‘Geordie Shore’ special and began dating her personal trainer Dan Conn. They dated until her living in Australia. In 2014, she started dating ice hockey player James Morgan. But, the relationship ended by the year-end as she feared that her career was suffering.

In 2015, Pattison partnered with Stephen Bear, her ‘Ex on the Beach’ co-star. However, the relationship over within a couple of months.

After Pattison split from Ricci in 2013, she turned to food to vent her frustration. She started gaining excess weight and became a size 16 figure. This thrilled her up emotionally. As a result, she embarked on a weight-loss mission. Within a year, She went back to her original size 6 figure. This change inspired her to launch her own weight loss and diet plan ‘Mini V.’ She even released a DVD—‘Vicky’s 7 Day Slim’ in December 2013.

Vicky Pattison is 32 years old. She was born on 16 November 1987, in Newcastle upon Tyne, Tyne & Wear, England. Her full name is Victoria Pattison. Her father’s name is John Pattison, and her mother’s name is Caroll Pattison. Similarly, she holds British nationality and her zodiac sign is Scorpio. She grew up with her sister named Laura Pattison.

Before gaining fame on Geordie Shore, she enjoyed drama in school.  Moreover, talking about her educational background, she holds a degree in Drama from Liverpool John Moores University. Likewise, She completed her A-levels and GCSEs from Burnside Business and Enterprise College. 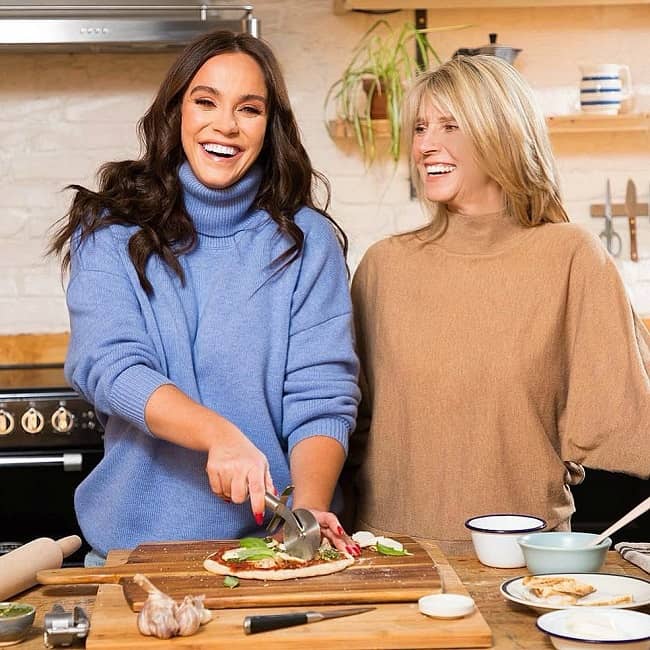 Caption: Vicky Pattison posing for a photo with her mother on the cooking show (Source: Instagram)

Pattison had a great turning point on her life after entering into the popular MTV show Geordie Shore. She appeared from 2011 to 2014 in the first series of the show. On the show, she had a short relationship with fellow co-star Jay Gardner.

After she rose fame on the show, she featured on the front cover of the magazine Loaded in October 2011 besides The Only Way Is Essex star Jess Wright and Made in Chelsea star Binky Felstead. Similarly, she has also featured in the magazine Nuts with fellow Geordie Shore star Holly Hagan.

Pattison started a turbulent on/off relationship with new cast member Ricci Guarnaccio in the second series of the show. She alongside her former cast member Rebecca Walker was shown not to get on with each other, leading to constant opposition in the Geordie Shore house.  Likewise, she found herself in Cancun, Mexico during the third series where during filming, Guarnaccio proposed to her.

For the fifth series, she declares her engagement off with Guarnaccio and eventually ends the relationship. Then later, Guarnaccio decided to leave the show following the break-up. In December 2013, she published her own fitness DVD entitled Vicky’s 7 Day Slim. Before the start of the ninth series, she stated that it would be her last, making her final appearance during the series finale.

On 5 July 2013, she got arrested after throwing a high heeled shoe at another club-goer during filming for the seventh series of Geordie Shore. She even got charged with two counts of assault. And the court ordered to undertake 180 hours of unpaid community service and pay damages to the two victims after being taken to court. 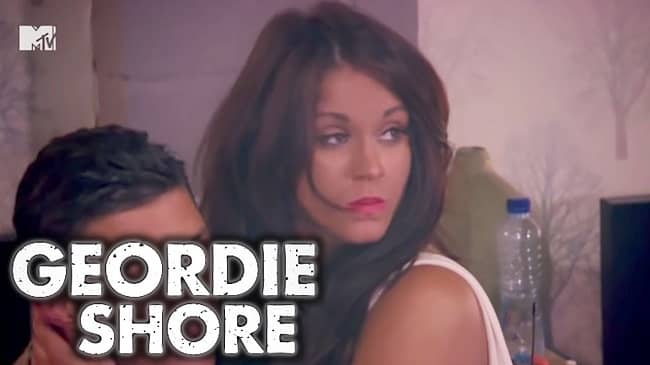 In 2014 and 2015, Pattison appeared in the MTV reality television show Ex on the Beach. Further, she has also appeared and made guest appearances on Big Brother’s Bit on the Side, This Morning, Safeword, Celebrity Dinner Date, and Most Annoying People 2011.

In June 2015, Pattison presented and starred in her own MTV show, Judge Geordie. Similarly, in the same year in the month of July, she appeared on BBC Radio 1’s Innuendo Bingo.

Likewise, she appeared in the fifteenth series of I’m a Celebrity…Get Me Out of Here! in 2015 and became successful to win the show. Further, she made an appearance as a regular panelist on ITV’s lunchtime discussion show Loose Women for nine months from January to September 2016.

She also presented herself in a 2-part Geordie Shore special speaking about her time on the show. In June of 2016, Pattison became a team captain on the Channel 5 panel show, It’s Not Me, It’s You.

Later on February 12, 2018, she appeared in the fourth season of the Australian version of I’m a Celebrity…Get Me Out of Here!. On 11 March 2018 (Day 44 of the season), she got evicted after spending 28 days in the jungle, finishing in 4th place.

On 16 October 2018, she partnered with Dom Joly entered Channel 4’s Celebrity Hunted which sees them going “on the run” as “fugitives”. She and other celebrities have donated their fee to Stand up To Cancer.

Besides, Pattison has written and released two novels—‘All That Glitters’ and ‘A Christmas Kiss.’ She released her autobiography ‘Nothing But the Truth’ in August 2014.

In addition to this, the beautiful reality star has dazzling green eyes and her hair color is brown. Her shoe size is 8.5 (US) and wears a dress of size 6 (US). 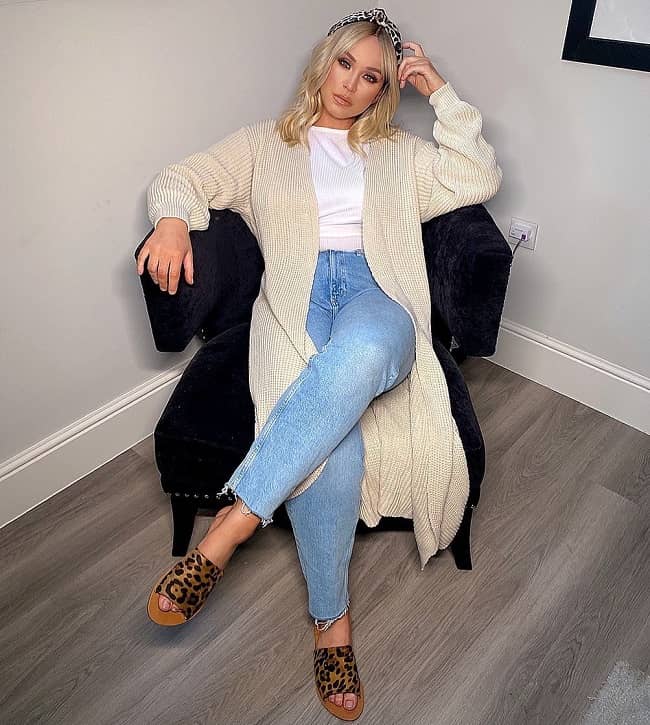 Caption: Vicky Pattison
posing for a photo while sitting on a sofa (Source: Instagram)

The 32-years Geordie Shore star Vicky Pattison has an estimated net worth of £500,000 as of August 2020. She has made her fortune working mostly in television shows. Moreover, she lives a lavish life with her earnings.