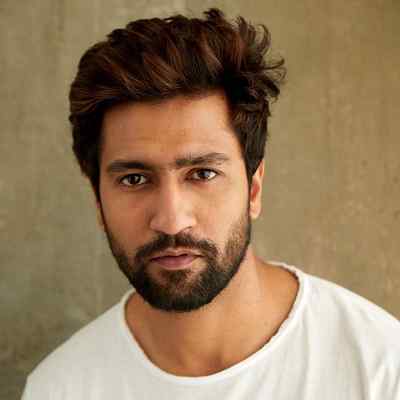 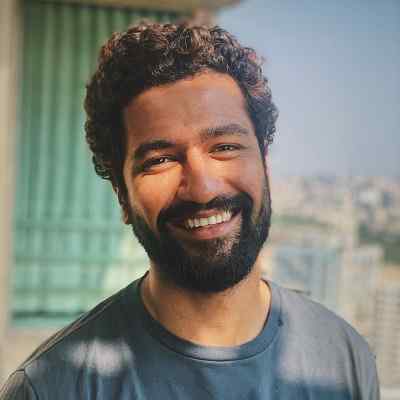 Vicky Kaushal is an Indian Movie Star. Vicky Kaushal’s debut leading role in the drama “Masaan” earned him the IIFA as well as Screen Awards for Best Male Debut. Since then, he has made a successful career in acting and in Bollywood and has done many other movies as well as series.

Vicky Kaushal was born on May 16, 1988, in Mumbai, Maharashtra, India. He is 33 years old and his astrological sign is Taurus. He holds Indian nationality and is Hindu by religion.

He attended Mumbai’s Rajiv Gandhi Institute of Technology to pursue an engineering degree in electronics and telecommunications. And, during an industrial visit to an IT company, he realized that an office job would be unsuitable for him and started aspiring to have a career in film. However, he briefly did take on an engineering job and also started accompanying his father to film sets. 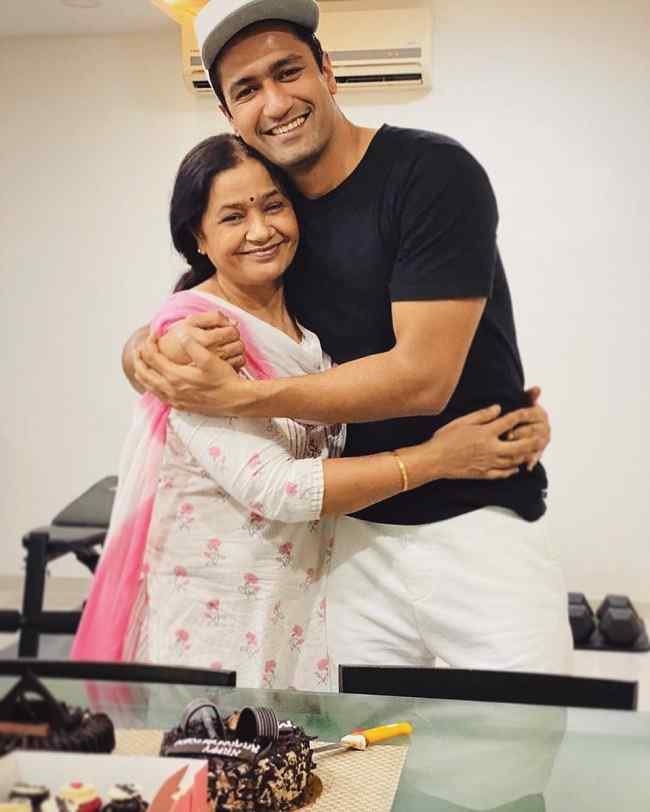 Caption: Vicky Kaushal along with her mother (Source: Instagram)

Vicky Kaushal’s passion for acting kept growing which made him join the theatre, where he was able to work under Naseeruddin Shah and Manav Kaul. He then began his acting study at Kishore Namit Kapoor’s academy. He also got the opportunity to work as an assistant director to Anurag Kashyap in the two-part crime drama Gangs of Wasseypur. Likewise, he even started working on stage with his first acting job in Manav Kaul’s production of Laal Pencil with minor roles.

He starred in his first leading role in “Masaan” in the year 2015 which is an independent drama. The film was able to win two awards, including the FIPRESCI Prize. Also, the movie was able to earn critical acclaim and The New York Times considered it to be a leading example of increased realism in Indian cinema. After his successful debut, he was able to win the IIFA and Screen Awards for Best Male Debut, and a nomination for the Asian Film Award for Best Newcomer, among other accolades after his debut.

In the same year, the Busan International Film Festival marked the release of the drama “Zubaan”. He was very much praised for his role in this film. After that, he was able to play a drug-addicted police officer in pursuit of the serial killer Raman Raghav in Kashyap’s psychological thriller “Raman Raghav 2.0”. 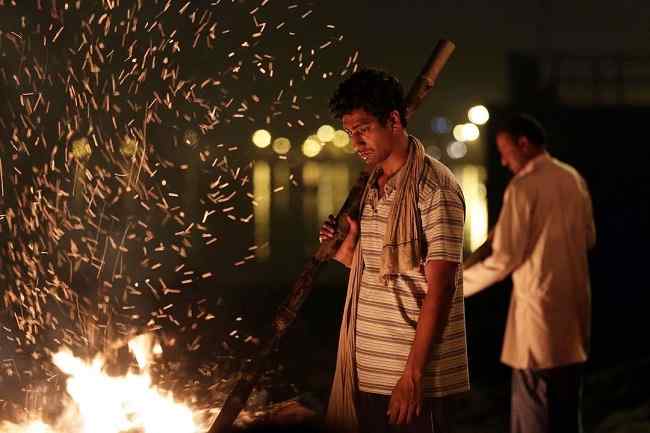 Vicky Kaushal was able to achieve his breakthrough in the year 2018. In that year, he was first seen as the male lead of the romantic comedy “Love per Square Foot”. After that, he appeared in Meghna Gulzar’s spy thriller “Raazi” in the same year. He then again starred in his second Netflix production of the year, “Lust Stories”. Moreover, his most commercially successful release of the year 2018 came with Rajkumar Hirani’s Sanju, a biopic of the troubled actor Sanjay Dutt, who was portrayed by Ranbir Kapoor in the film.

Vicky played the role of the best friend Kamli. Kamli is a fictionalized amalgamation of various real-life friends of Dutt. He was able to win the Filmfare Award for Best Supporting Actor through his role in this movie. Then, in his final release of the year, he reunited with Kashyap for “Manmarziyaan”.

Furthermore, he appeared as a military officer in “Uri: The Surgical Strike” in the year 2019. It is an action film based on the 2016 Uri attack. The film was a huge success making it the tenth highest-grossing Indian film domestically. And, he even was awarded the National Film Award for Best Actor and was able to receive a Filmfare Award for Best Actor nomination. Then in the year 2020, he starred in the horror film “Bhoot – Part One: The Haunted Ship”.

Vicky Kaushal will now portray the freedom fighter Udham Singh, who assassinated Michael O’Dwyer, in a biopic. This film was postponed due to the COVID-19 pandemic. Apart from the biopic, his other projects are “The Great Indian Family”, “Mr. Lele”, “Takht”, and “The Immortal Ashwatthama”. Most of the movie’s release dates were postponed due to the pandemic.

He was able to The Times of India’s listing of the country’s most desirable men of the year 2018, ranked at No. 4 in 2019 as well as 2020. Likewise, Forbes India featured Kaushal in their 30 Under 30 list of the year 2018. After that, in the following year, he also was able to appear in the magazine’s Celebrity 100 list, ranking 72nd with an estimated annual income of ₹104.2 million. Furthermore, he has contributed ₹1 crore to the PM CARES Fund as well as Maharashtra Chief Minister’s Relief Fund due to the COVID-19 pandemic in India.

Vicky Kaushal and Katrina Kaif have been rumored to be seeing each other for over a year now. Katrin Kaif is a famous Bollywood actress and has starred in a number of movies as well as series. Likewise, Vicky and Katrina are frequently spotted visiting each other but none of them have publicly admitted to dating each other.

However, in an interview, Harsh Vardhan Kapoor said that “Vicky and Katrina are together. that’s true”. There were even photos of them together going around on the internet. 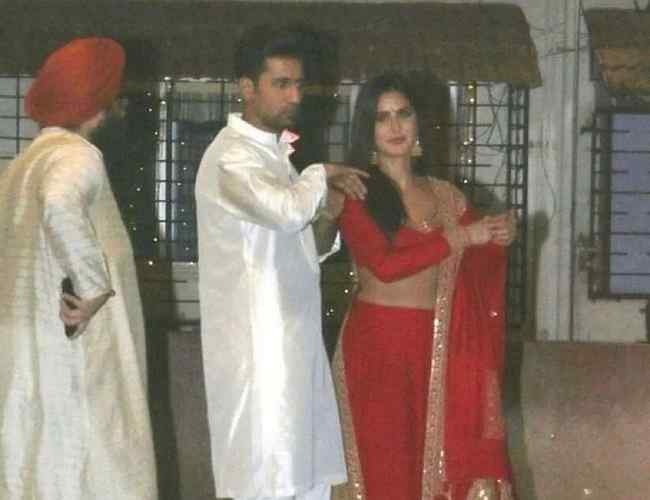 Vicky Kaushal has a height of 6 feet 3 inches and his weight is 80 Kg. Kaushal’s other body measurements such as his chest size, waist size, and hip size, are 40-34-14 inches respectively. Moreover, he has black hair and dark brown eyes and also has a beard.

Vicky Kaushal is pretty active on all of his social accounts. He owns an Instagram account under the name “vickykaushal09” and has garnered 9.7 million followers until now. Likewise, he is also active on Twitter and Facebook and has mustered 593.5K and 2.1 million followers respectively.

According to acknowledge, Vicky has a net worth of $3 million and his main income source is his acting career. Likewise, he even endorses several brands as well as products. Such as Havells, Reliance Trends, and Oppo, and he charges $280K – $420K annually per brand.