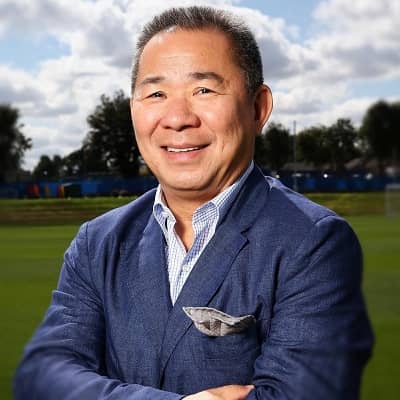 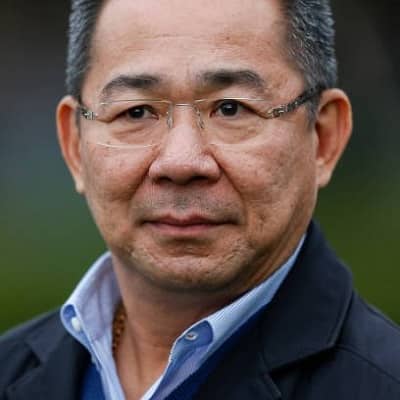 Vichai Srivaddhanaprabha whose birth name was Vichai Raksriaksorn was born on 4th April 1958. Born in early April, his zodiac sign is Aries. Likewise, he was born in Bangkok, Thailand, and holds a Tai nationality. Talking about his ethnic group and religion, Vichai belonged to Thai Chinese descent and followed Christianity. About his family members and sibling, Vichai was the only child of Wiwat Raksriaksorn and Paparsorn Raksriaksorn. His father has a Chinese root of Zhao’an, Fujian.

Furthermore, talking about his educational background, Vichai completed his graduation from Ramkhamhaeng University. In 2016, he was awarded an honorary doctorate as a Doctor of Laws by the University of Leicester. Moreover, he studied in Taiwan and the United States. 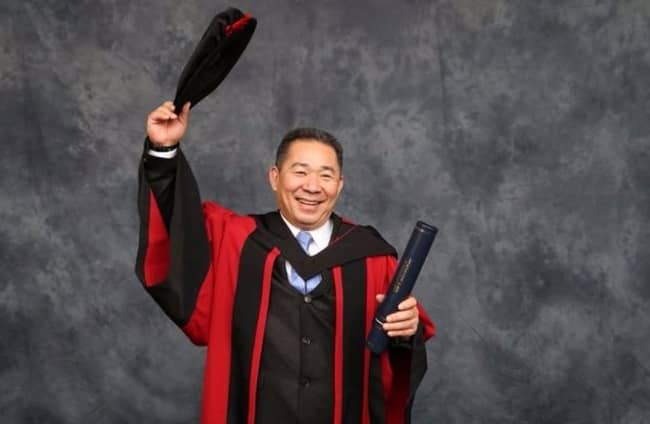 Caption: Vichai after graduating from the University of Leicester. Source: Instagram

On 27th October 2018, Srivaddhanaprabha’s helicopter Agusta Westland AW169 helicopter crashed outside the King Power Stadium shortly after taking off from the pitch. He was 60 years old.

Vichai was the founder and CEO of a duty-free shop King Power Duty-Free? In 2010, the Asia Football Investments consortium including Srivaddhanaprabha purchased Leicester City, which is an English Football League Championship club. Later in July 2011, the club’s Walkers Stadium has renamed the King Power Stadium. In February 2011 he became the chairman of the club while continuing as owner and his son the vice-chairman. Later, Vichai bought another football club, OH Leuven in Belgium in May 2017. 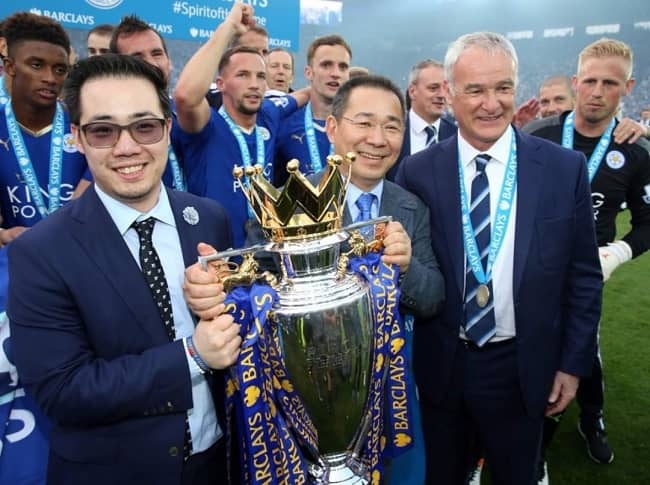 Talking about his net worth and earnings, Vichai was a businessman, owner, and chairman of King Power Duty-free. Moreover, he was also the owner of Leicester City, a Premier Football Club. As of 2018, his estimated net worth was $4.9 billion.

Talking about his achievements, he was the 5th richest man in Thailand ranked by Forbes magazine. Later in 2019, The Asian Awards honored him with the Outstanding Contribution to the Community Award.

Regarding his relationship status, Vichai was straight and in a marital relationship with Aimon Srivaddhanaprabha. Likewise, the couple had four children namely, Voramas, Apichet, Aroonroong, and Aiyawatt. Their son, Aiyawatt was succeeded as a chairman and CEO of King Power International Group after his father’s death. Similarly, Aiyawatt is also a chairman of Leicester City Football Club and OH Leuven.

Furthermore, in 2012, the family was honored new surname Srivaddhanaprabha. The name meant light of progressive glory by King of Thailand Bhumibol Adulyadej.

Vichai had a height of 5 feet 4 inches (64 inches) and weighed 68kg (150 lbs). Talking about other body measurements, his vital stats (chest-waist-hips) were 38-36-35, and wore a shoe size of 6(US). his biceps size was 11.25 inches. Looking at his physical appearance, Srivaddhanaprabha had a black pair of eyes and black hair.