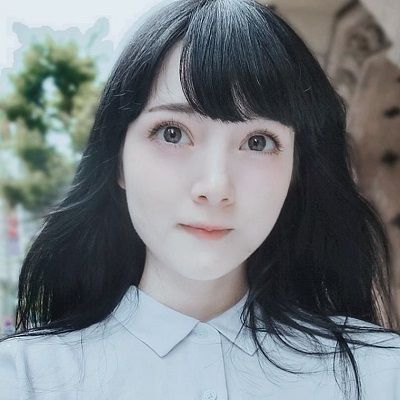 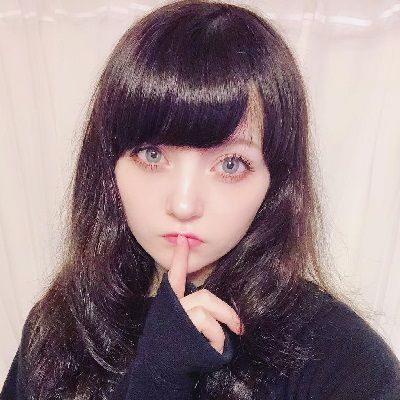 Venus Angelic is 26 years old as of 2022. She was born to Swiss parents on February 8, 1997, in Brugg, Switzerland. Later moved to London, England before settling in Japan.

Her astrological sign is Aquarius and her birth name is Venus Isabelle Palermo. She was born to Margaret but has not revealed her father’s name. Her mother encouraged her in all her adventures. 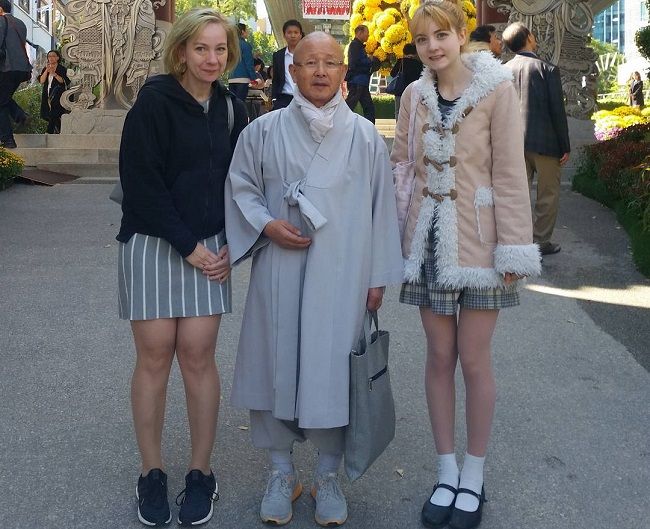 Caption: Venus Angelic posing with her mother along with a Buddhist monk (Source: Instagram)

Likewise, she belongs to Swiss nationality and Hungarian descent. She made an appearance as an extra in a Swiss film called Ready, Steady, Charlie! at the age of six. She loves Japanese culture and she is eventually learning the Japanese language, culinary skills, and origami.

Moving toward her educational background, she was homeschooled as a kid. Later she moved to the Netherlands and enrolled at a school after she was refused admission to the United Kingdom.

As she is multilingual and can fluently speak and write English, Spanish, German, Japanese, Romansh, and French.

Further, she has around 28.4k followers on Tiktok and over 1.8 million subscribers on the Youtube channel.

In addition, she has also provided her Email address [email protected] in her Instagram bio for any business inquiries. On her Instagram handles @venus_angelic, she has garnered more than 230k followers

Talking about Venus Angelic’s professional life, she created her YouTube channel in May 2010 and posted her dance video titled in Japenese language on June 7, 2o10.

After her first video, she posted more videos in Japanese and also posted a tutorial on learning Japanese. She has also showcased her skills in Japanese nail art, which is considered the finest manicure after that of the French.

She also posted videos in which she taught her viewers’ various make-up tricks to look like Japanese dolls and became famous as the “living doll”.

It happened in March 2012 after her YouTube video “How to look like a doll” went viral. One of her most popular videos is “How To Look Like A Korean Girl” which has crossed 19 million views.

Some of her notable videos are “How to look like a doll (makeup),” “WEIRD JAPANESE CANDY,” “Living Doll Takes Off Makeup,” and many more.

In 2013, she released a pre-release cover version of the Icona Pop song, “I Love It”, which reached #71 on the UK Singles Chart. Likewise, she has mostly shared tricks related to anime characters or dolls.

She has also tried to recreate the looks of popular animated characters like Elsa, Rapunzel, Drill Pigtails, and Cinderella among many other characters on her channel. She even posts hauls and DIY videos with her quick make-up tips which have attracted her fans. 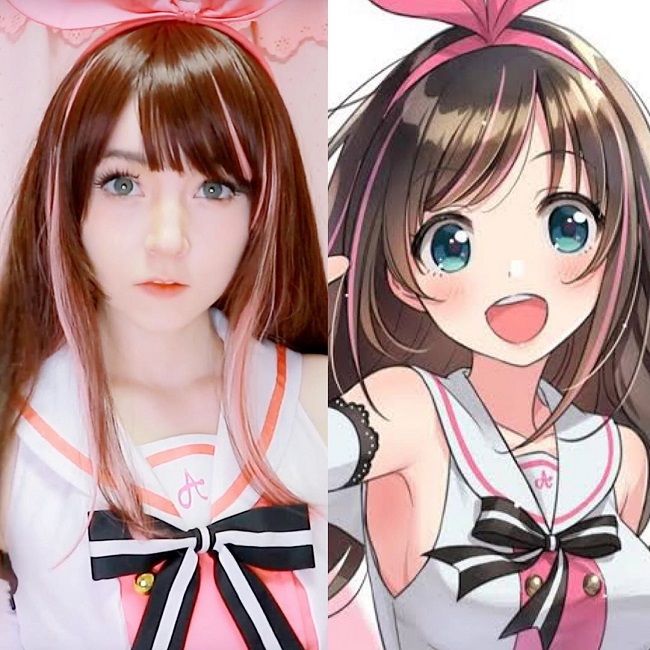 Moreover, she has also appeared in many talk shows, along with her mother, and has spoken about her social media journey from being a normal girl to a famous one.

She has also appeared on a popular TV channel named TLC in an episode titled ‘I’m A Living Doll’ for the documentary show, ‘My Strange Addiction, which was aired in 2014.

Furthermore, she has also created a Titkok account under the user name @dollyvenus where she posts creative content videos and has gained 28.4K followers and 109.4K hearts.

In addition, she won the ‘Thai Beauty and Culture Contest’ which was held in Gretzenbach, Switzerland. She also won the 2011 bodyline modeling contest organized by a Japanese fashion brand and even appeared as a model for the brand.

Venus Angelic went to South Korea so that she could have the dramatic procedure, which meant sewing closed a portion of her belly to make it tinier and removing 120cm of her intestines.

At first, she claimed that her surgery was successful and she needed to control her weight of 8st and 4lbs. But later she began to get sick and could no longer eat any food or water.

She tried to keep her surgery secret as she wants to spread her naturally skinny body. As she had a habit of overeating and drinking alcohol, she thought of surgery.

Continually losing up, her weight fell to just over six stone, and had to be admitted to a hospital, where doctors feared for her life and had to drip feed her.

Her stitches collapsed and closed-off part of her stomach, and she needed emergency surgery to fix her stomach. For her weight loss surgery, she contacted over fifty doctors from around the world. However, she is fine currently.

Reflecting on Venus Angelic’s relationship status, she is single currently. She has not been involved in any relationship and is focused on her career right now.

However, she might get into a relationship after she meets her dream boy. Likewise, she has kept her personal life away from social media posts and only keeps on posting photos related to her profession.

Likewise, she was criticized for her visa marriage to Manaki a 26-year-old man who has been watching Venus since she was 13 years old online.

As he has an obsession with dolls and also agreed to meet her in the year 2014 at Disney land. But this might not be true. However, she has not involved herself in controversies currently and has a clean profile.

Beautiful and doll-like Venus Angelic has an amazing personality. She has a height of around  5 feet 7 inches (1.7 m) and weighs around 44 kg (97 lbs). Her chest-waist-hip body measurement is 32-26-35 inches and she has a slim body type. Similarly, her dress size is 2 US. 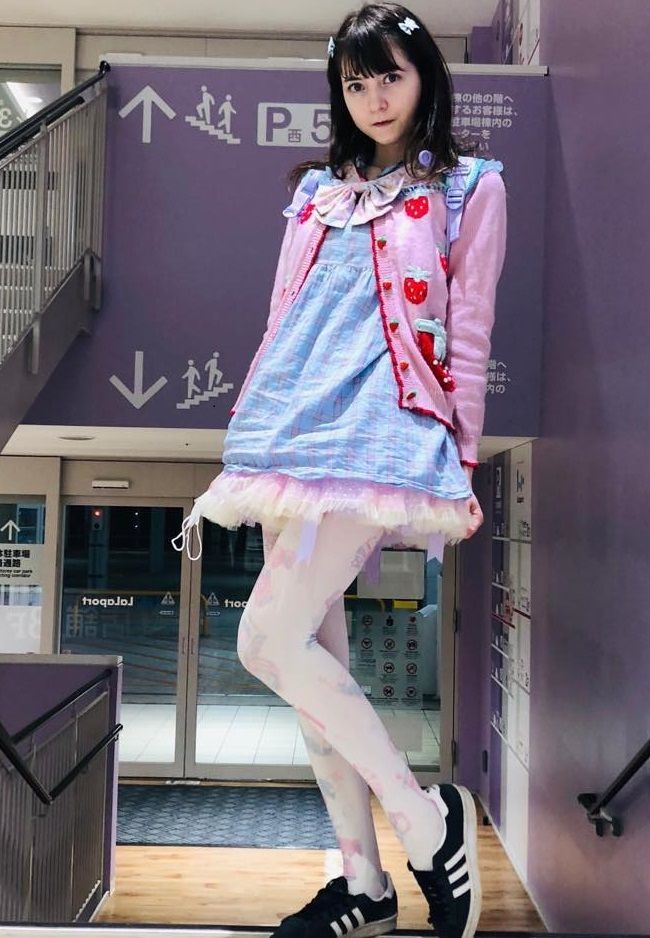 Talented Venus Angelic has earned a decent sum of money through her profession as a Youtuber where she creates creative video content.

She has been able to live a lavish lifestyle and handle her financial situation herself. Likewise, she has an estimated net worth of around $106k according to statsmash.com.