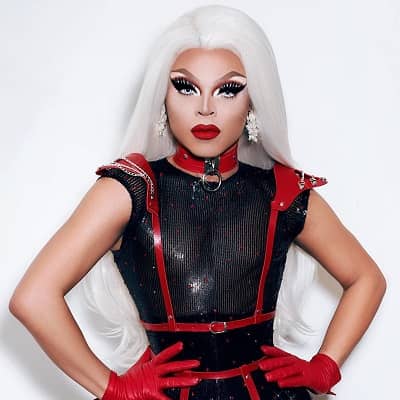 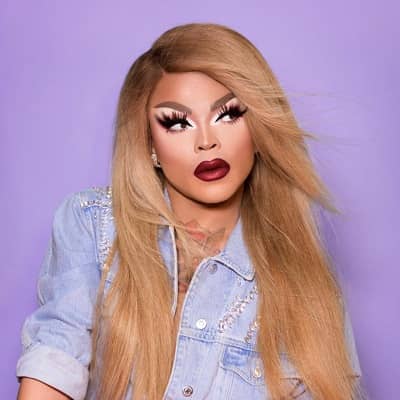 On 3rd October 1991 in Tampa, Florida, Vanessa Vanjie was born and she is 30 years old as of 2022. The real name of Vanessa Vanjie Mateo is Jose Cancel. Her nationality is American and her ethnicity is Latino. Likewise, her religion is Christian. She is of Puerto Rican descent though nothing is out about her biological family. In drag performance, she is the daughter of Alexis Mateo (Mother) and her husband Jeffrey Kelley (Father). The family Empire (the Mateo Empire) also includes her sisters, Jenaveve, and Victoria Mateo. There is no information about her education. 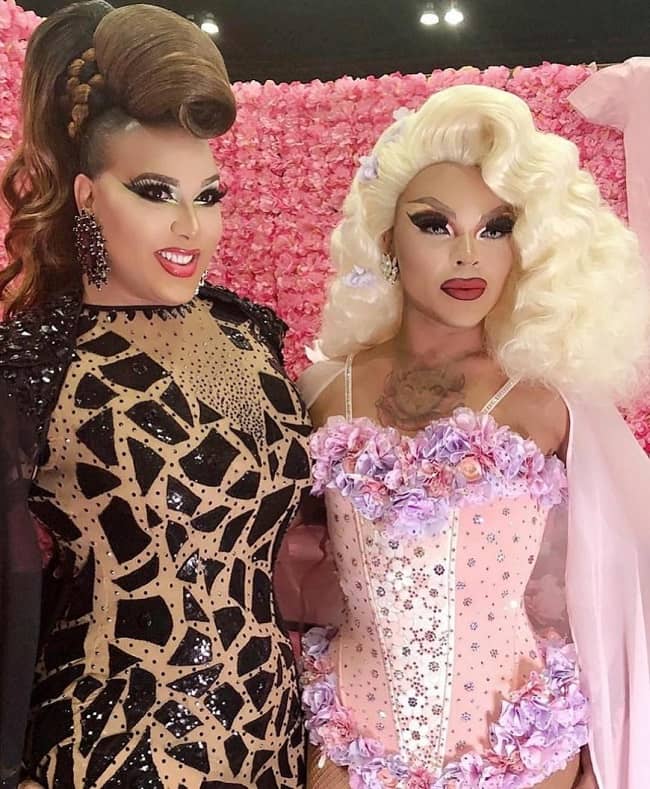 She started doing drag when Drag Race season three and All-Stars alumna Alexis Mateo hired him as a backup dancer. She was announced as one of the fourteen contestants competing for the crown on the tenth season of RuPaul’s Drag Race, which premiered on March 22, 2018. Likewise, she got out in the first episode against competitor Kalorie Karbdashian Williams, while Aguilera was the guest judge. As she walked backward off the stage, her parting words were “Miss Vanjie… Miss Vanjie… Miss… Vanjie”, which later became an internet meme.

“Miss Vanjie” was tweeted by many, including several by RuPaul, as well as Michelle Visage and Kathy Griffin. The meme was also edited into clips of various movies, TV shows, and even on dating apps, including The Simpsons, Pokémon, Grindr, and The Shining. The “Miss Vanjie” catchphrase was said by Rylan Clark-Neal while commenting on the Eurovision Song Contest 2018 first semi-final broadcast during the presentation of Eleni Foureira from Cyprus; he also said it about Montenegro singer Vanja Radovanović, whose name resembles Miss Vanjie’s.

RuPaul wore a “Vanjie” necklace during the Time 100 Gala red carpet. The catchphrase was also referenced in multiple further episodes of Drag Race season ten. A Snapchat filter of her runway look was made available the day after the season ten reunion. On January 24, 2019, Mateo was announced as one of the fifteen competitors of season 11 of RuPaul’s Drag Race. She was in the bottom two for episodes nine and ten and won both lip syncs against Plastique Tiara and Shuga Cain. She was eliminated by Brooke Lynn Hytes in the penultimate week in episode twelve and placed fifth.

In Episode 5 of All-Stars 5, she made a guest appearance as a “Lip Sync Assassin”, where she lip-synced against Shea Couleé but lost. Mateo was featured on the September 2018 issue cover of Gay Times. She appeared with Nina Bonina Brown for two episodes of the WOWPresents internet series “Fashion Photo RuView” on November 3 and 17, 2018, filling in for Raja and Raven. She appeared with Silky Nutmeg Ganache and Derrick Barry for an episode of the fourteenth season of Germany’s Next Top Model in 2019.

On May 12, 2019, Mateo was sponsored by Chips Ahoy! for a social media post for Mother’s Day, which got homophobic backlash. Mateo released her first single, “I’m Vanjie”, on June 21, 2018. She appeared in the music video for Iggy Azalea’s “Sally Walker” on March 14, 2019. She performed as a backup dancer to the song on Jimmy Kimmel Live! in April 2019. Mateo was also in the video for Azalea’s “Started” with Trixie Mattel. 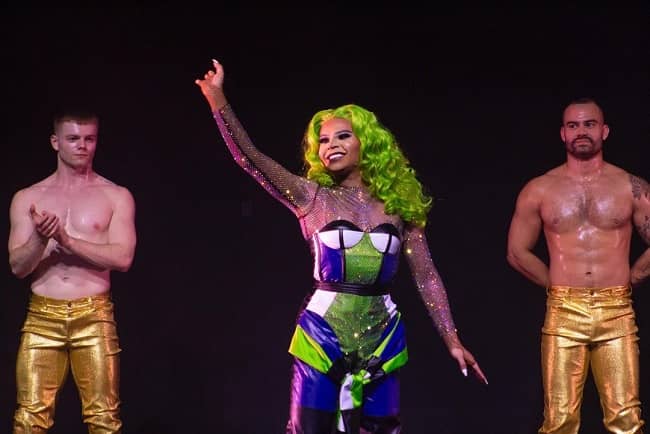 According to the sources, Vanessa Vanjie Mateo has a net worth of $0.8 million though she hasn’t told anything about the exact amount of her net worth to the public. She has earned a massive fortune throughout her professional career. Working on the different projects, she has gathered a huge amount of money as well as she will add more income in the upcoming years to her net worth. She has earned her income through her ride by facing different struggles, problems, and struggles. Looking at her posts on her social media sites, we can say that she is living a wonderful life through her worth. However, she also has not revealed her exact salary.

Vanessa Vanjie Mateo is enjoying a wonderful life by loving her professional career so we can say that she is living to relax free single life. There is no rumor about her relationship with any boys on social media sites and is just focusing on her professional career. Her sexual orientation is gay. However, she was once in a relationship with a drag queen and reality TV contestant, Brooke Lynn Hytes, during the 11th season of RuPaul’s Drag Race. It was the 1st to show romance or showmance as coined by their fanbase in the show’s history. They dated for 4 months after the show ended. 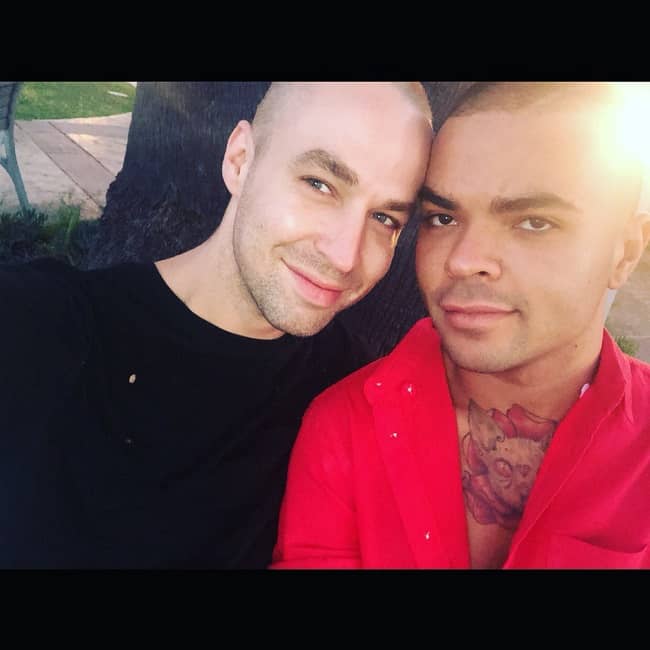 Vanessa Vanjie Mateo, the famous beautiful reality star stands at an amazing height of 5 feet 9 inches. Observing her photos on her social media sites, she has a slim body with a maintained body weight. Her weight is 68 kg. She is timeless and gorgeous with spectacular good looks, alluring facial features, and a good personality. Stunning, gorgeous, and attractive, she looks delightful with a pretty smile and has a perfect body figure with a glowing skin tone.

In addition, she wears a size 11 (US) shoe and her dress size is 6 (US). This charming beauty comes into the public eye for her perfect body followed by gleaming brown hair with shiny brown eyes. She often tends to wear blonde or pink-colored wigs. Moreover, she is the age of 27 but she looks much more beautiful and younger than her actual age. Other details about her body measurements are still missing.

Talking about her presence on social media platforms, she is quite active there. She has an Instagram and a Twitter account. On Instagram, she has 1.5 million followers. Also, on Twitter, she has 275.4 K followers. Her social media accounts are full of her drag pictures and her work posts.