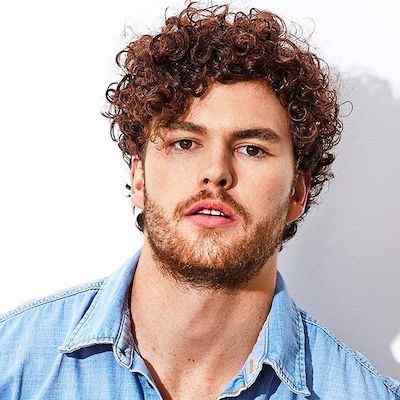 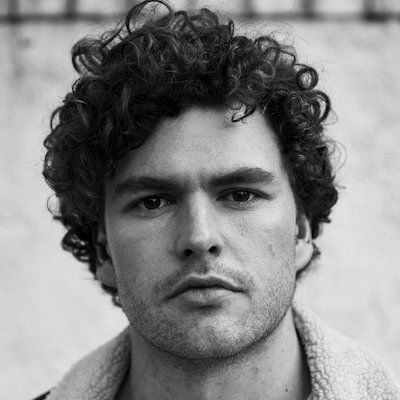 Vance Joy is an Australian Singer, and Songwriter famous for his indie-folk genres of music. Vance Joy is also famous after releasing the debut EP ‘God Loves You When You’re Dancing ‘ and for many songs as Mess is Mine, Riptide, Georgia, etc.

Vance Joy, 32 years old, is an Australian Singer, Songwriter, and Musician who was born on December 1, 1987, in Melbourne, Australia. His real name is James Gabrial Keogh. There is no information about his parent’s name has one sibling sister but the name is not available yet. He follows the Catholic religion and his birth sign is Sagittarius. His ethnicity is not known.

He studied at St. Patrick’s Primary School, Murrembeena, Melbourne. Then later graduated from St. Kevin College, Toorak in 2005. Then, he graduated with a Bachelor of Arts and Bachelor of Laws from Monash University.

He was born into a middle-class family. Like every other kid, he was also into sports and the desire to play music didn’t come to his mind until the teenage years. He started listening to heavy metal songs, particularly by Metallica, which turned out to be the genesis of his interest in music.

However, making a career in music turned out to be more difficult than just learning to play guitar, so he focused on his second-best interest, football, instead. Joy was the school captain during his high school days and was moving ahead towards a successful career in the game.

After he graduated high school, Vance got enrolled at Monash University and did his graduation in Bachelor of Arts and Bachelor of Laws. It was around this time when the idea of making a career in music popped up in his head. He started singing in local bars and clubs and gained some positive feedback, which further encouraged him to make good music of his own.

He also hopped from clubs to bars and cafes in order to make a name for himself during the open mic events. At one point in time, he was a known entity in the Melbourne open mic scene. He also had a successful run in the Australian Rules Football and played in the Victorian Football League for the Coburg Football Club and won the best player award in 2008 for his magnificent performance. Even after he became a successful musician, he kept supporting his football club.

At an early age, he was a football player and was captain at school. He played for the Coburg Football club as a defender in the Victorian Football league. He could still play for another club but leave a football career and started music. Joy was influenced by the band Metallica.

In 2013, Vance was all determined to make it as a musician going ahead he recorded and released his debut single ‘From Afar’ in January 2013 and the same year in March 2013 he released his debut EP name “God Loves You When You Are Dancing“.

The second single from the EP ‘Riptide’ became a sort of a national rage, leading to a great success streak on the Australian commercial radio. The single went on achieving the sixth spot on the ARIA Singles Chart and the Australian Record Industry Association certified the song as platinum. GoPro tv ad campaign made the song their anthem for the Australian market.

The album made Vance a national star musician. In several of his interviews, he has stressed how his approach to making music is as simple as it gets. After enjoying the roaring success of his first effort, he started focusing on the release of his debut album, which was highly awaited.

In September 2014, Joy treated his fans with his debut album, which was titled “Dream Your Life Away”. Songs as “Mess is Mine” and “First Time” from the album became popular with American and European listeners. Joy made the full out of the buzz that was created about the album and embarked on a nationwide tour.

It was followed by a US tour in October and he also played music in front of the live audience for Taylor Swift’s 1989 World Tour as a support act in November 2014. This further increased his popularity among the average American music-lovers. In November 2014, he was invited to perform on his hit song ‘Riptide’ at the MTV Europe Music Awards and a year later in 2015, he was named Elvis Duran’s Artist of the Month for November.

The song Riptide became the epitome of success for the young singer and as he expanded his horizon to a wider audience, the song topped many charts in the USA and Europeans countries such as Belgium, Germany, Austria, Slovakia, Italy, and Switzerland. The song reached the top spot of the Alternative and Rock Airplay Charts and number 30 on Billboard Hot 100.

Vance was further invited to perform on the song at the Boston Calling Music Festival in 2015 and in the same year he performed the song during the Season finale of the 14th Season of ‘American Idol’. He received a standing ovation for his performance at the Dolby Theatre.

Similarly, in June 2015, he released the single titled ‘Great Summer’, which he had recorded for the film ‘Paper Towns’. He also rocked at the 2015 ARIA Music Awards, where he got seven nominations to his name. He then ended up winning the Best Male Artist Award for his album Dream Your Life Away. Then in 2017, he was honored with a platinum certification yet again for his single Lay it on Me and in the same year, he announced the release date of his second album Nation of Two, which released on February 23, 2018. 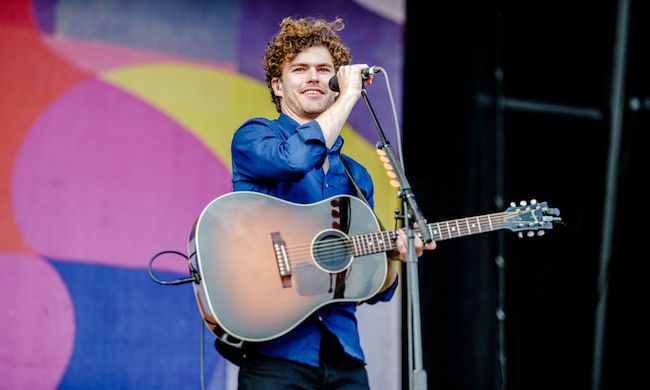 The multi-talented star has an estimated net worth of around $30 million. However, his earning comes from his singing career, tours, and selling the album, EP, etc. There is no information about his house, cars, etc.

The talented singer is straight and in a relationship with actress Shopie Lawe since 2018. Which he speaks in the acceptance speech of ARIA Awards-Adult Contemporary Album in 2018 as Shopie as his girlfriend. He likes to keep his life private and there is no information about his past affairs. 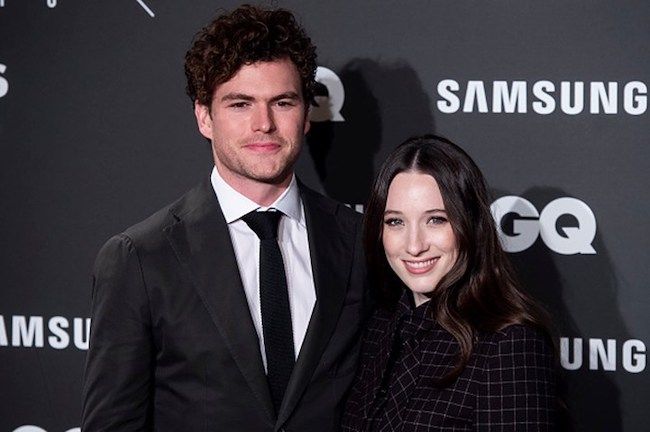 Joy was rumored to be involved in the relationship with actress Shopie Lawe. However, later in the awards acceptance speech, he announced that Shopie as her girlfriend. He likes to keep his life private and is not open about his personal life. Other than that there are no rumors and controversy.

Joy was nominated 50 times and won awards 11 times in an entire career. He has won Pop Work of the Year, Song of the year, Most played Australian Work Overseas and Most Performed Songs. Further, Vance has also won International Songwriting Competition Grand Prize, The Age Music Victoria Awards for song “Riptide”. He won ARIA Best Male Artist for Dream Your Life Away in 2015 and Best Adult Contemporary Album for “Nation of Two”. 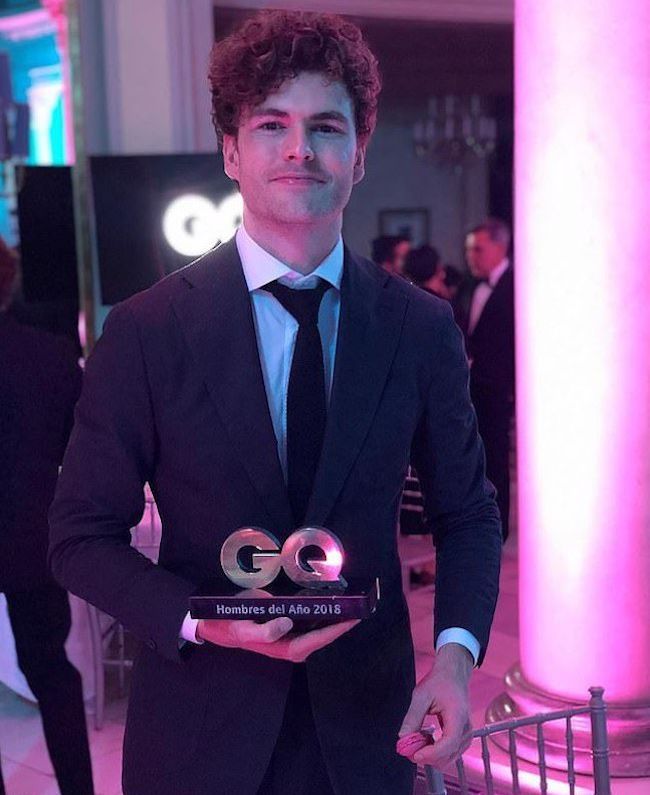 Vance Joy is good looking and handsome. He has a good tall height that stands around 6 feet 3 inches tall. And he weighs around 92 kg. He has attractive eyes with dark brown color with curly brown hair.