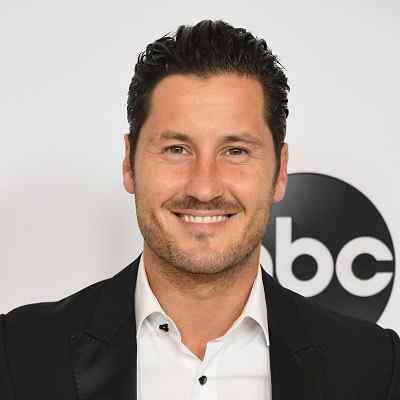 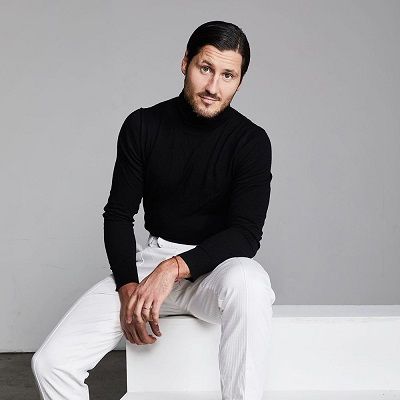 Valentin Chmerkovskiy is a Ukrainian-American professional dancer, who is famous for his appearance on the U.S. version of Dancing with the Stars. Valentin Chmerkovskiy was the recipient of its title two times. And two-time World Latin Dance Champion (Junior and Youth).

Valentin Chmerkovskiy’s full birth name is Valentin Aleksandrovich Chmerkovskiy. He is popularly known for his rapper stage name VC and he was born on 24th March 1986. His age is currently 36 years old and his zodiac sign is Aries. He was born in Odesa, Ukrainian city, Soviet Union. His family moved to the United States in 1994 so his nationality was Ukrainian but at present, his nationality is American. Likewise, Valentin was born to Aleksandr “Sasha” Chmerkovskiy who is a Jewish, and Larisa Chmerkovskaya a Christian parent. Similarly, Valentin has an older sibling, his older brother Maksim Chmerkovskiy is also a professional dancer who appeared on Dancing with the Stars.

Furthermore, there is no information regarding the schooling of Valentin. However, back in 1996 after Valentin’s parents shifted to the United States and Maksim and Shasha opened a youth-oriented dance studio in New Jersey. Valentin was one of the students in the studio.

Furthermore, in the year 2001, Valentin along with her dance partner Diana Olonetskaya became the first American dance team to win the world dance championship title. Likewise, there is only short information that Valentin graduated with a major in Business Management from Pace University, New York. 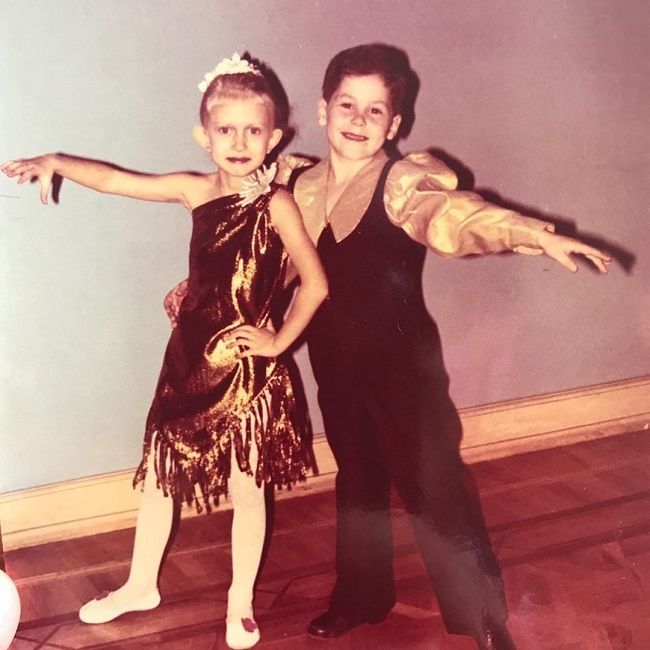 Winning the World dance championship was the starting point for Valentin in his dancing career. Valentin then appeared on Dancing with the Stars Season 2 on 10th February 2006 as a student of his brother during Week 6 of the show. He was paired with Valeriya Kozharinova along with two other couples.

Valentin once again appeared on season 4 of Dancing with the Star on its result show. This time he danced off against his brother Maksim. Having won all he could in the world of dance, the 14-time US National Champion and two-time World Dance Champion rose into stardom quickly. 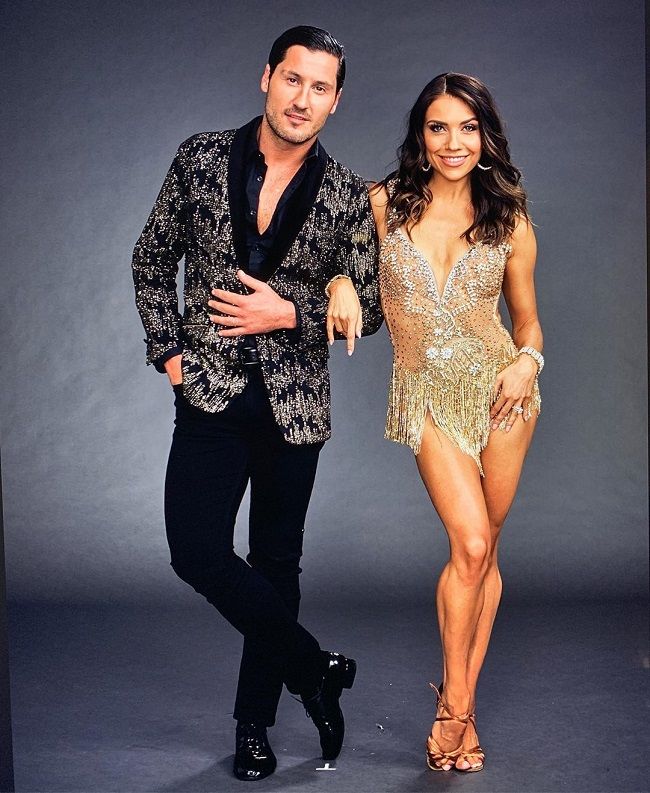 Caption: Valentin Chmerkovskiy participating in season 28 of Dancing With The Stars with his wife. Source: Instagram

Since his debut on TV, Valentin has won the heart of many fans both on and off the dance floor. Furthermore, besides being a talented dancer, Valentin is also a choreographer and instructor who instructs and teaches the art of dance to all.

Beyond Dancing with the Stars

Likewise, Valentin is also the co-founder of the Dance with Me brand and has nine social dance studios under this. It is one of the main Latin and Ballroom dance studios where he is an expert as the Art Director of the studio. With the positive response and success of his first studio, it grew a passion for him to teach more learners. Ultimately, Valentin introduced Dance With Me Juniors, a program that he designed for kids to be focused and active in dance.

Moreover, Valentin is also a trained Violinist and has performed in Carnegie Hall and Lincoln Center as a concertmaster of the ISO Youth Orchestra. Besides this, Valentin is also a philanthropist who has supported hundreds of children for their education and health. Valentin is an ambassador for Pencils of Promise and has also helped in building two schools in Ghana.

Additionally, according to the website Celebrity Networth, Valentin has a net worth of $7 million dollars as of 2022. Besides this, there is not much information about his total asset values. 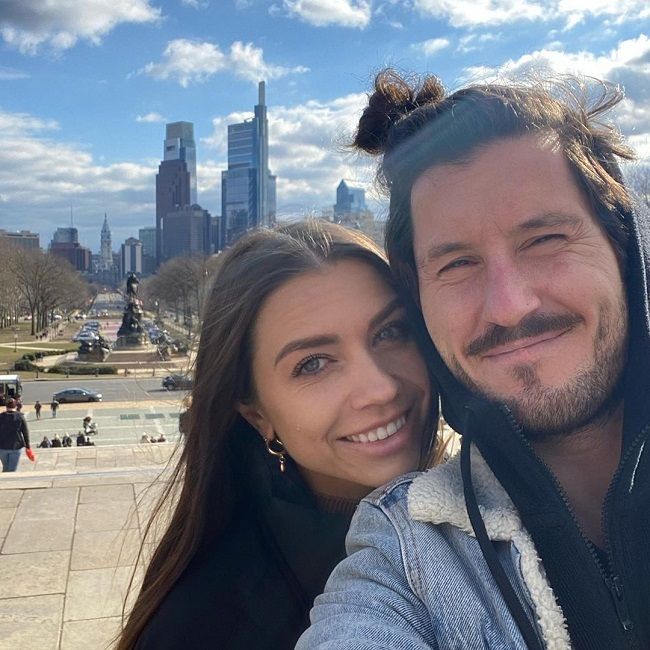 Valentin has an athletic body type. He stands 183 cm tall in height and weighs around 86 kg. Likewise, his physical appearance compliments well with his dark brown hair color and blue eyes. His body measurement is 43-38-33.