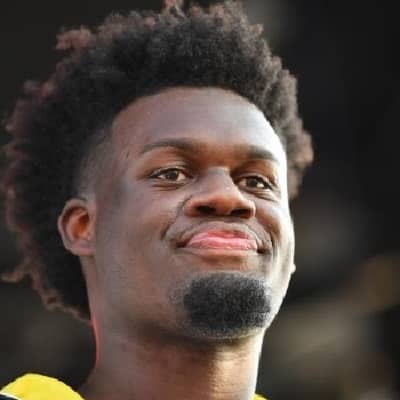 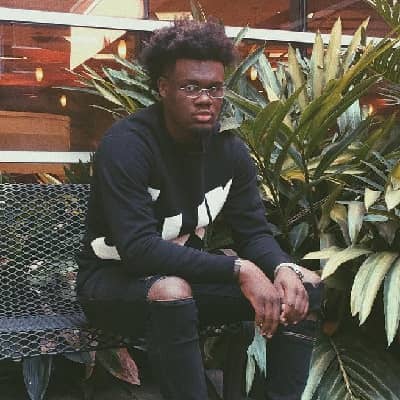 Ugly God is an American rapper, songwriter, and record producer. Ugly God is most popular for his 2016 viral single ‘Water’ which he released on SoundCloud. He began his career under the stage name of Pussy Bacon, which his parents did not approve of for obvious reasons. So, he decided to change it to Ugly God.

The talented artist was born on September 19, 1996, in Indiana, United States. The real name of the artist is Royce Davison. Ugly God belongs to American nationality and his ethnicity is African American. His sun sign is Virgo. Likewise, his age is 25 years. He was born to an Afro-Dominican father and an African-American mother. On his upbringing, Rodriguez said, “My mom and dad divorced, so I was raised in the South as a Black person. If you’ve been to the Dominican Republic, you should know they have a lot of Spanish, dark Dominicans. They are Black as fuck just like me. My dad happened to be a Black Dominican and my mom’s Black. African-Americans and Latinos have it rough in the U.S.—I’m both, so I guess I’m double rough”.

Rodriguez grew up speaking both Spanish and English. After a few months after his birth, the parents moved from Indiana to Cleveland, Ohio. They again moved to Ohio and then to Houston after two years of being in Ohio. For most of his adult life, he spent in Houston. He wanted to become a computer engineer when he was young and enrolled at the University of Southern Mississippi. However, he later dropped out to pursue his dream of becoming a musician. He also played basketball for his high school basketball team. 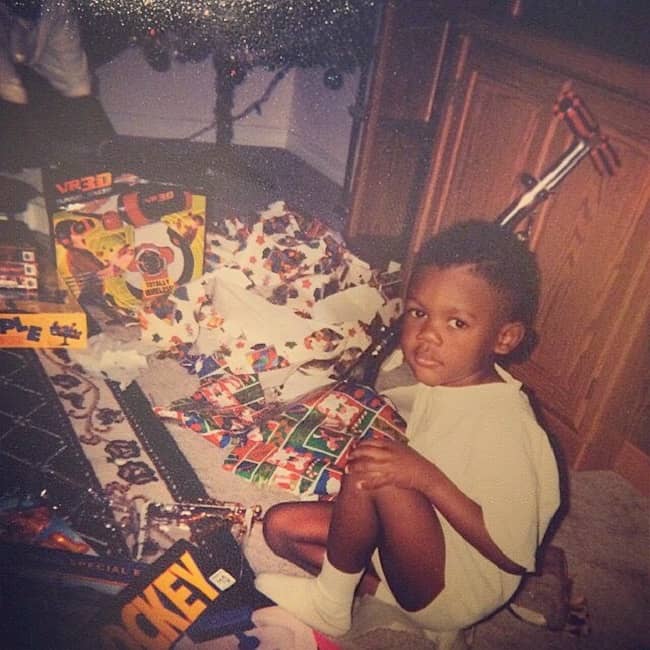 Caption: Ugly God when he was a kid (Source: Instagram)

From 7th to 10th grade, he used the handle ‘Pussy Bacon’. He changed his name to the famous ‘Ugly God’ because of social reasons, and his parents. He also states that he pioneered the name via improvisation when he exclaimed “I’m real Ugly”, which evolved into ‘Ugly God’. On July 27, 2015, he released his viral song “I Beat My Meat” through his SoundCloud account. This song has garnered over 33 million views. This was his third time uploading the song after his high school basketball coach made him delete it in fear of scaring away basketball scholarships.

On March 16, 2016, he released his single titled “Water” on his SoundCloud account, before being released for digital download as a single on November 19, 2016, by Asylum Records. The song debuted at number 100 on the Billboard Hot 100 and later reached number 80 on the chart. “Water” peaked on the On-Demand Streaming Songs chart at #47 on February 11, 2017, it also peaked at #34 on the Hot R&B/Hip-Hop Songs chart. In 2017, he received attention when he dropped a diss track targeted at himself named “Fuck Ugly God”, which started when he tweeted “Fuck it. I’m dropping an Ugly God diss track tonight. Fuck that bitch ass nigga Ugly God. When I see him its on sight. Midnight eastern time.” on June 26. The lyrics mostly concern things that had happened in his life that were used for roasting himself.

According to Vincent Caruso of Prefix Magazine, the roasts ranged from “deceptively mild” to “abjectly ruthless” to “frighteningly personal”. Within the song, he claims he was “jumped on Halloween” 4 years ago (2013), the song was also featured on his mixtape The Booty Tape. The song garnered over 13 million streams on SoundCloud. On August 4, 2017, he released his mixtape titled The Booty Tape. It charted at No. 27 on the Billboard 200.
Rodriguez was featured on the song “Boom!” by Lil Yachty, featured on his album Lil Boat 2, which was released on March 9, 2018. “Boom!” peaked at #88 on the Billboard Hot 100.

God released the EP just a Lil something before the album… ahead of his upcoming debut album, Bumps & Bruises. It was released on April 23, 2018, and consisted of 4 tracks: “Leave a Tip”, “WEWANTALLTHESMOKE”, “BITCH WHERE MY HUG AT”, and “Tropics”. It featured rapper Splash Drexler and had production from Nikki Bunkin, Shoki, and Red Drum. God also announced he would soon have two more projects released, Bumps and Bruises which would be his debut album, and an EP named 777. On March 28, 2019, he announced he would be releasing a single, saying he hadn’t dropped anything in a “hot minute”.

At midnight Eastern Standard Time he released “Hello”, featuring rapper Lil Pump. On May 10, he released another single “Lost in The Sauce.” with the music video. On July 13, he announced the release date for Bumps And Bruises and showed the tracklist on July 17. Then, on August 9, he released the Bumps & Bruises album as well as the deluxe version. The original had 14 tracks, while the deluxe had 16, with two singles (“Hello” featuring Lil Pump and “Lost in the Sauce”) as bonus tracks to the album. In an interview with the show Everyday Struggle, he said on the album’s release “It actually feels amazing to actually drop a body of music that, you know, I worked and put my all into, and that I’m super comfortable with—it feels fuckin’ good.”

God and producer Tay Keith collaborated on the song “Batman”, which currently holds 58.9 thousand streams on Soundcloud. He worked with other producers such as Reddrum, Nikko Bunkin, and others. He and rapper Wintertime collaborated on the song “Tell Me How You Feel”, which currently has 55.5 thousand Soundcloud streams. As the only other feature on the album, he worked with rapper Takeoff of Migos on the song “Hold Up”, which has garnered 119 thousand streams on Spotify. As of March 14, 2020, “Hello” and “Lost in the Sauce” have 4.39 million and 1.75 million streams on Soundcloud respectively. 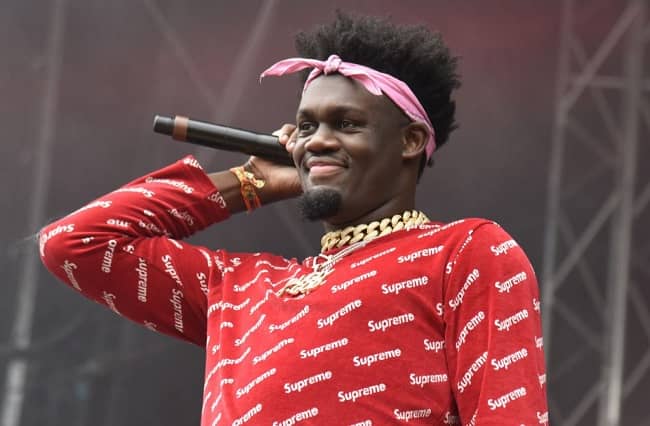 Being a talented artist, he has an estimated net worth of $3 million. His salary is derived from music sales, YouTube revenue, and concerts. Likewise, he lives in his condo which he named: “Nintendo water house”. He bought it for $500,000. The jewelry that he puts on is all fake. Also, he is only 24 now, so his net worth is bound to increase.

According to some sources, Ugly God is not yet officially married but he has publicly let the world know that he has a girlfriend whose name is Edith. She has become an Internet celebrity due to her relations with the rapper. Moreover, he has managed to keep himself away from scandals there are a lot of celebrities in his shoes-at least for now. 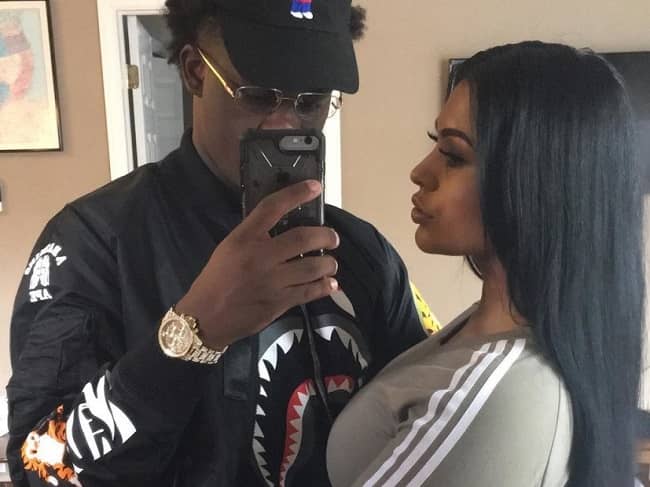 Talking about his body measurement, Ugly God stands a height of 5 feet 9 inches tall and has a weight of 90 kg. He has a dark complexion and average body type. Similarly, he has a pair of dark brown eyes and black hair. Other information regarding his body measurement is not available at the moment.