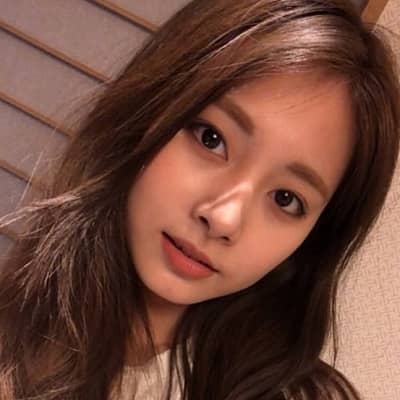 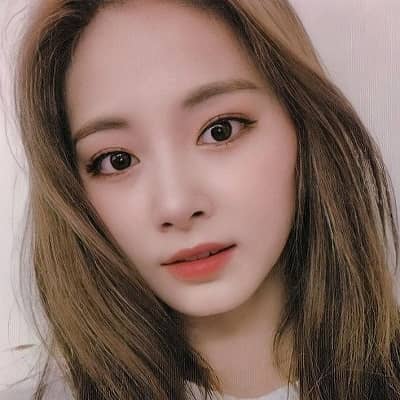 Tzuyu is a Taiwanese K-pop idol, famous as a band member of “TWICE”. Tzuyu is a lead singer, and dancer and has been featured in various videos like ‘Happy Happy’ and ‘Likey to name a few. Furthermore, her on-screen appearances include herself in TV series like ‘Weekly Idol’, ‘Knowing Bros’, and ‘Idol Room’.

Tzuyu ‘s full name is Chou Tzu-yu. She is called by the names like Yoda, Chewy, and Chocolate.  Likewise, She is the household name of Chou. She was born on June 14, 1999, and has turned 22 years old. She was born to  Chou Yi-Cheng and  Huang Yen-ling in  East District, Taiwan. Her parents were self-made entrepreneurs. She is Taiwanese by nationality and Asian by ethnicity. She follows Protestant  Christianity as her main religion. Chou was born with the sun sign of Gemini. She has a family of four, however, she has not disclosed her older brother’s identity.

Reflecting more on her, she has outstanding archery skills. Because of her ‘TWICE’ won the first round in Idol Star Athletics Championships (ISAC). One of her videos while shooting the arrow became viral all over the internet.  The lesser-known fact is she is an animal lover and volunteer in an animal shelter.

Reflecting on her educational background, she attended Tainan Municipal Fusion Junior High School for completing her middle school. When she moved to South Korea, she got enrolled at Hanlim Multi Art School and graduated in February 2019. 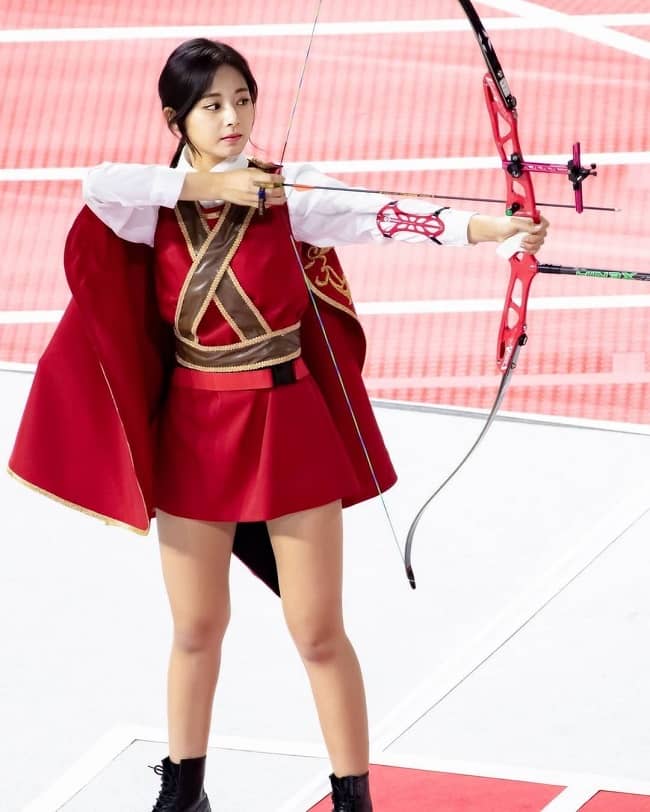 Tzuyu’s inclination toward arts started at a very early age. She joined the dancing classes and is a trained dancer. She attended the ‘MUSE Performing Arts Workshop’ in Tainan where she was discovered by some talent scouts. Likewise, She moved to Korea in November of that year she focused on training and performing arts like dancing, acting, and singing. As soon as she turned 16 in 2015, Chou debuted in the South Korean show ‘Sixteen’. Her skills were highly applauded in the show, as a result of which she became a member of the K-pop girl group, ‘TWICE’.

Professionally, she is the youngest performer of TWICE under JYP Entertainment. Her journey began in 2015 with their first extended play, The Story Begins.“Twice” held its first live show on October 20, 2015. They performed all their songs from their debut. Among all, ‘Like Ooh-Ahh’ is one of the singles of the extended play which garnered 100 million views and became one of the most popular K-pop songs. ‘Twice’ released singles like “Cheer Up” and “TT”. The former bagged the ‘Mnet Asian Music Award’ while the latter became the first-ever song to reach 100M views on ‘YouTube’.

In 2017, they started tours to South Korea, Thailand, and Singapore too. Twice made a Japanese website with the motive of increasing popularity in Japan. Also, they released their debut Japanese single, “Signal” to target the Japanese audience. ‘TWICE’ held a concert in Tokyo and released their first debut album, ‘#Twice’.

The Japanese single, “One More Time” became an instant hit which made ‘TWICE’ the fastest-selling girl K-pop group in Japan. The other song topped the ‘Billboard World Albums chart. Moreover, The group released Japanese singles and extended plays such as  ‘Candy Pop,’  ‘What is Love?’, ‘Yes or Yes,’ and  ‘Wake Me Up’ to name a few. She has appeared in the short videos of the TWICE Japanese versions of ‘Happy Happy’ and ‘Likey’. 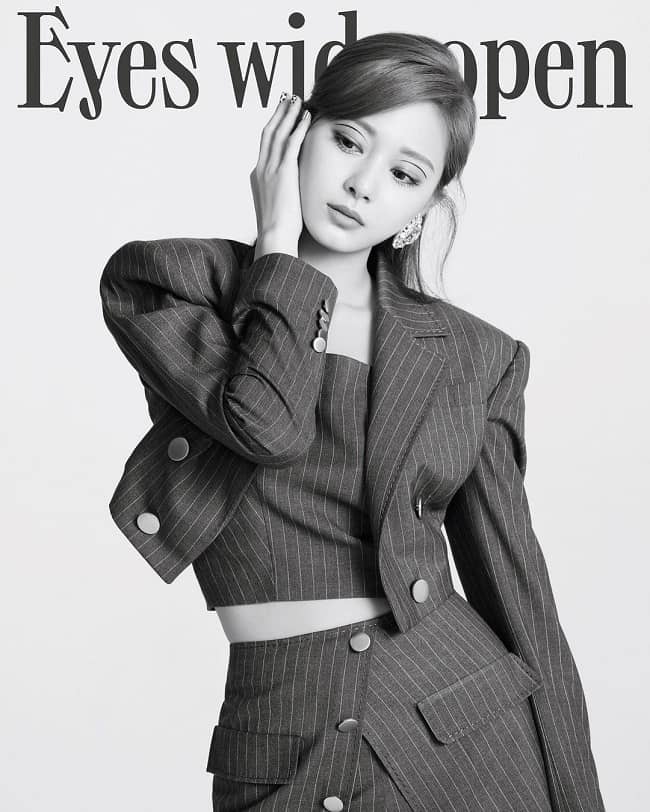 She has appeared as herself in various series from the year 2015. ‘Weekly Idol’, ‘Knowing Bros’, and ‘Idol Room’ are some of the series she had made on-screen appearances.’Twice: Seize the Light’ is the TV Mini-series documentary and the 8-bit Melody challenge are her notable works in the year 2020.

She also endorses the brand TWICE and does modeling too. She has been featured as a Covergirl for ‘VOGUE’. Likewise, She was the brand ambassador of Tomaru Cosmetics. Some of the other brands she has endorsed along with her TWICE members are Lemona, I CAN’T STOP ME items,  LG U+ Digital Video  Portal, and so on. She had a photoshoot for MLB too.

She was accused of being a Taiwanese independence activist when she introduced herself as a Taiwanese citizen in the show, ‘My Little Television’ in November 2015. She was brought up in the controversy when a Chinese singer Huang An took to social media and the hatred spread like a  wildfire. As a result which Chinese channel banned ‘TWICE’ and brand endorsement with Chinese brand endorsement was also terminated. The issue also affected the election in Taiwan. However, Taiwanese politicians came in front in support of Chou. After facing a lot of criticism and hatred, the matter cooled when she apologized via a video. ‘JYP Entertainment’ had to face a  lot of loss.

Beautiful Chou is a successful singer, songwriter, dancer, and actress. But her sheer focus from early age brought her name and fame. But she has a multi-source of income. However, Chou has not mentioned separately how much she earns. Her net worth is estimated to be $2M.

Tzuyu ‘s sexual orientation is straight. Chou is more focused on her career rather than her love life. She is a beautiful and successful woman, it would not be difficult for her to find the love of her life. There is no record of her relationships. She has not been involved in any controversies until now. Currently, she seems to be single.

Tzuyu is gorgeous. She stands tall with a height of 5 feet and 7 inches and has a weight of 52 kg. Her other body measurements are recorded as 32-23-34 inches. Likewise, she has a slim build.  Chou has a fair complexion with Light Brown eyes which adds extra beauty to her charming personality. She has a natural black hair color but she often dyes her hair. 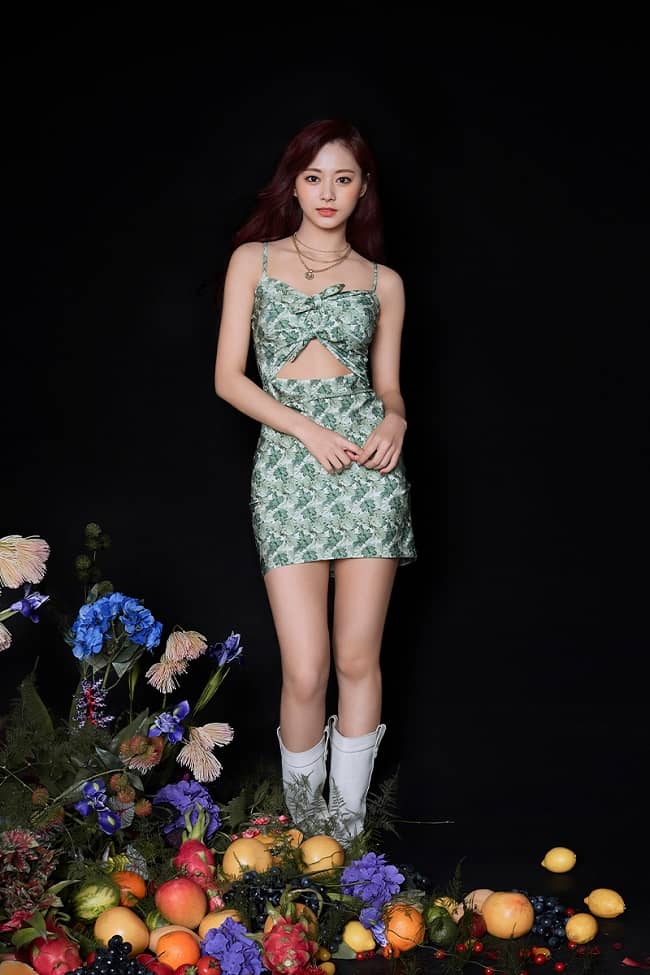 She has massive followers on her social media handles. Her Instagram handle, @tzuyutwicee_ with more than 75.9k followers. Similarly, she has a Facebook account under the username, Chou Tzuyu has altogether 775 followers. Chou is available with the Twitter handle, @Tzu99. She joined Twitter on April 24, unlike other celebrities she does not have a huge fan following in her Twitter account. Moreover, her Twitter account’s followers have reached 736 in number.  She also owns a YouTube channel, Tzuyu – Topic, and has amassed 24.4K subscribers.