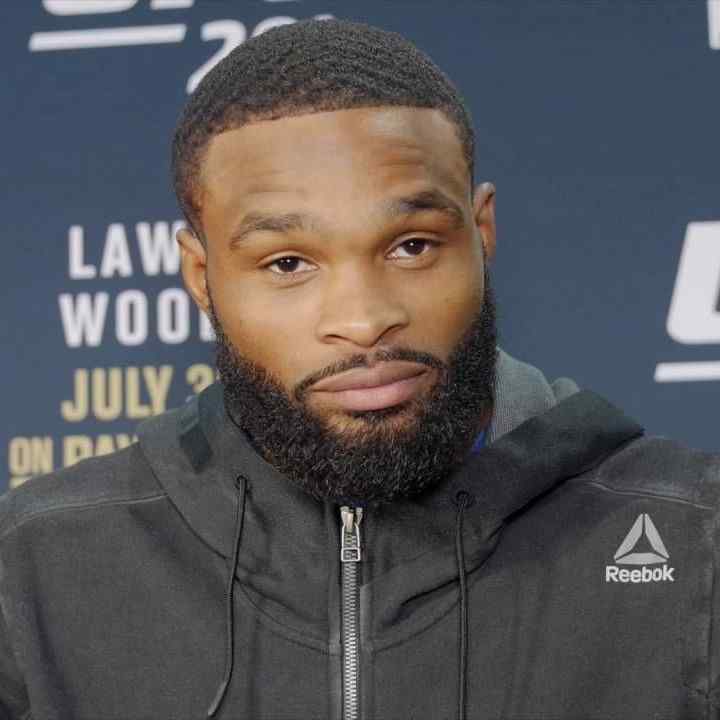 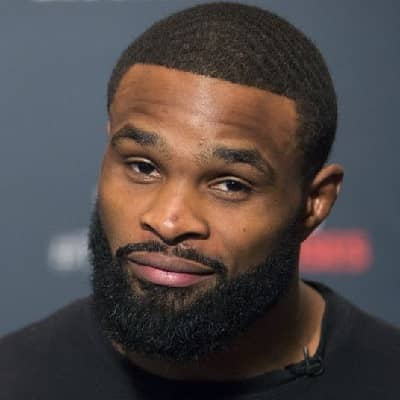 Tyron Woodley was born Tyron Lakent Woodley on April 7, 1982, in Ferguson, Missouri, U.S. Currently, his age is 40 years old. He is the eleventh of thirteen children of Sylvester and Deborah Woodley.

He was raised by his mother after his father left the family early in his life. His mother’s name is Deborah Woodley and his father is Sylvester Woodley. He was a two-sport athlete, competing in American football and amateur wrestling, in high school.

Also, he won the Missouri 4A Men’s State Championship in 2000 in the 160lb weight class.

After graduating from McCluer High School in 2000, he attended the University of Missouri and joined their wrestling program. In the program, he became a two-time All-American; once in 2003 and again in 2005.

Later, he graduated from the university in 2005 with a major in Agricultural Economics.

As of 2021, his net worth is estimated to be $5 million. He is one of the highest-earning UFC fighters with a UFC career disclosed earning of about $4,174,000. Also, he earned $500,000 excluding PPV money despite his Championship loss to Kamaru Usman at UFC 235.

Hence, he has earned millions through contracts, bonus awards, and sponsorships. He also earns from his acting career. He has also achieved a milestone in his wrestling career.

Regarding his achievements, in mixed martial arts, in the Ultimate Fighting Championship, he got the title of UFC Welterweight Championship on 30 July 2016 once and Knockout of the Night (One time) vs. Josh Koscheck.

Similarly, he achieved Performance of the Night (Three times) vs. Dong Hyun Kim, Robbie Lawler, and Darren Till and Fight of the Night (One time) vs. Stephen Thompson. 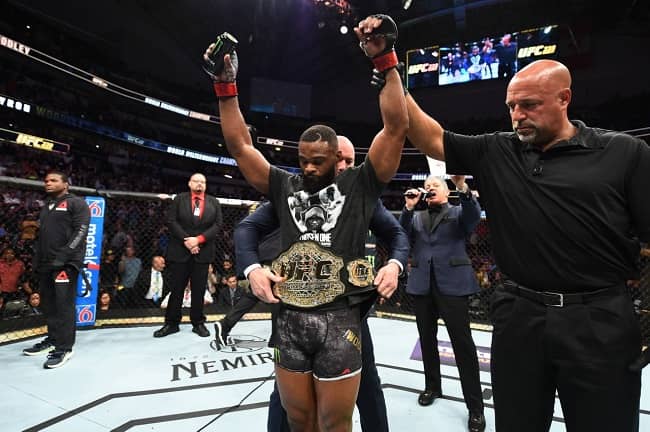 Caption: Tyron Woodley retains the welterweight belt with the 2nd-round submission of Darren Till at UFC 228. (Source: Yahoo! Sports)

On February 7, 2009, Tyron fought his first professional fight against Steve Schnider which was held at the Holiday Inn Select Executive Center in Columbia, Missouri by Headhunter Productions.

He made his Strikeforce debut on June 6, 2009, at Strikeforce: Lawler vs. Shields against Sal Woods in his hometown of St. Louis, Missouri. He won the fight via submission in the first round. Following the win, he was signed by Strikeforce to a six-fight deal.

Then, he fought his second Strikeforce fight against Zach Light at Strikeforce Challengers: Kennedy vs. Cummings car. Woodley won via submission in the second round. 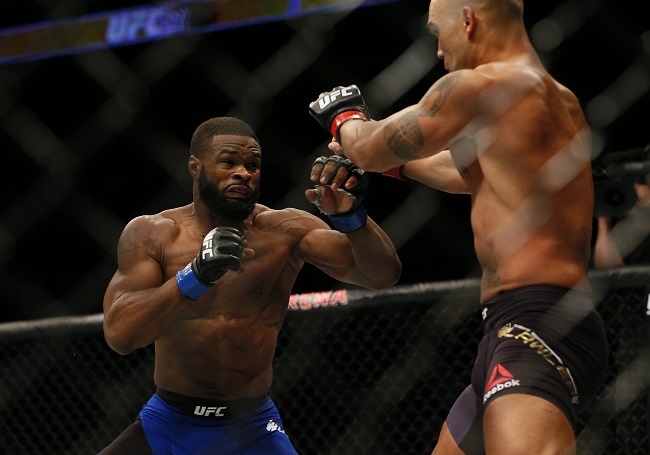 He defeated Paul Daley via unanimous decision and Jordan Mein via split decision.

After that he was scheduled to fight Nate Marquardt on 4th July 2012, at Strikeforce: Rockhold vs. Kennedy for the vacant Strikeforce Welterweight Championship but he lost the Championship to Nate via KO in the fourth round.

He made his Ultimate Fighting Championship debut on 2nd February 2013, at UFC 156 against Jay Hieron where he replaced injured Erick Silva to fight Jay it took only 36 seconds of the opening round to knock out Jay and he won the fight via KO in the first round.

He lost a UFC bout on 15th June 2013, at UFC 161 against Jake Shields via a split decision. And then he defeated Josh Koscheck in November 2013 at UFC 167 via knockout in the first round, earning him his first Knockout of the Night bonus award.

Likewise, he then defeated former Interim Welterweight Champion Carlos Condit at UFC 171 via TKO where Condit suffered a knee injury in the second round.

Moreover, he signed a new eight-fight contract with UFC on 8th April 2014, alongside his bout against Rory MacDonald at UFC 174 where he lost the fight to Rory via unanimous decision.

He earned his first Performance of the Night bonus award on 23rd August 2014, defeating Dong Hyun Kim via TKO in the first round at UFC Fight Night 48. Also, He defended his Welterweight championship defeating Stephen Thompson twice at UFC 205 and UFC 209.

Tyron married Averi Woodley, a fitness guru and they have four children. They are named Tyron Jr., Darron, Dylan, and Gabby. The couple first met while in high school and later reconnected at Southern Illinois University Edwardsville.

He publicly condemned the violent protests and looting that took place during civil unrest happening in his hometown of Ferguson, Missouri. Missouri engaged in civil unrest following the shooting of Michael Brown in Missouri.

In recent times, he was caught cheating on his wife. The paparazzi snapped some pictures of him cup caking with a woman who was not his spouse. Besides this, there are no rumors of Woodley being involved in any kind of affair with other women. 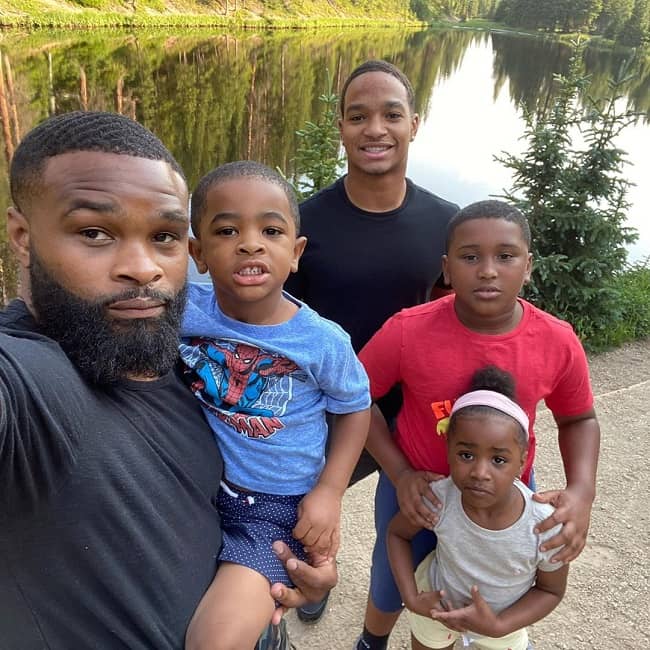 He has a Facebook page with the username @tyron.woodley which is followed by 171k people. Furthermore, he also has a self-titled YouTube channel (Tyron Woodley) which has 45.9 k followers.