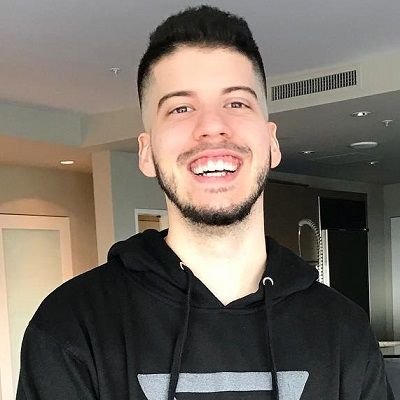 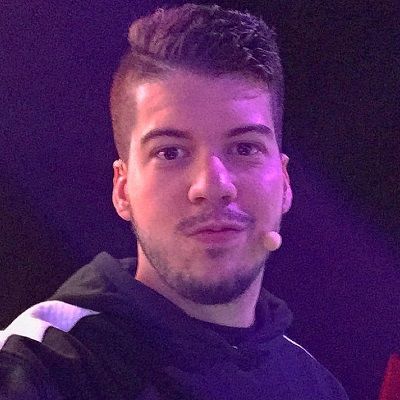 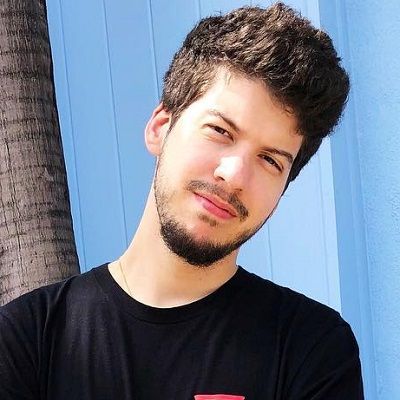 TypicalGamer is a well-known Canadian gamer on YouTube, whose funny gaming content oftentimes features Grand Theft Auto. TypicalGamer is known for his remarkable and creative gameplay. Moreover, he also often live streams on his channel to allow viewers to watch him playing games live with uninterrupted narration.

TypicalGamer’s real name is Andre Rebelo. He was born in Toronto, Ontario, Canada on 23rd March 1992. His age is 30 years old and is an Aries. Andre has a brother named Billy. Moreover, it was Billy who suggested to him the name ‘Typical Gamer’ for his channel. Further information related to his family background. Also, there are no details regarding his educational journey. 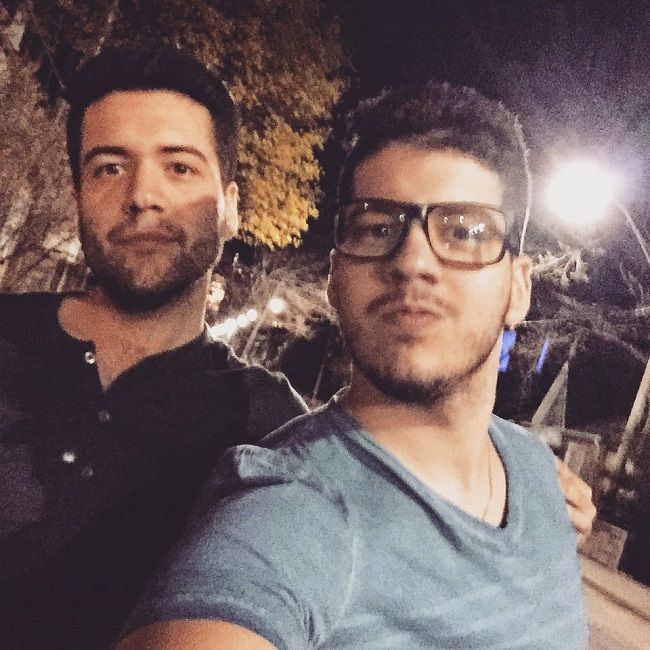 Typical Gamer is a YouTube streamer who started with Red Dead Redemption on August 24, 2008. He posted a number of gaming videos related to the game. Soon after, the gamer started to play other games like Call of Duty: Black Ops, Assassin’s Creed 3, Halo 4, Minecraft, and Mob of the Dead. And in 2013, he shifted to the game GTA5 and found much success. Soon his subscriber count crossed one million. As of now, it has several videos related to GTA5, all of which have garnered hundreds of thousands of views.

After he experienced significant success with Grand Theft Auto V gameplay, Andre started uploading more consistently and focused on exploring the entire world behind the game. He also started analyzing both its singleplayer and multiplayer modes, discussed facts, rumors, showcased his skills in both the core game and by testing out fanbase-made mods and collaborated with other gaming YouTube channels.

He also occasionally uploaded gameplays of Batman: Arkham Origins, Assassin’s Creed 4: Black Flag in 2013, but the majority of content remained Grand Theft Auto V. Andre also made short video series regarding games such as ARK: Survival Evolved, Fallout 4, and started filming vlogs in 2015, while in 2016, he played games such as Far Cry Primal, Rainbow Six Siege, Battlefield 1, and Subnautica on his channel.

In 2017, he also played and recorded video games such as WWE 2K17, Ghost Recon Wildlands, Dying Light, Friday the 13th Game, Minecraft, Middle Earth: Shadow of War, and Call of Duty WW2. Furthermore, in late 2017, Andre began playing the game that brought him a large surge in subscriber count, Fortnite Battle Royale. The multiplayer shooter game quickly became widely recognized and extremely popular and spawned a new era of live-streamers on Twitch and YouTube, and him the recognition as one of the 1st flags, going back as early as 2007. 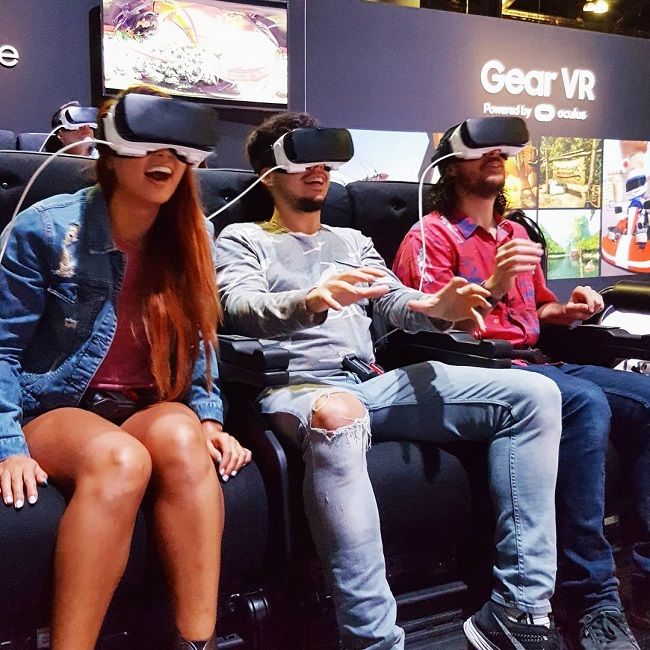 Andre has also published a lot of gaming videos concerning the games Grand Theft Auto 5, Fallout 4, Far Cry, BattleField, and WWE. Further, his recent gameplay videos are related to the popular game Fortnite. Typical Gamer uploaded his most viewed video on November 17, 2014. He now plays games like Fortnite and is very successful in it.

All of his videos are unique, detailed, and extremely popular on the social media platform. Some of the most-watched videos on Rebelo’s gaming channel are ‘GTA 5 PS4 – Free Roam Gameplay LIVE! Next Gen GTA 5 PS4 Gameplay’, ‘GTA 5 – Free Roam Gameplay LIVE- GTA 5 Gameplay’, and ‘Huge PS4 and Xbox One Giveaway’. The first two videos are live streams of the YouTuber’s most-watched game GTA5. The third video features a huge giveaway conducted by him for his fans. All three videos have garnered millions of views.

Rebelo is in a relationship with Samara Redway. His girlfriend is a YouTuber who posts content related to makeup, fashion, and general vlogs on her channel. He revealed his relationship with Samara Redway by posting YouTube videos ‘The Whisper Challenge With My Girlfriend!!’ uploaded to his channel on March 24, 2016, and ‘TOUCH MY BODY CHALLENGE!!’ on March 26, 2016.

In a later video on her channel, Samara revealed that they officially began dating on October 6, 2015, after around 2 to 3 months of talking and getting to know each other. Andre found out her through a mutual friend who showed him her profile, and he started following her on Instagram, and then “slid into her DMs.” Moreover, they were also supposed to meet in Vancouver, Canada when he came into town, but he ditched her and went out with a few of his male friends. 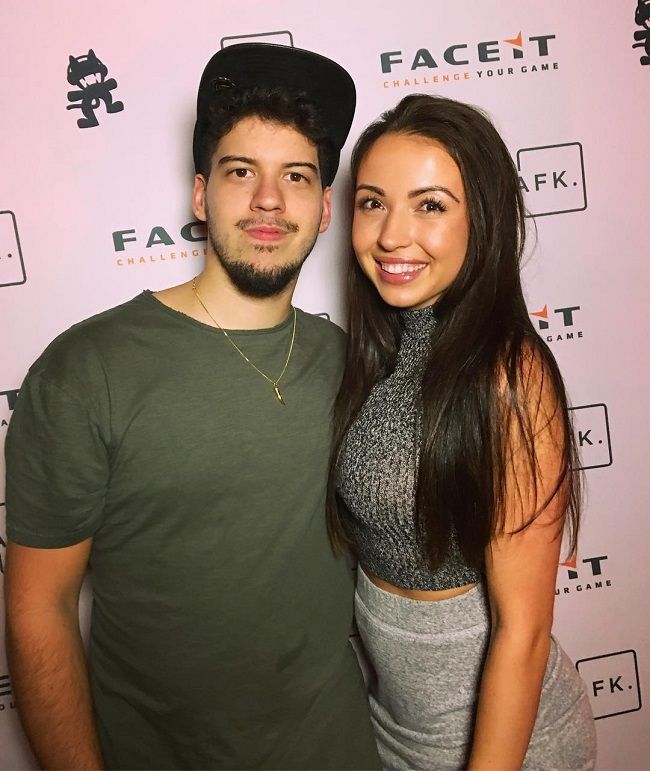 More about their relationship

Sarama also stated that he was terrified of “sealing the deal” and it took him more than 30 minutes after she dropped him off at the airport after the 1st date. They started traveling together to places such as Hawaii and China and vlogging the experience with both cameras and drones. Both of them are also very adventurous, and have explored an abandoned military bunker in March 2017, and filmed the whole thing.

Likewise, Andre and Samara also started living together in a new house in May 2019 and used her 2nd YouTube channel to publish videos of challenges, pranks, Q&As, vlogs, and talks about their life behind the scenes of being social media personalities.

And on October 6, 2018, for their 3rd anniversary, besides going out to dinner, they celebrated the evening in bed watching the movie Jurassic Park (2018). In addition, both of them decided to answer the commonly asked question, which is why hasn’t their fanbase seen them kissing in videos. However, Samara isn’t comfortable with public displays of affection.

Likewise, he has kept himself far away from rumors and controversies. He has maintained a good profile and didn’t face any controversial act to date. He is more focused on developing his career rather than involving in any kind of controversial acts.

He has maintained a fit and healthy body physique. Andre has a height of 6 feet and weighs around 80 Kgs. He has brown hair and dark brown eyes. Further details regarding his body stats are not provided. Overall, he has a great personality.

Andre is socially active on various social networking sites. He is able to gain over 601K followers on ‘@typicalgamer’ Instagram account. He is also active on Facebook with more than 845K followers. Similarly, he has earned over 850K followers on his Twitter account.

Heading towards his earnings and net worth, he obviously earns a handsome amount of money through his profession. His gaming videos might earn a huge amount of money. However, $8 million is his estimated net worth as of 2020.